Husband and wife photog duo The Ganeys had nothing but raves to share about sweet couple, Nicole and Jarrod. And from glancing at their photos, it’s no surprise, really. Their bright grins say it all. The duo interacted beautifully with one another and the camera, and pairing it with the glorious Bok Tower Gardens, we think this session is a definite home run. 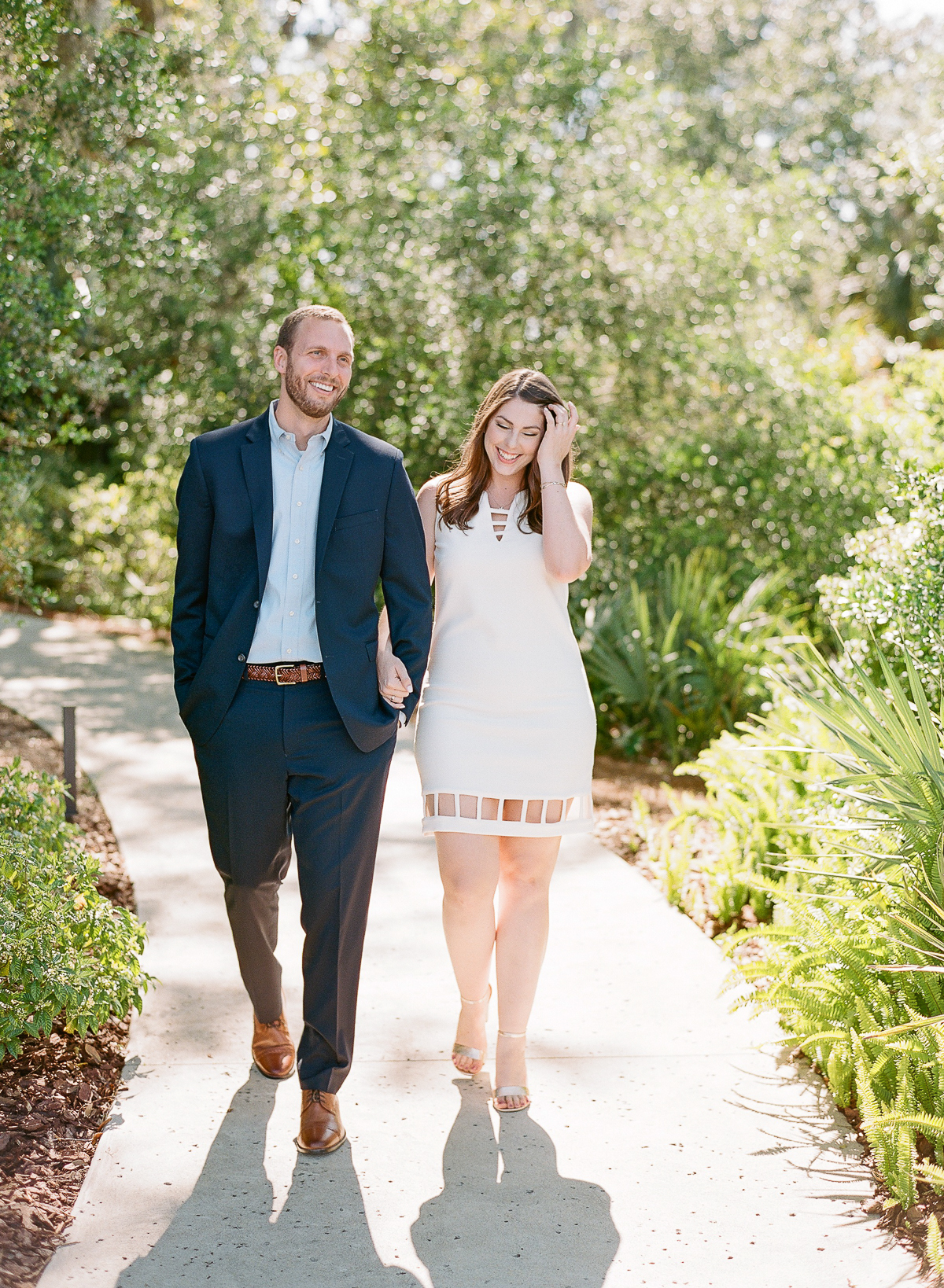 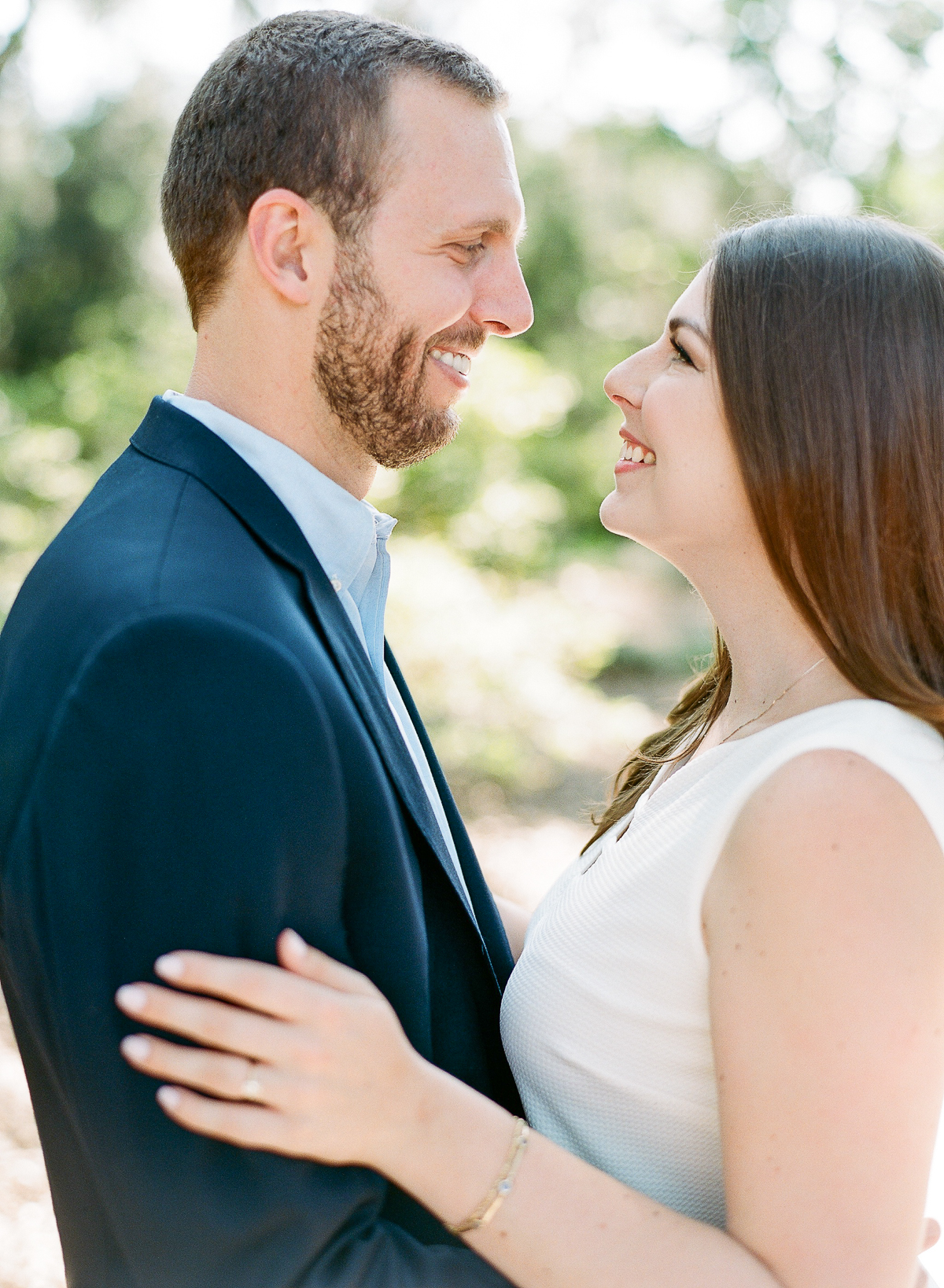 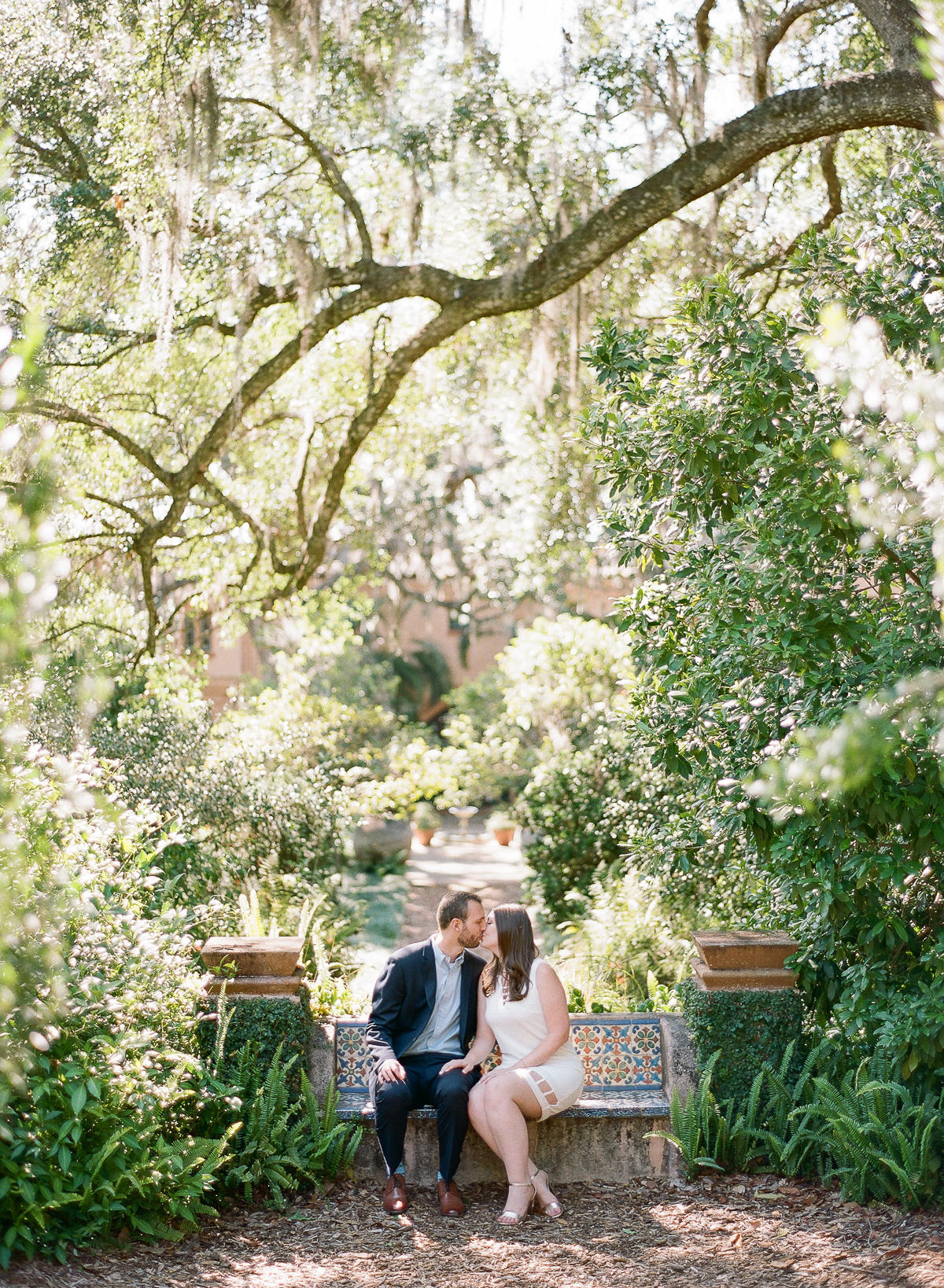 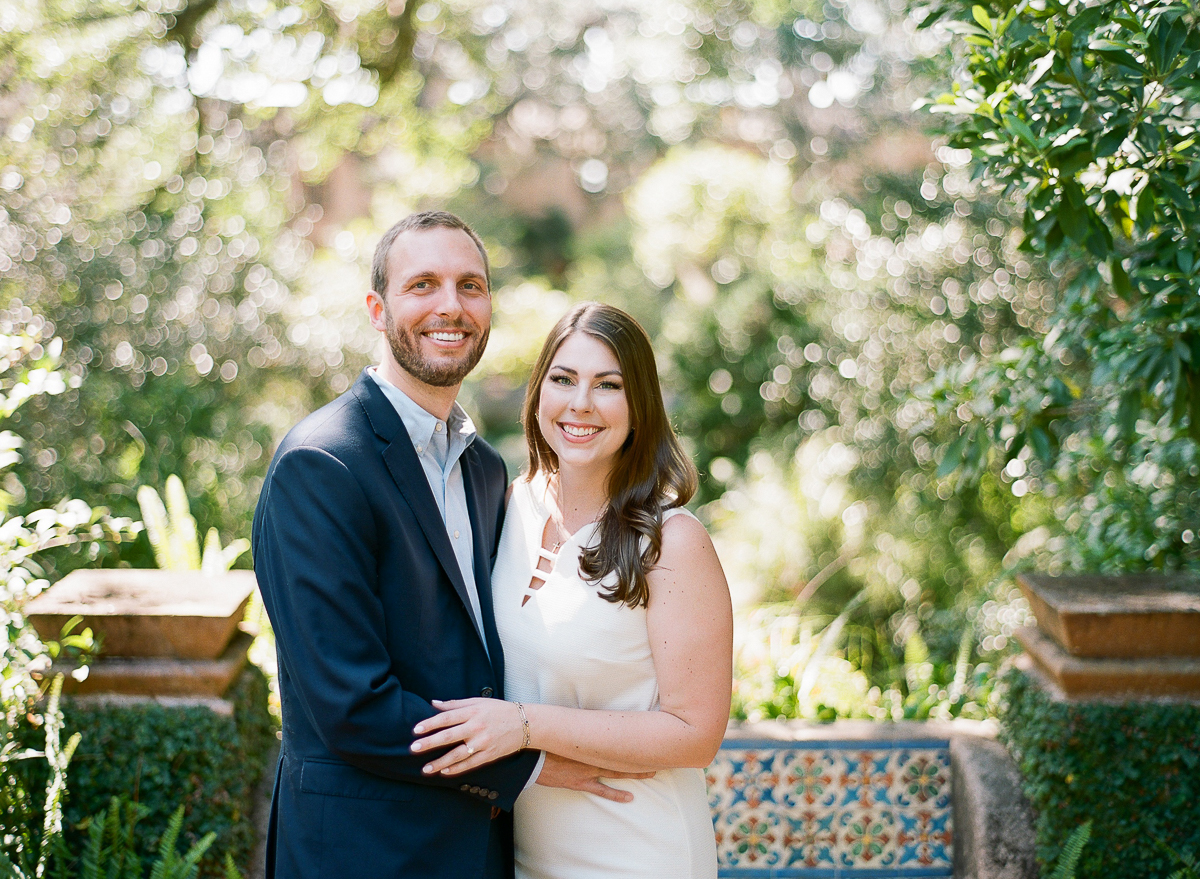 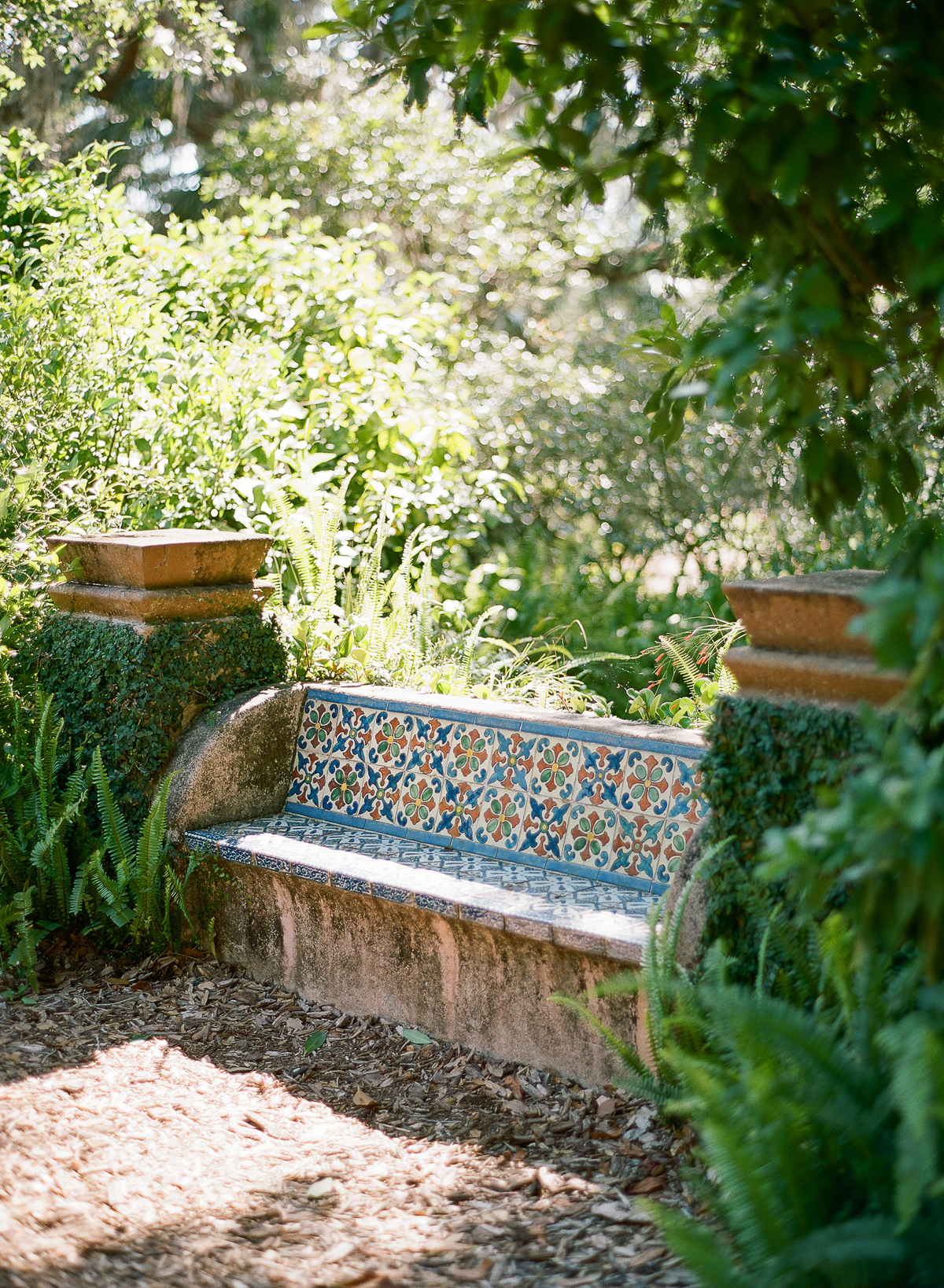 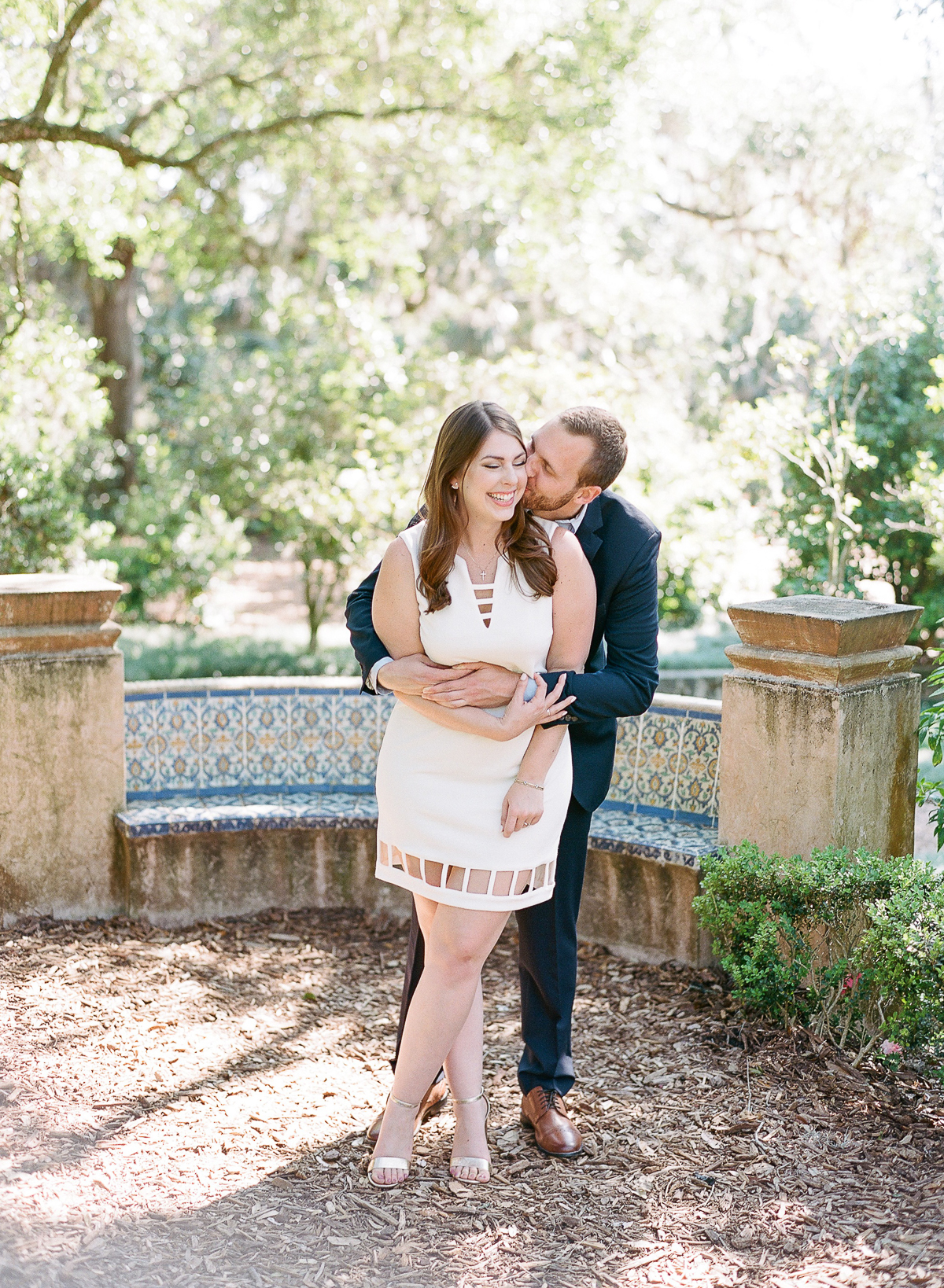 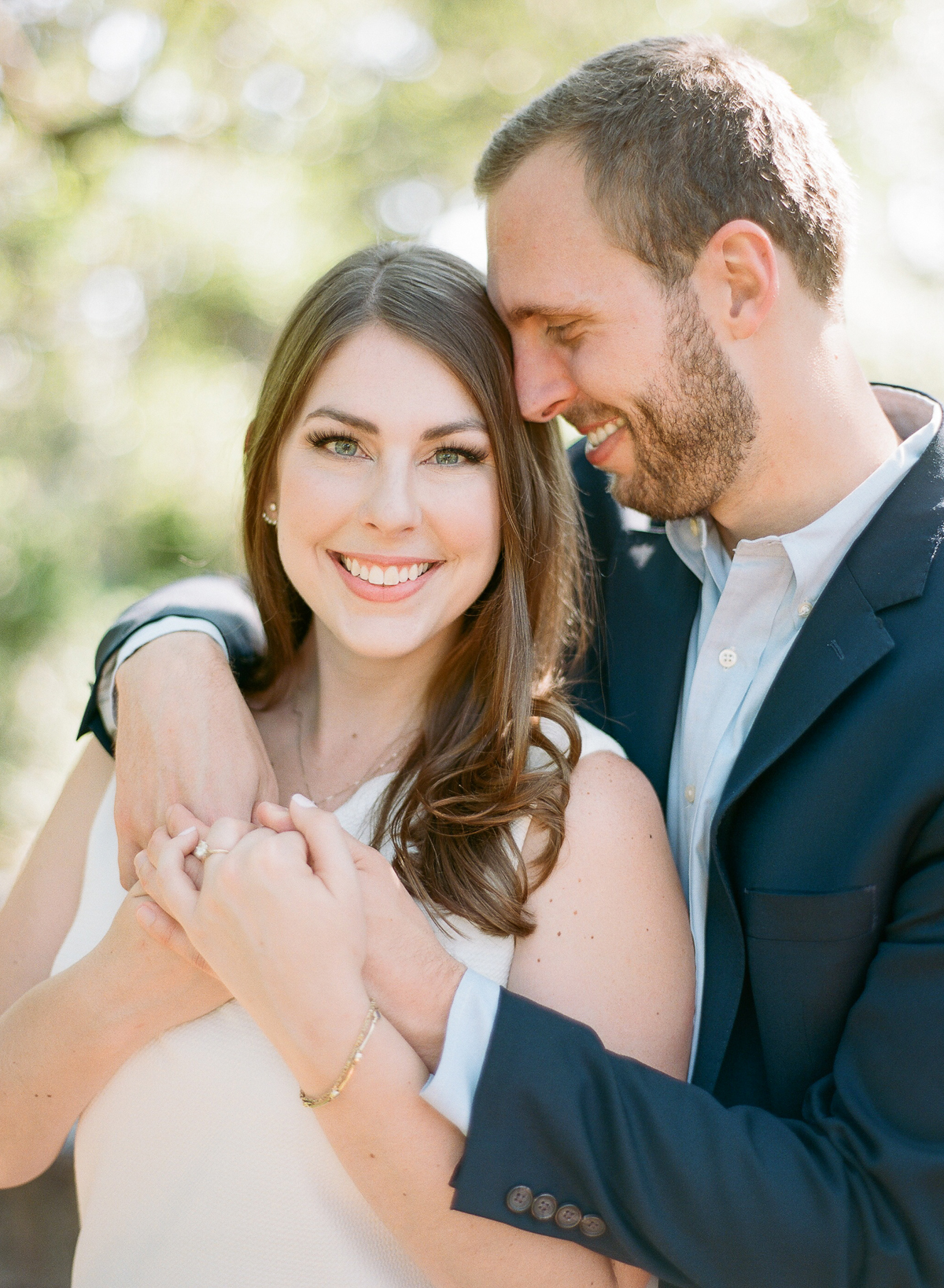 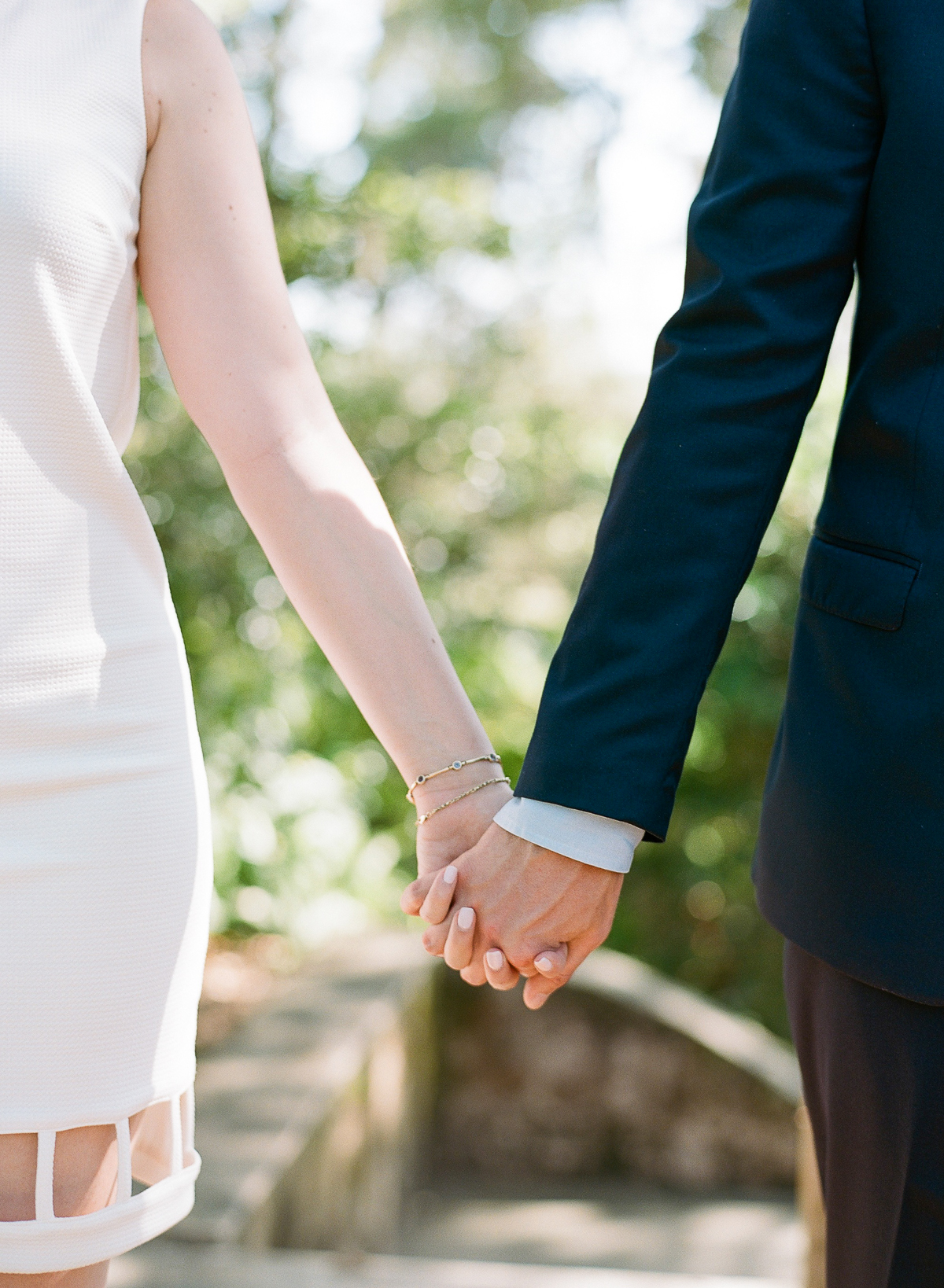 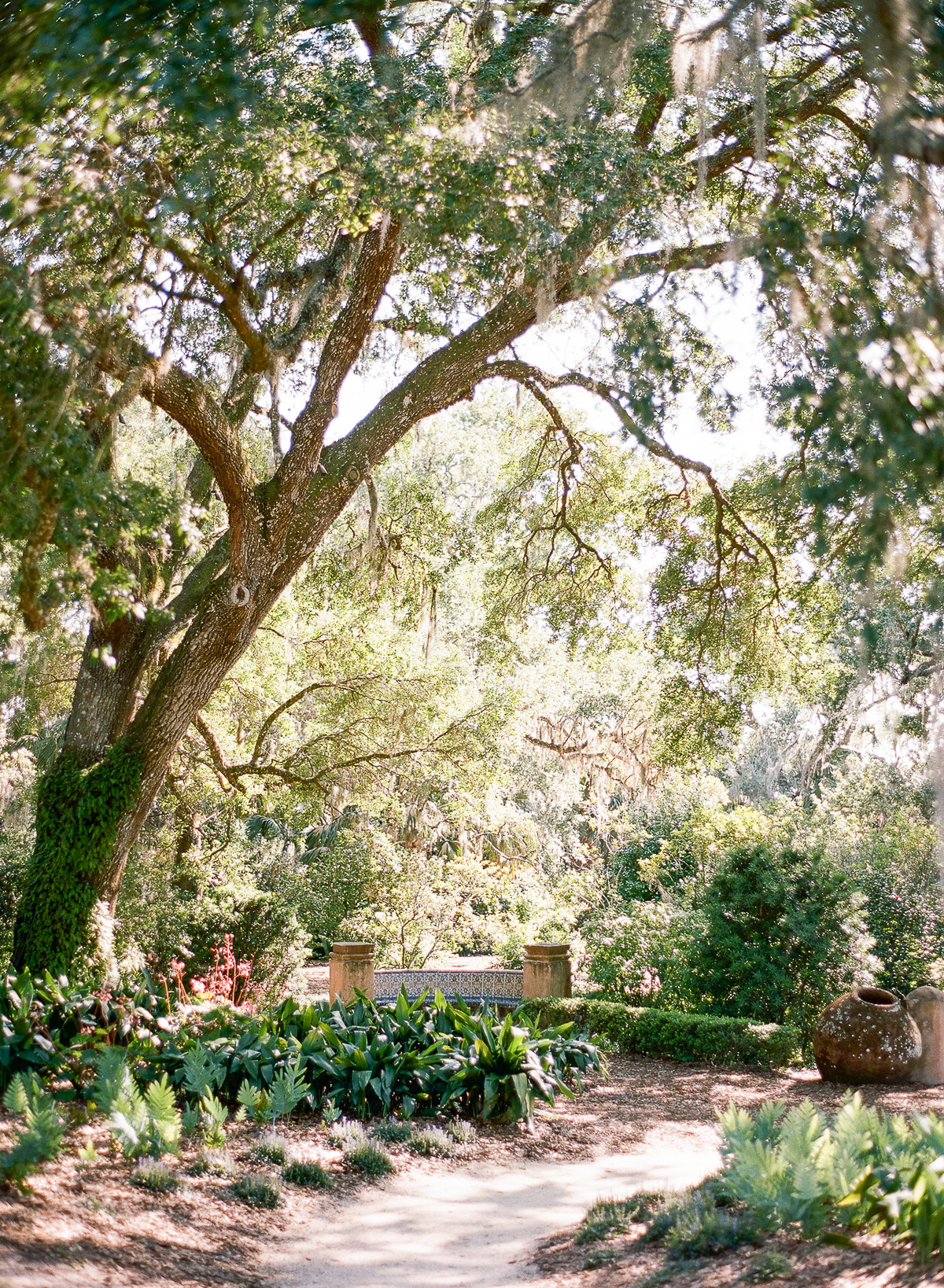 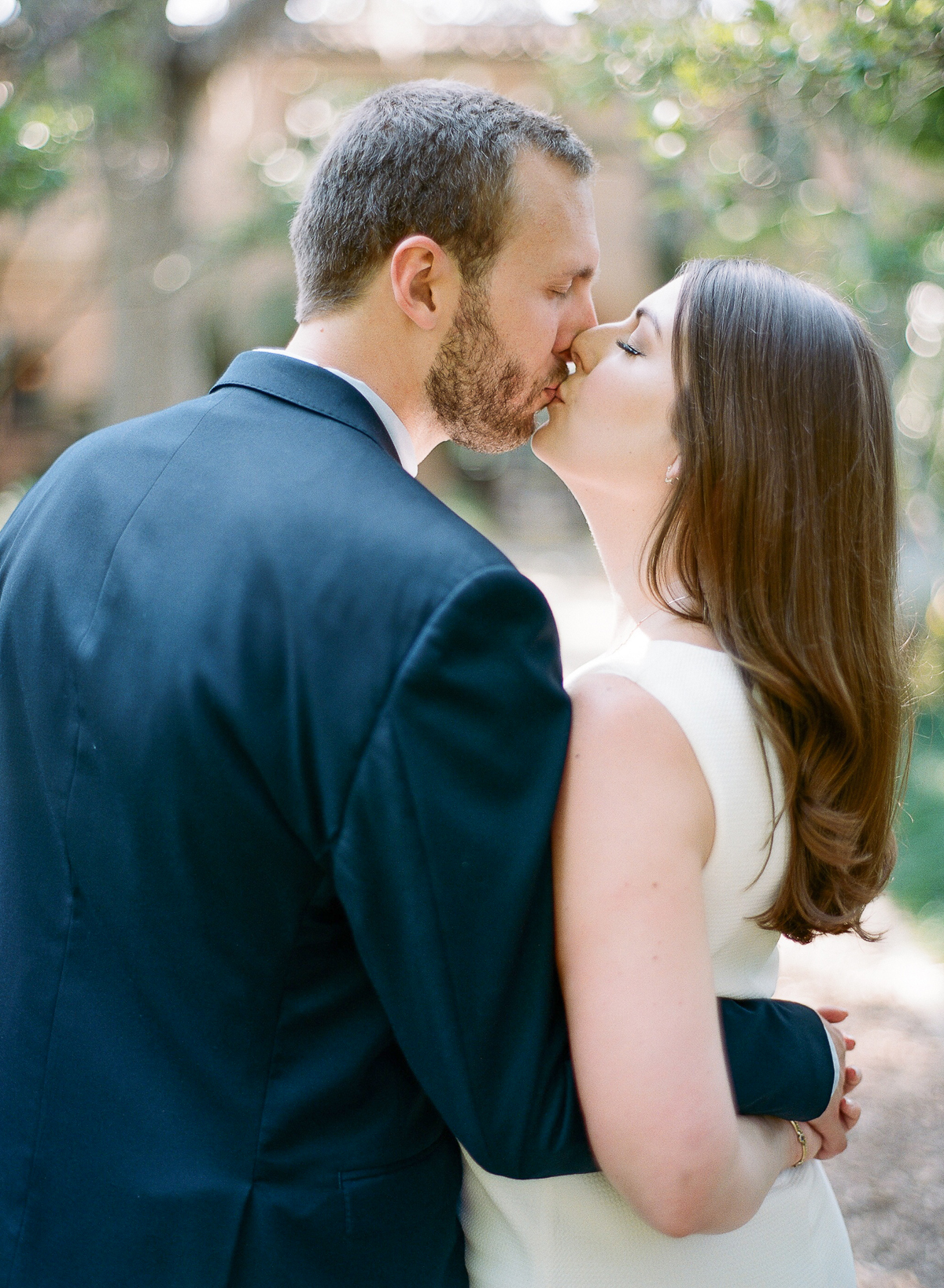 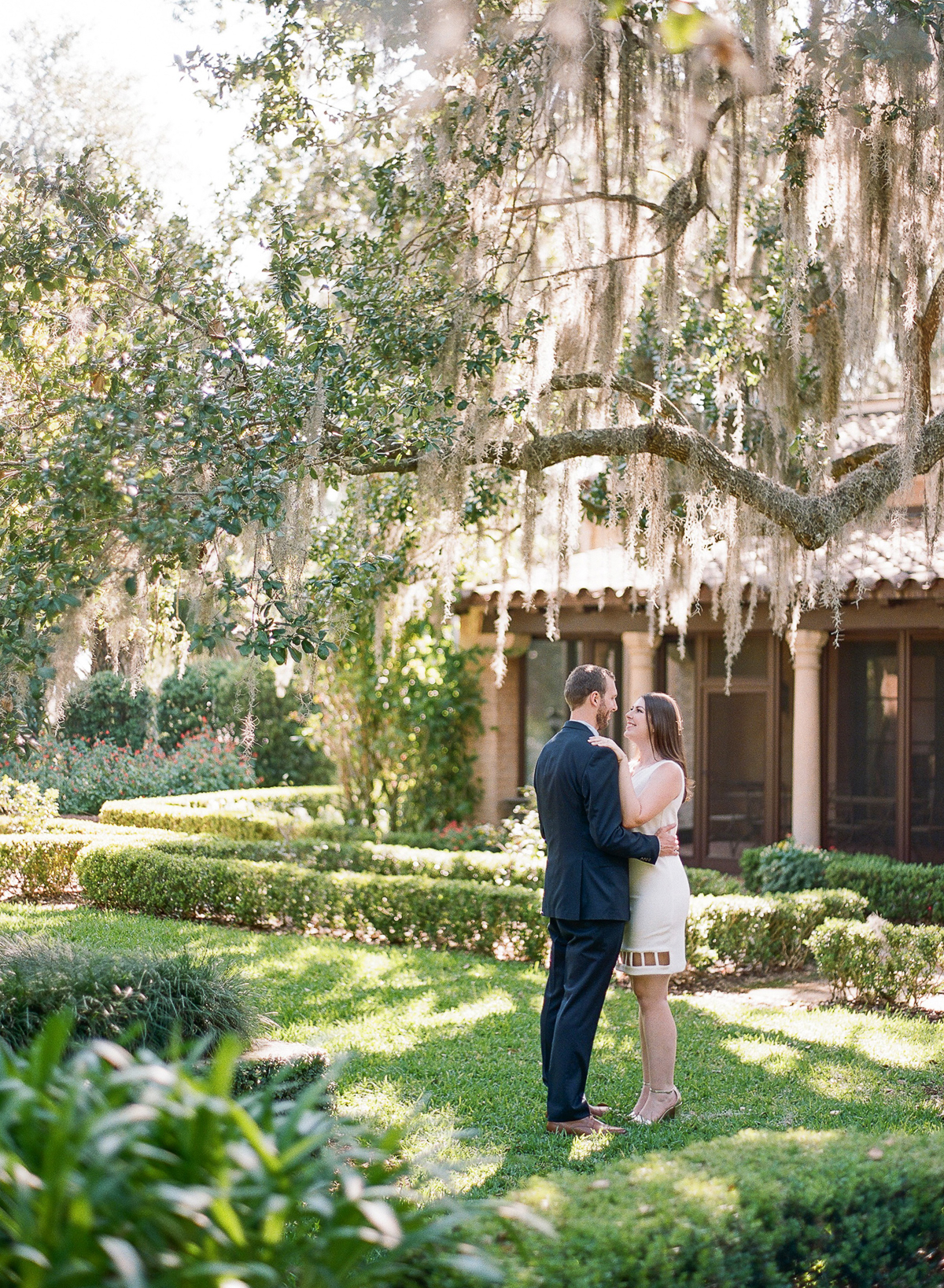 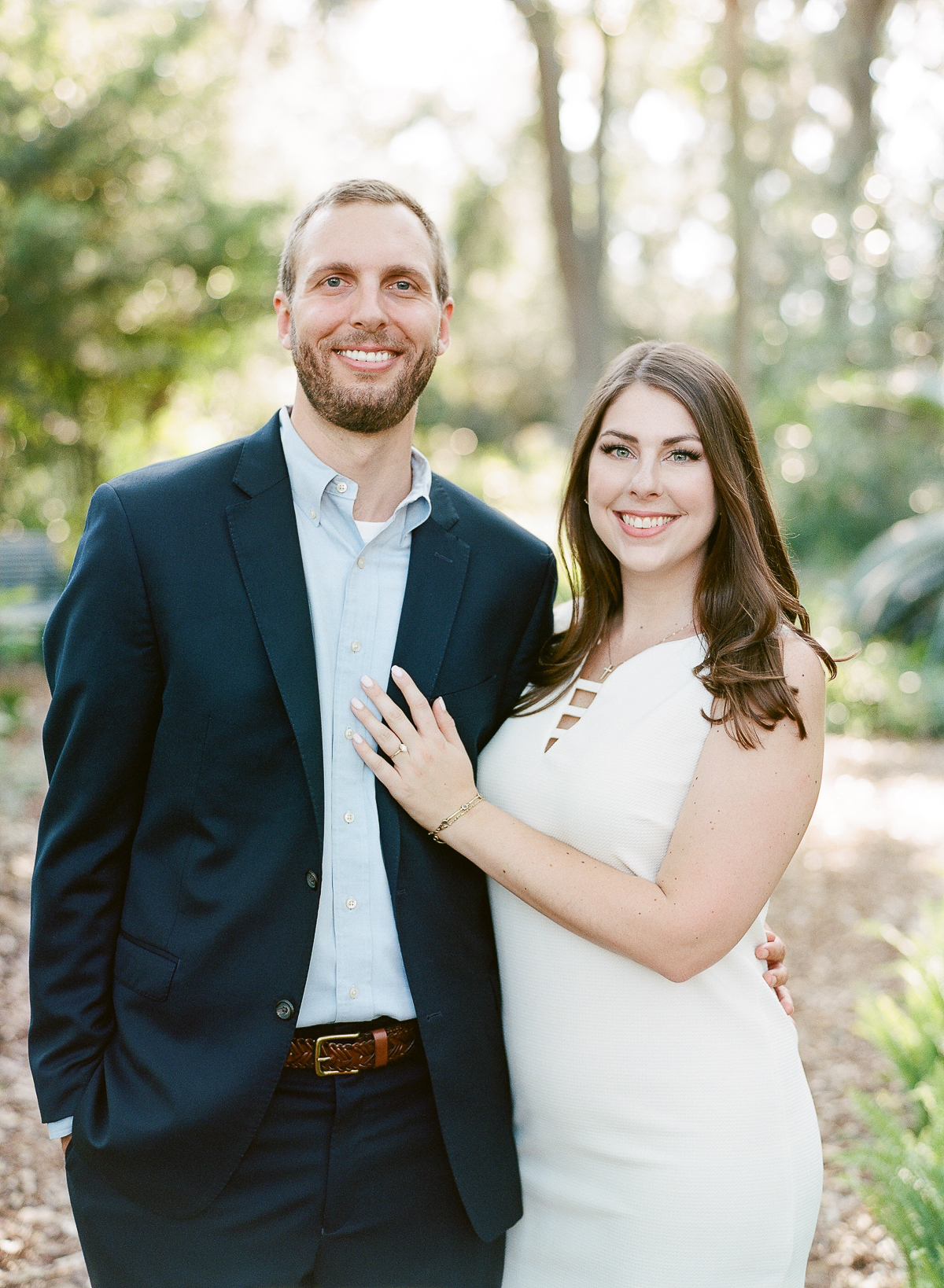 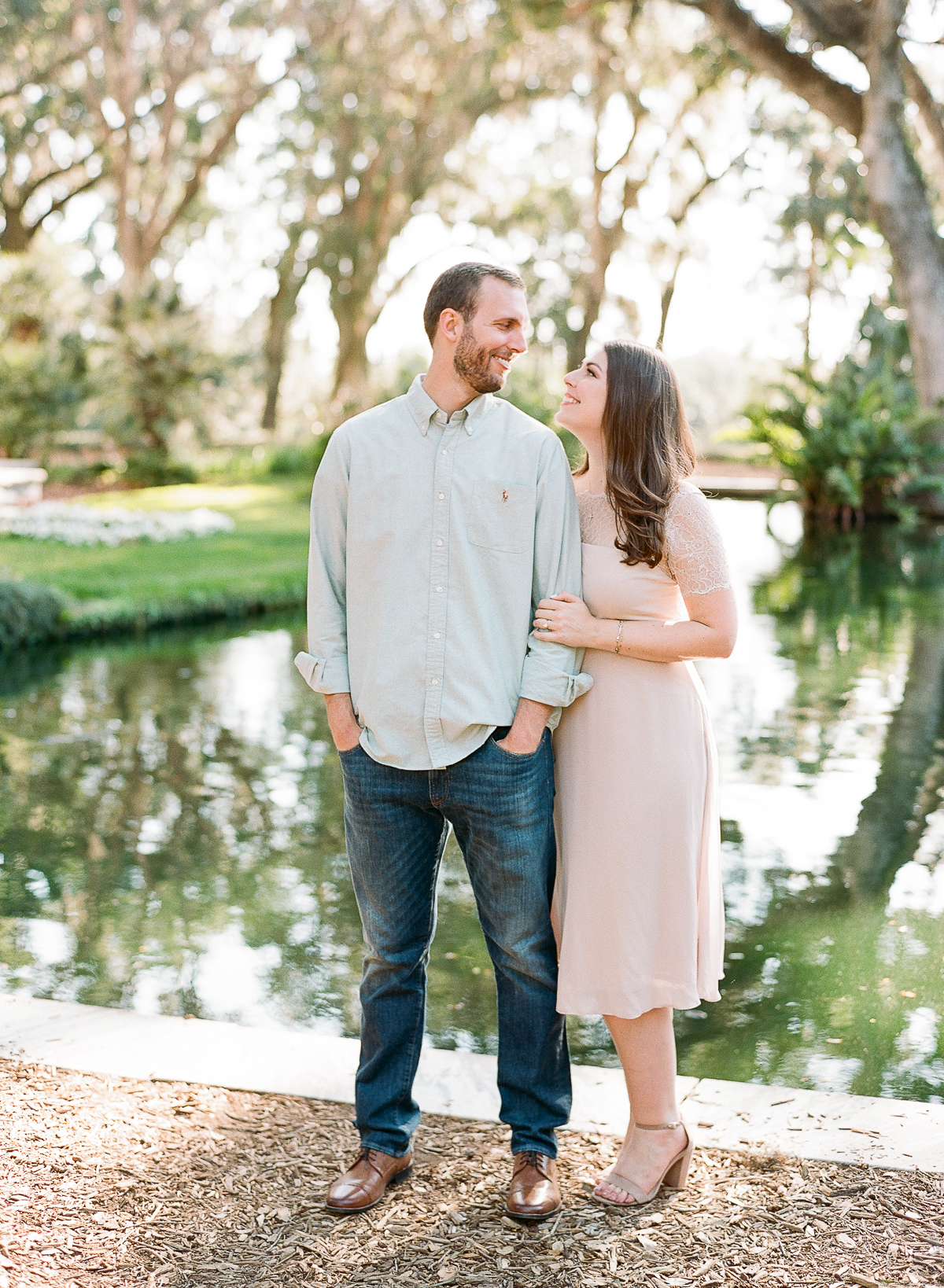 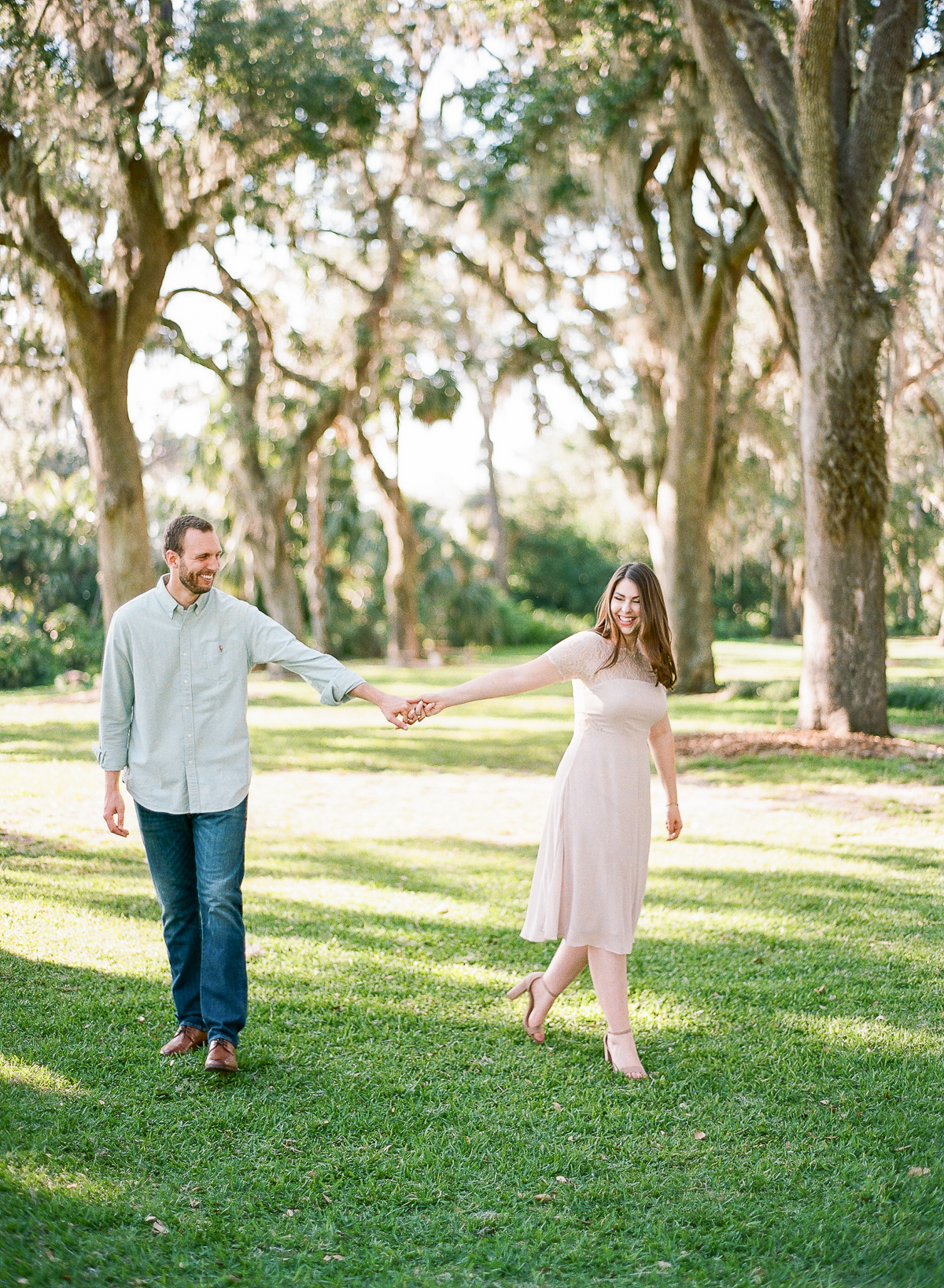 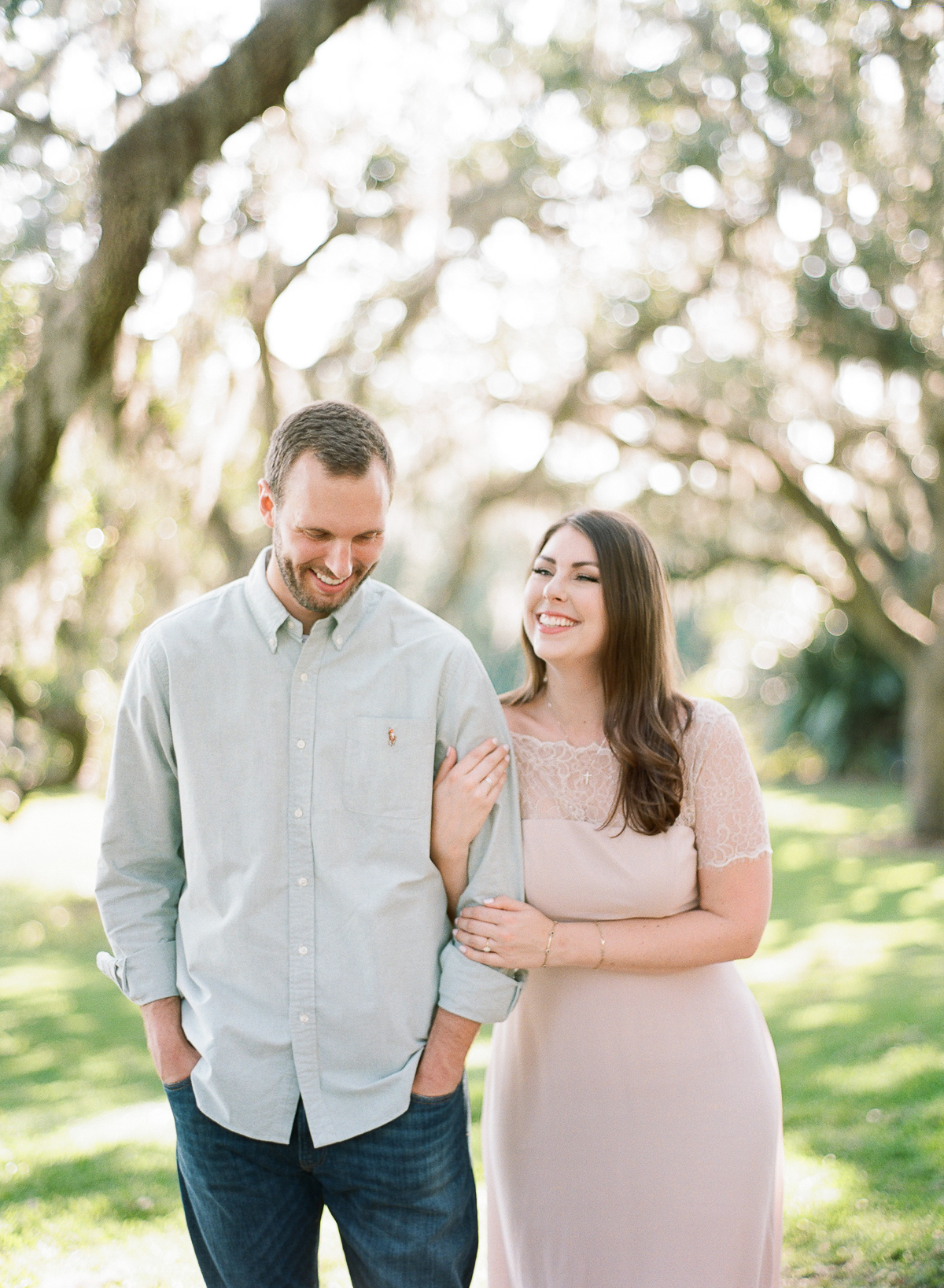 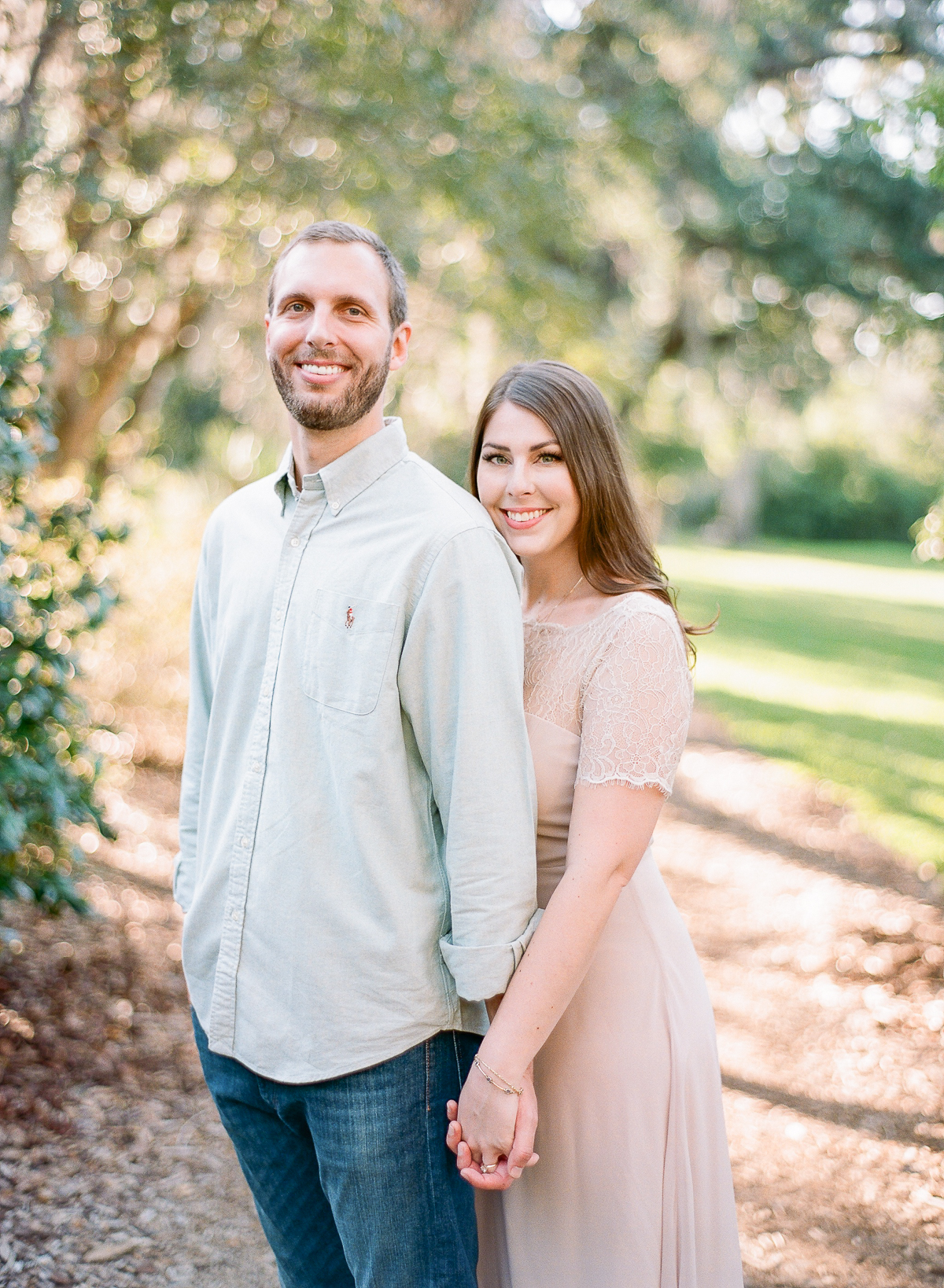 Jarrod and I met at a Tampa Bay Rays game! It was during a transition time for the both of us, me as I was studying for the Florida Bar exam and Jarrod after having recently moved back to the Tampa Bay Area. Jarrod and I are both avid Rays baseball fans, but more so the evening was important because it was sadly right after the tragedy at the Orlando Pulse nightclub.  All proceeds from this particular game went to the victims affected and both Jarrod and I had separately maxed out the amount of tickets to be purchased at one time and each were with large groups of friends to support this tragic event.

It was the 7th inning stretch, and Jarrod and I met at what is called the “Party Deck” – which is really just a fancy name for a bar inside the stadium! We started talking and before we knew it, the game was over! We had spent the remaining innings just talking and smiling and had no idea it was even time to leave until we saw the Rays had unfortunately lost and everyone was getting ready to leave. Despite that, Jarrod and I both left feeling like a win and couldn’t wait to see each other again.

Days later, we had our first official date. Which is actually funny because it had been pouring outside and I was the only one to bring an umbrella. When we met at the restaurant, the first thing Jarrod said was “I know I brought my wallet, but I don’t have it right now and I think I left it in the car, do you mind if I used your umbrella to go back and check?”  Naturally I gave it to him, but wondered a bit if our meeting was in fact too good to be true and that I just got stood up and had my umbrella stolen!  Jarrod did come back (with his wallet) and we had the best time; it was the kind of date you just never want to end.  Which is probably why we ended up going to another place after dinner and I left my umbrella at the bar… Two things I’m sure of: I was clearly destined to lose that umbrella and I was more than clearly destined to meet Jarrod.

I love this story!  Which I’m sure all brides say, but Jarrod really knocked it out of the park!  Jarrod and I both knew marriage was our goal, but he was still finishing up his MBA program at University of Florida, I was recently admitted to the Bar and working, and Jarrod had just recently made the move to St. Pete.  Our timeline had been that we would wait until after April 2018 when he graduated, but Jarrod said he just couldn’t wait.  Apparently the date just kept getting pushed up and up, from my birthday in January, to Christmas, and then to August when we moved in together.

Jarrod did SO much planning and had me completely surprised! For months leading up to the proposal, he had asked for my parents permission and went ring shopping with his mom, with whom the ring stayed safe and sound for months prior to the proposal date.  We had planned our housewarming party to be on Saturday and of course were running behind with preparing and unpacking everything to be ready for our friends to see the new house.  Which is why I gave him so much grief when he said we should have a date night at the beach during sunset before dinner that Friday night.

Sunsets on the beach are my favorite place to be and this was a fairly frequent date night for us so I didn’t suspect a thing, only that a date was the last thing we needed the evening before a large party.  We got to the Don Cesar hotel and after a million and one detours by me (had to go to the bathroom when we got there, decided to do some shopping in the hotel gift shops), we made our way down to the beach.  Jarrod started guiding me to a secluded spot where there was a blanket, roses, and a bottle of champagne.  I was so sure that we weren’t getting engaged for months that I just thought Jarrod had done something romantic for me after a trying week at work… but, boy, was I wrong in the best way.

Once Jarrod held my hands and started speaking I freaked out – ugly crying and all.  It had taken all of this and it finally clicked for me what was happening.  After proposing, our parents, who had been hiding the whole time off to the side, came running up to us! It was so special to have that moment for just Jarrod and I and to then have our parents come and join the celebration.  I also then found out Jarrod had a photographer, who is a close family friend, and his son off in the distance photographing every moment!  It was such an amazing evening, which turned into the perfect weekend with our housewarming party now an engagement party and a special lunch with our families that Sunday.

My engagement ring is a simple yellow gold band with a one and a half carat oval diamond.  I love the setting because the diamond is quite elevated from the band.