Being in the elements can really draw a lot of emotions out of people. For Angela and Chris, the pair went back to his hometown of Mena, Arkansas to meet with Taryn Lynn Photography at Queen Wilhemina State Park that houses the second largest mountain in the US. They stared in awe at their surroundings, danced gleefully among the trees, and used the misty mountainside to their advantage. Fog can hamper lots of things, but we think it only enhanced this moody love session. 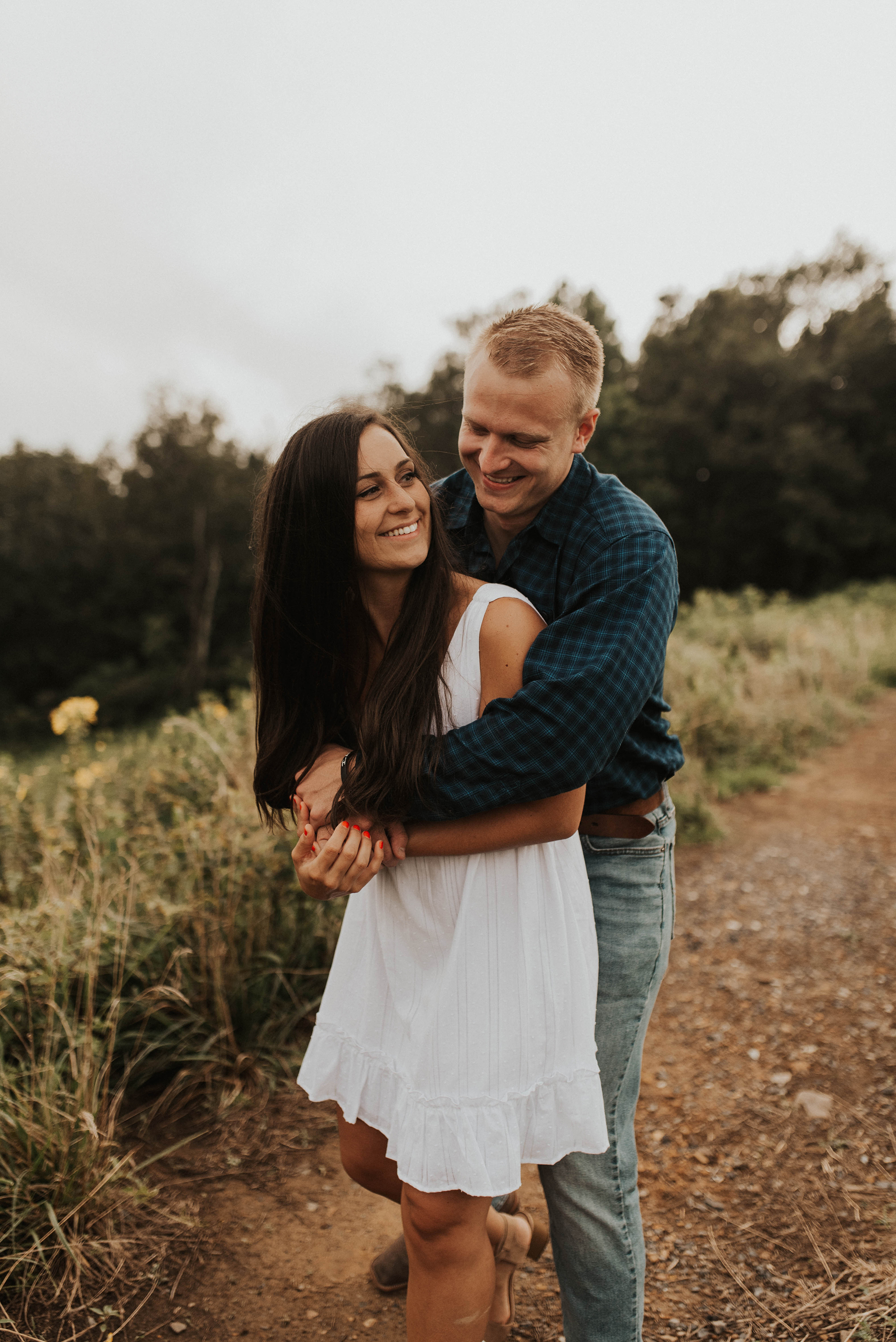 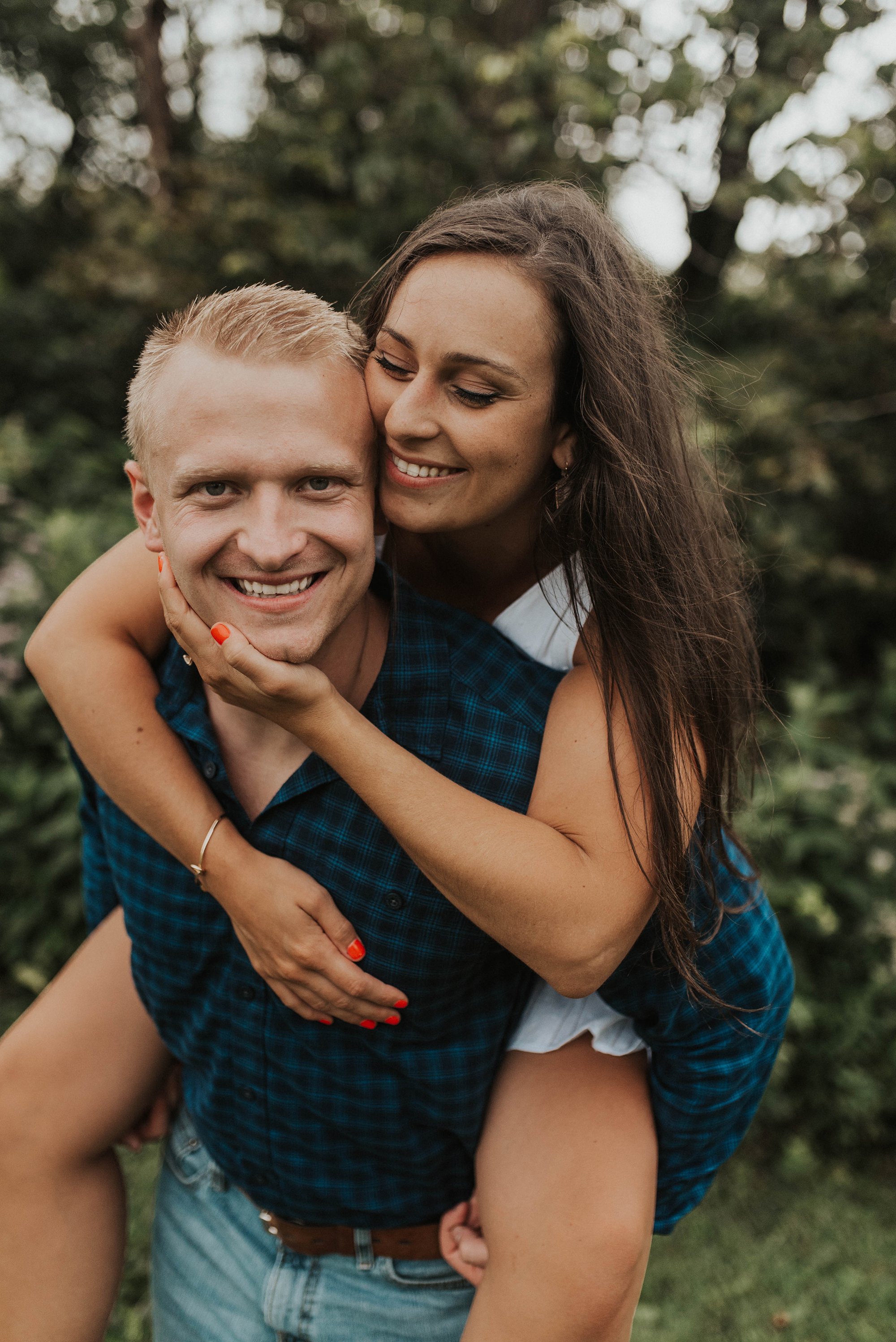 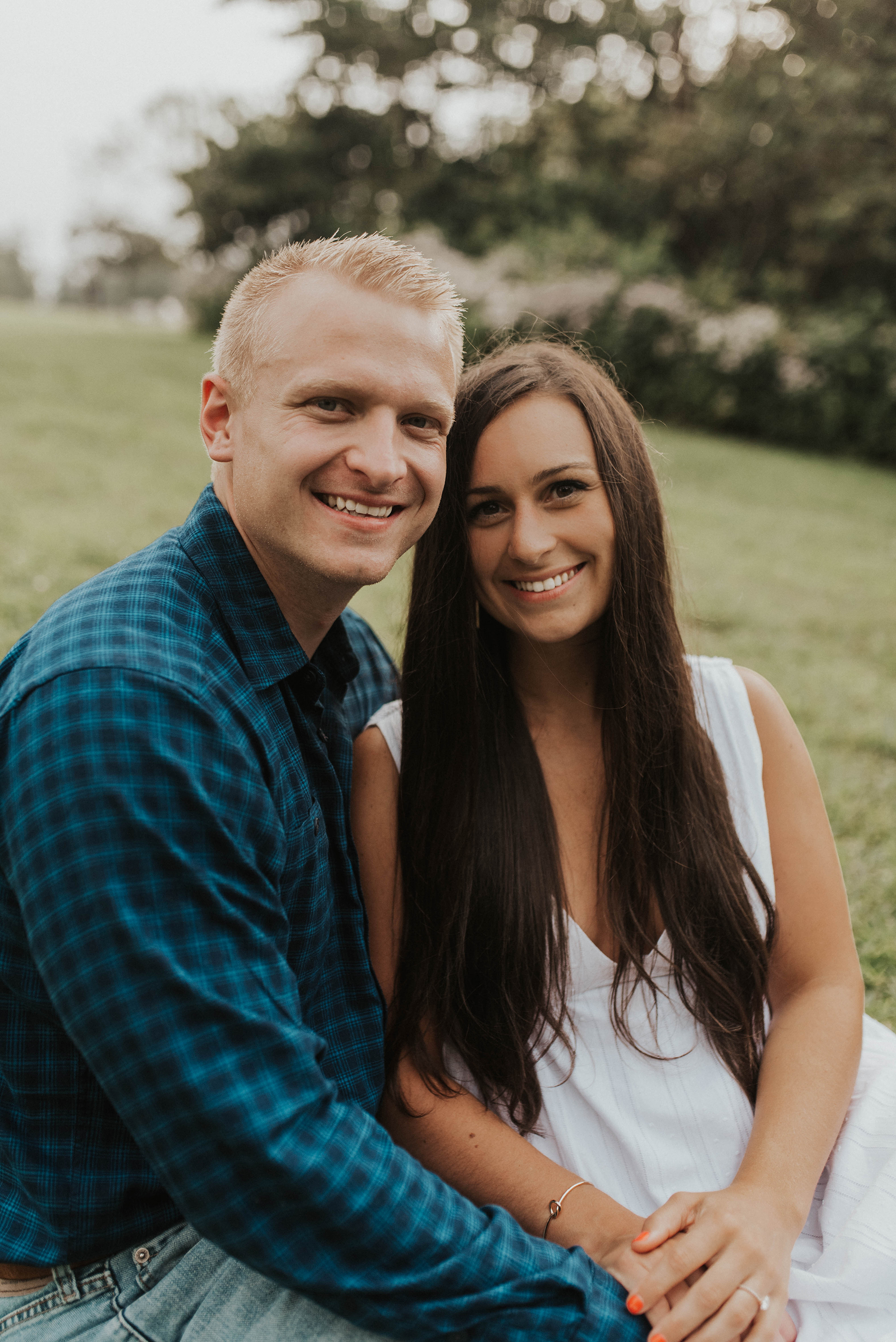 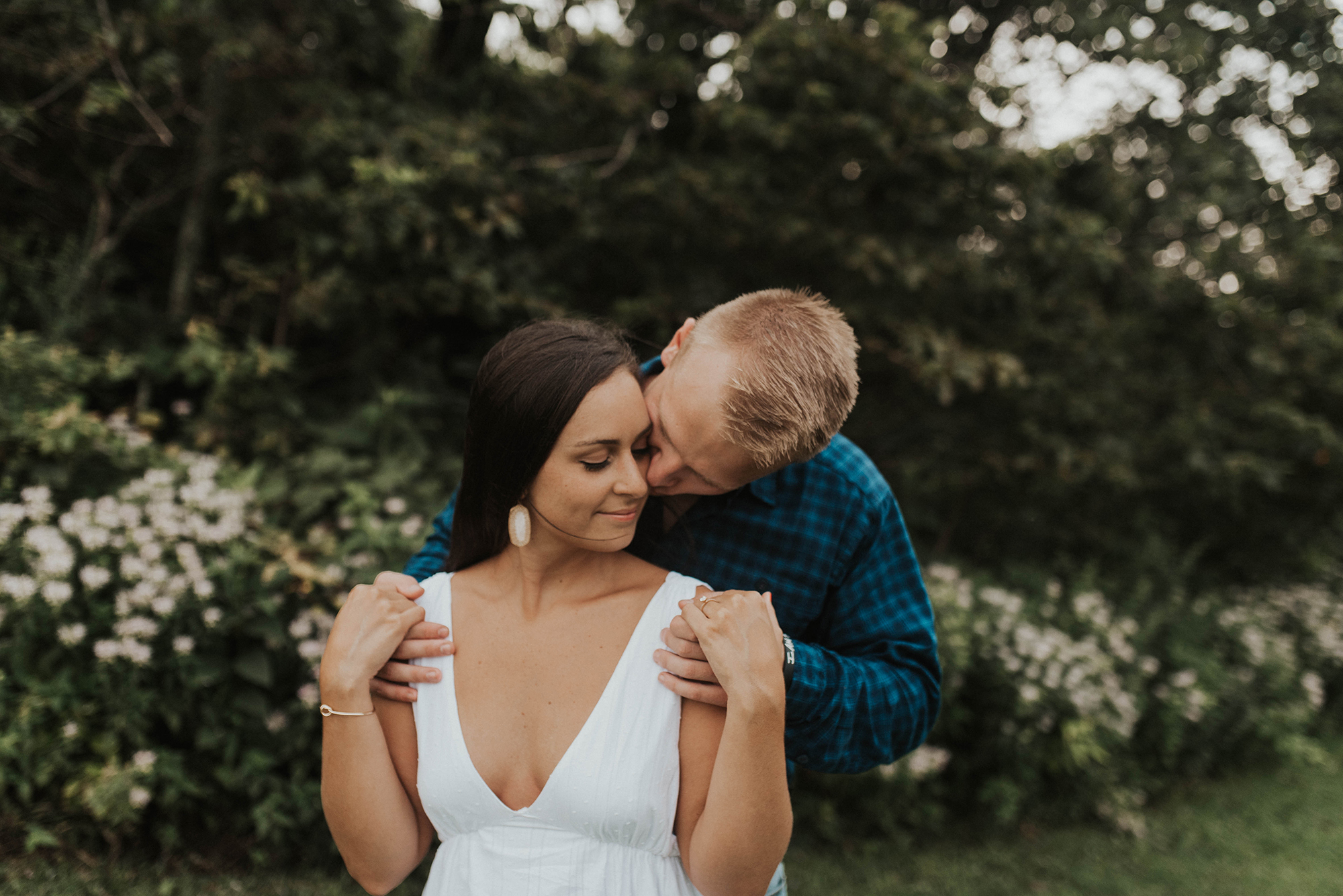 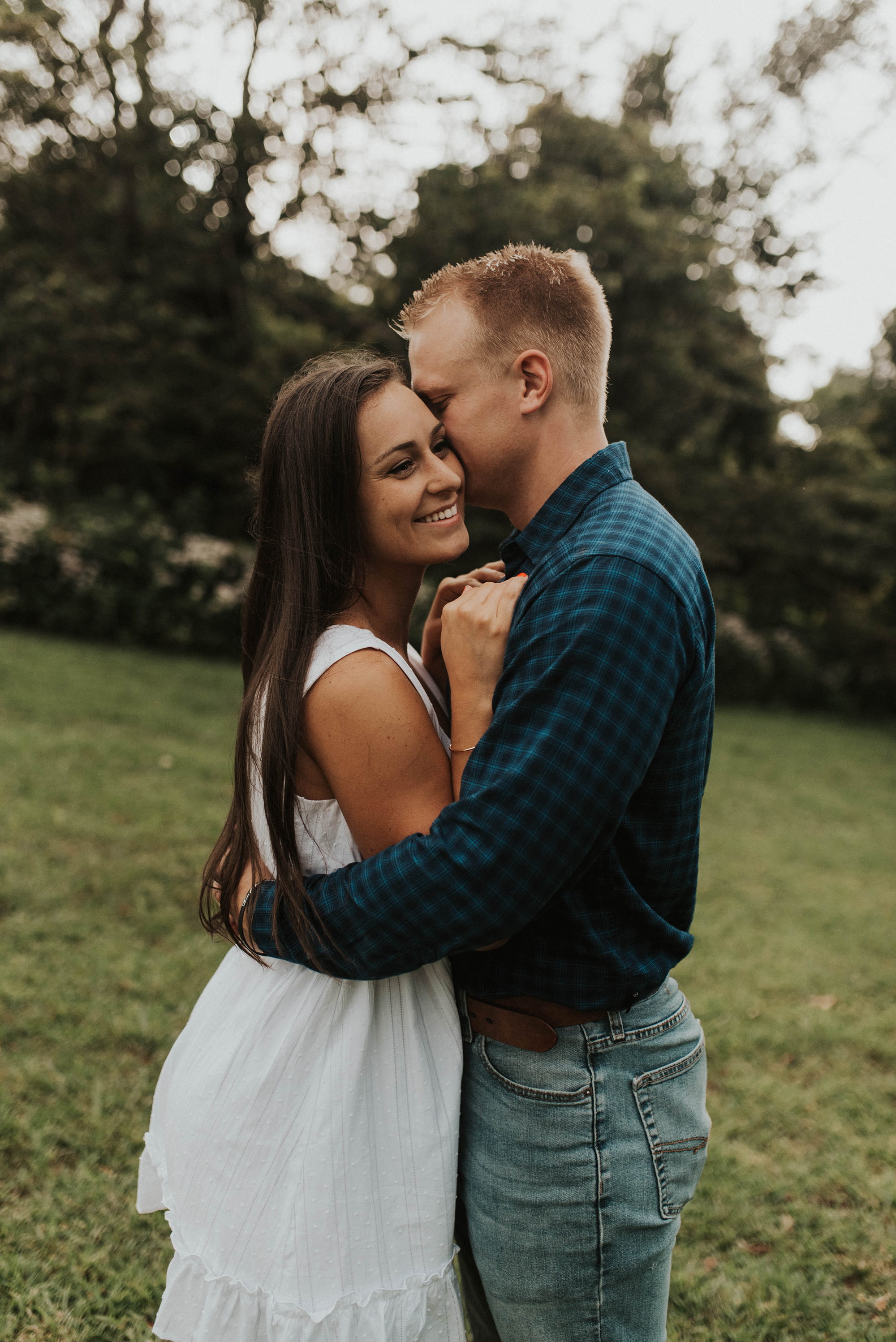 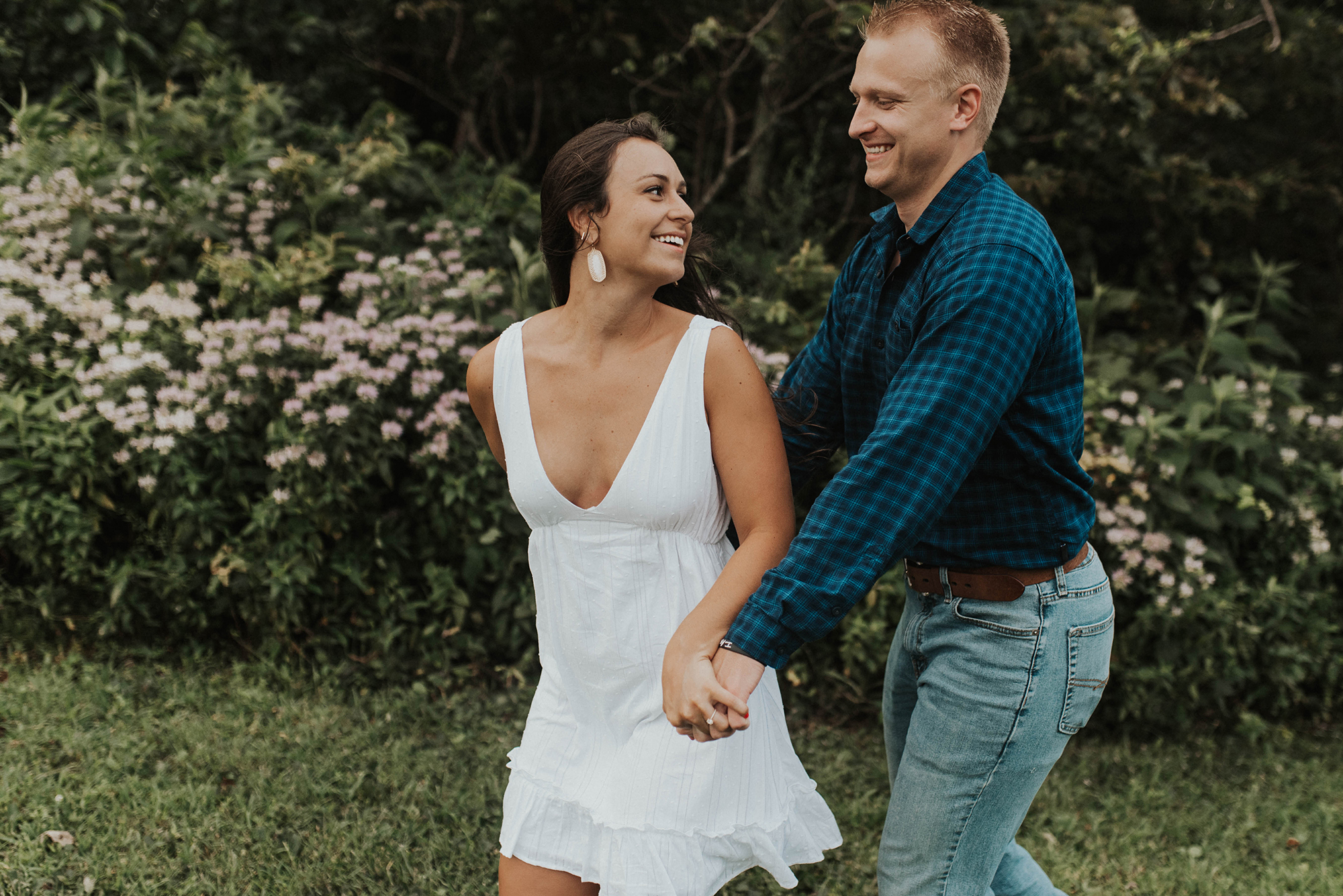 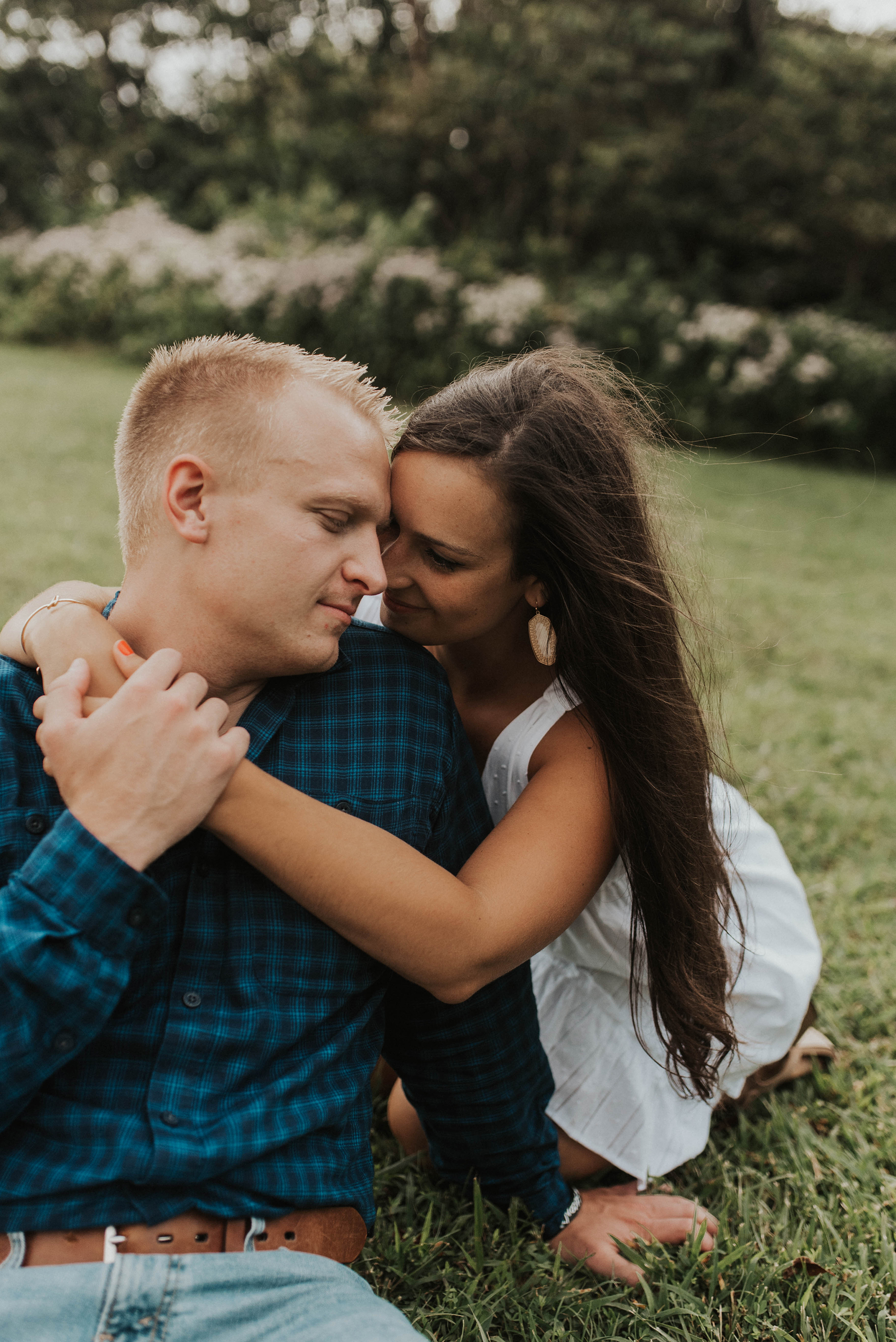 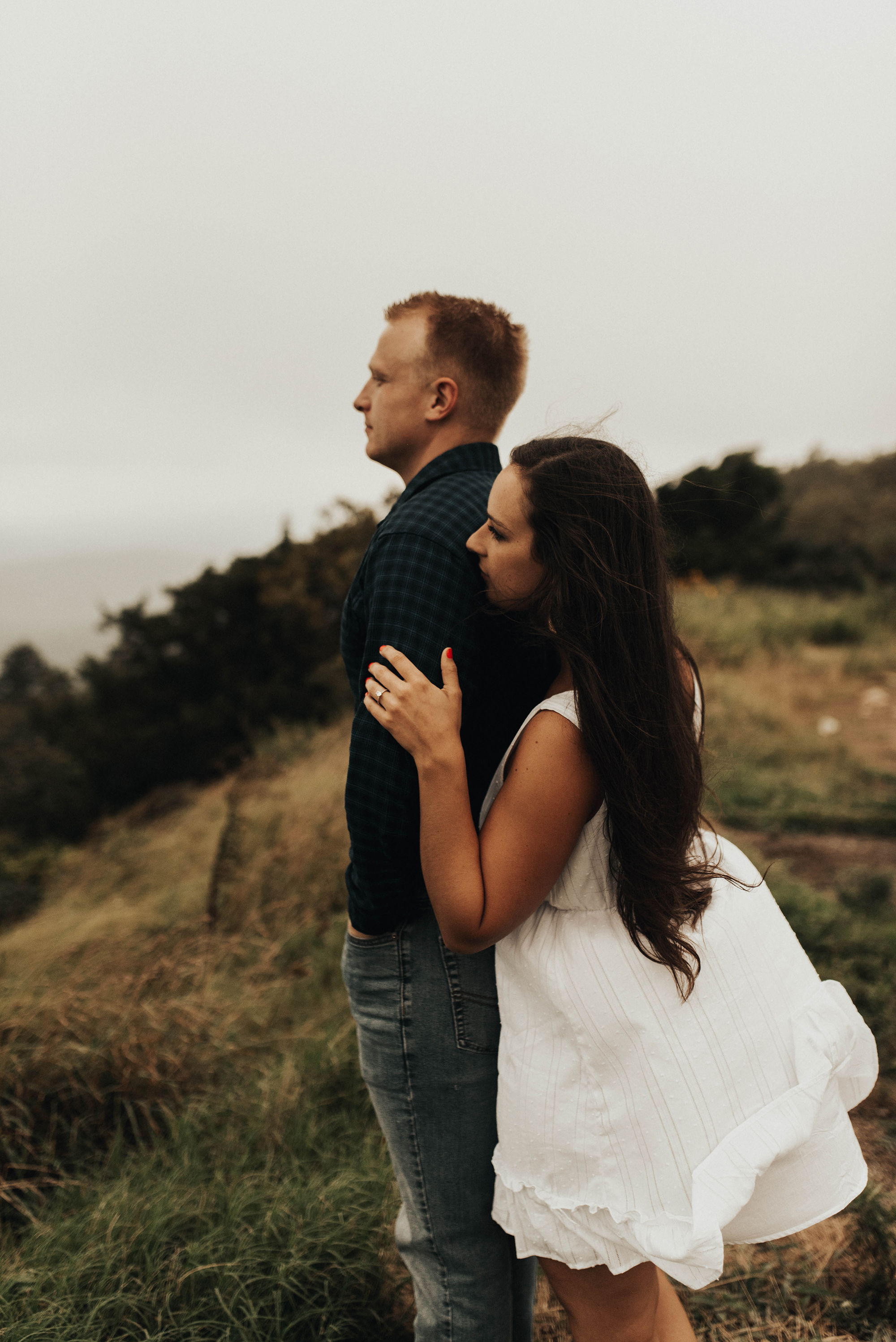 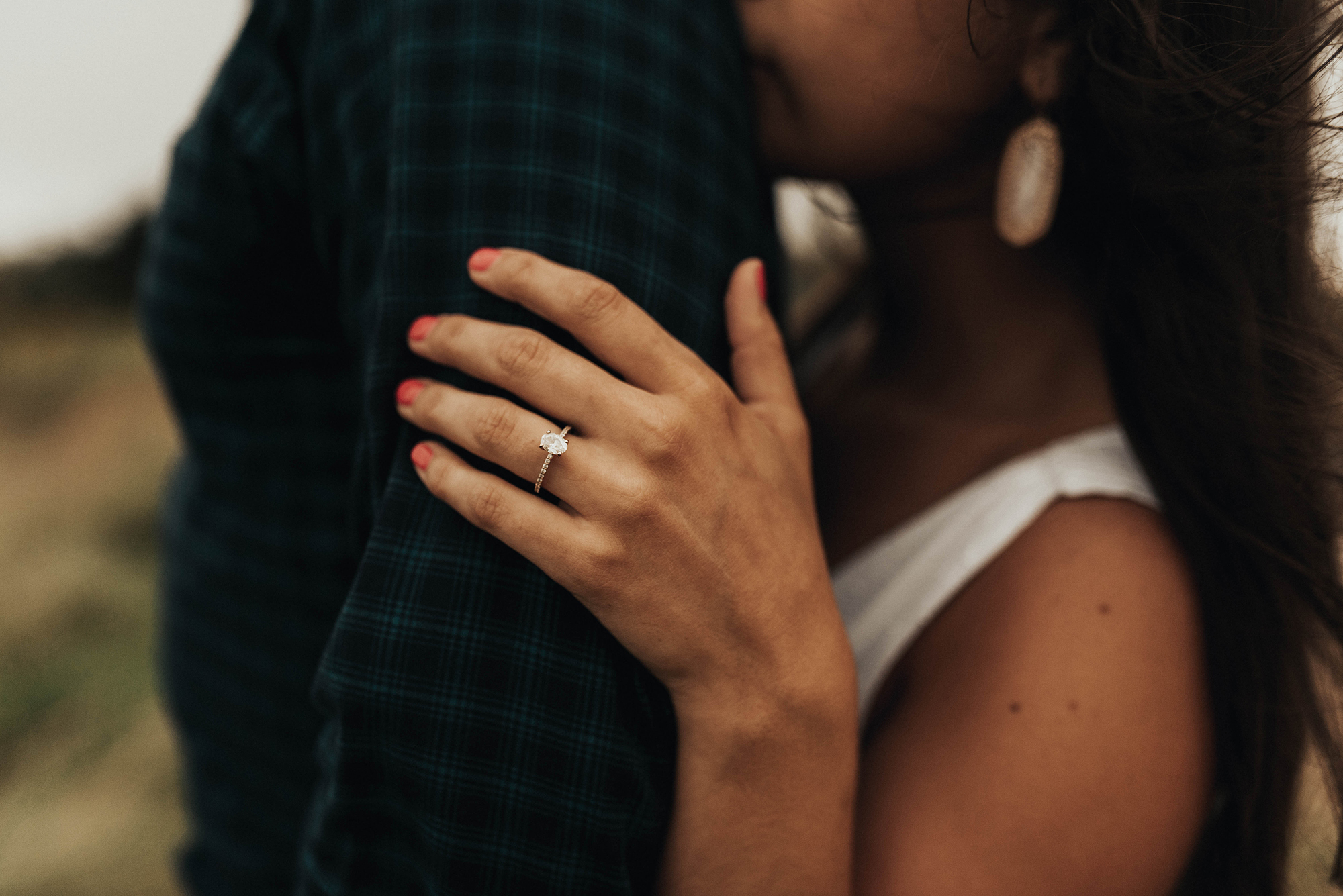 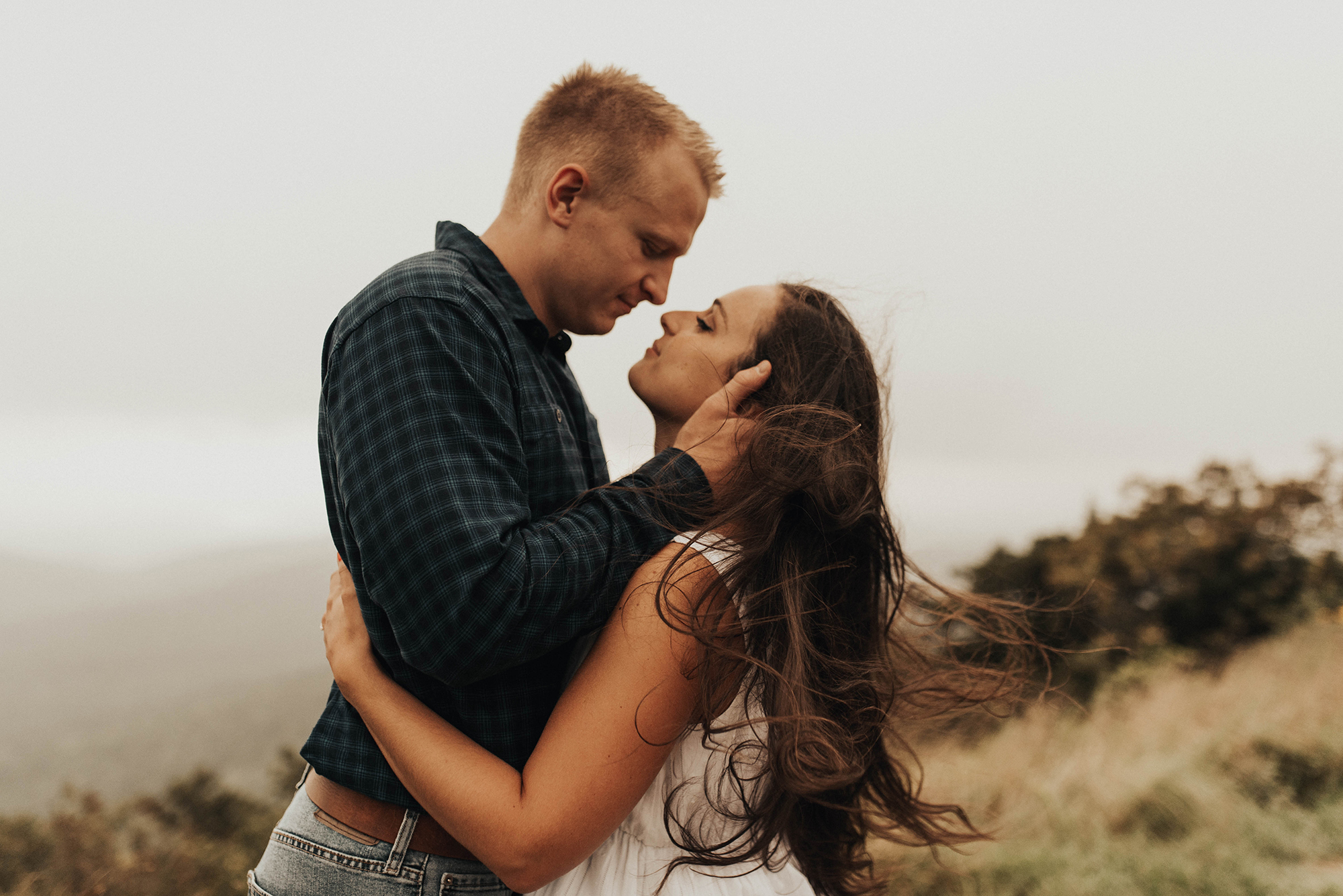 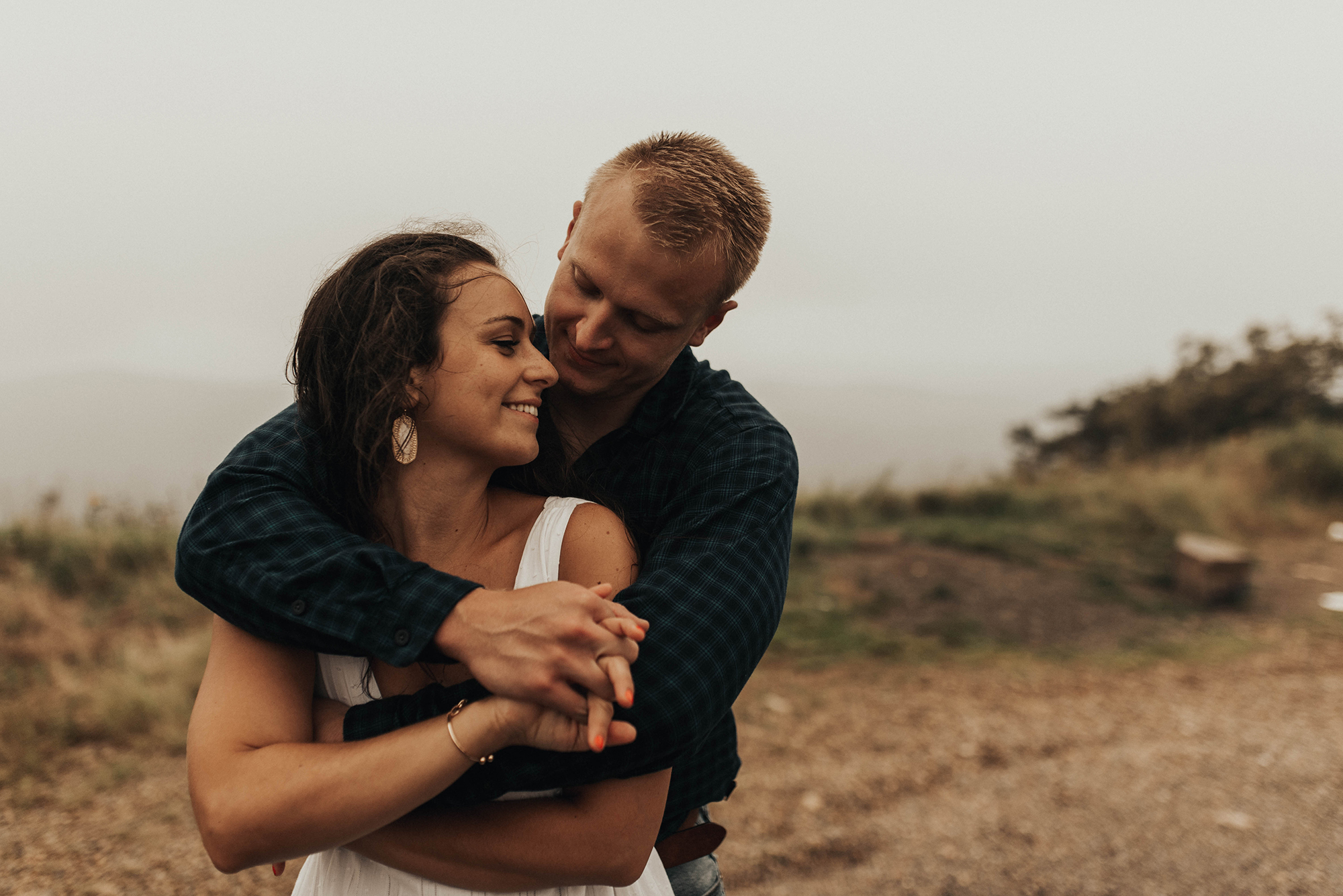 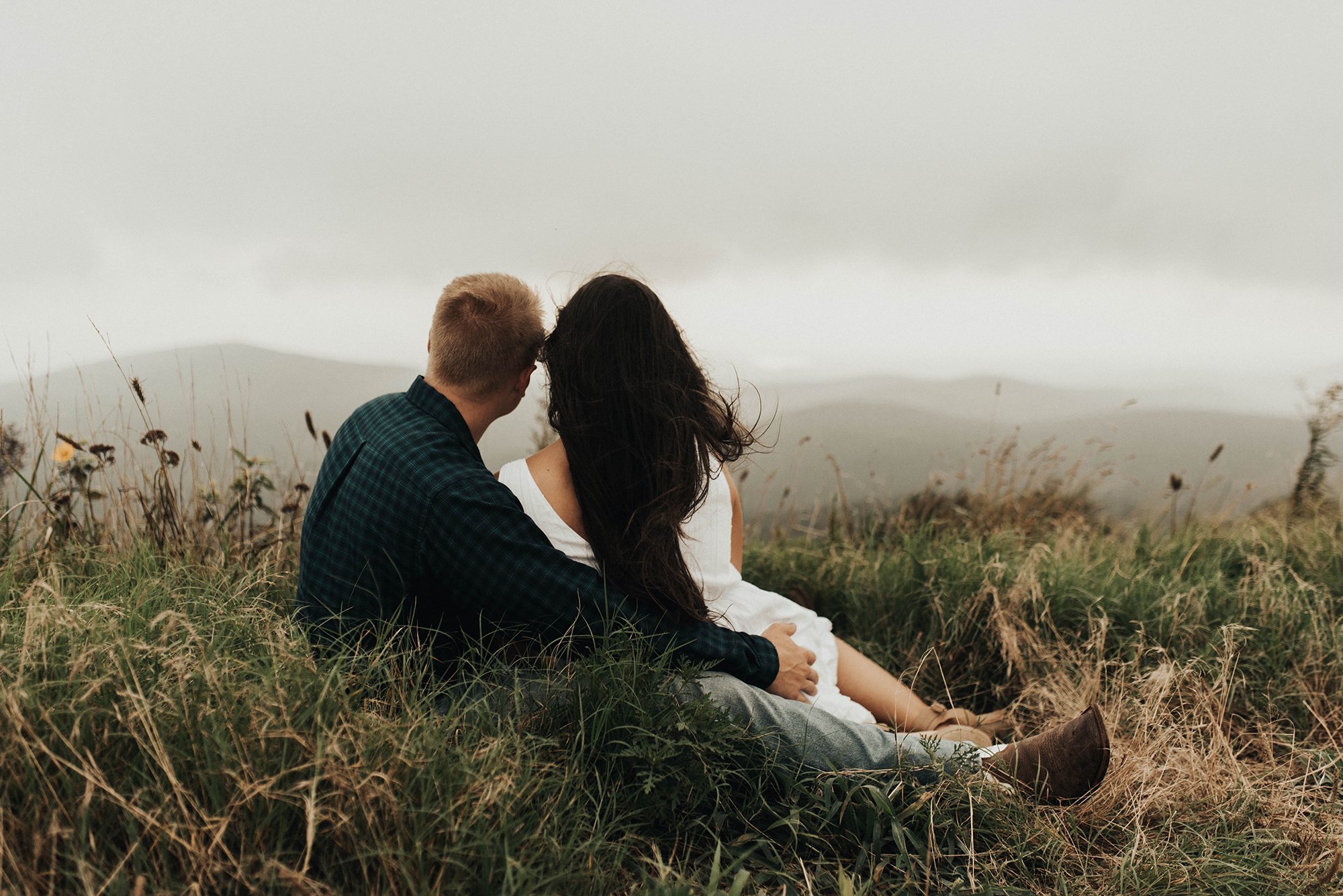 We officially met in college at UAFS during our senior year in October 2016. I was in nursing school while he studied criminal justice. I transferred there for nursing school my junior year. That year we had seen each other around campus and met eyes a few times at the old fitness center. After summer break and starting into senior year the new fitness center was built and we both enjoyed working out there. We crossed paths there and attended the same “core crunch” class every Wednesday at 4:30 pm.

I skipped a class one Wednesday due to a prior class getting out late and showed up to the gym after core crunch had ended and he saw me and asked me why I skipped class that day. Our story starts there! We went on our first date the week after on a Thursday!

December 6th 2018. Short and sweet. The day he proposed was a cold, enchanting evening. That day started out a normal day. We had plans to go out to eat with another couple, his best friend and his girlfriend. I got ready, I had no idea what was going to happen that night and per usual I “had nothing to wear” I ended up just wearing jeans with a plain white shirt and a grey cardigan with booties. Cute and casual. We went to our favorite Italian place, Noodles and had a normal dinner. I still had no idea of the intentions that evening.

After that we went to the Fayetteville Square where they had string lights decked out all over the square to enjoy and several Christmas time festivities. We go there every year since we had been together. It was also the day he asked me to be his girlfriend in 2016. We started walking around the square and found a spot where we had taken a picture the first time we went there together.

We took a picture under our tree and while his best friend was showing me the picture he got in one knee and held out the engagement ring and when I turned around there he was! His best friend’s girlfriend took a video and captured my reaction rightfully so. I was so surprised! We celebrated with a bottle of champagne and called our families and friends with the news!

The ring is the thinnest you can get rose gold band with tiny diamonds that go halfway down the band with a 1 karat oval diamond in the middle with 4 prongs holding it in place. It is from Evermore Jewelers.