Bride-to-be, Erika, is a prominent Seattle wedding planner with her company, The Greatest Adventure Weddings, so it was an understatement for Lynnsey Phillips, Lionlady Photography, to say that she was nervous for this shoot (even though she killed it!) After watching A Star is Born (specifically the scene where they’re sitting in the gas station parking lot), she was inspired to do a shoot in a similar location. Phillips posted a frame from the film on her Instagram story and asked if anyone was interested. She wasn’t expecting to get any responses when Erika responded with a link to this retro diner / gas station in Eastern Washington and the rest was history. They had the diner completely to themselves and after milkshakes, fries, and a few shots of whiskey, they moved to a trail for some photos outside. 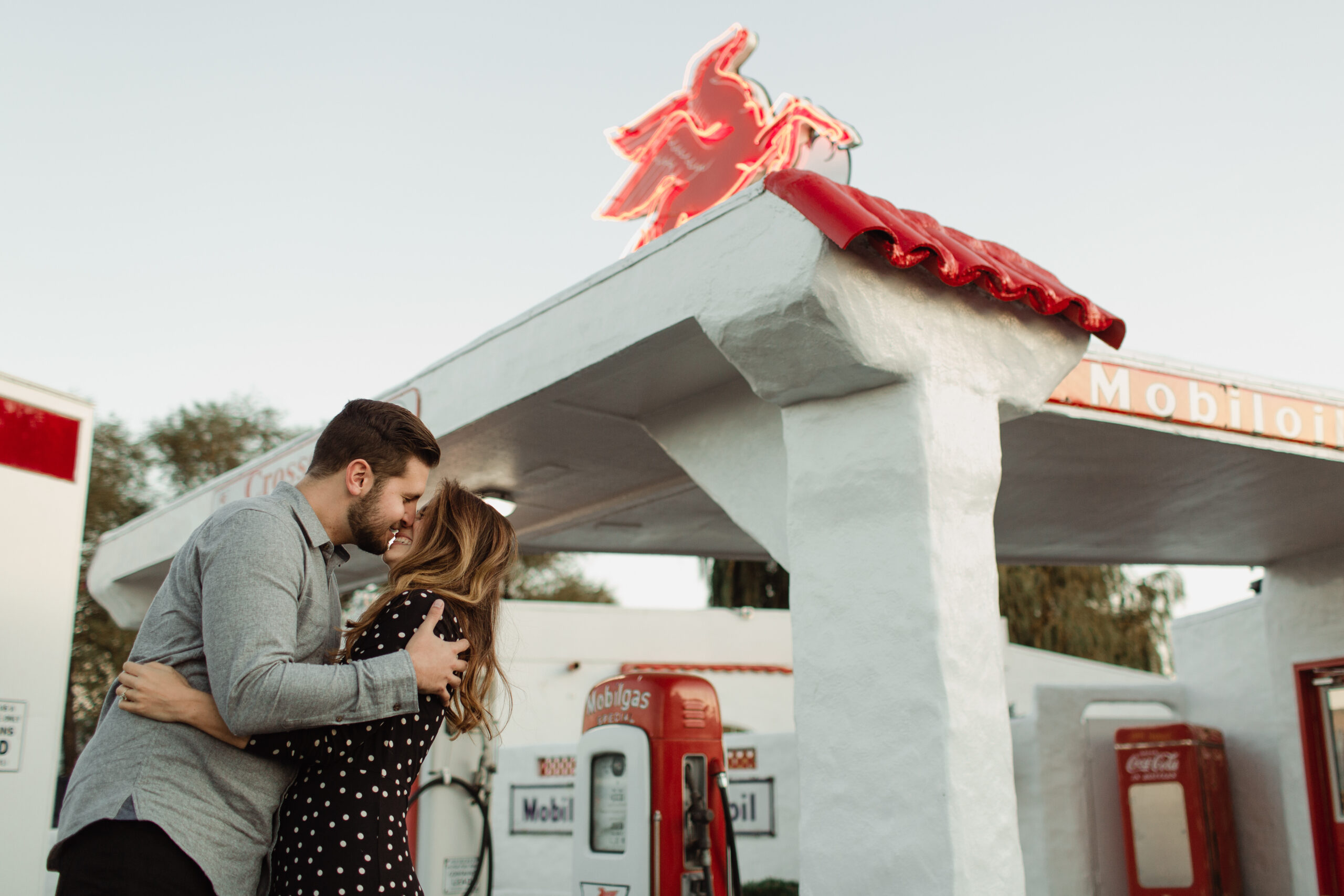 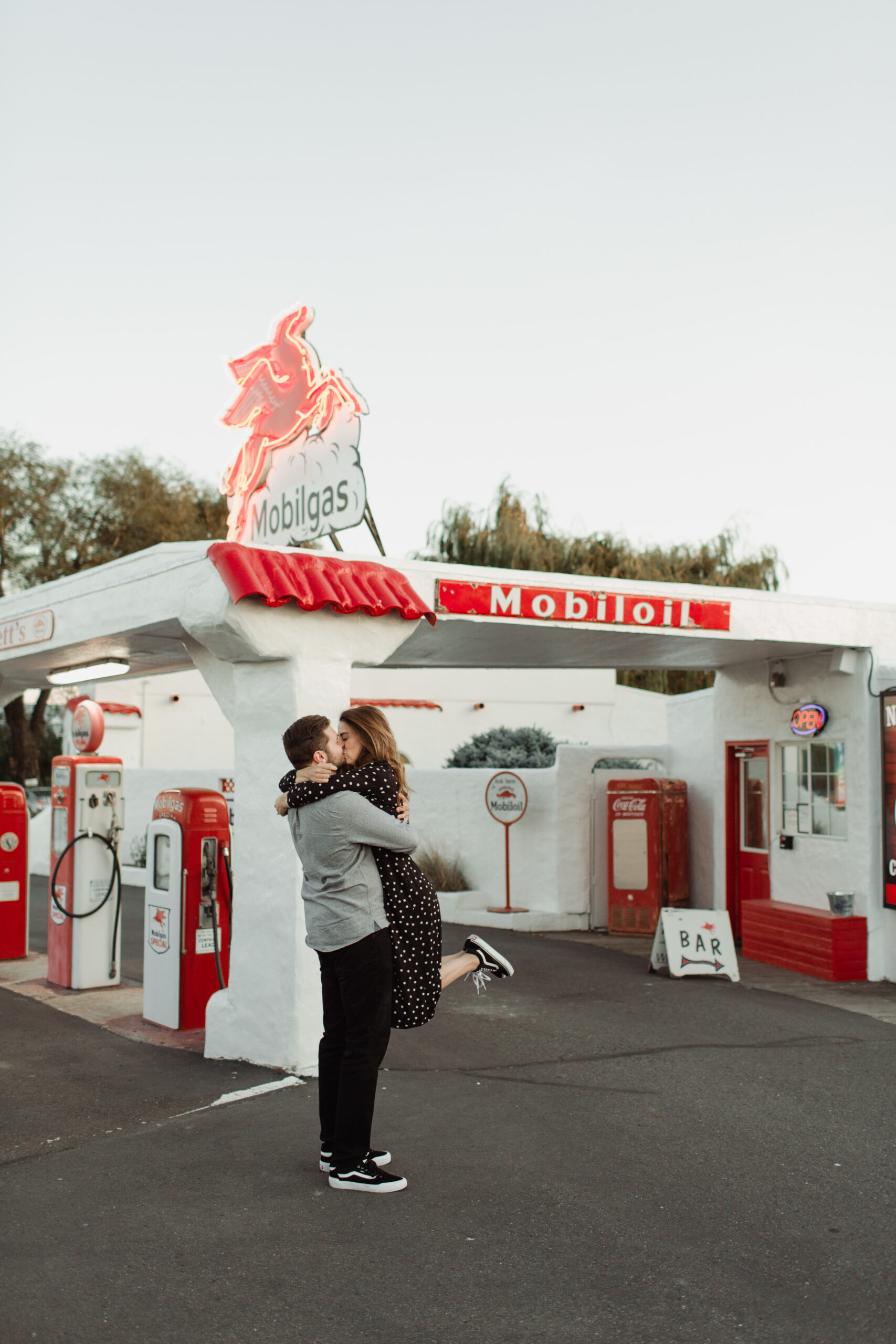 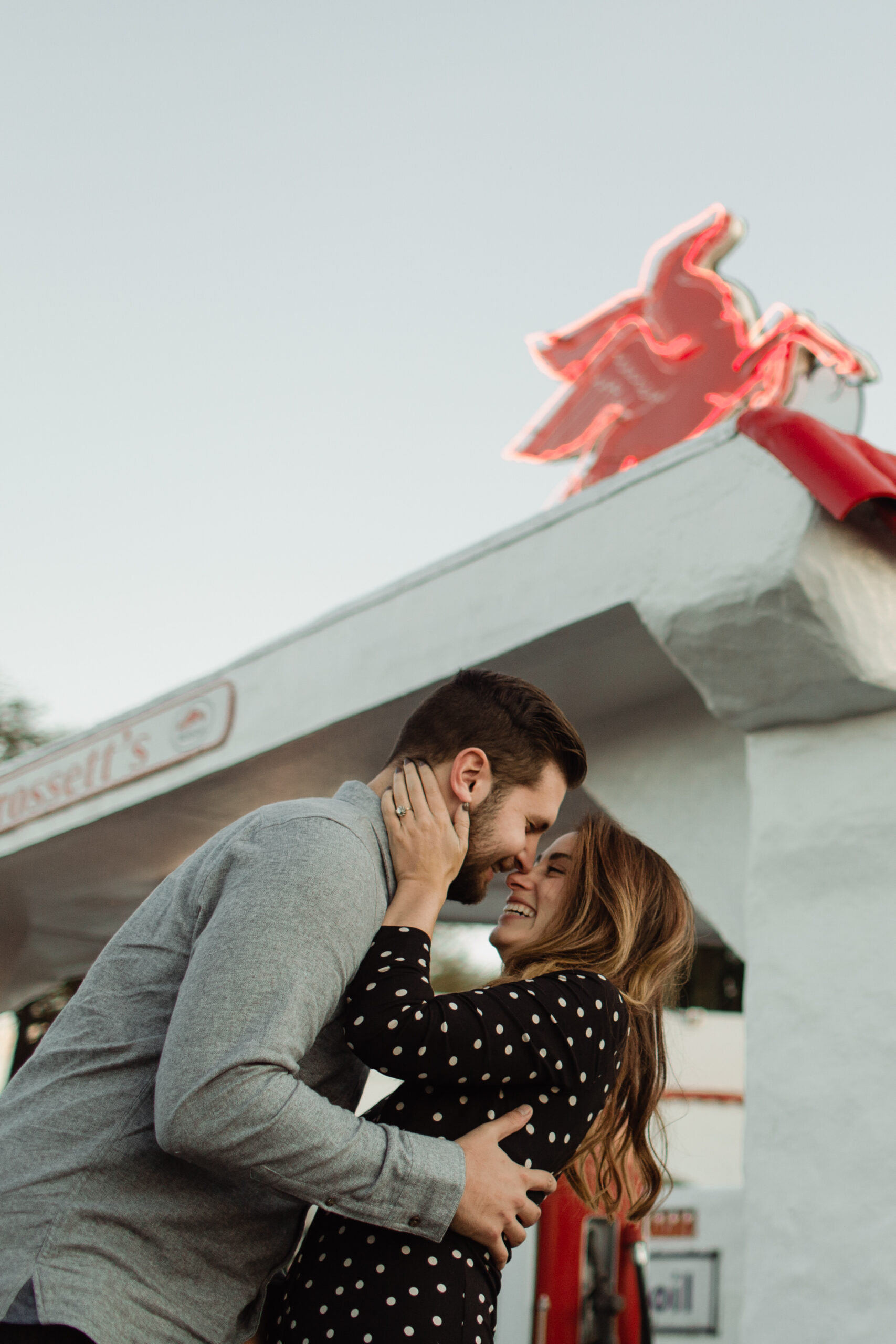 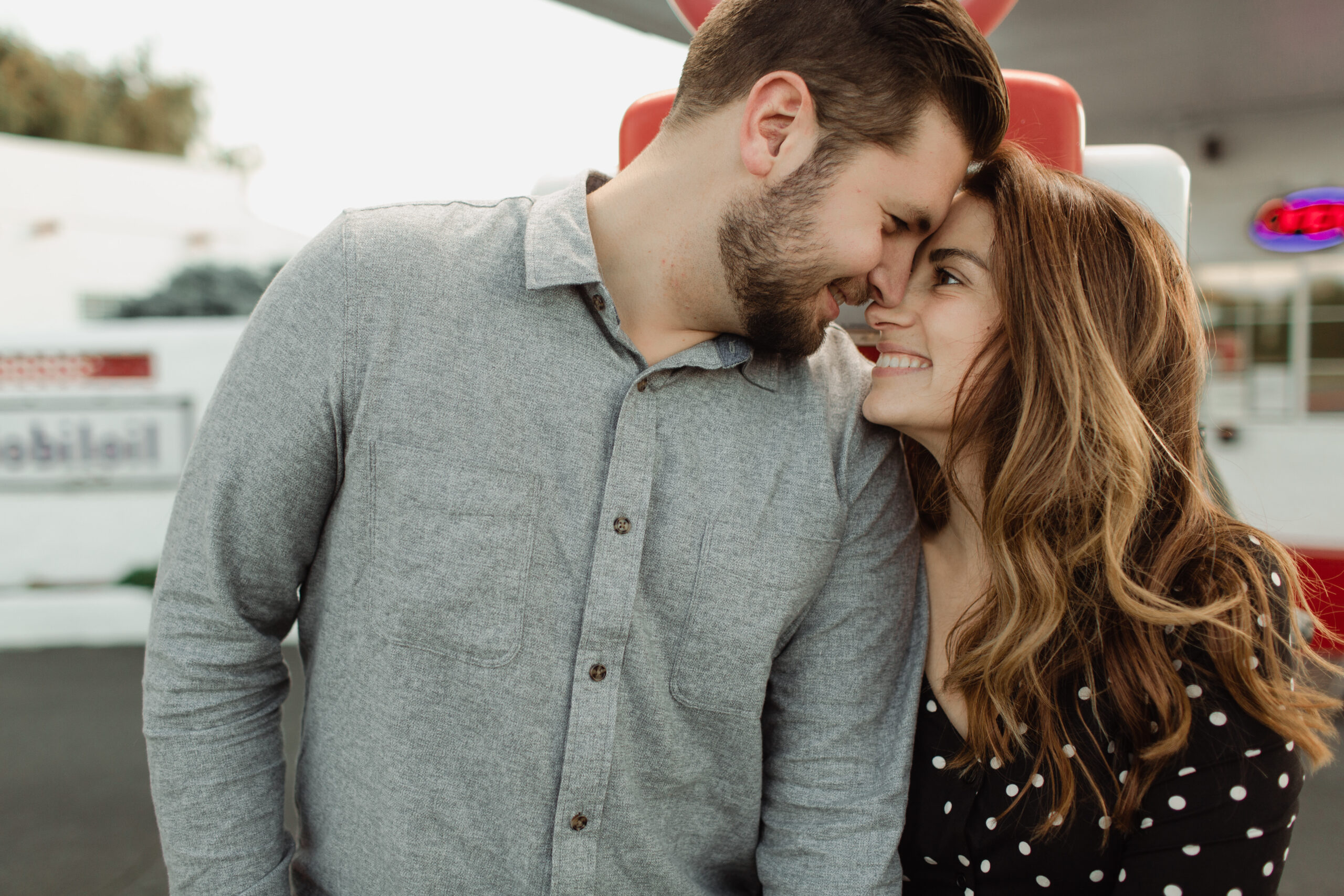 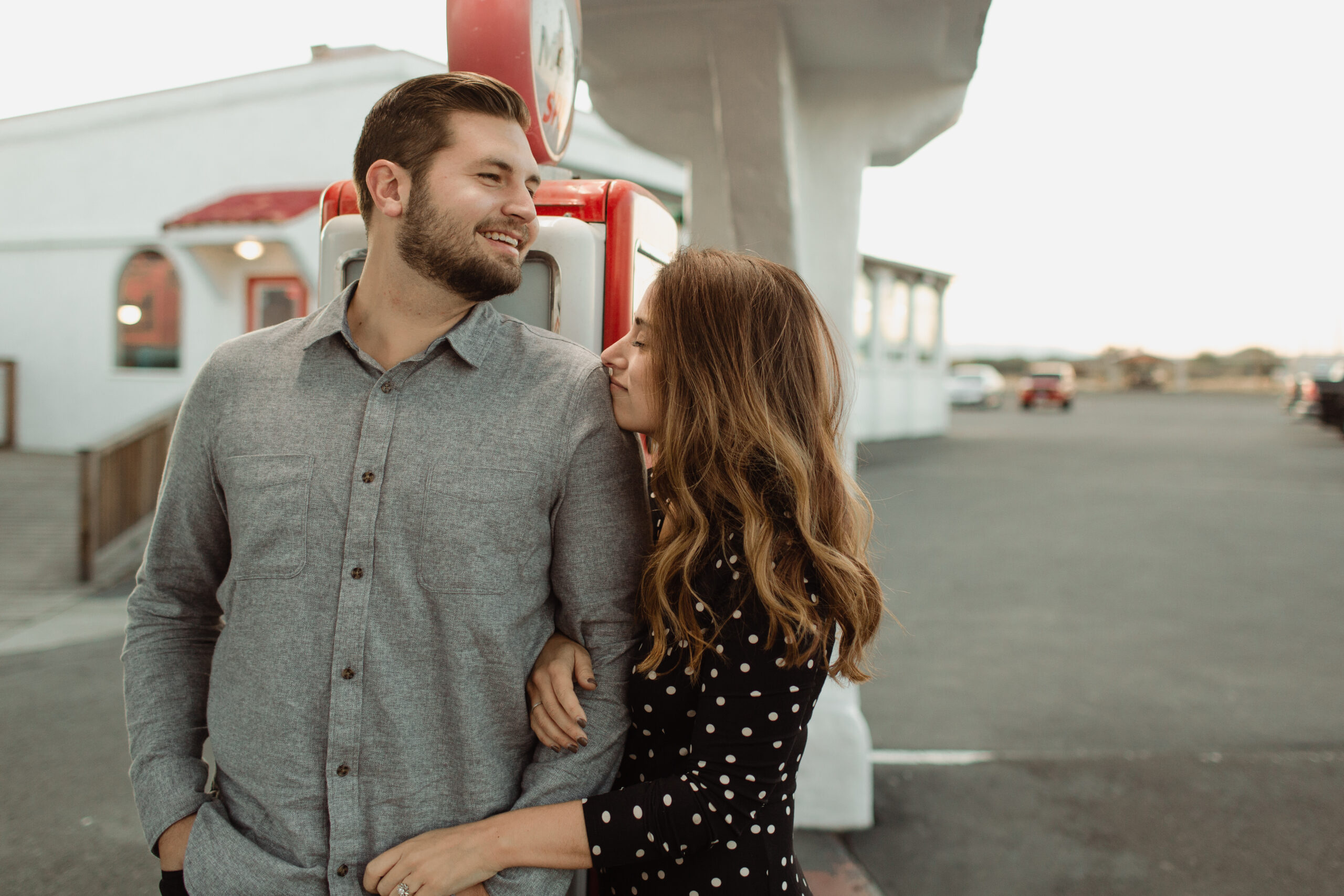 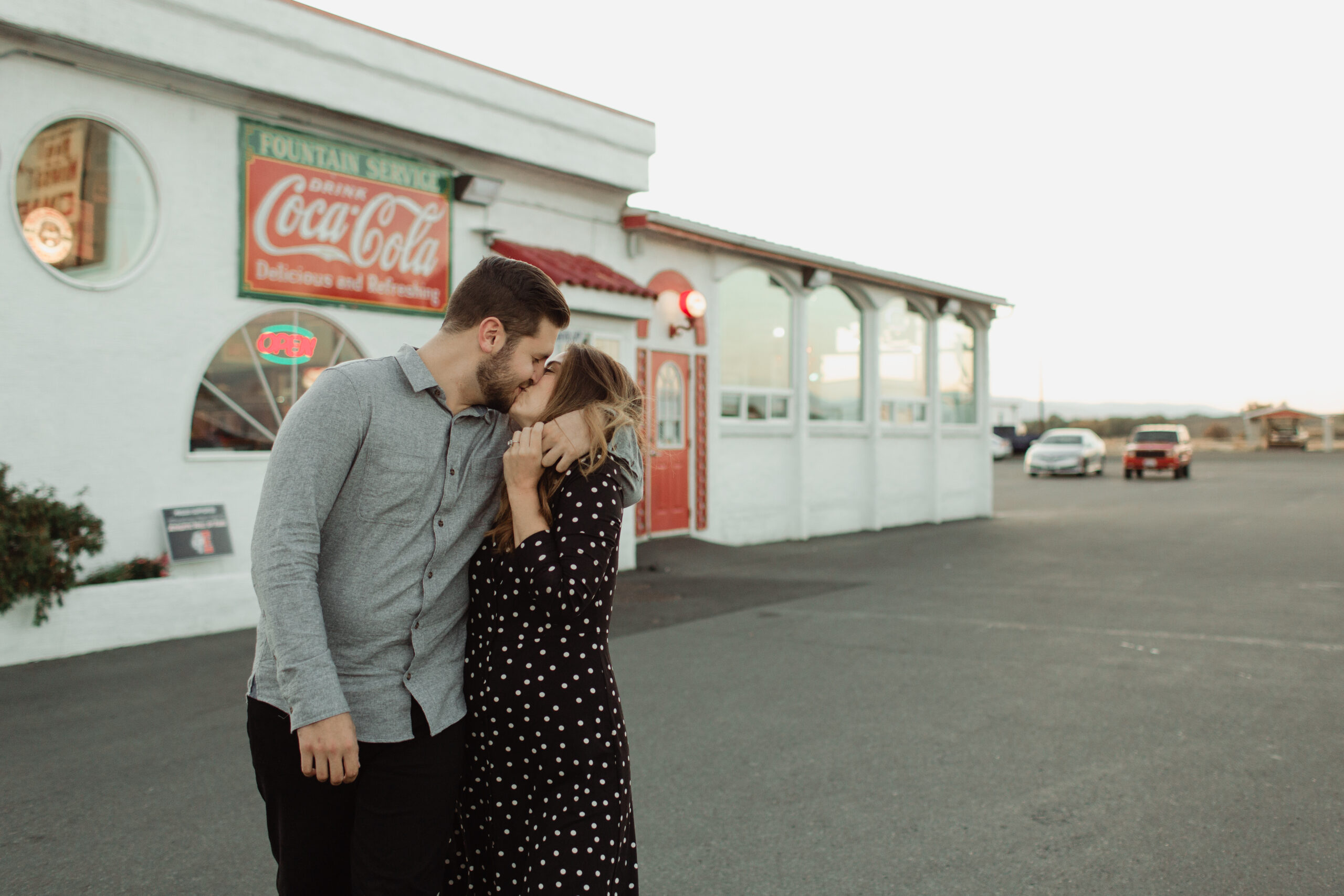 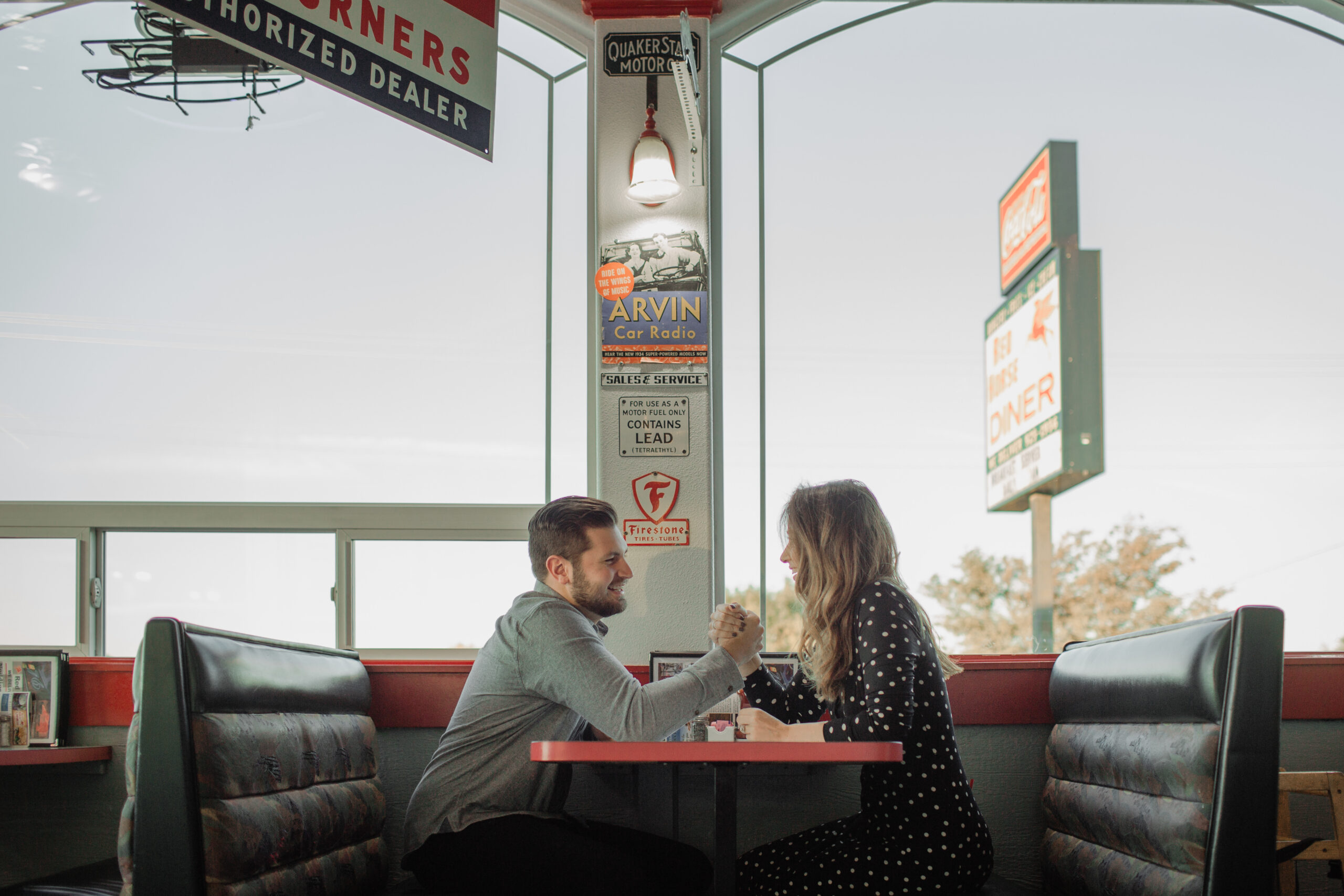 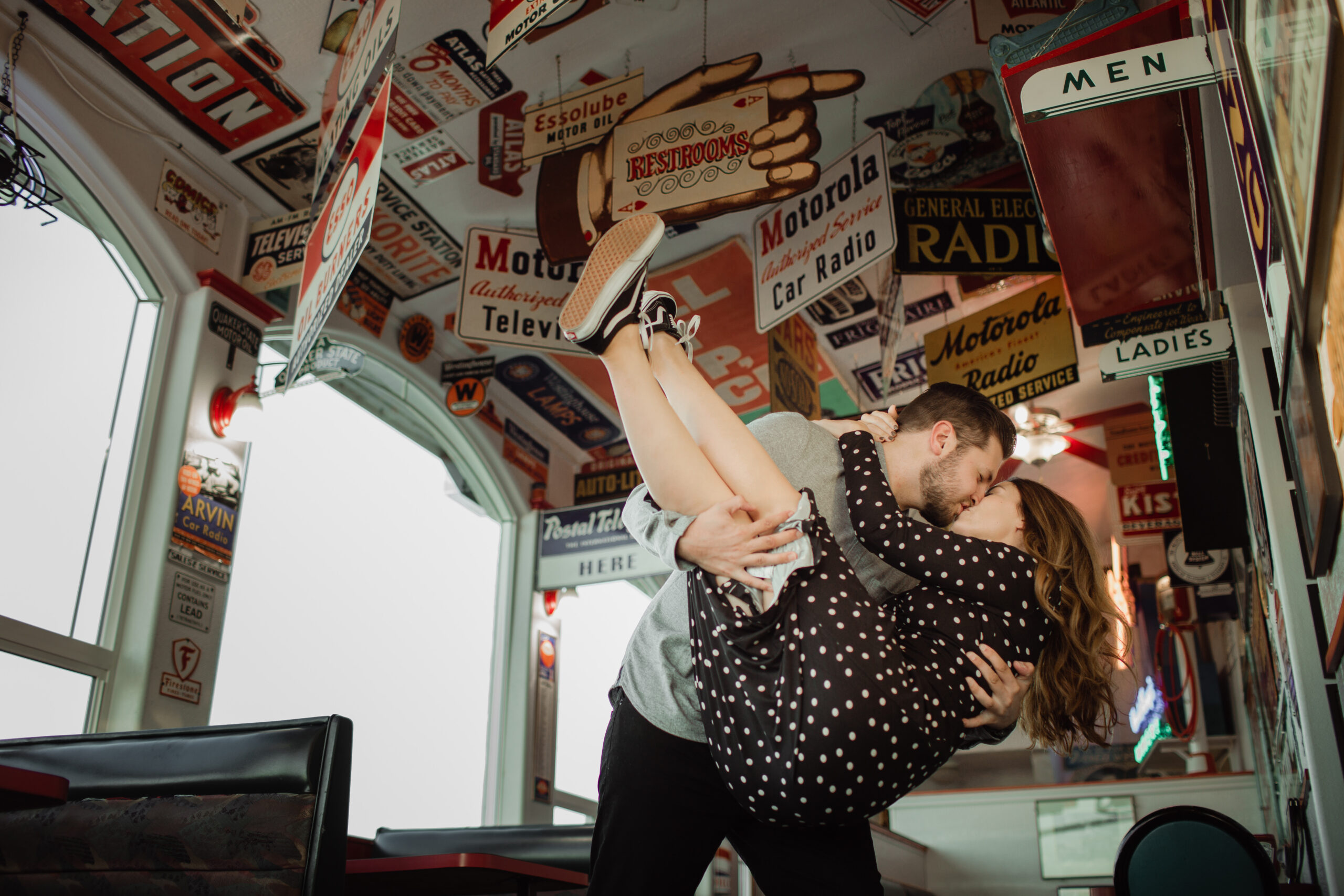 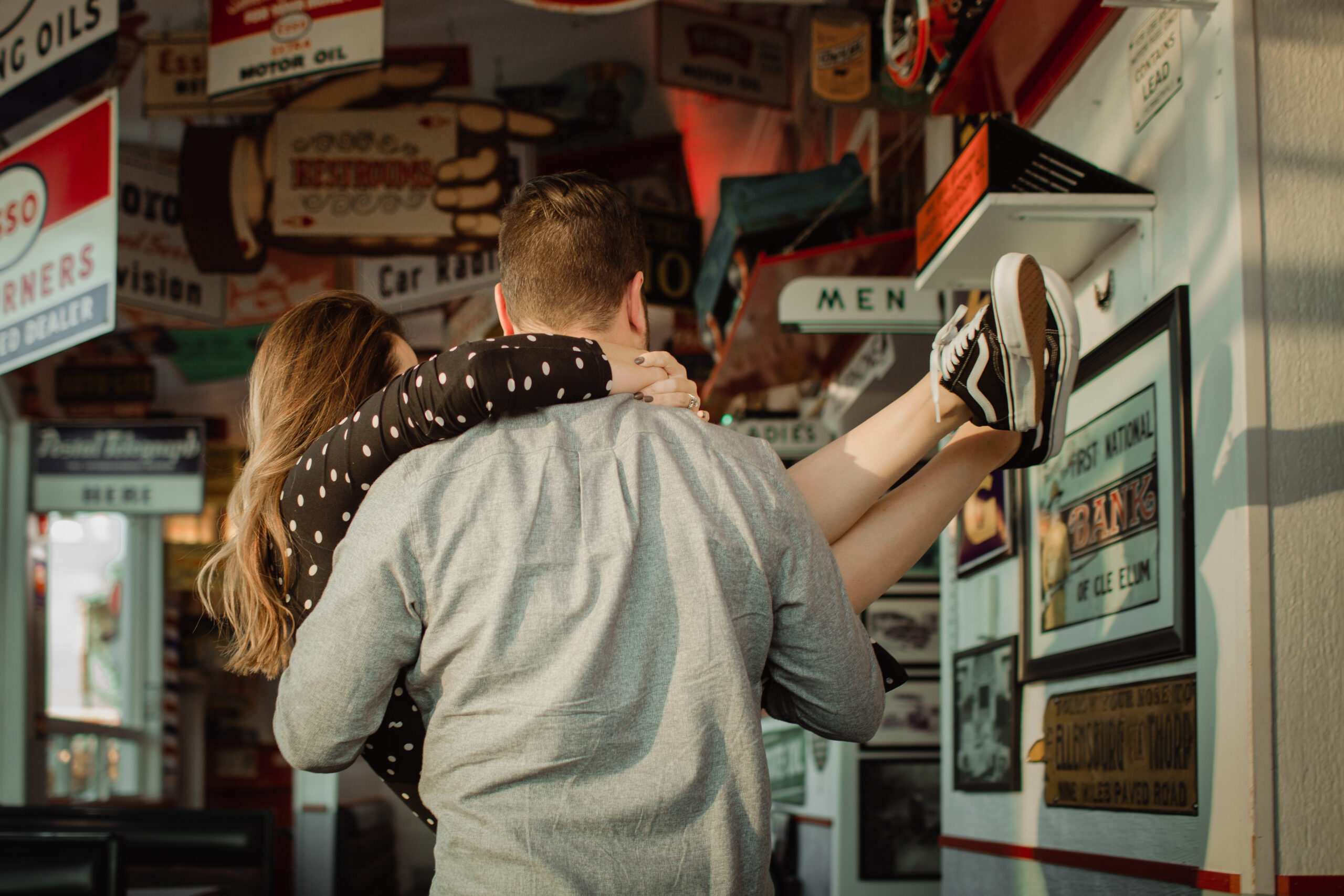 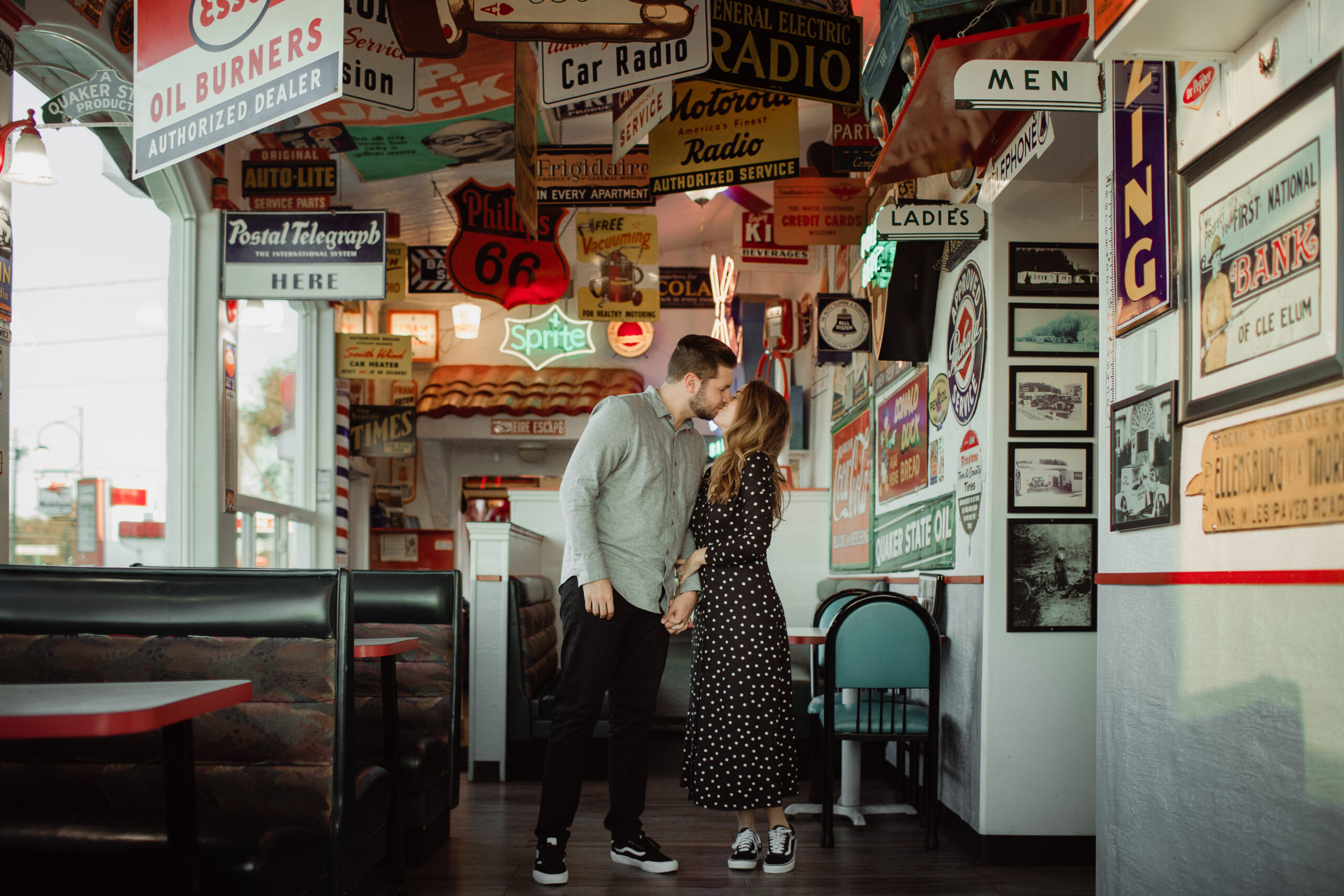 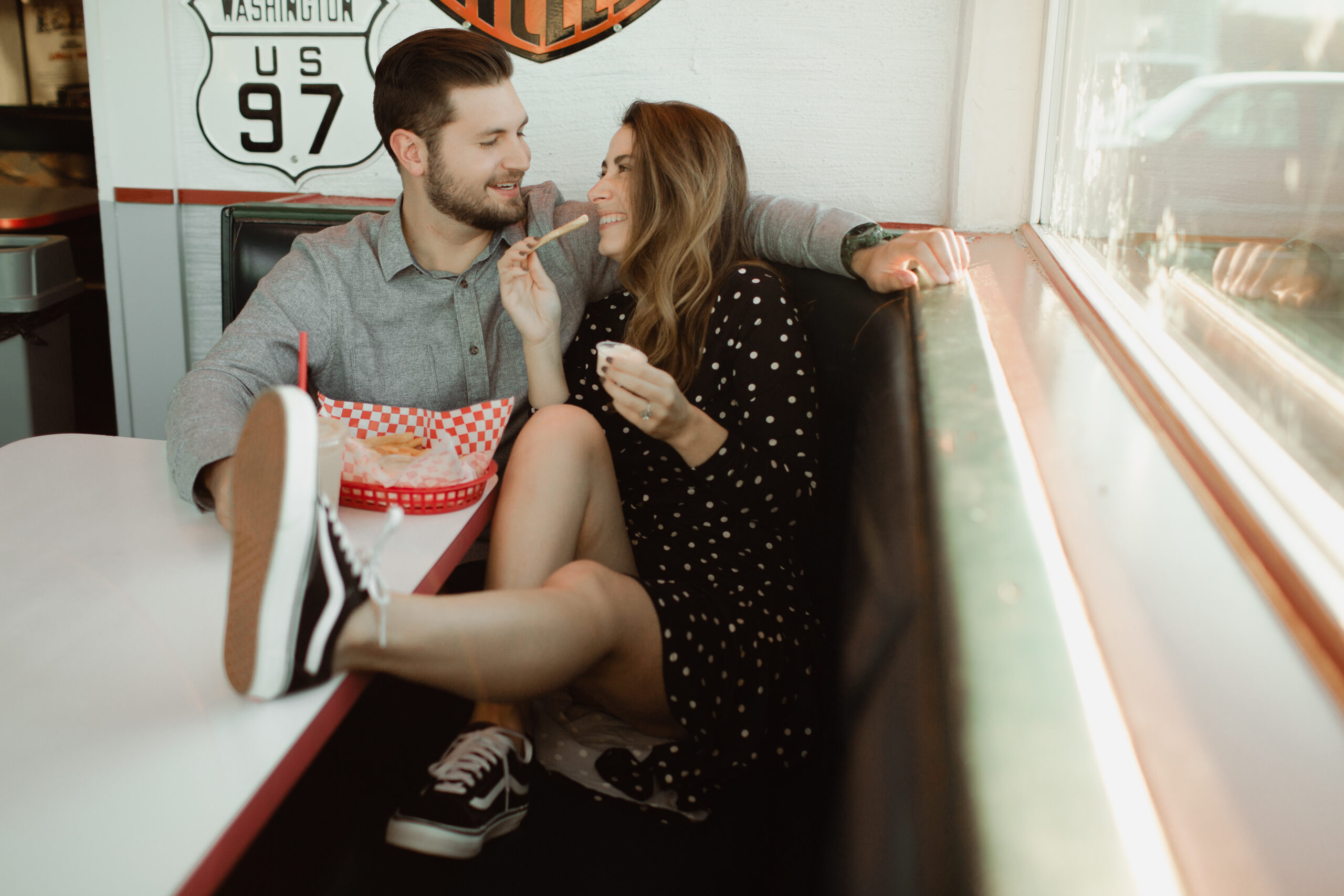 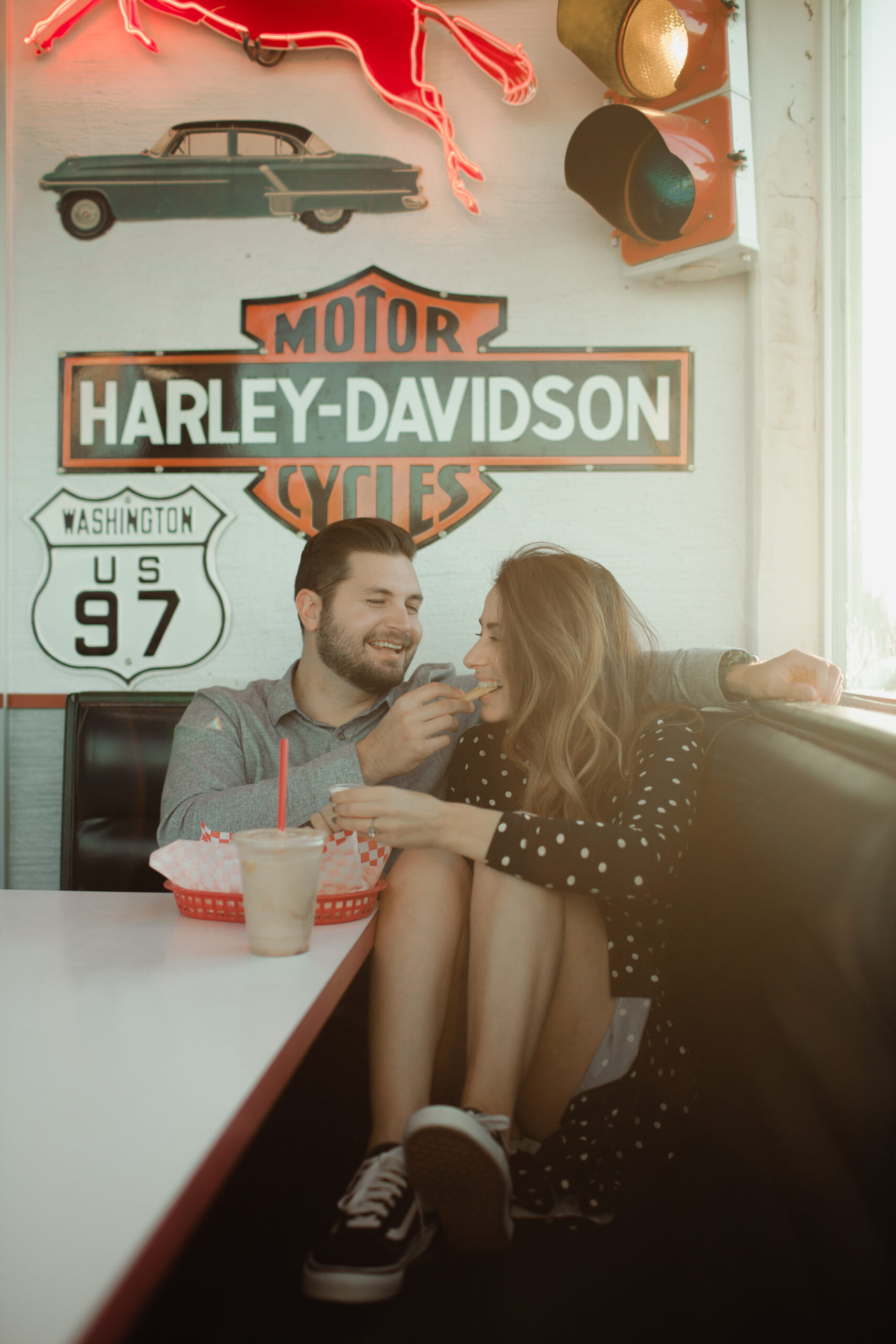 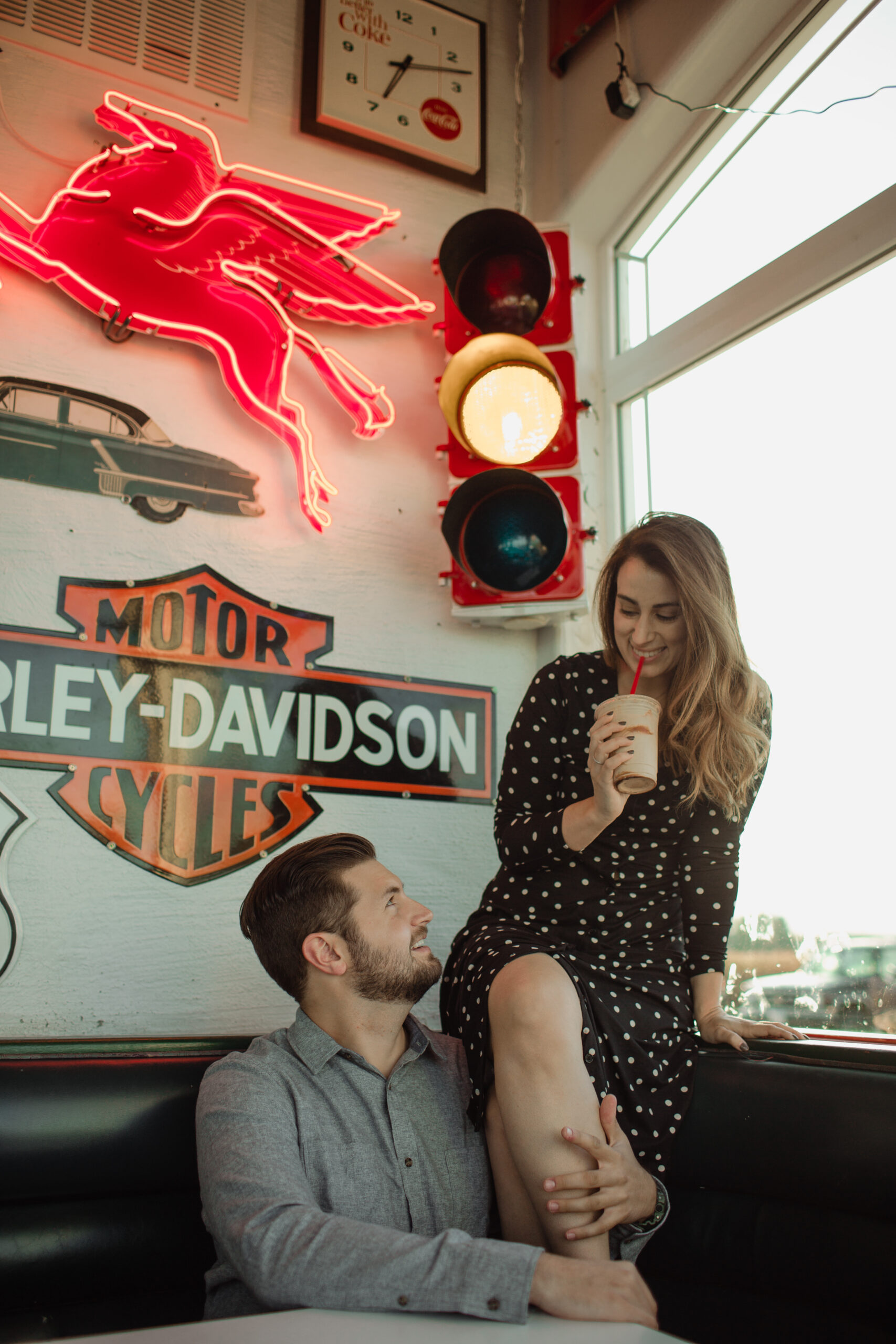 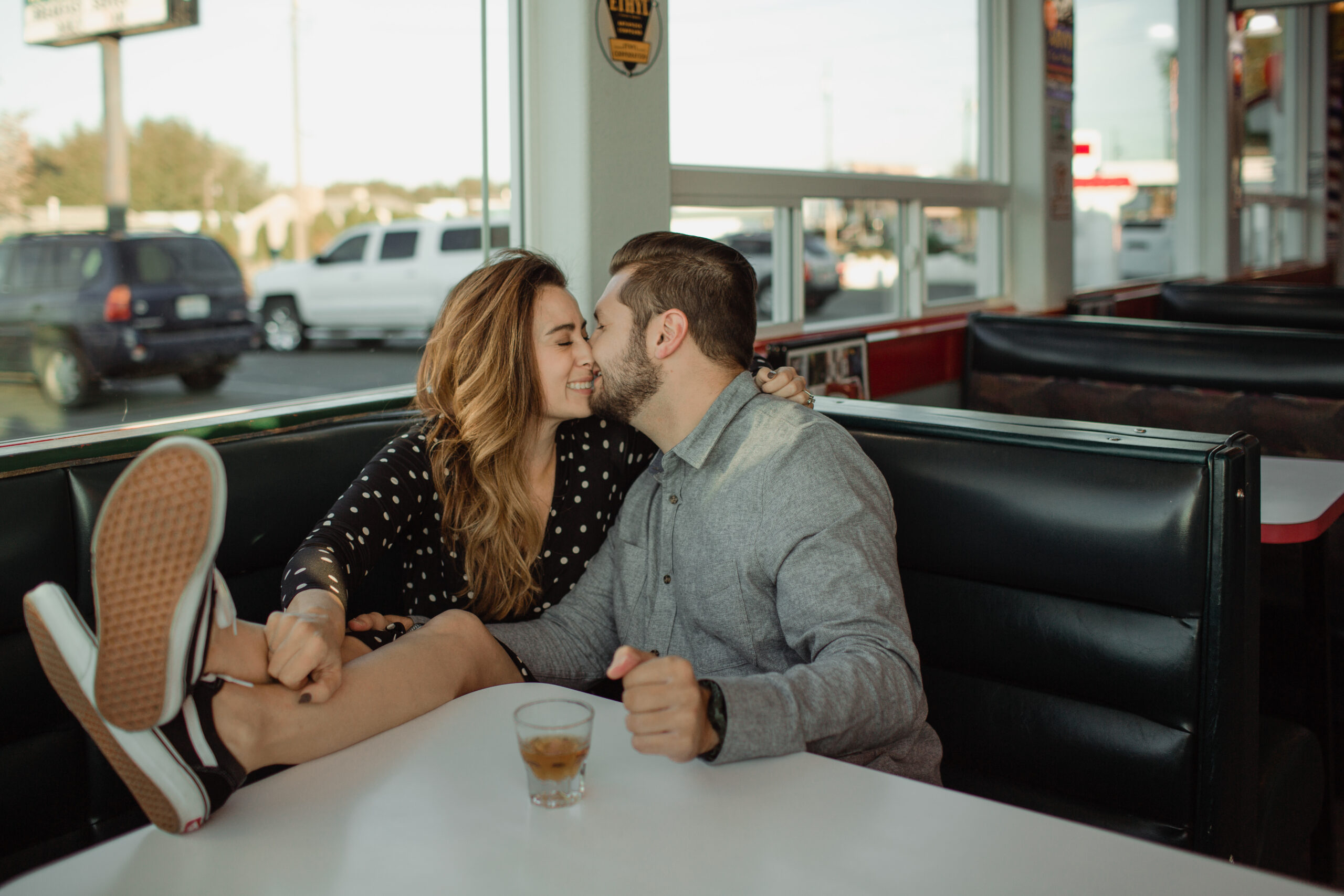 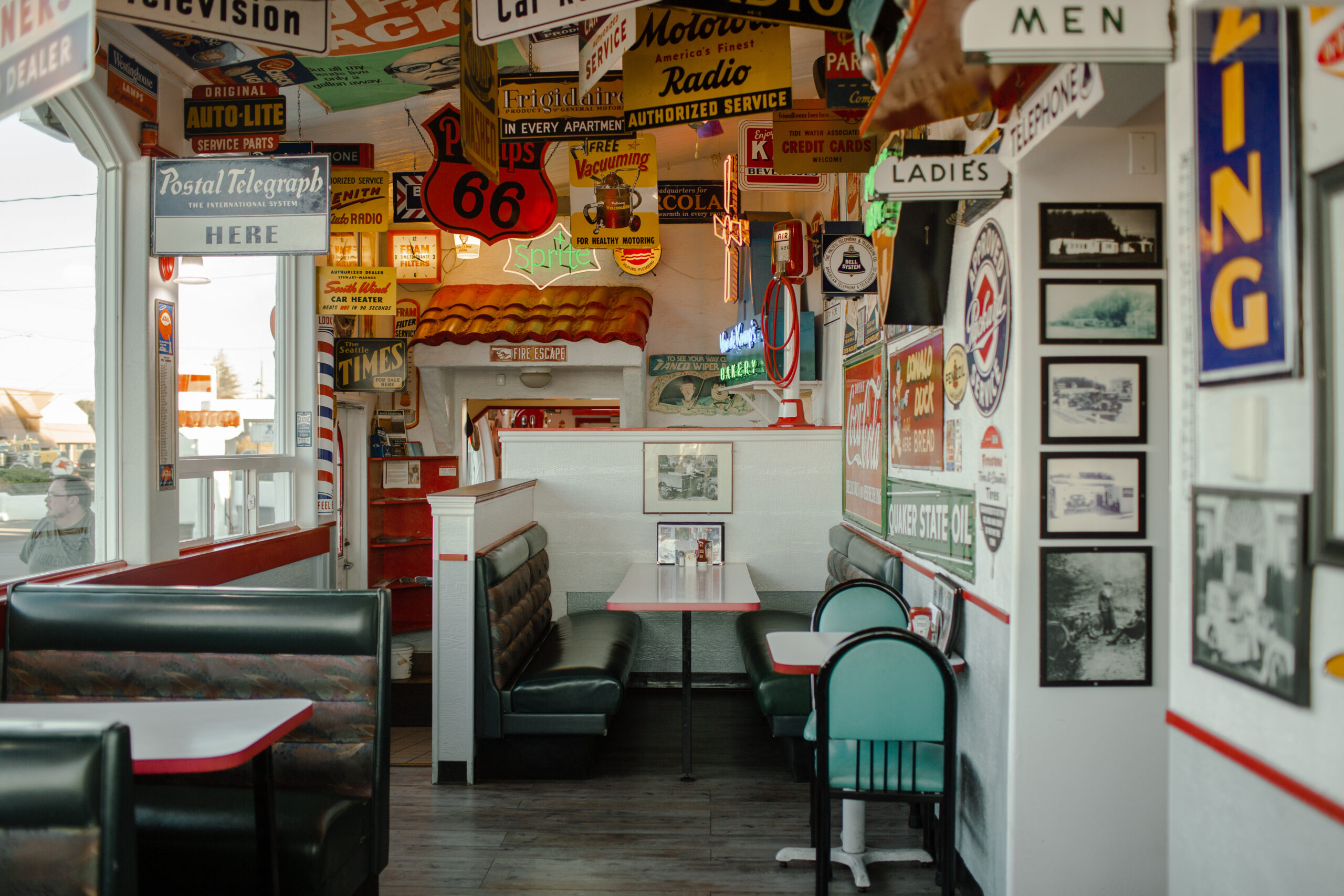 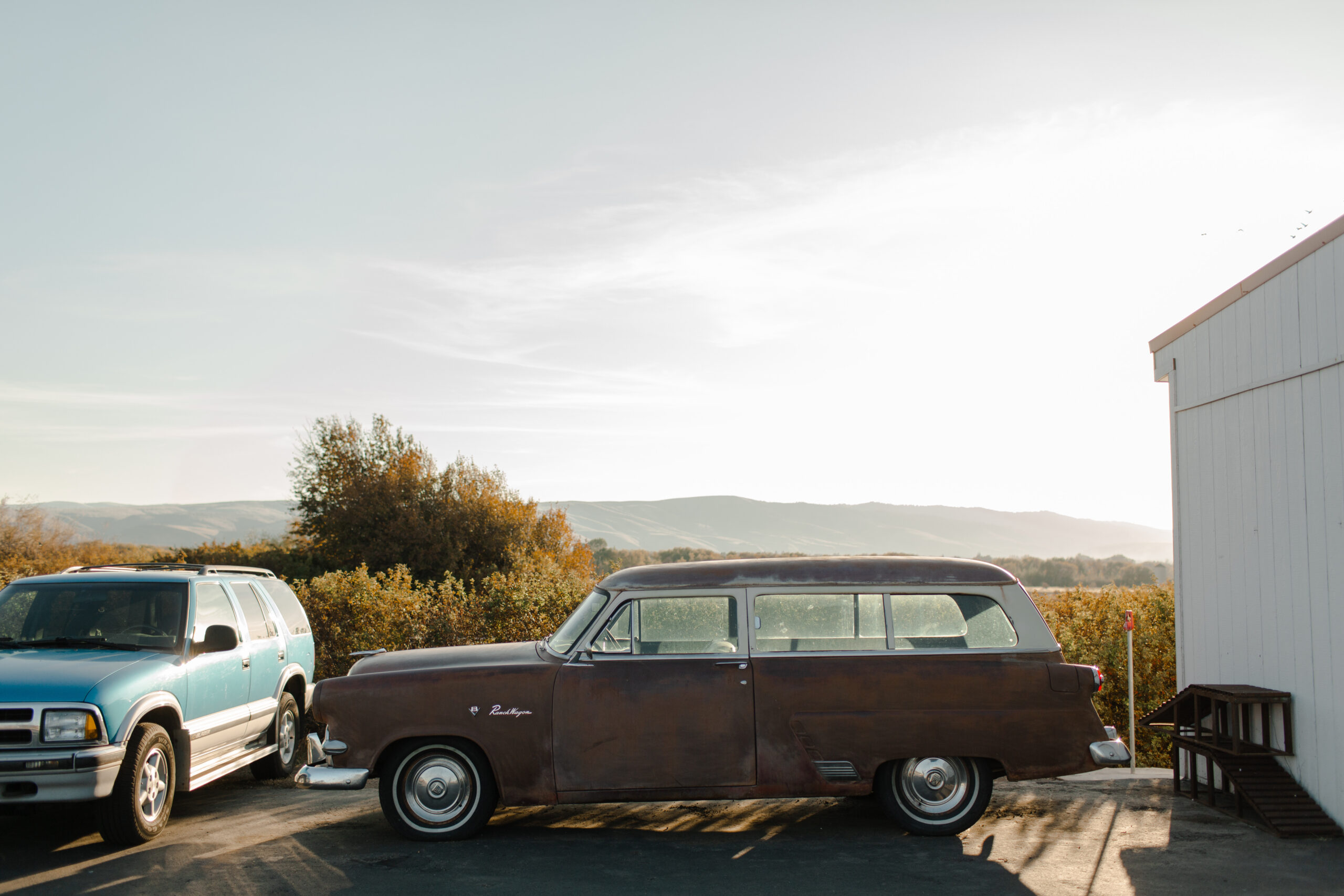 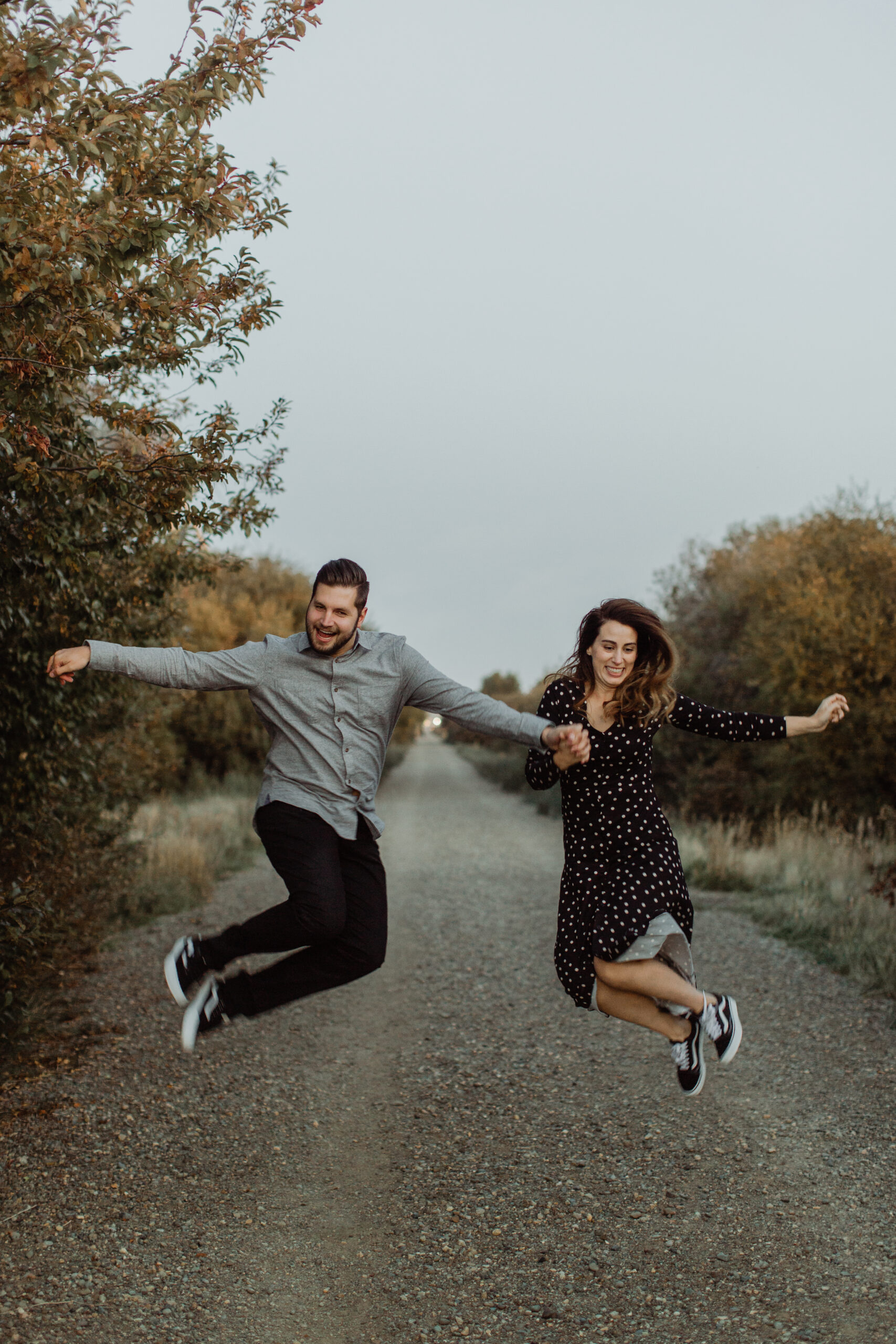 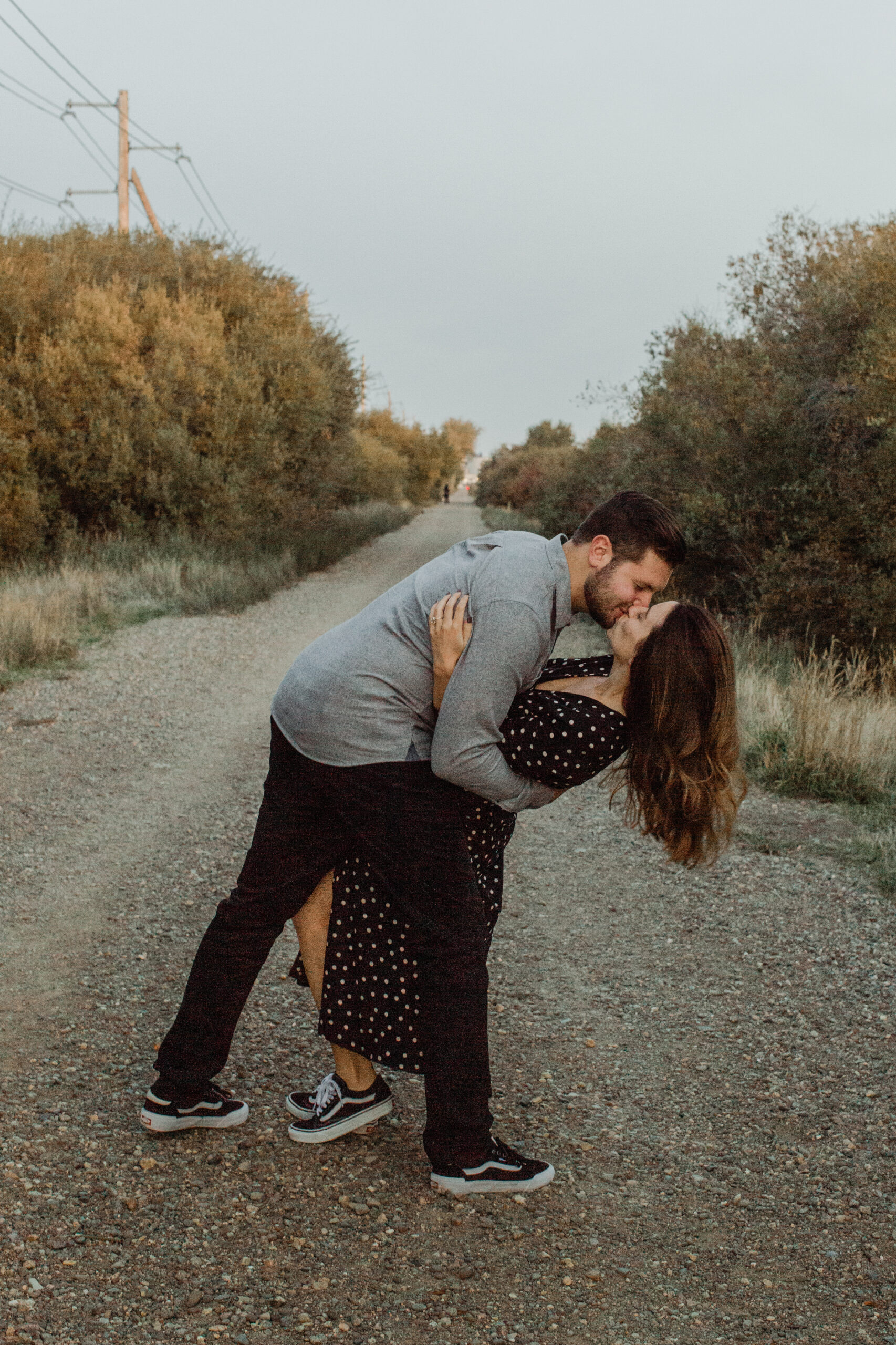