These CA locals decided to walk the shore of Seal Cove Beach for their warm and bright engagement session with Vivo Photography. Monica and Lance’s unique story of first meeting at the gym was incorporated into their photo session at the end – we loved how intentional they were in picking their outfits! Whether in their gym clothes or in their elegant beachwear, they both were glowing the entire evening. 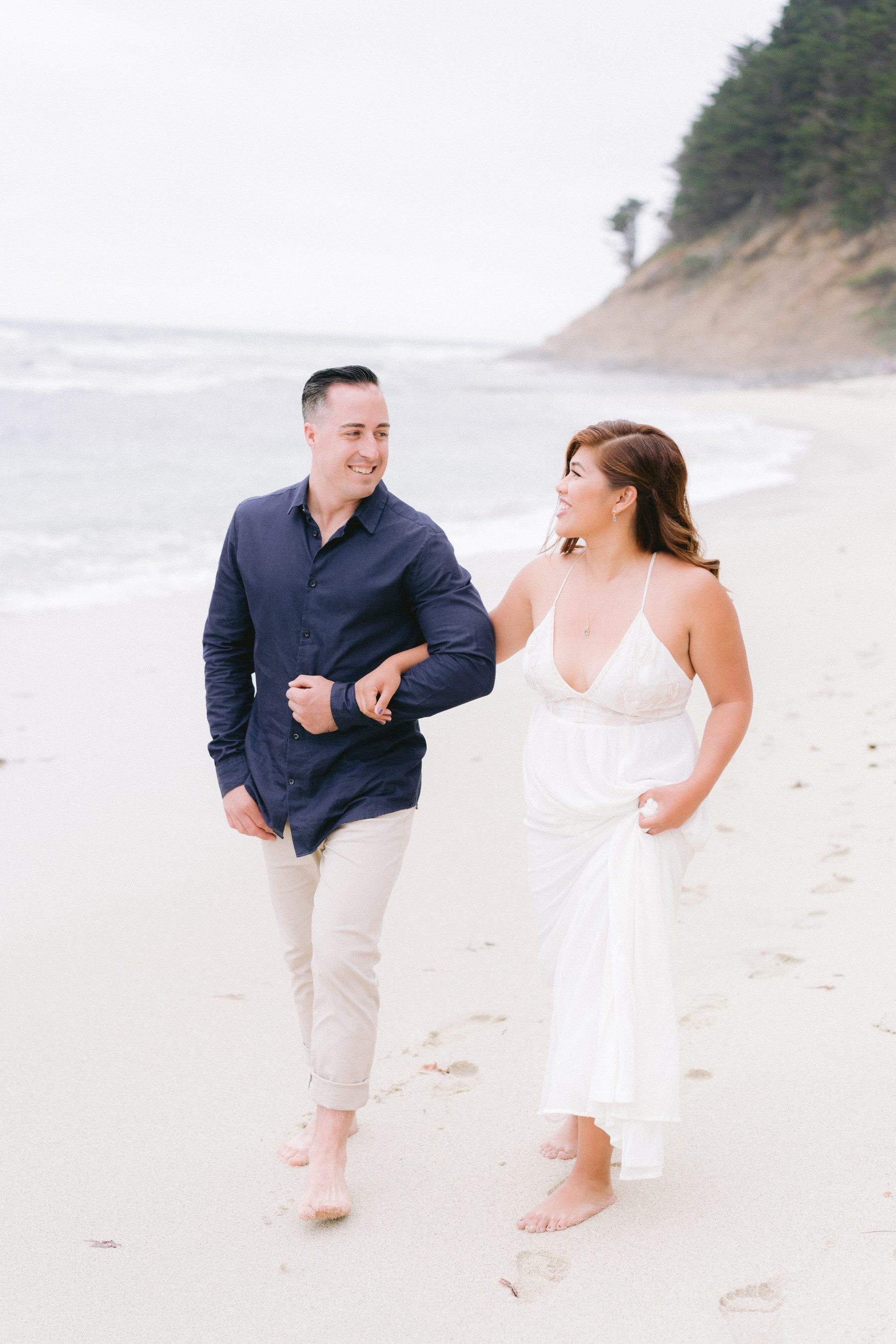 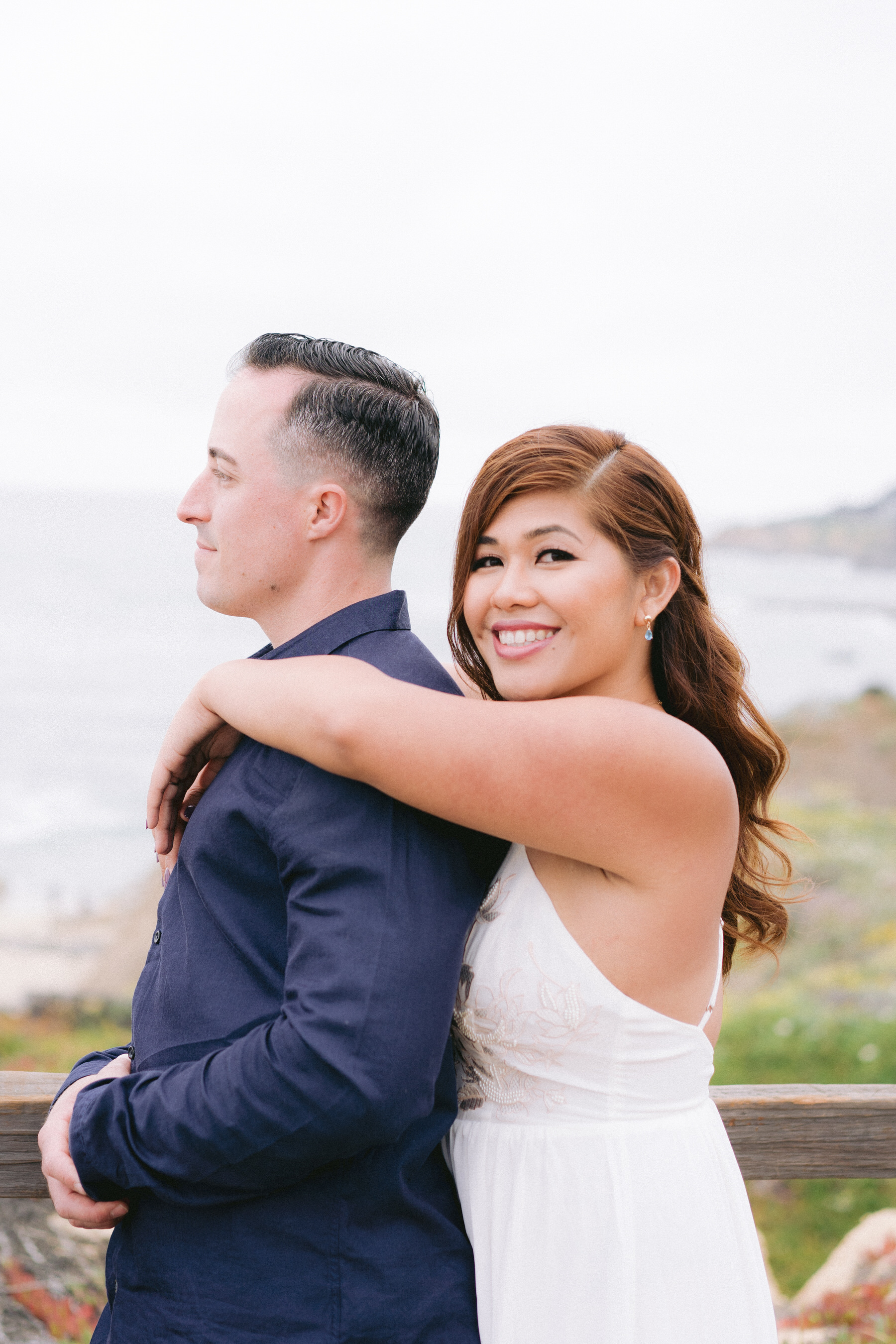 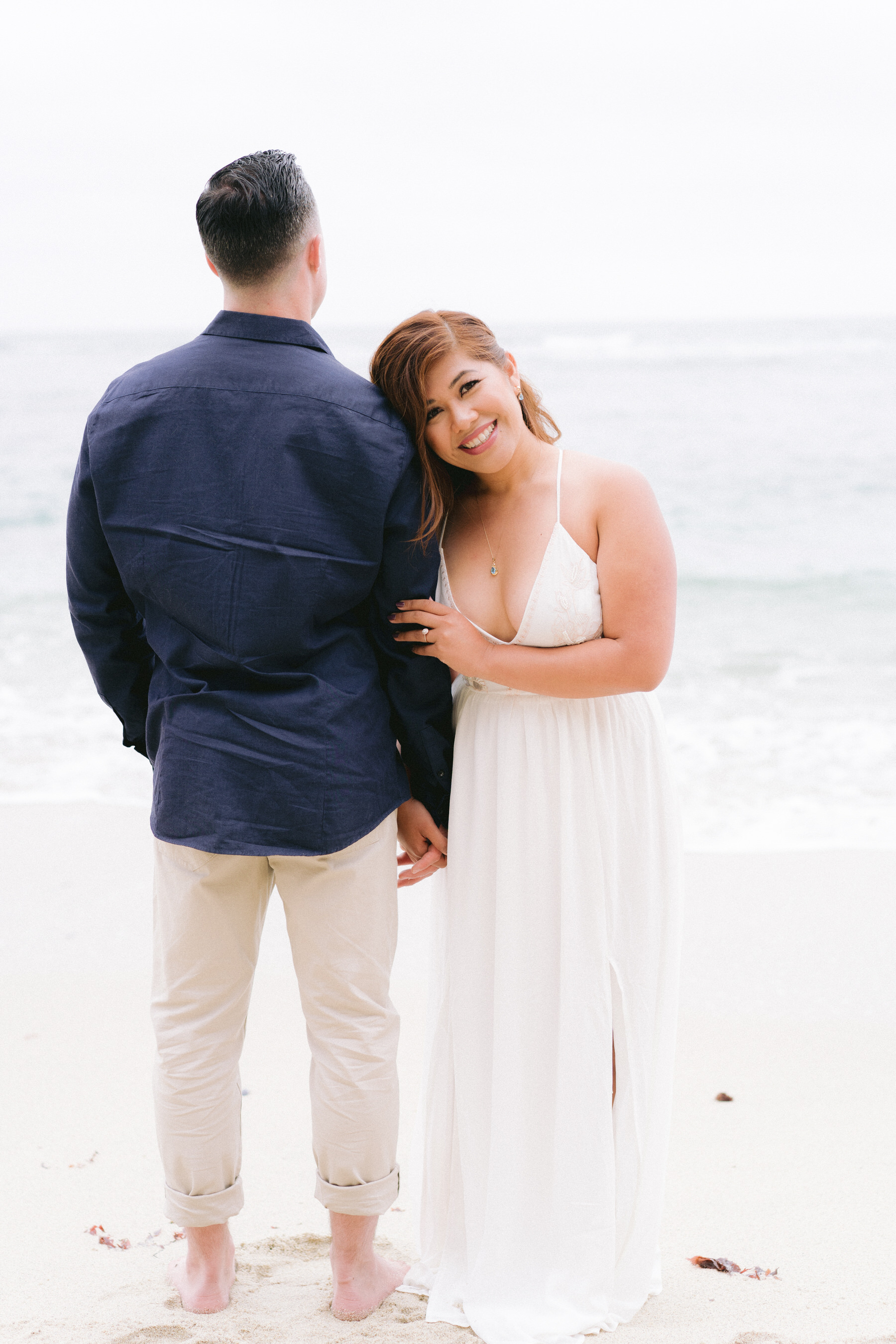 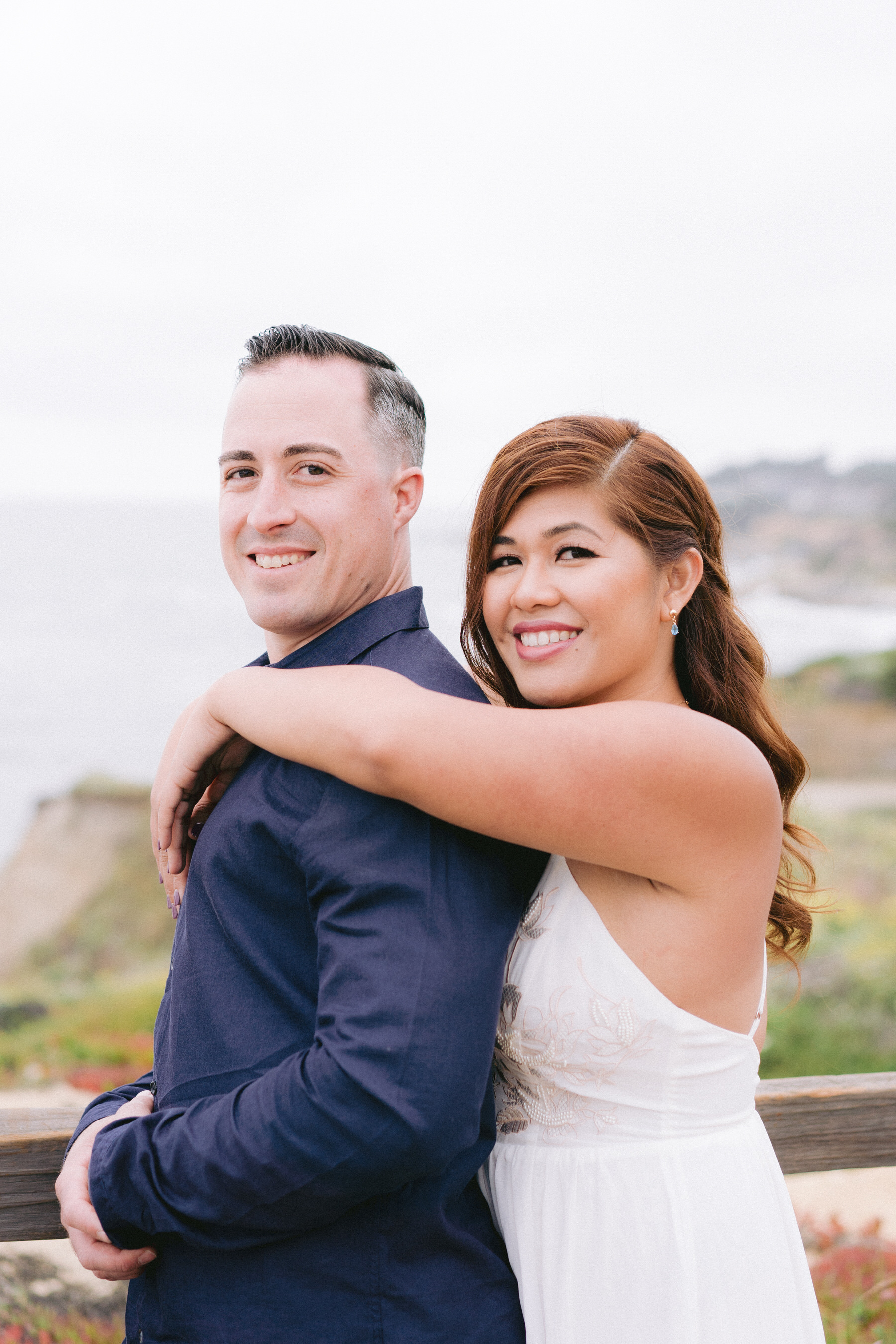 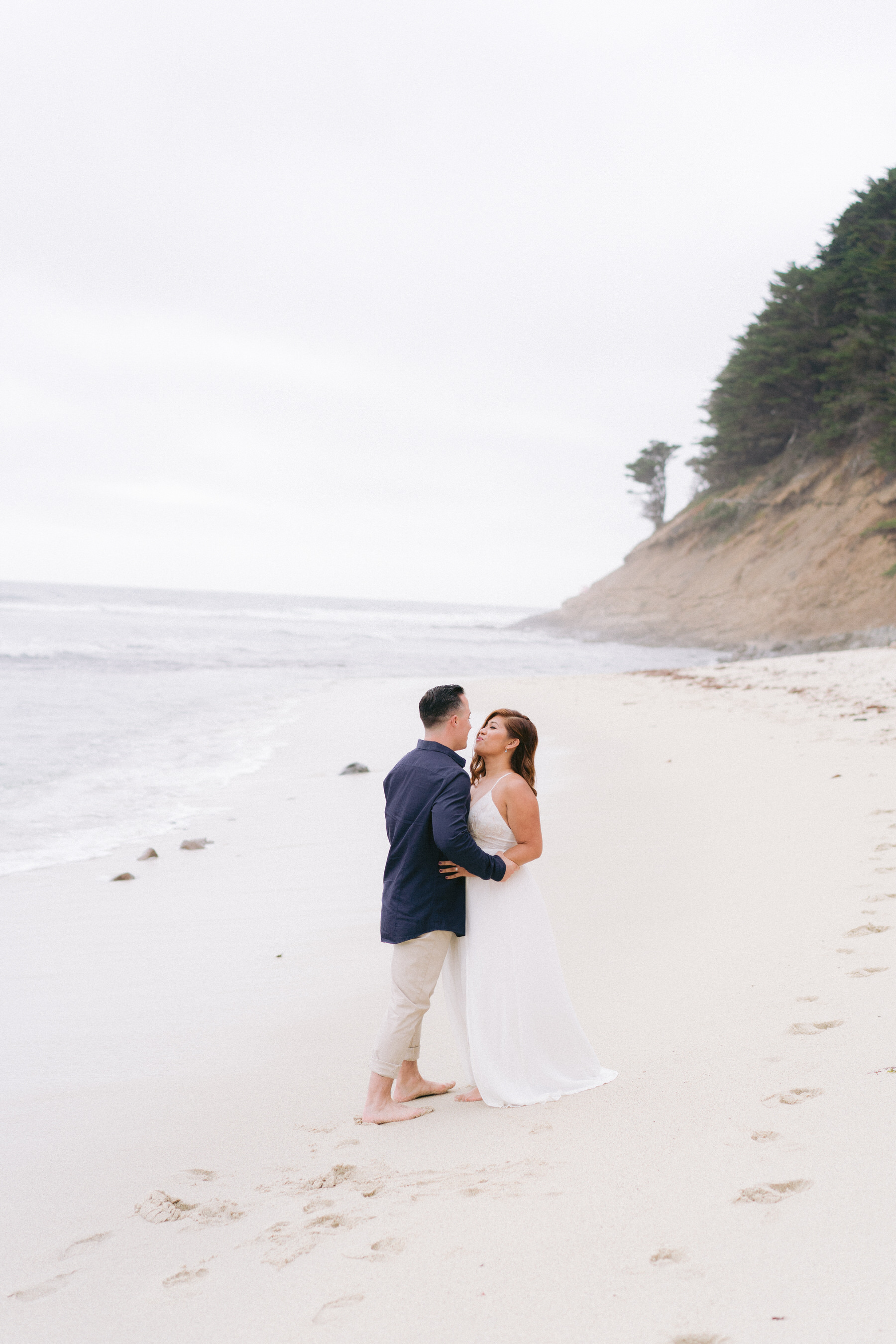 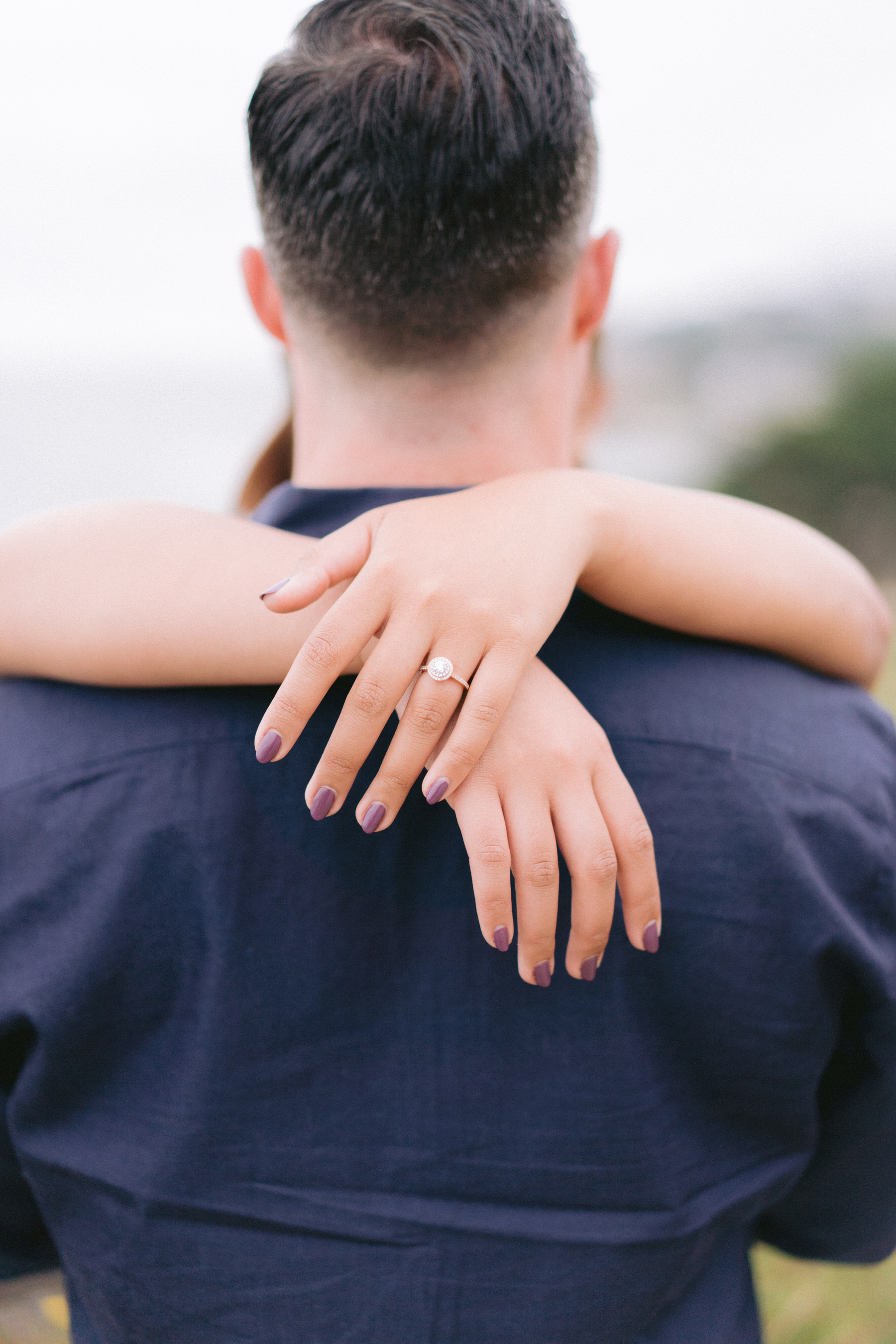 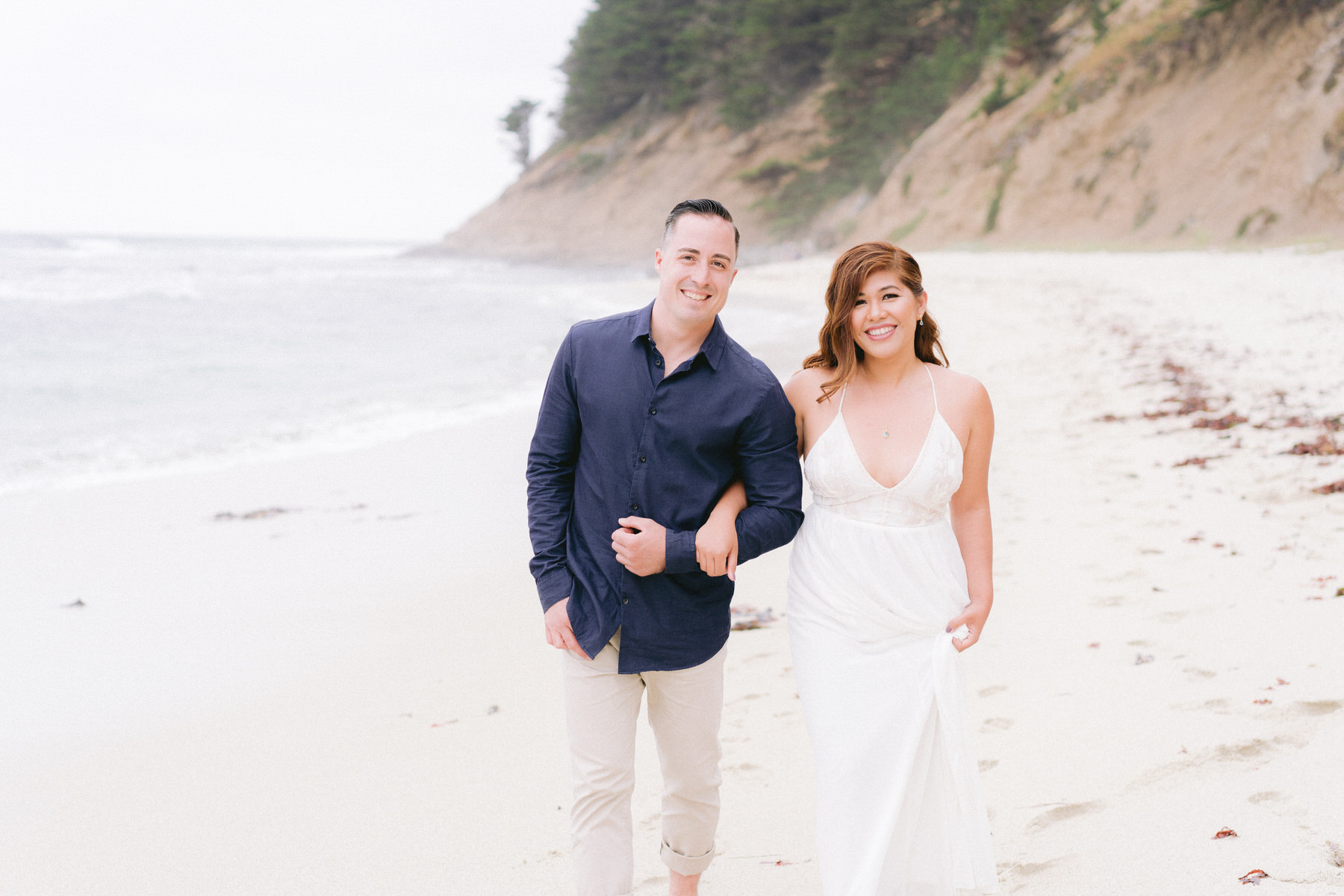 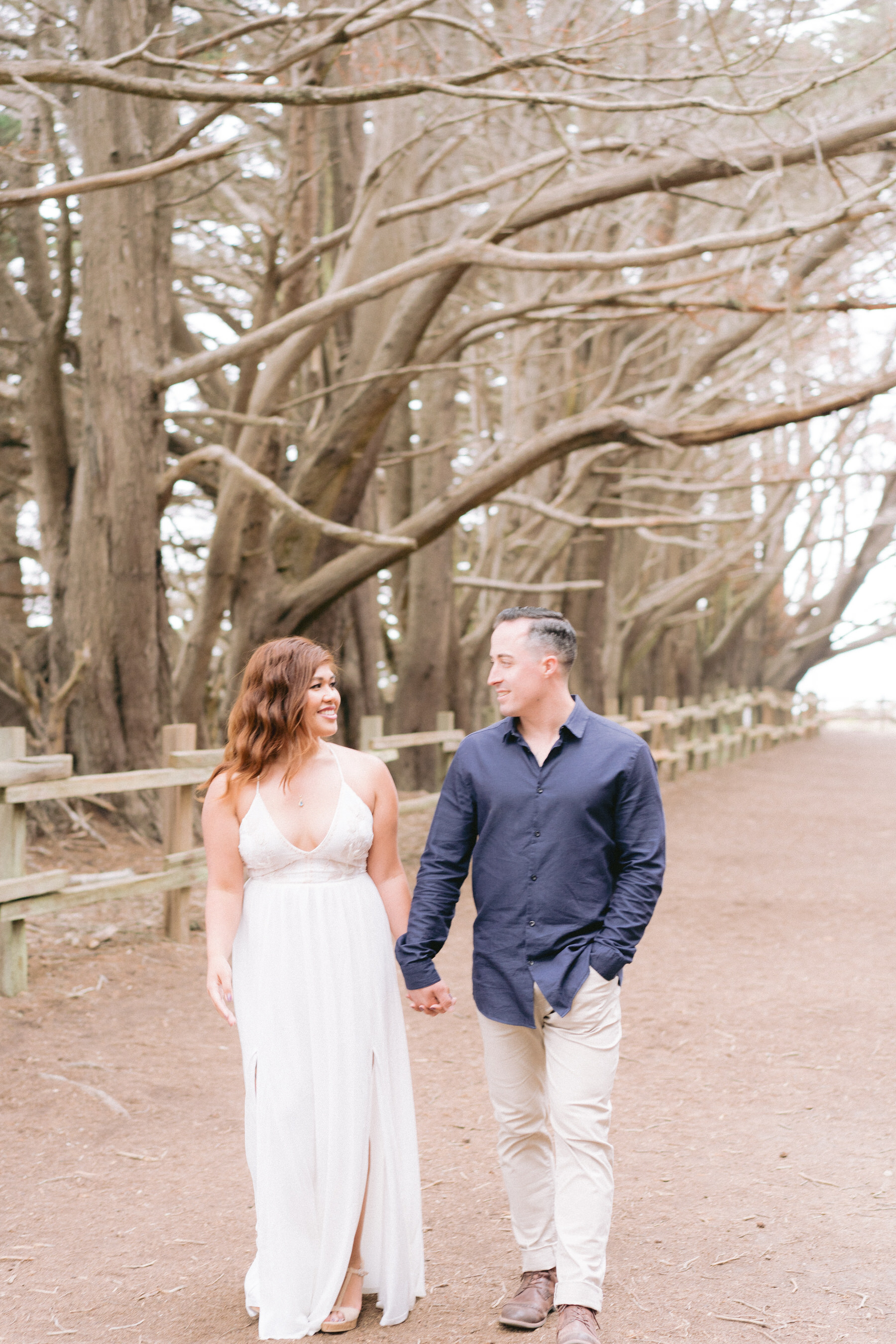 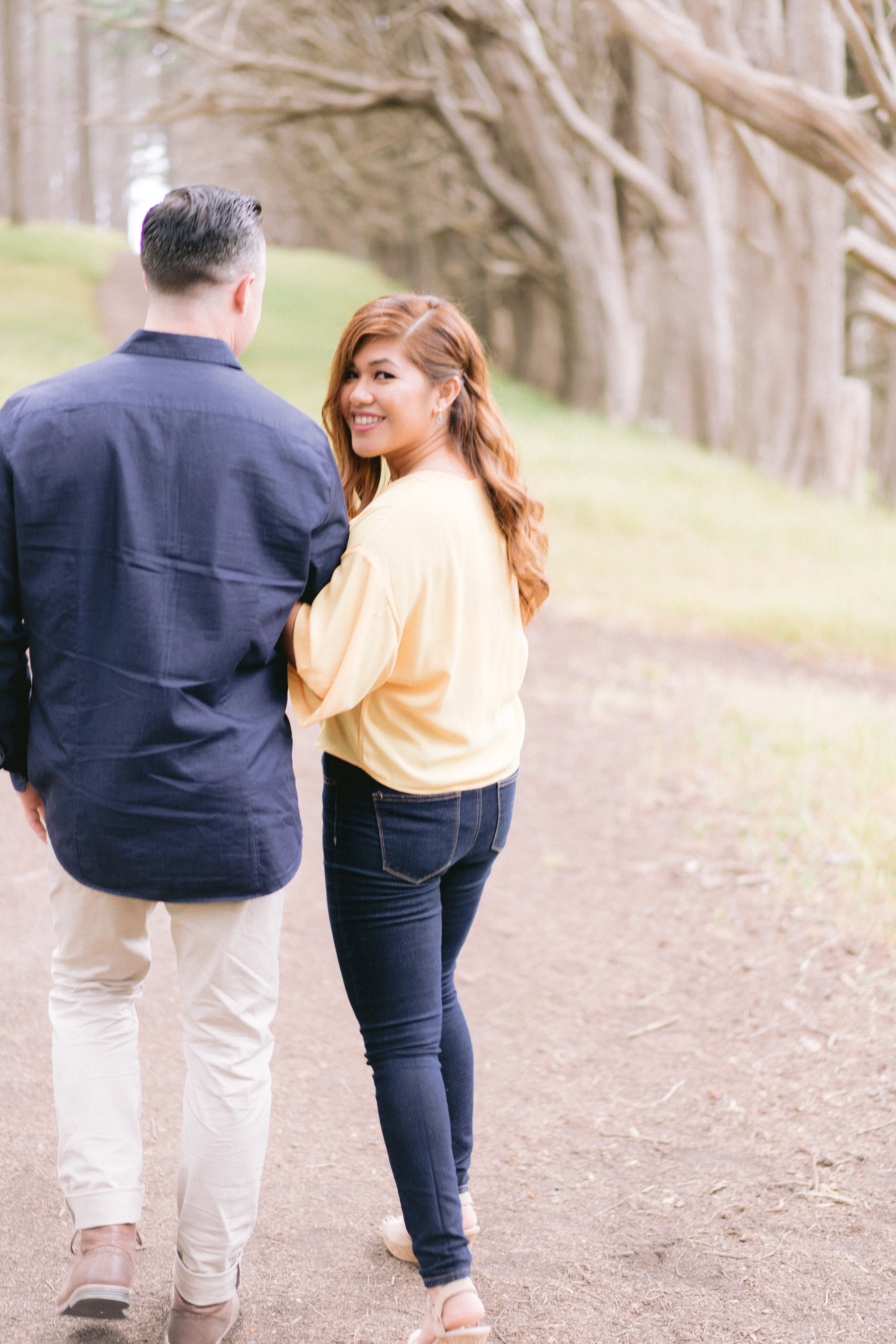 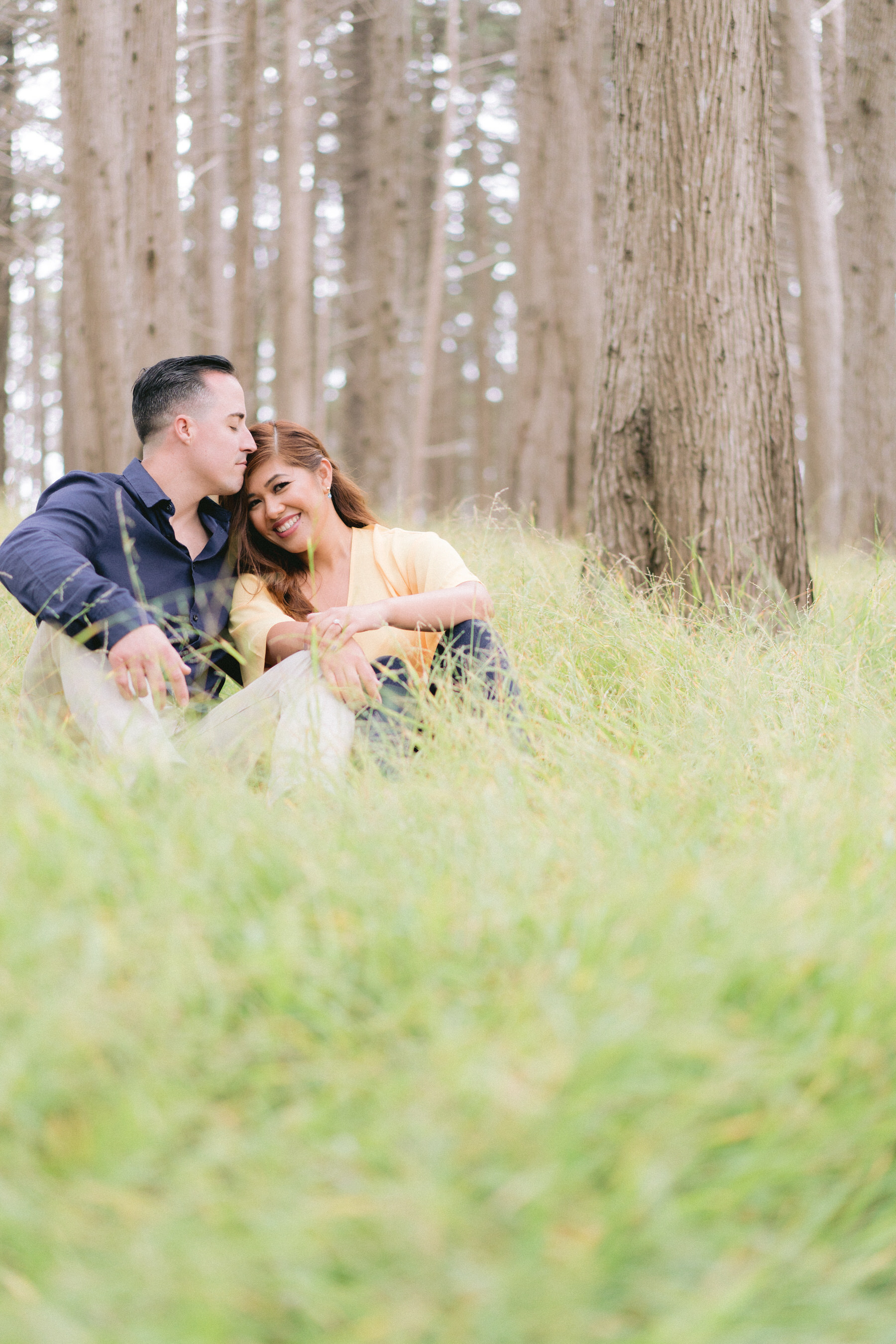 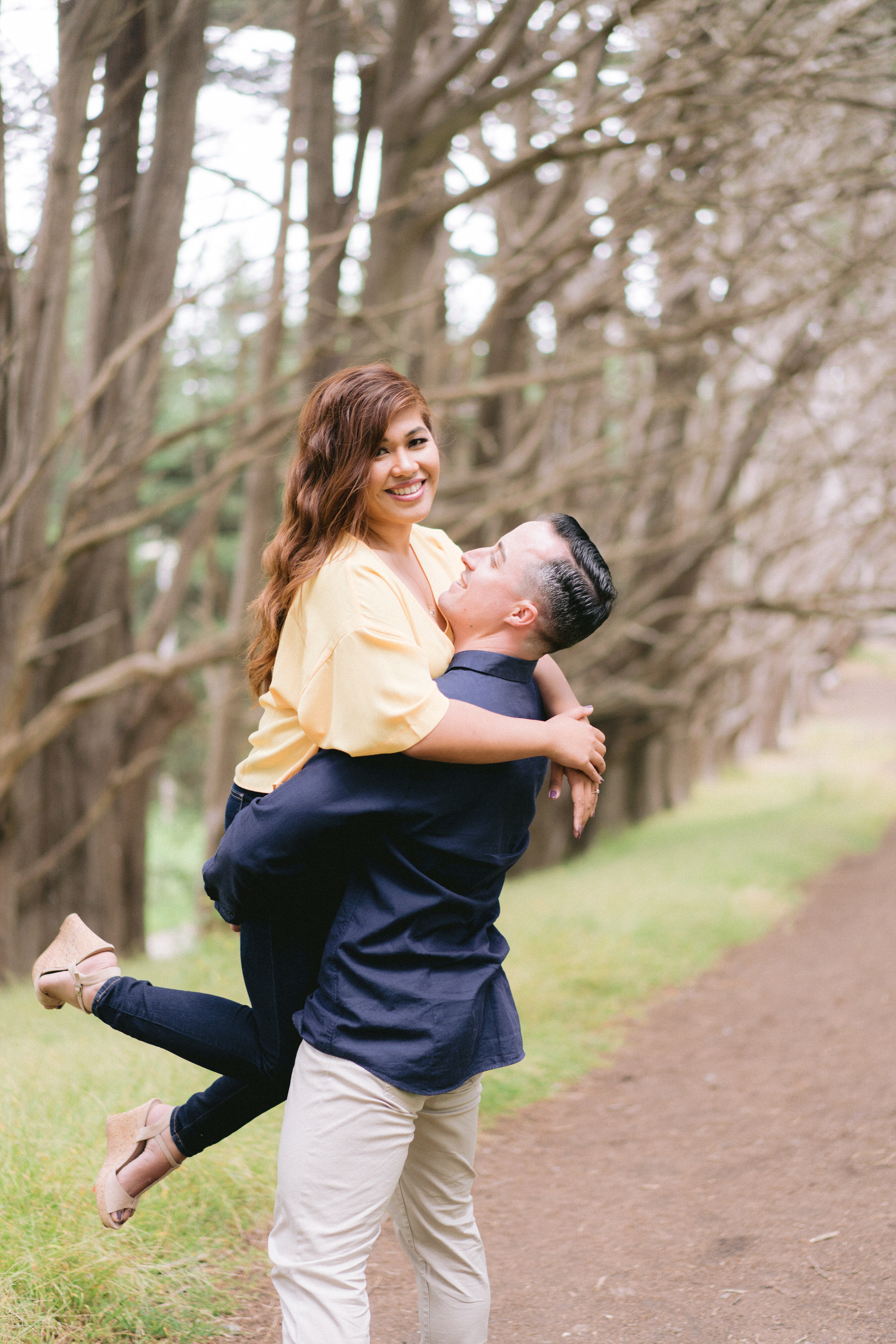 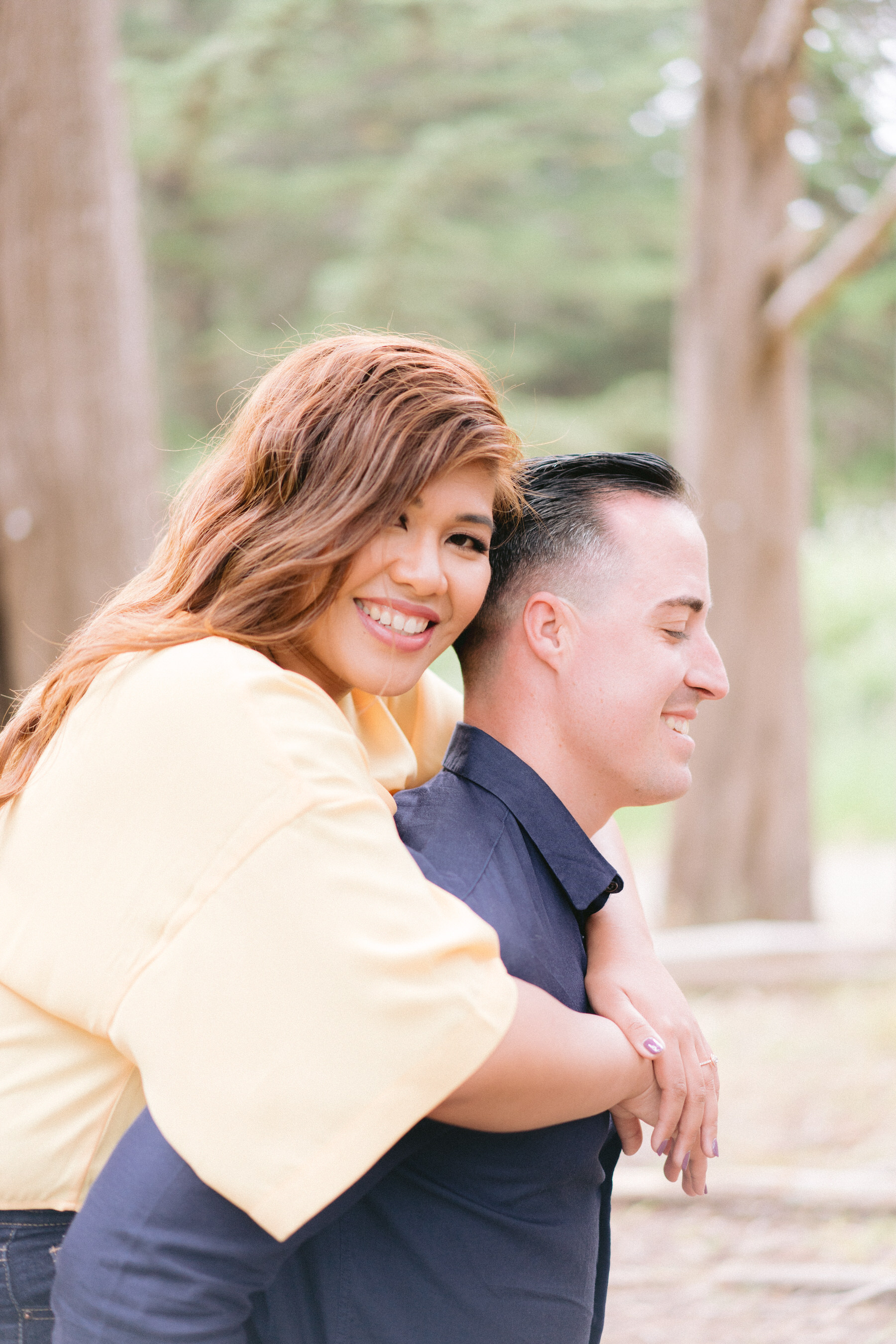 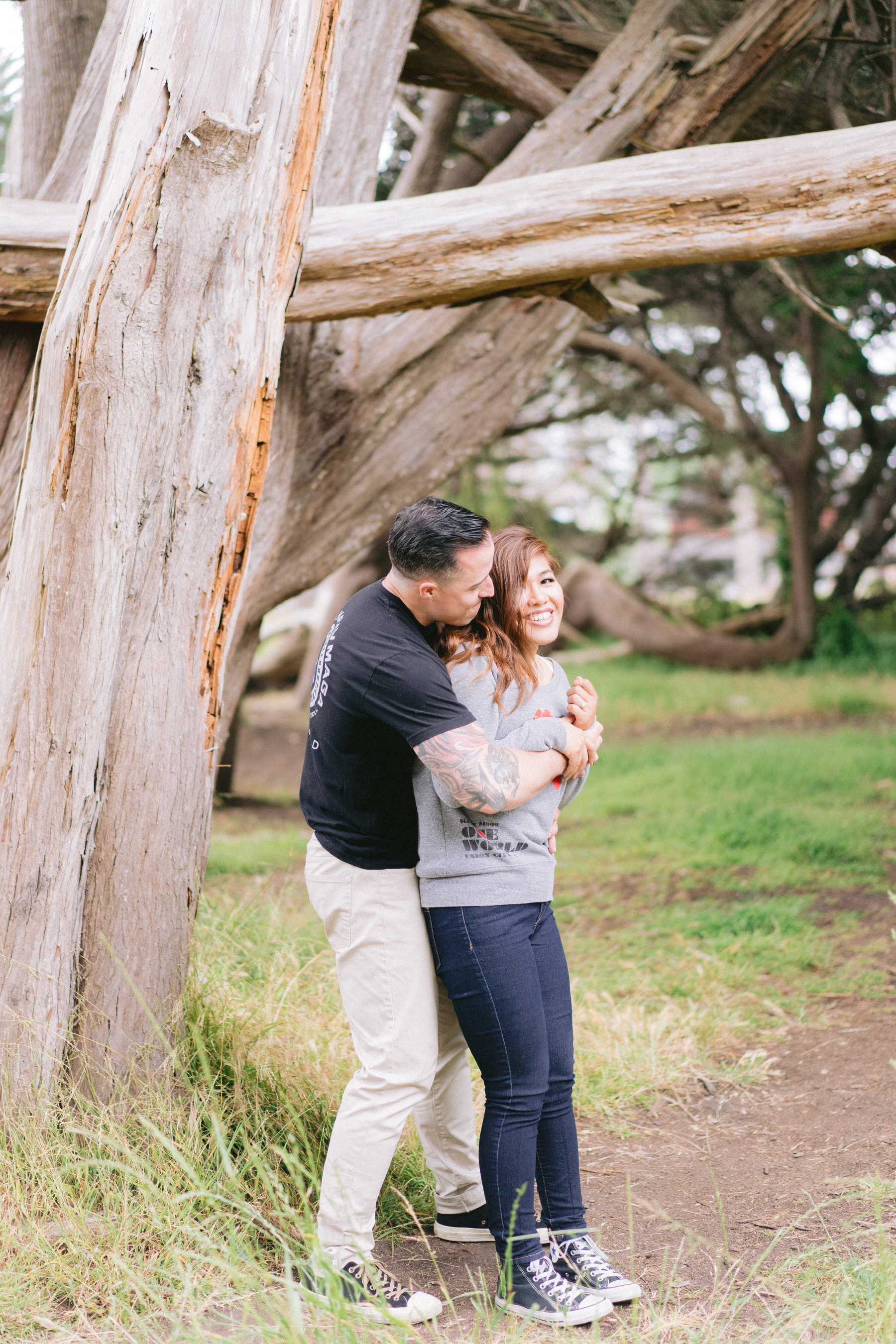 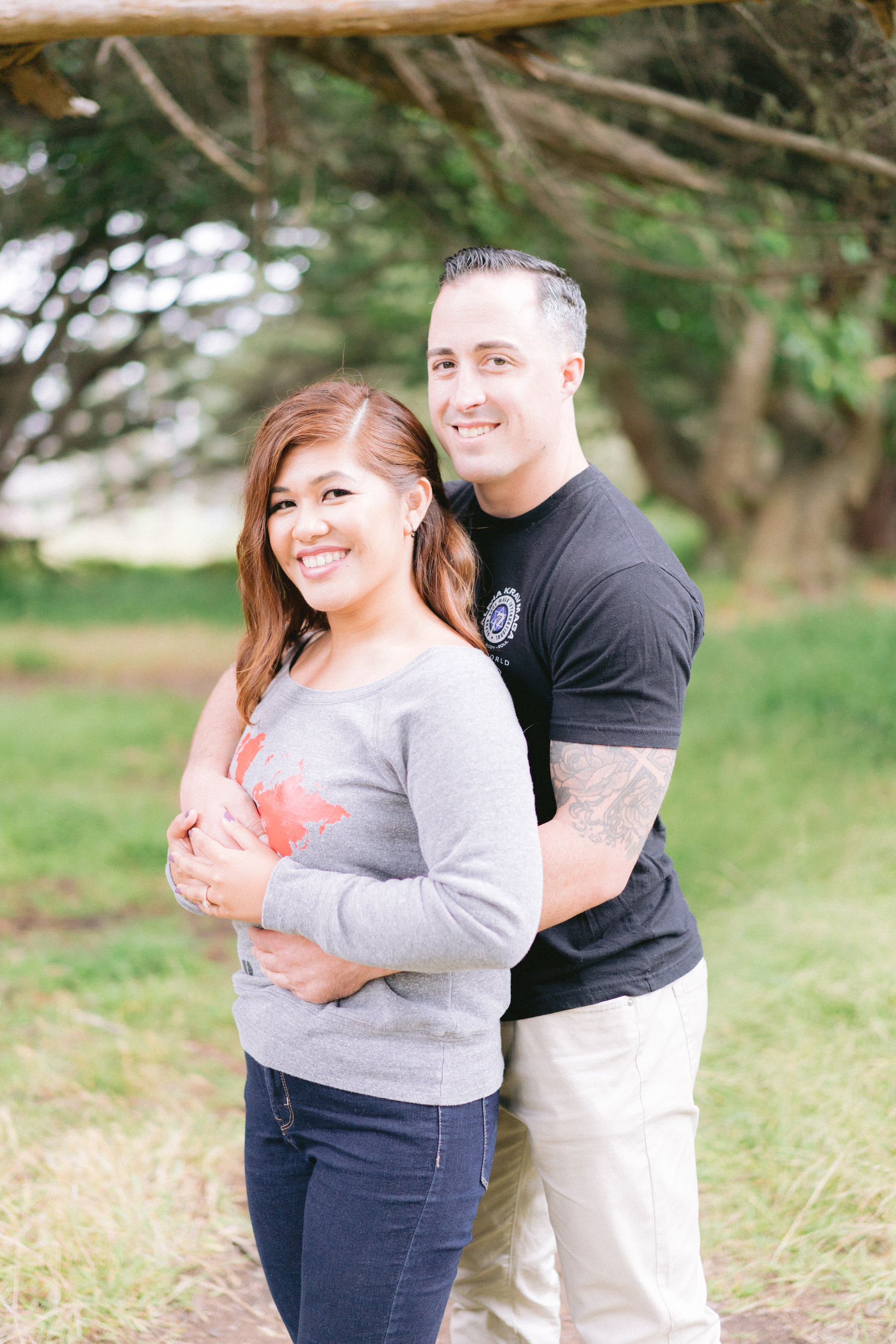 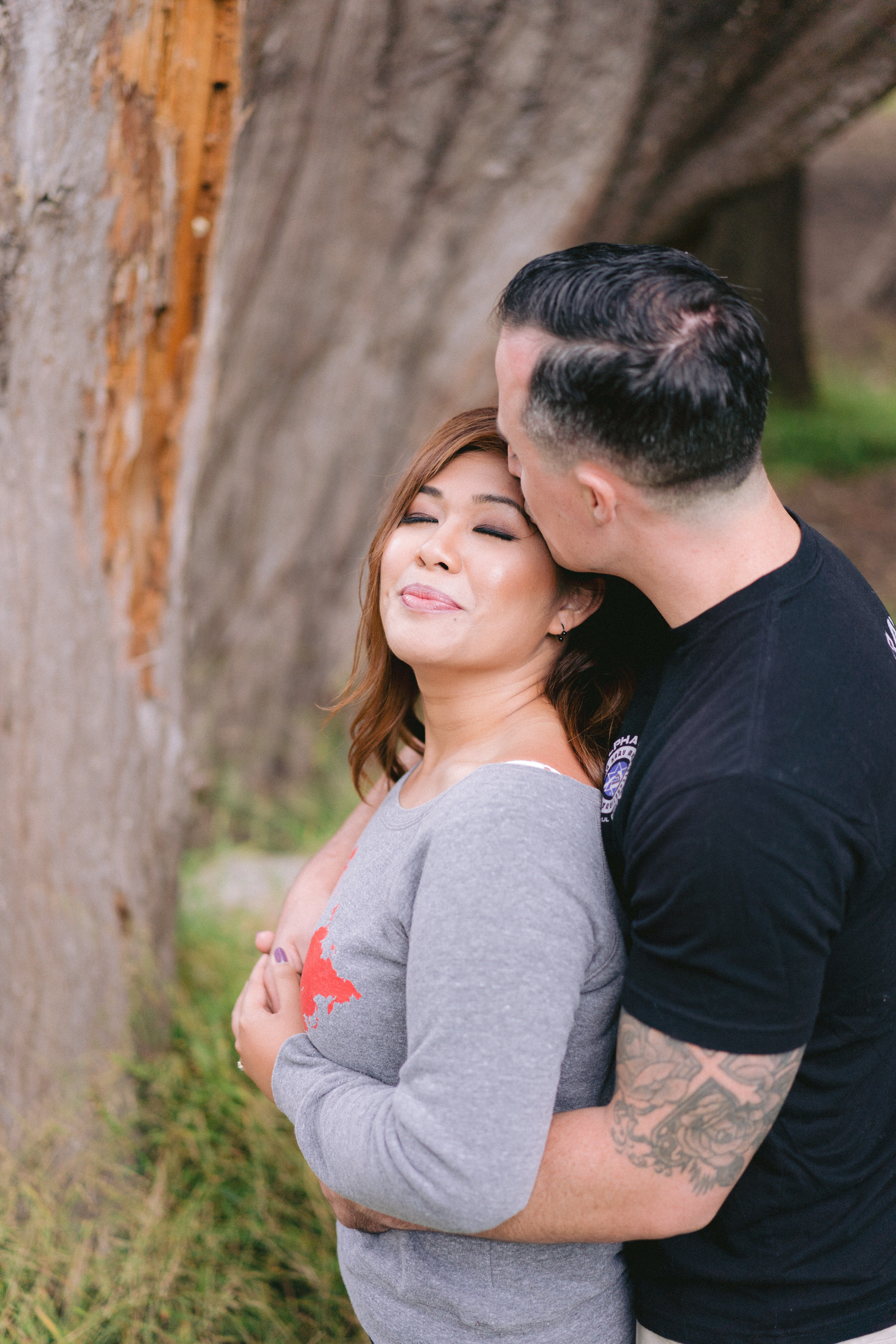 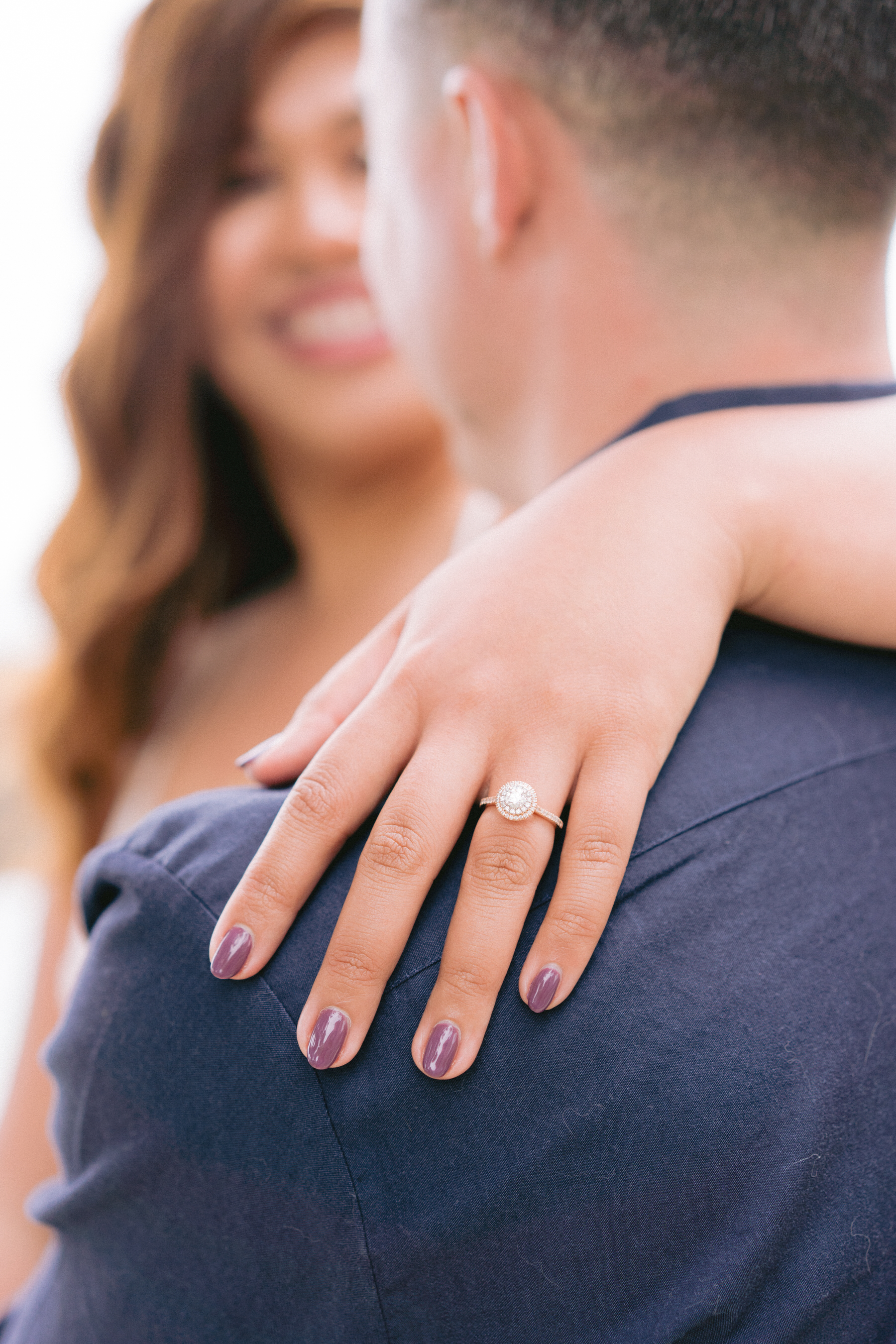 Believe it or not, the gym! Yes, the gym! We were paired up during a Krav Maga self defense class in 2016, but nothing really came of it because at the time, Lance was working night shifts and as I was coming into the gym, Lance would be leaving to go to work. Fast forward to a year later (2017), and Lance started working day shift, thus coming to the gym around the same time I would. Call it fate, or whatever, but the weekend before our gym was having a Valentine’s Day competition, my gym friends and I were planning to go out. Lance was actually leaving after changing when we called him over to see if he wanted to hang out with us. He was so surprised because he was just thinking about how to ask me out! We exchanged numbers and the day before everyone supposed to hang out he asked me if I wanted to see John Wick 2 and grab some dinner beforehand. I said yes and the rest is history!

We were on vacation in San Diego. I was in my last year of graduate school, as well as completing my internship, at the time for my Masters and we decided to take a much needed mini-vacation a couple of weeks before Christmas. Our second day there we decided to take a tour of the USS Midway. My dad was in the Navy and my fiancé is super into all things military so I knew he would appreciate the opportunity to tour the ship. We got there early in the morning to beat the crowd. After a few hours of touring the ship, we decided to to walk around the outskirts of the ship and over to the”Kissing Sailor” statue.

We were looking around for someone to take our photo and Lance ended up walking over to an older woman with her daughter while I waited over by the statue. As he walked back he was directing her about the angle he wanted. I didn’t think too much about it cause he can be super picky with pictures. As we were getting into position to take a picture, he got down on one knee and asked me to marry him! He later told me that he let the older woman know that he was going to propose and asked if she could take a video. When I viewed the video you could actually hear people from a nearby restaurant cheering when I said yes! I joke around and say that it was really our friends and family there in spirit.

The engagement ring is a round double halo white diamond with a rose gold band.

Forever 21! Yes! Forever 21! I was looking for an outfit for a wedding we were going to attend and I ended up finding these amazing pieces. My jewelry, aside from my engagement ring, is actually a set I received from my aunt/godmother years ago. The stone is a blue topaz, which is my birth stone.