Christina and Jace met in pharmacy school and the attraction was immediate. When it came time to take their e-session with Kirsten Prater Photography, Jace’s family cotton farm beckoned to them because they wanted to really exude their love for their laid-back, countryside living and we have to say that we wouldn’t mind getting lost meandering about in that field for hours. 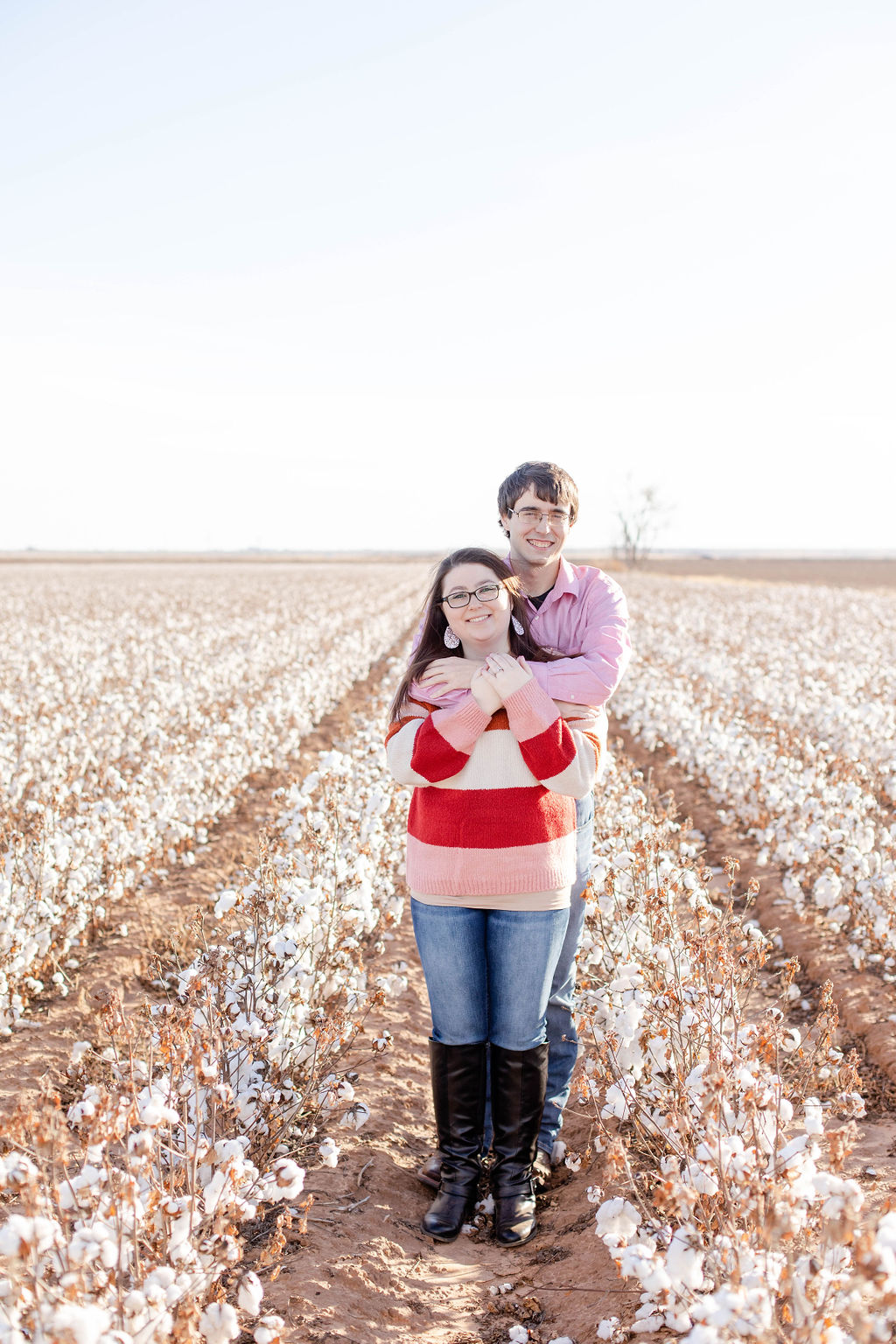 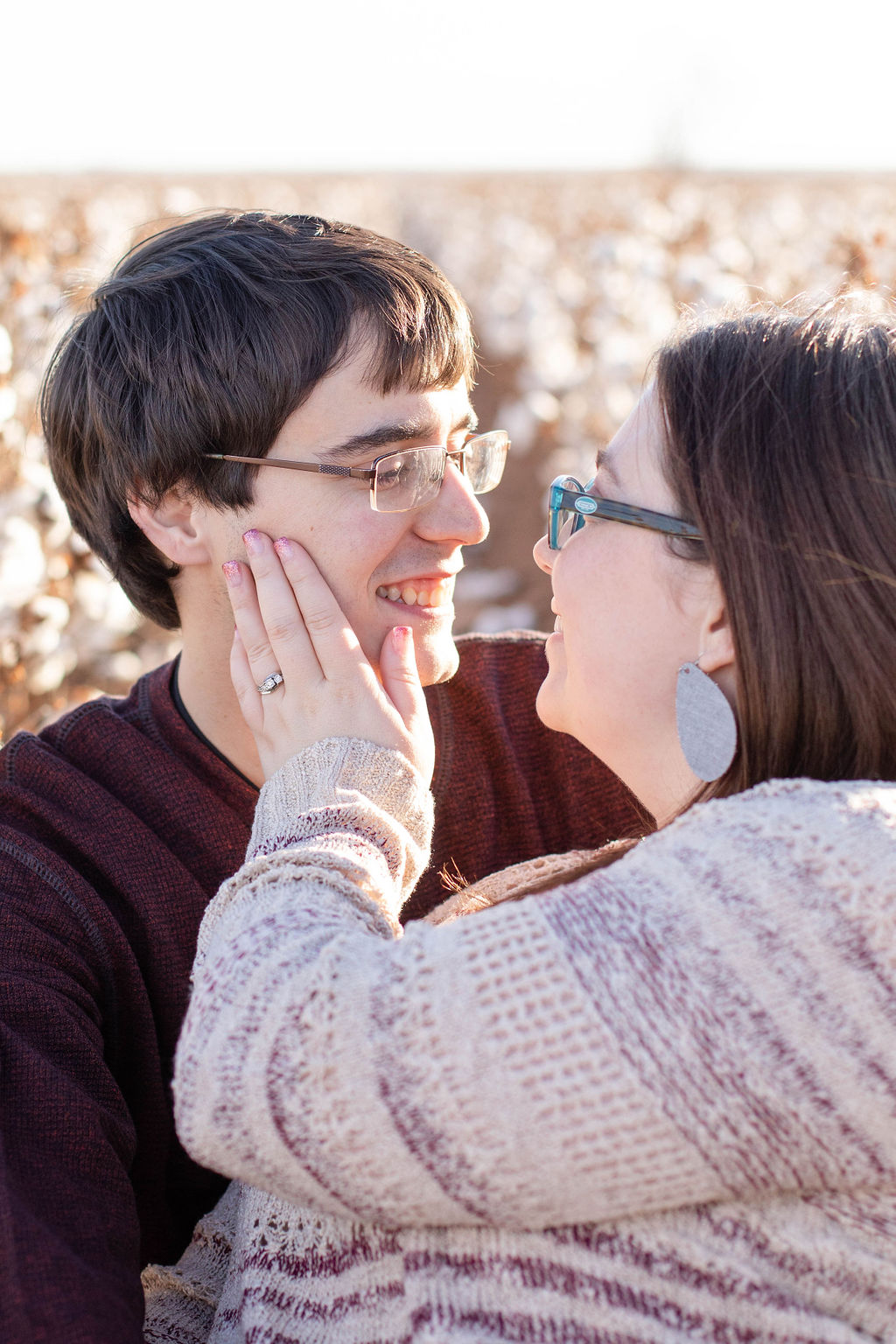 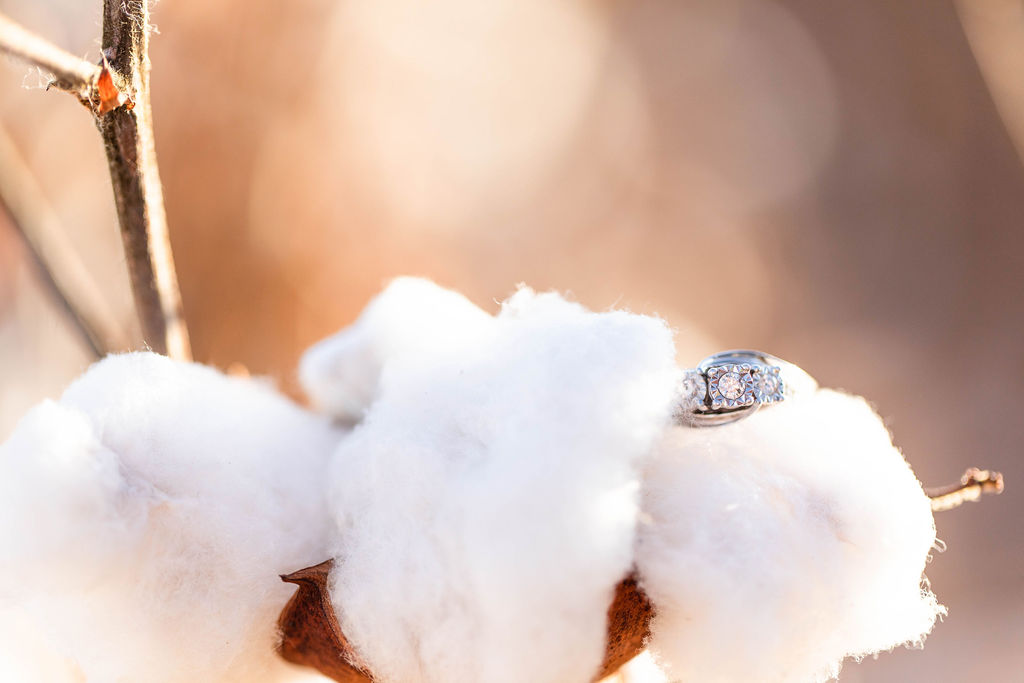 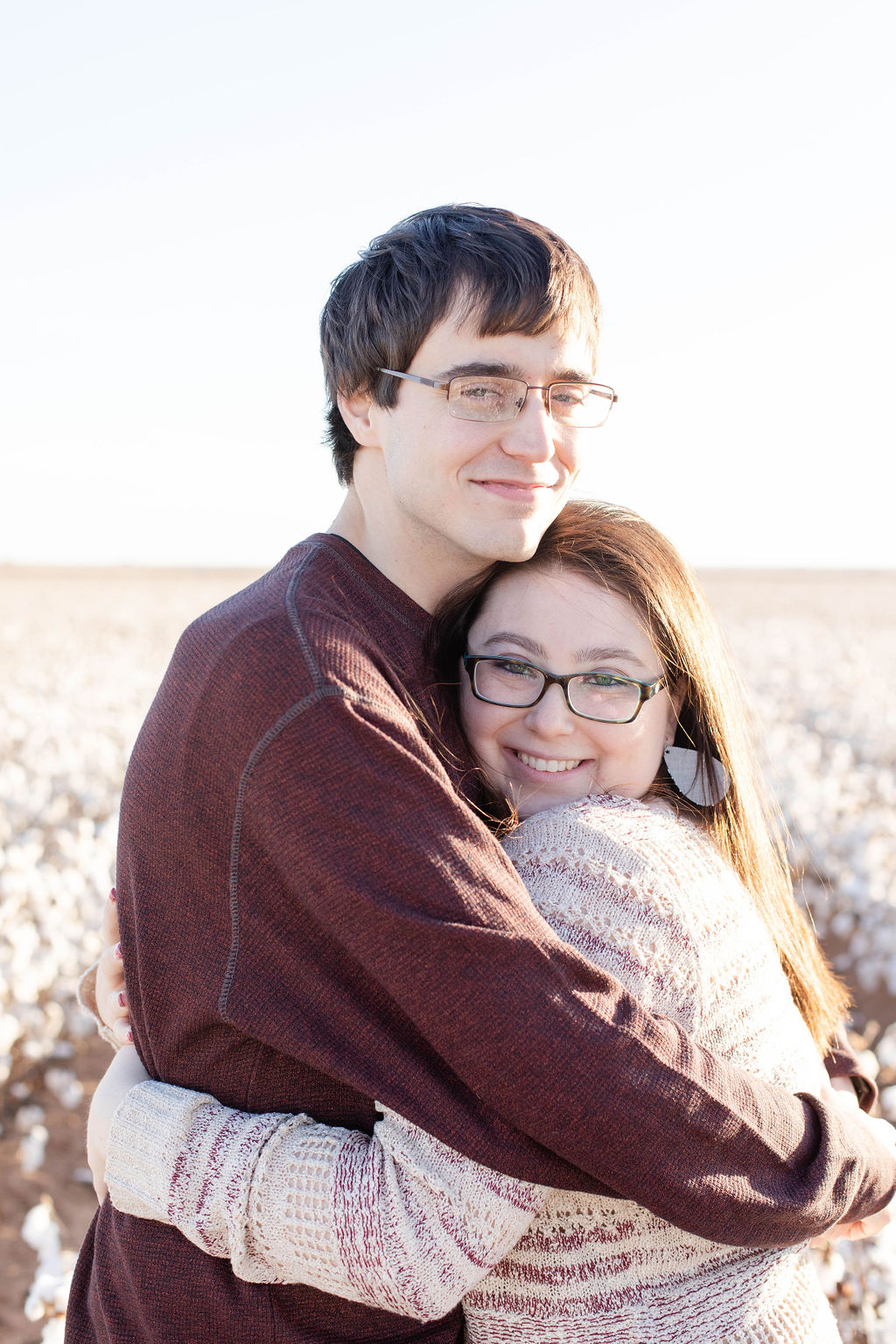 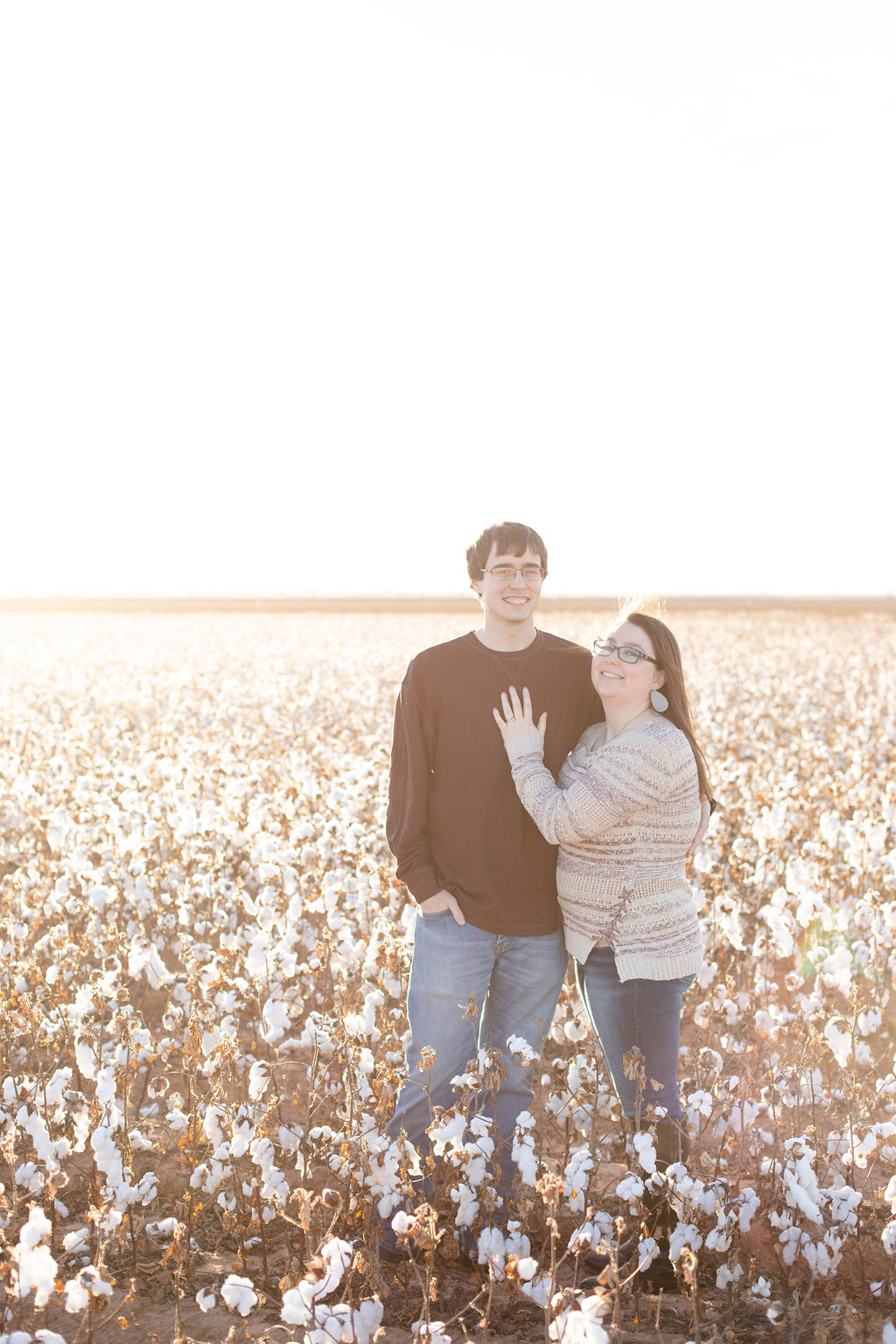 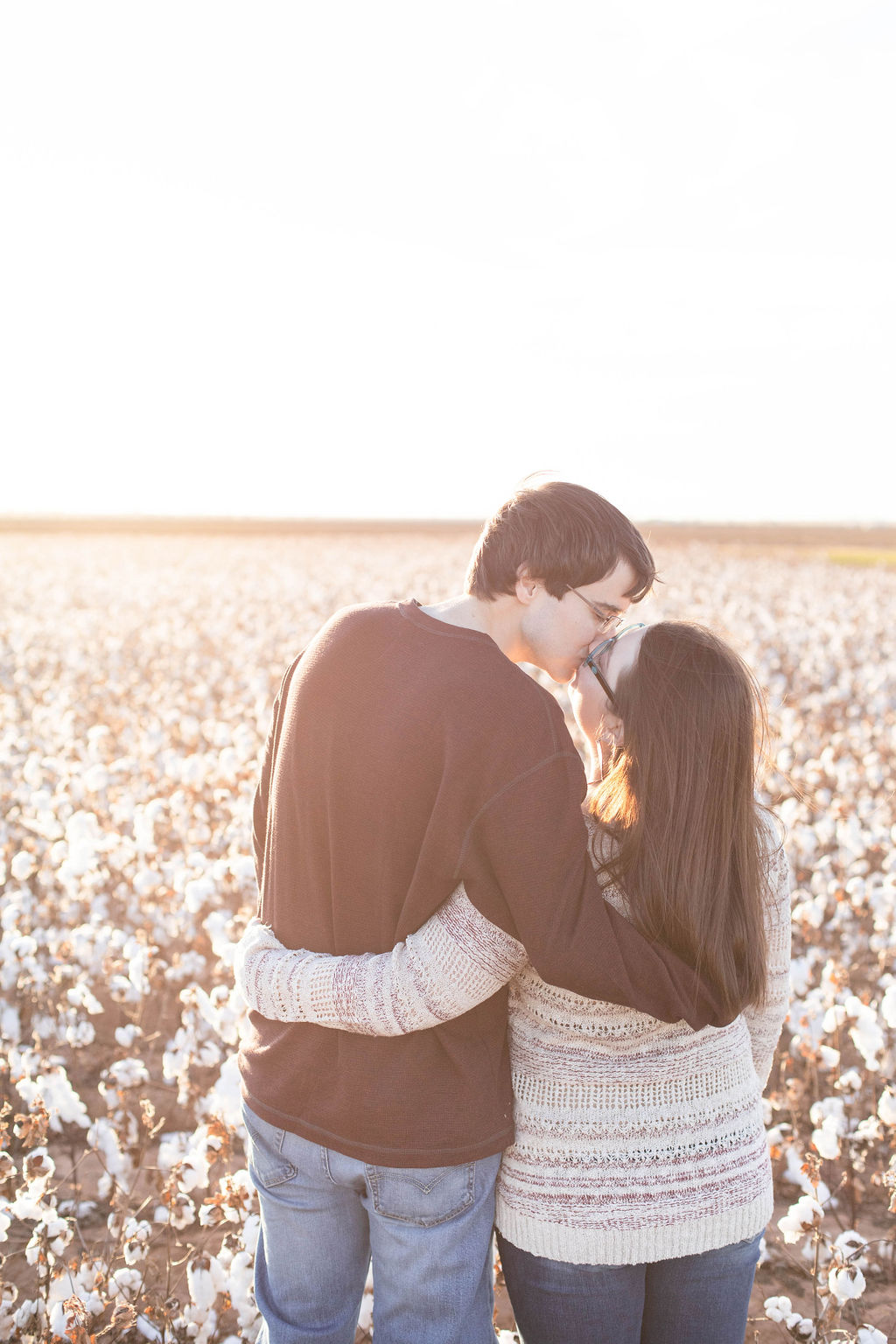 Jase and I met at the Texas Tech School of Pharmacy. We are in the same class, studying to get our doctorates of pharmacy in May 2020. As first-year students in 2016, we became friends and the attraction was immediately there. However, due to the fact that I am from McKinney, TX and he is from Abernathy, TX, we thought that long-term (after graduation), we would not be on the same terms as to where we would want to spend the rest of our lives. After months of fighting off the feelings, we finally gave in and began dating April 13, 2017. I ultimately agreed to spend the rest of my life as a West Texan rather than a city girl.

Ever since Jase and I have known each other, I have owned my black, long-haired cat named Meeko. Jase learned very quickly that Meeko was my whole world. Jase had to find his place in our lives (and he did). Knowing how much I cared for our sweet Meeko, he placed the ring around her collar and had her waiting for me when I got home. Every time when I get home from school or work, Jase knows that Meeko stretches up asking for a hug. Knowing this, the ring was placed right where I would see it as she reached up for a hug. To my surprise, on June 28, 2019, when Meeko stretched up to give me a hug, I saw the ring! I turned around and Jase was on his knees, asking me to become his wife!

My ring is a tri-stone silver band. The three stones are said to symbolize, the past, present, and future. This ring was perfect to symbolize our lives together, and in my life, everything comes in threes (I am an identical triplet). Therefore, he knew that this ring would be perfect for me! The wedding bands are two separate bands that will hug both sides of the ring.