Italy is rampant with gorgeous spots to propose at, and honestly, we were waiting with bated breath for this one to pop up from maestro Andrea Matone. A total classic spot like the iconic Colosseum in Rome is a bucket list item for many to just gaze upon, but getting engaged there is quite the experience. 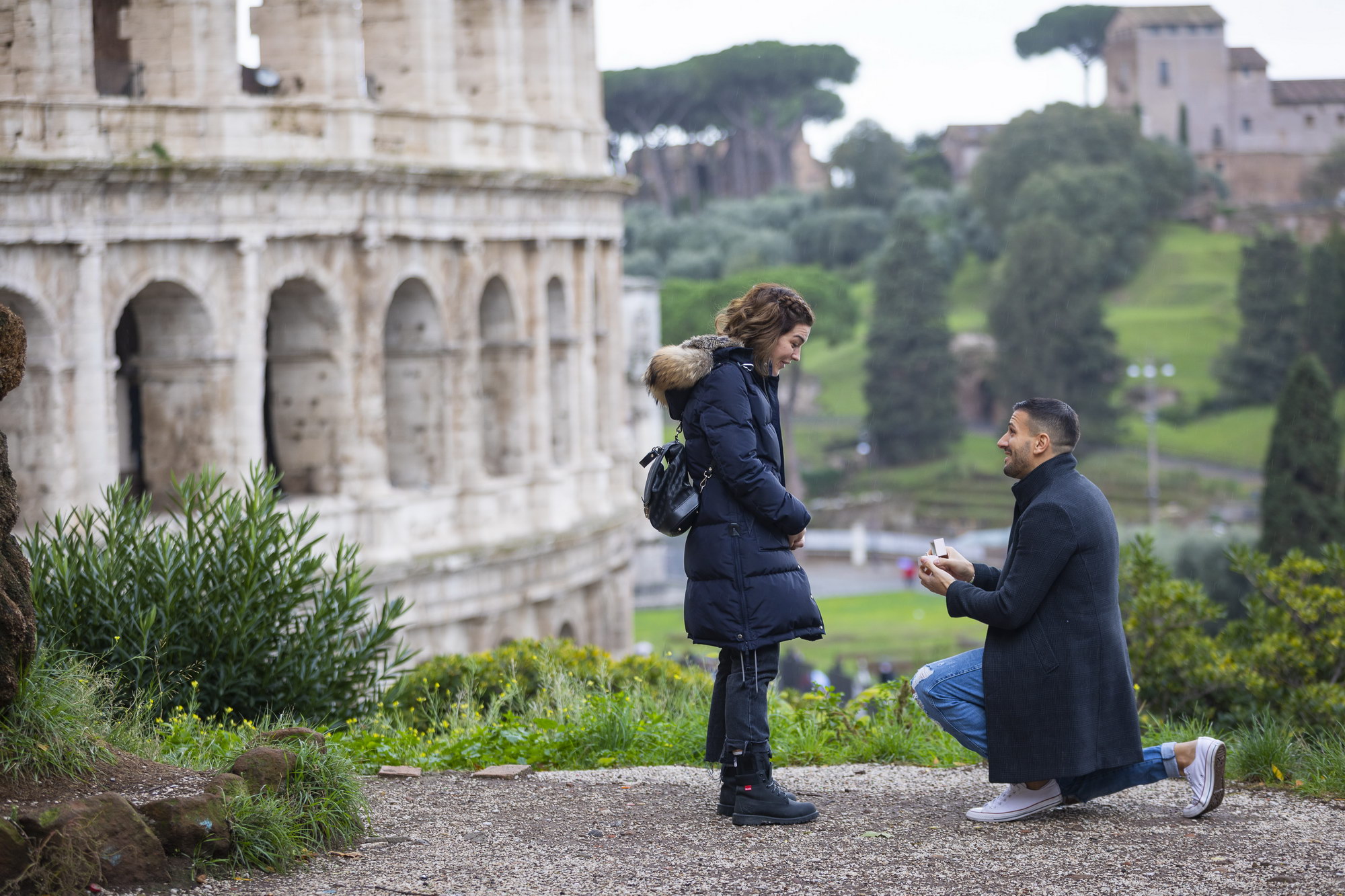 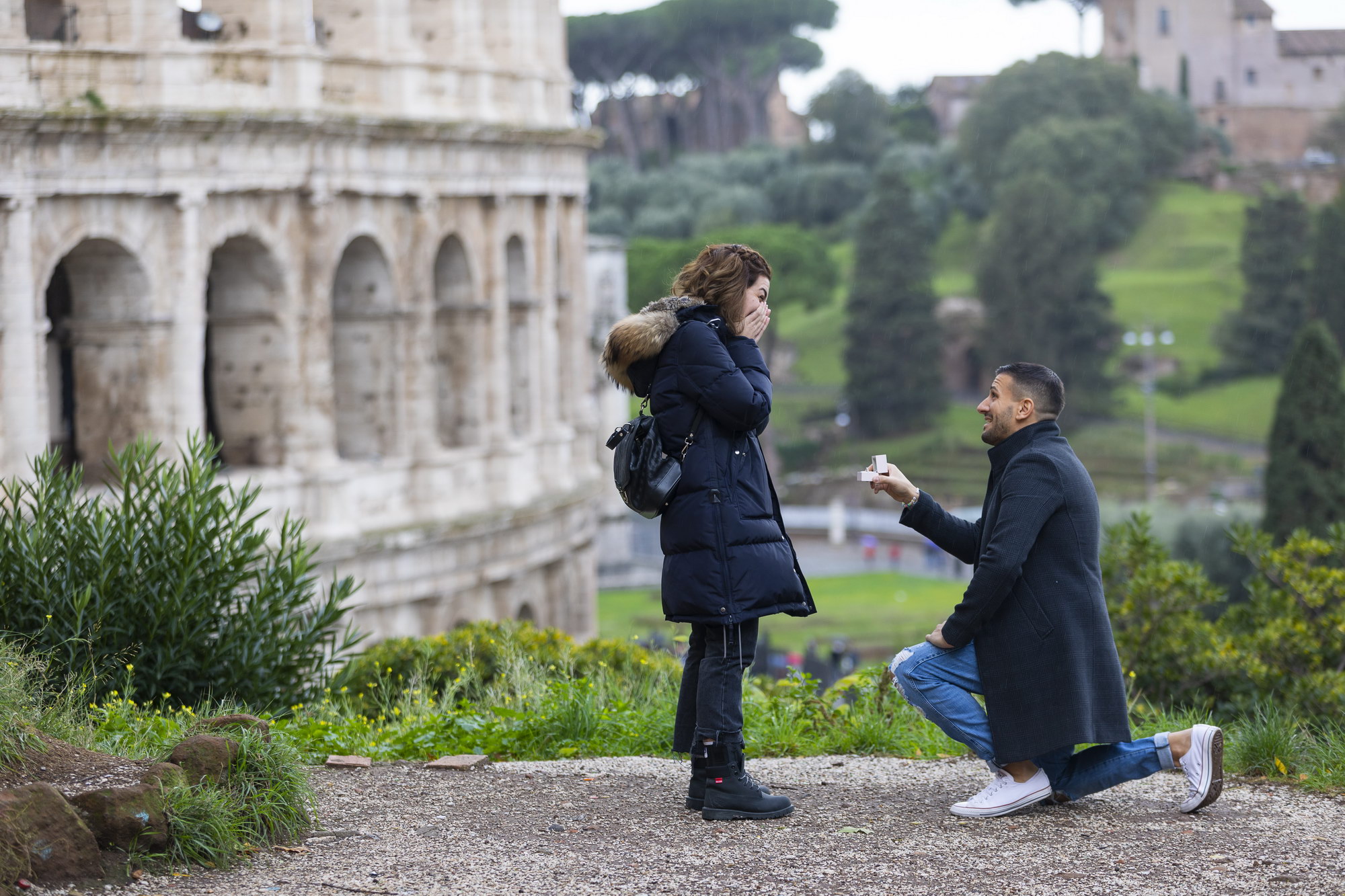 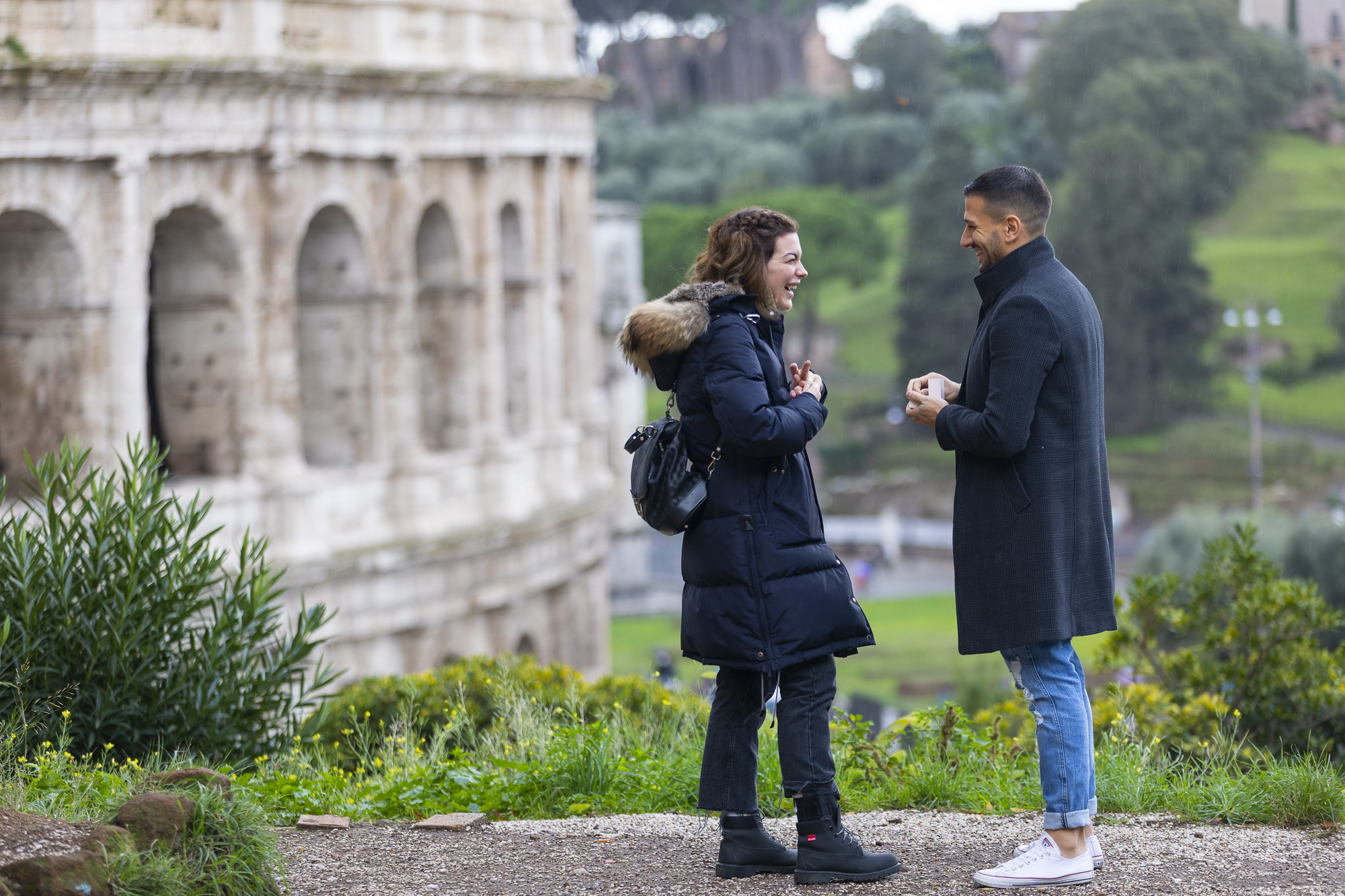 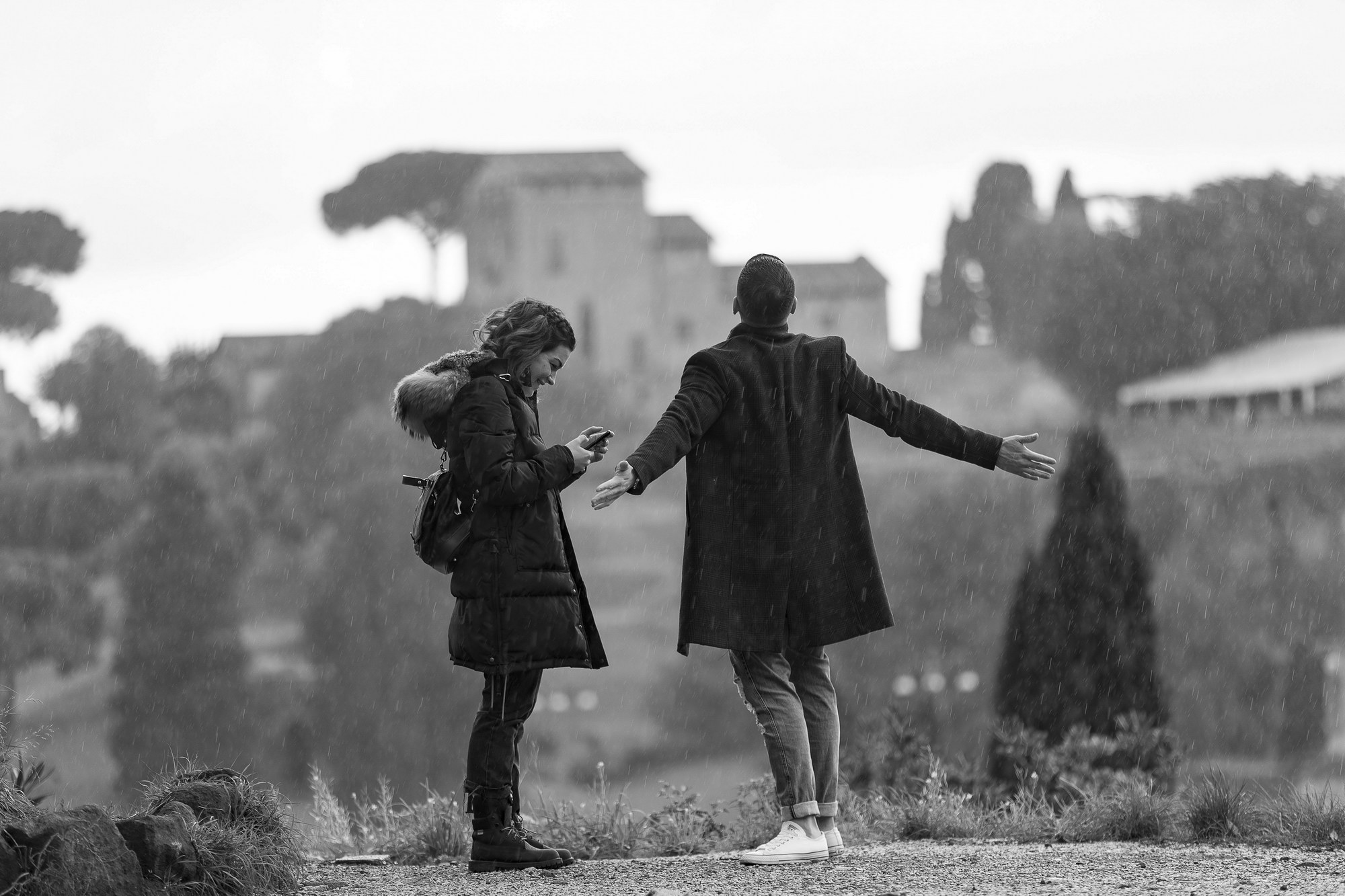 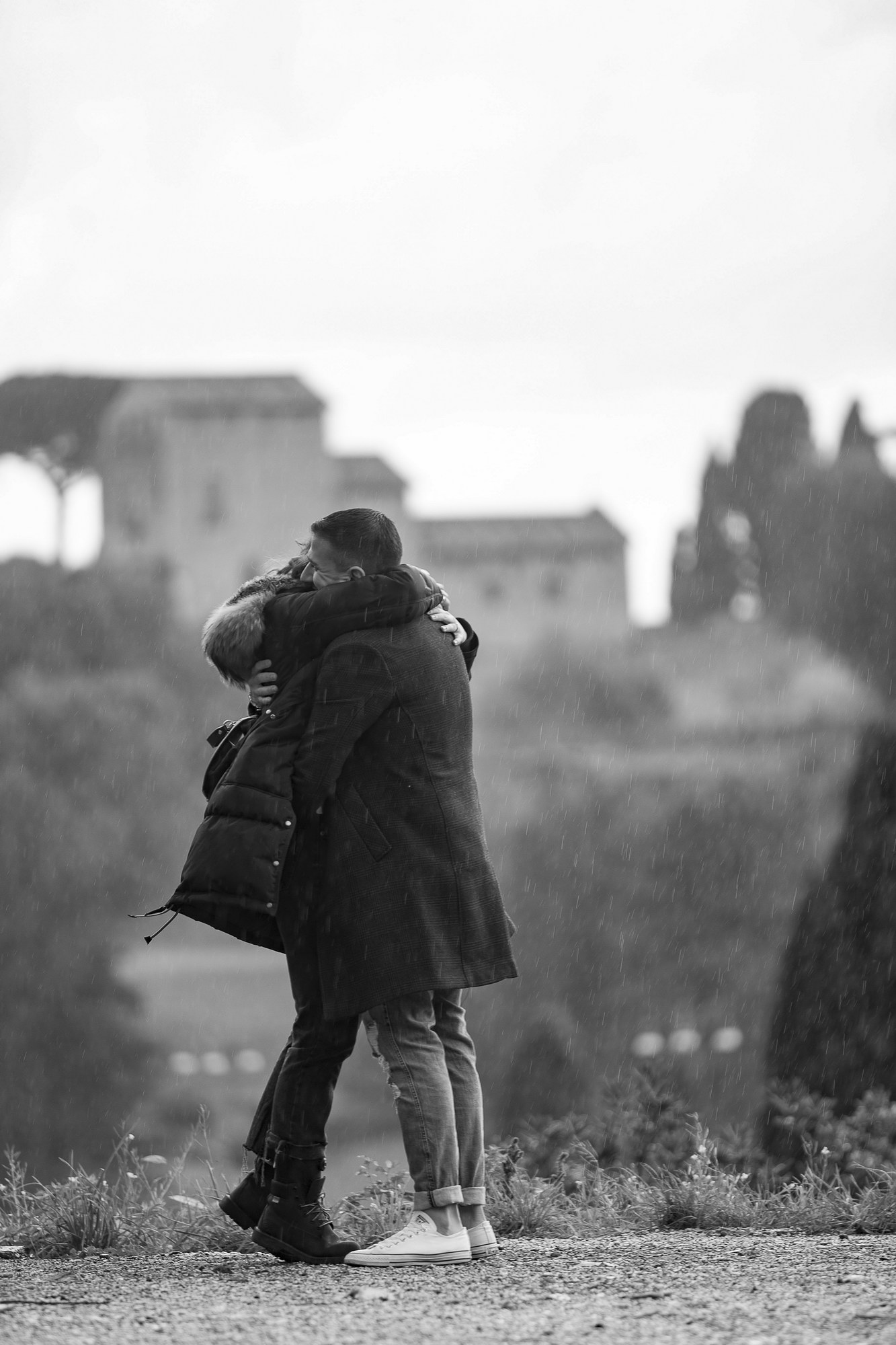 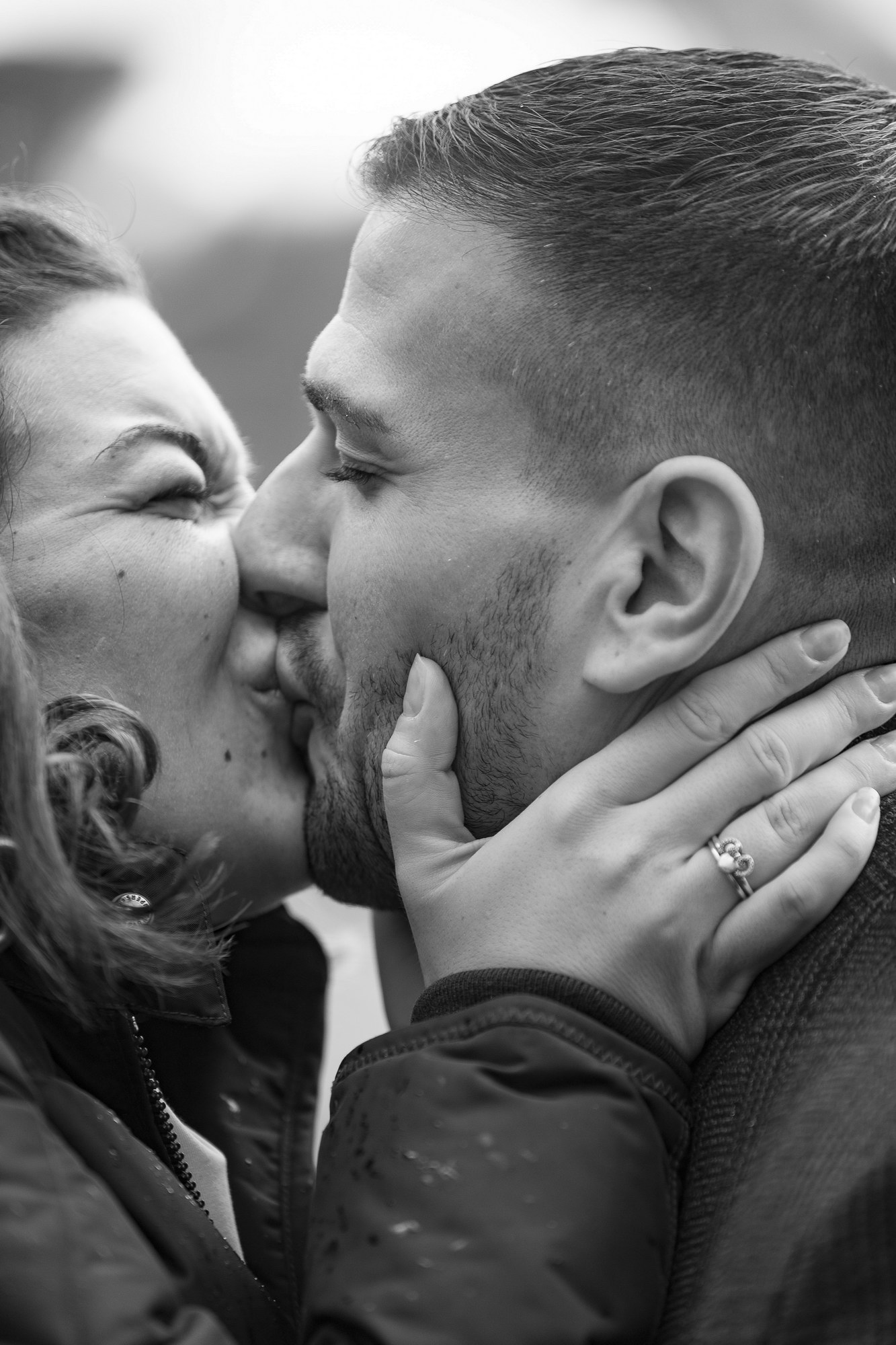 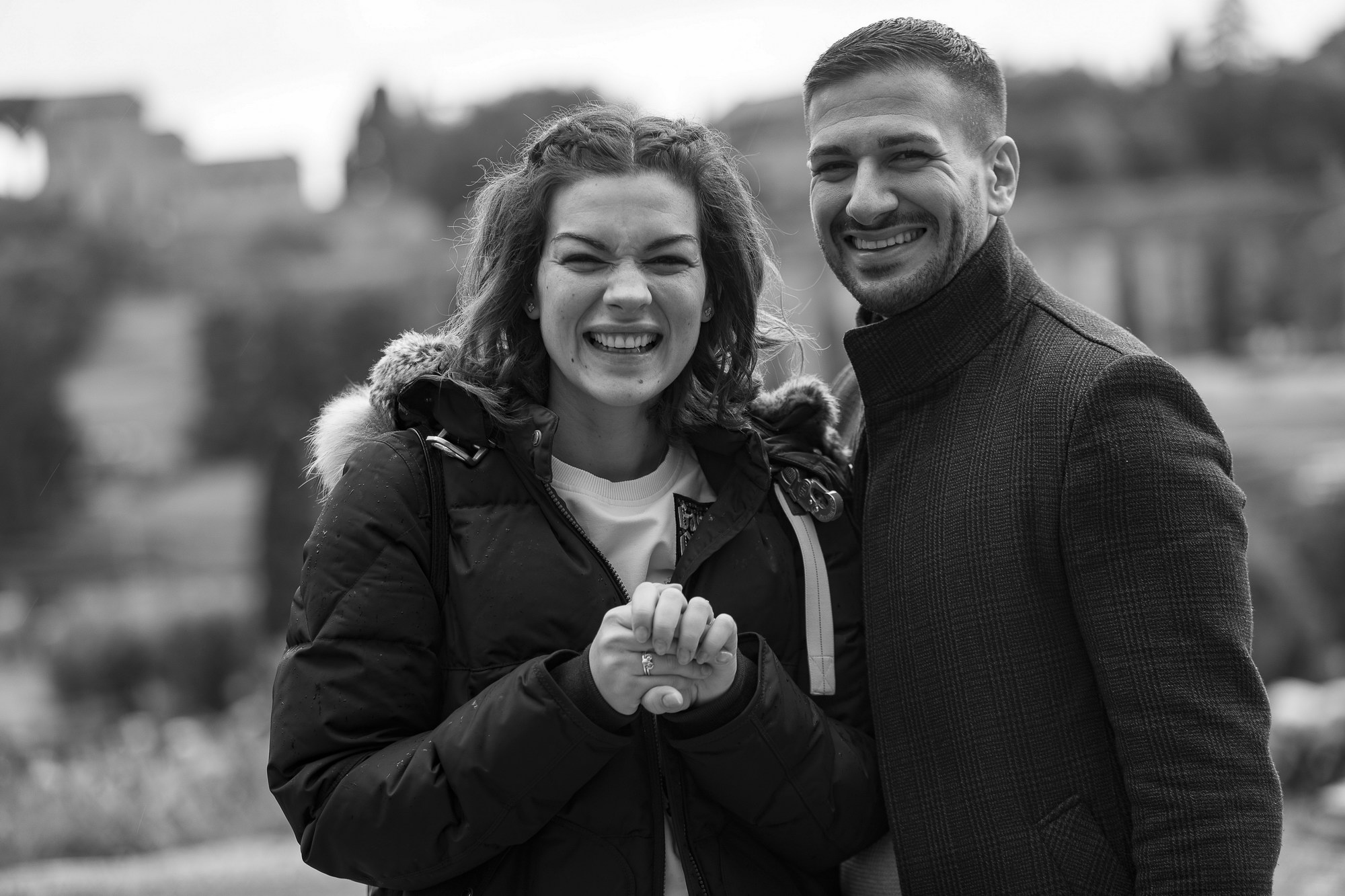 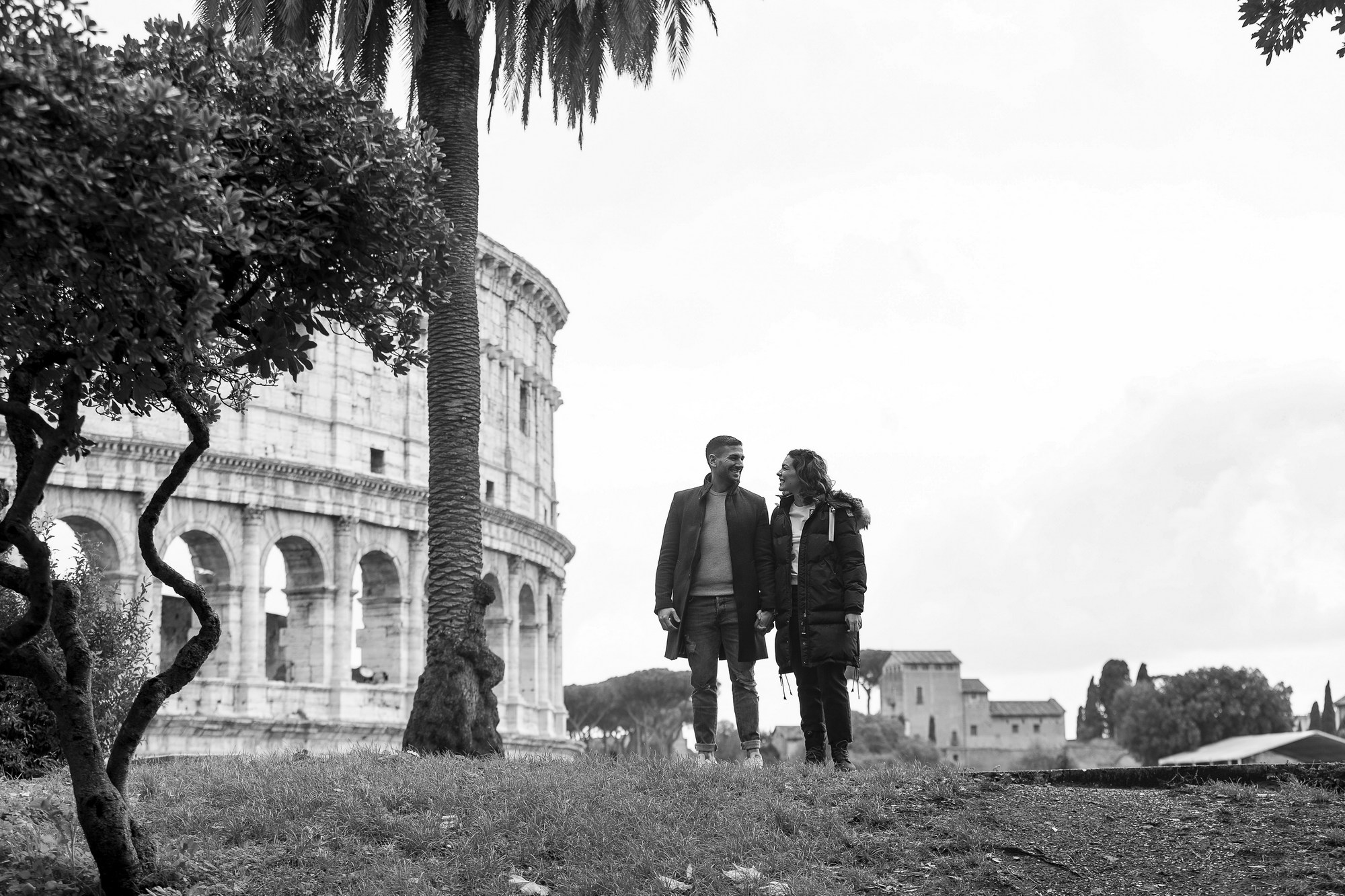 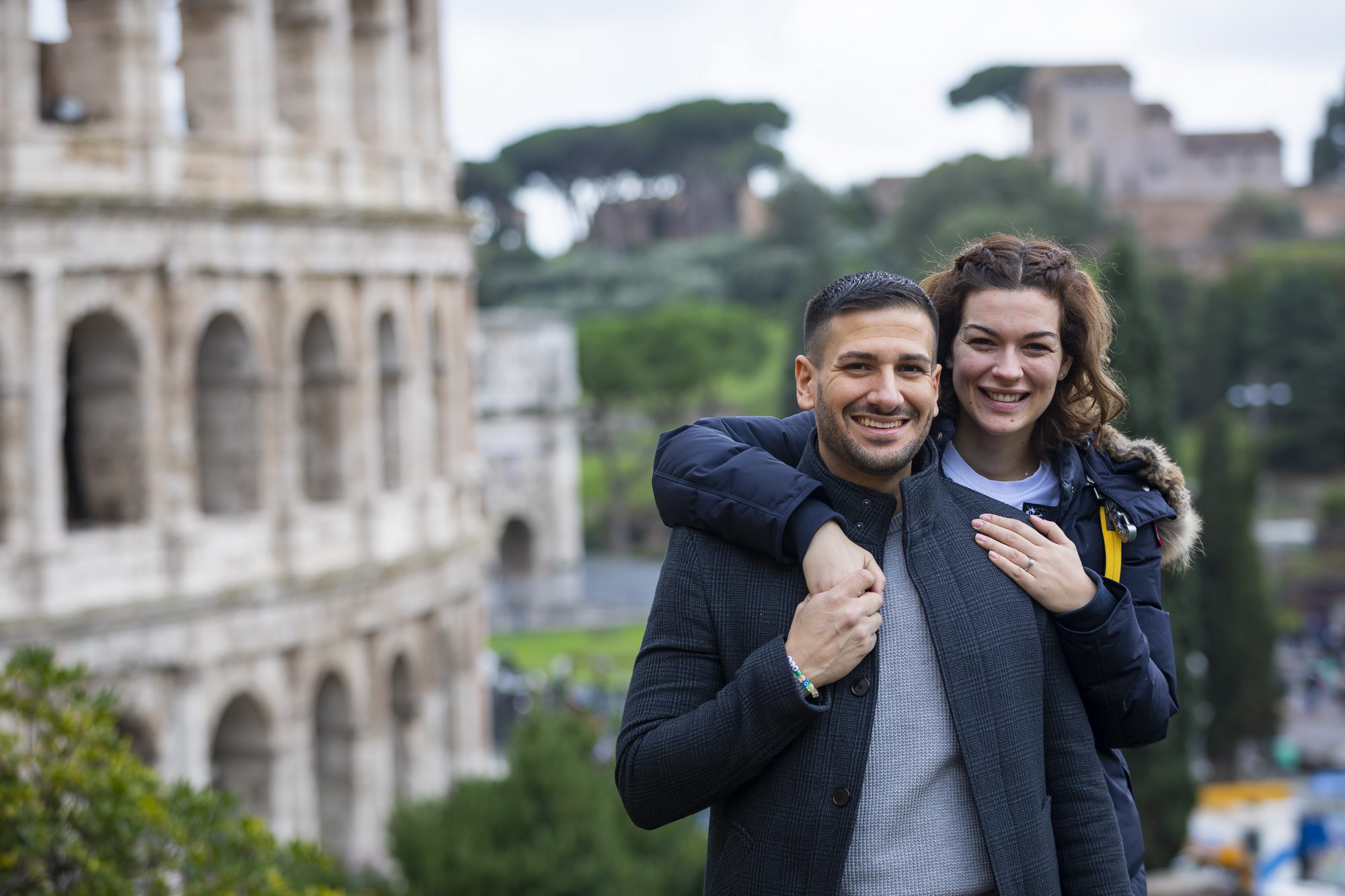 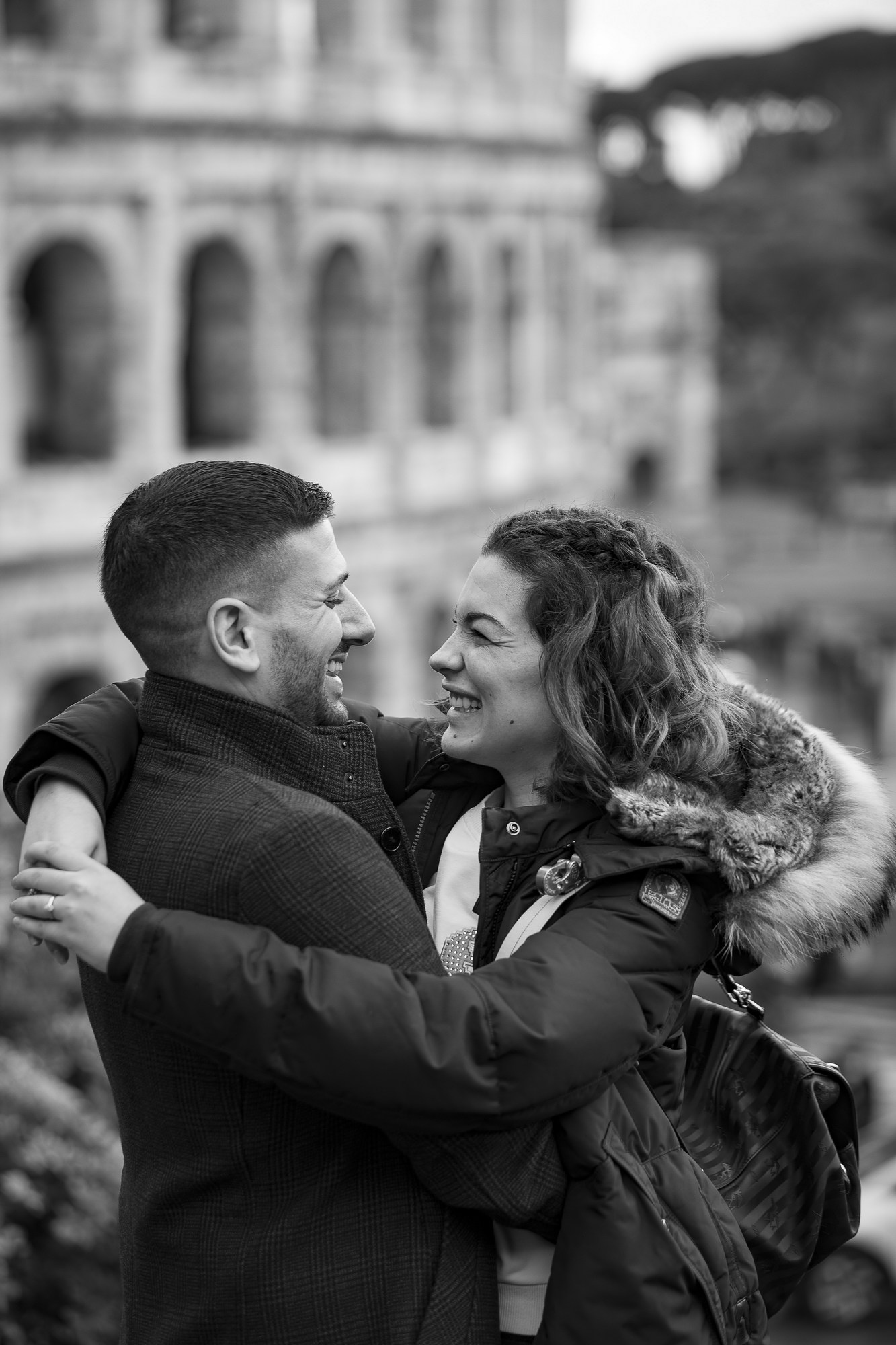 So, despite having many friends in common, our paths crossed more than once as we lived 10 minutes from each other, but we never met in person. Finally the big day came around, when our story began: a good friend of mine decided to get married in Belgrade, and so I flew to that beautiful city. I arrived in a hurry just in time for the wedding at the church, and that’s where I noticed this beautiful girl next to the newlyweds, to whom she was a witness. A few hours later in the reception hall, we had a chance to finally meet … it was real love at first sight, and that’s how our romantic love story began.

We had the idea of spending a few days in Rome, and that’s where I got the idea of making the marriage proposal in the eternal city, the original city of my family. “Eternal love, in the eternal city …” A colleague of mine told me about Andrea Matone and the possibility of taking photos of the proposal as a surprise, and so I contacted him and we agreed on the place and date. Although the weather was bad, I believed until the last moment that it could stop … and in that half hour it actually stopped raining, just enough time to make the proposal in front of a splendid scenario such as the Colosseum.

The search and choice for the ring was one of the most difficult ever. But finally I found the perfect one: the ring used on the day of the proposal is the replica in shape and structure of the original designed in silver and white diamonds. The original was put into making after our return home, after the actual measurement of the ring finger. A white gold ring with an aquamarine brilliant surrounded by small white diamonds.