They saw a snake. Mosquitos were killing then. But the day looked amazing and everyone had a blast! You could tell they had so much fun exploring Sunken Forest as it was both their first time going there! It was during the summer so of course there were a lot of mosquitos. We love seeing engagement sessions like this and finding out the backstory on the experience. These two were troopers! They had fun laughing, giggling and swatting bugs away. As they were leaving the forest, they heard something, and then saw something slither amongst the leaves on the ground. WE BOLTED! Now if they are anything like us, which I’m sure they were none of them were able to deal with a snake! They then went to the beach and enjoyed the waves.

This is why we love engagement sessions because every session is an adventure! 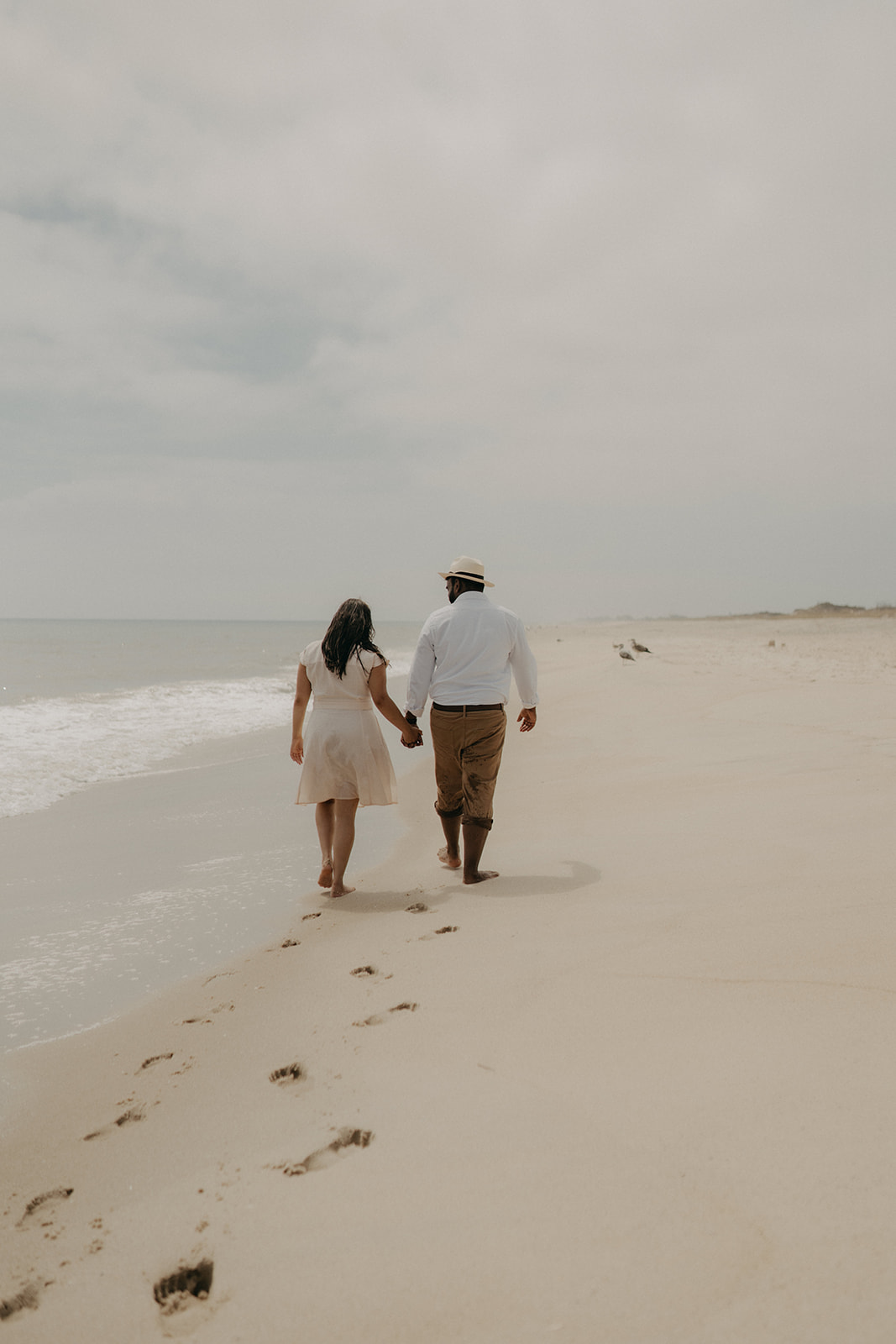 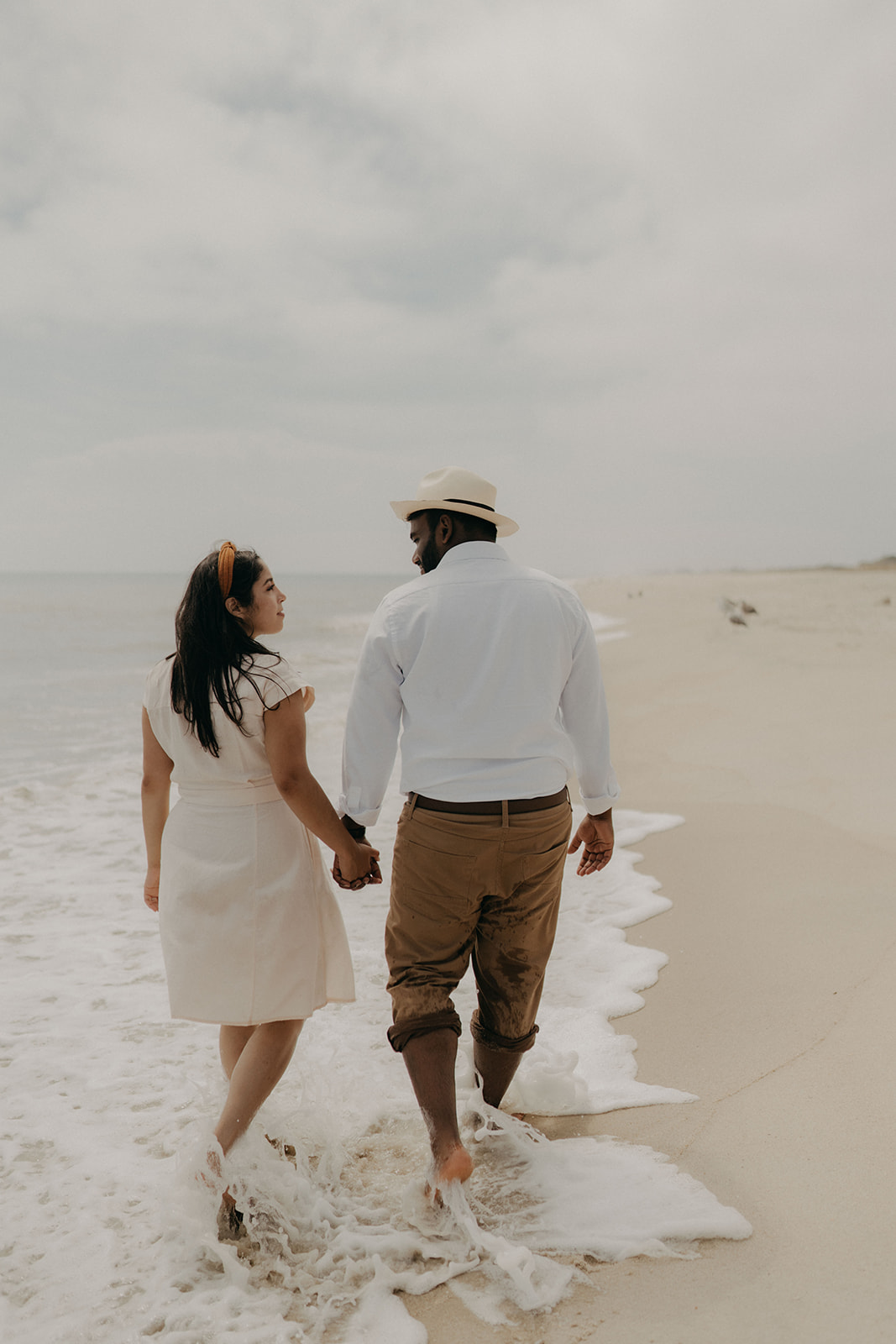 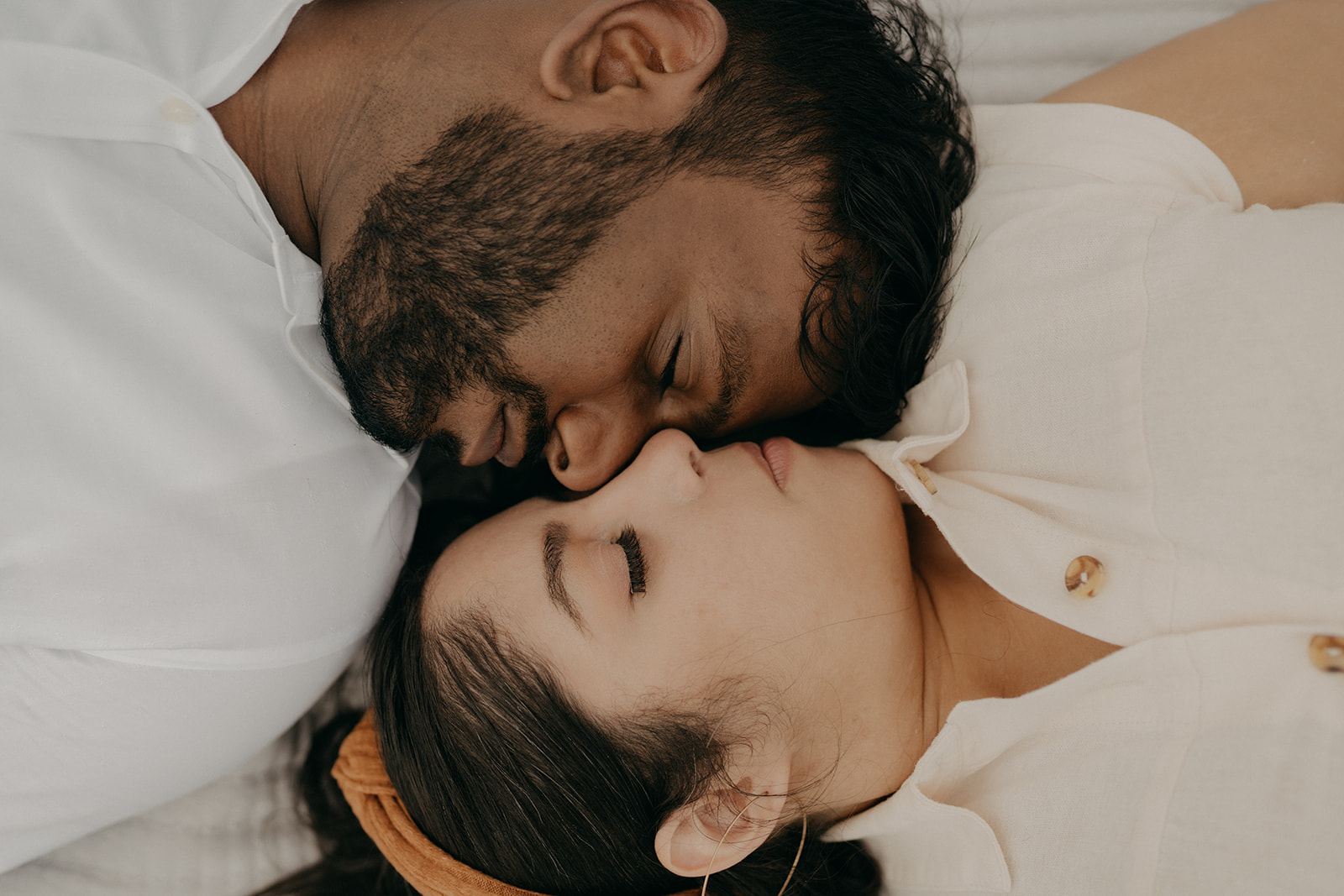 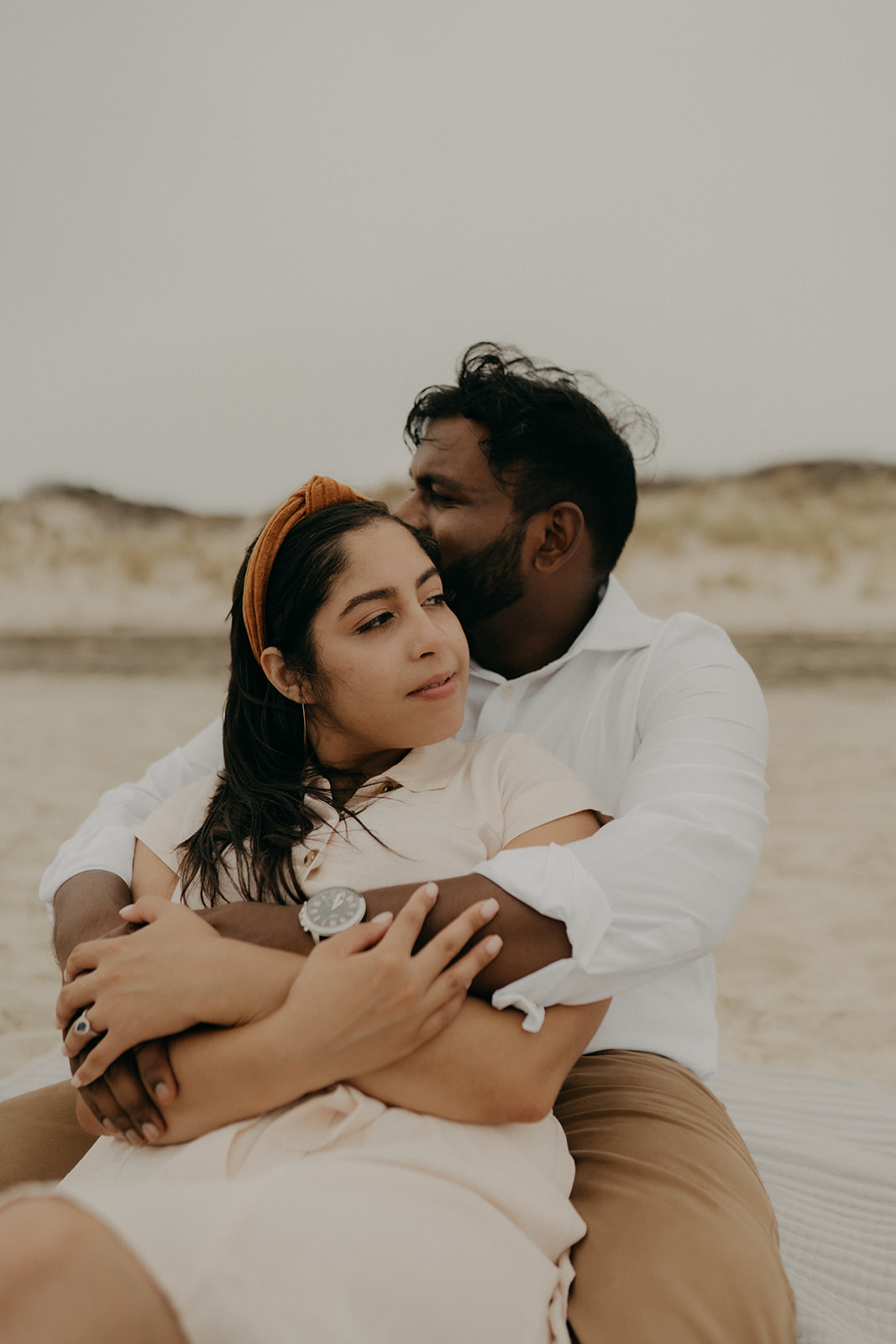 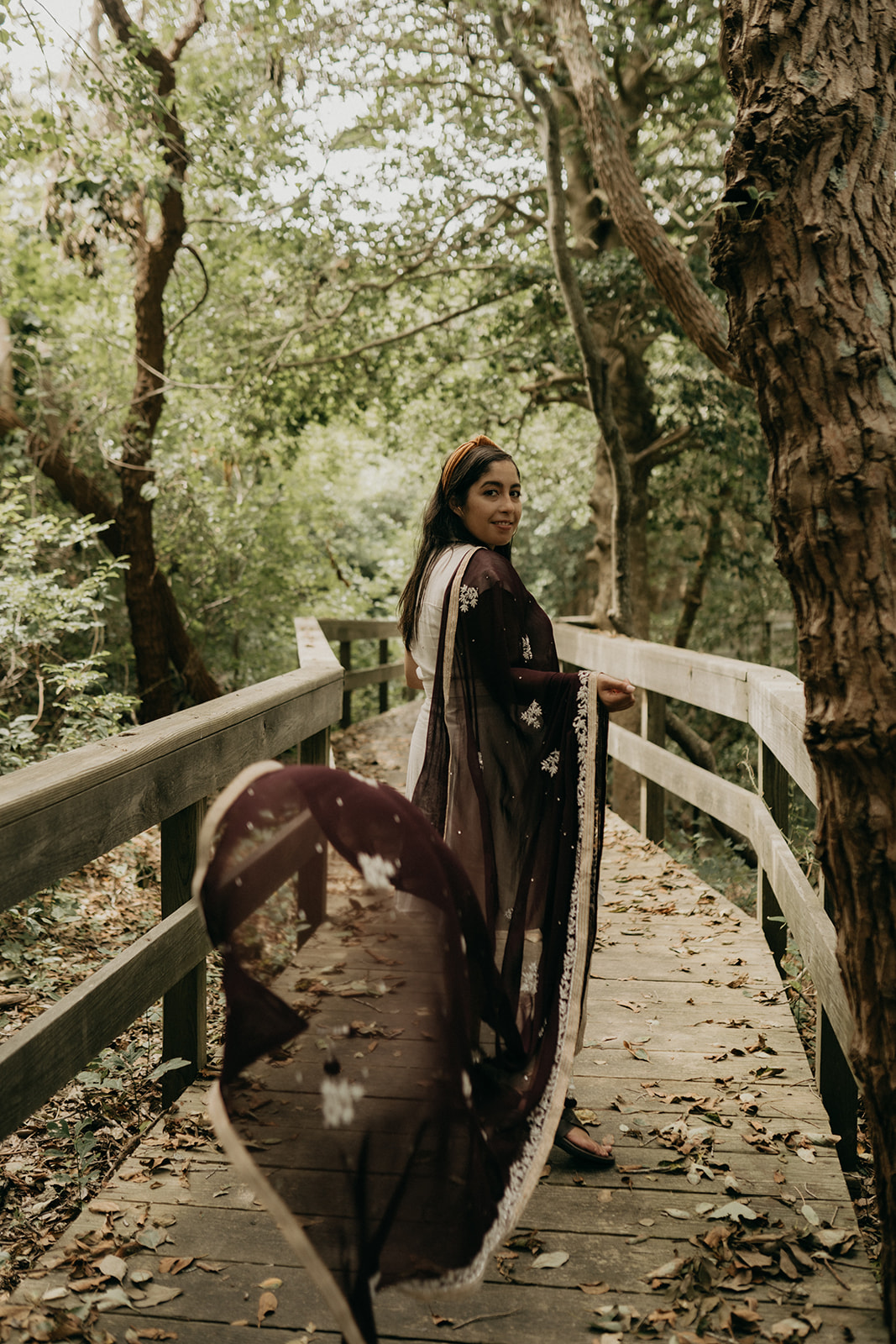 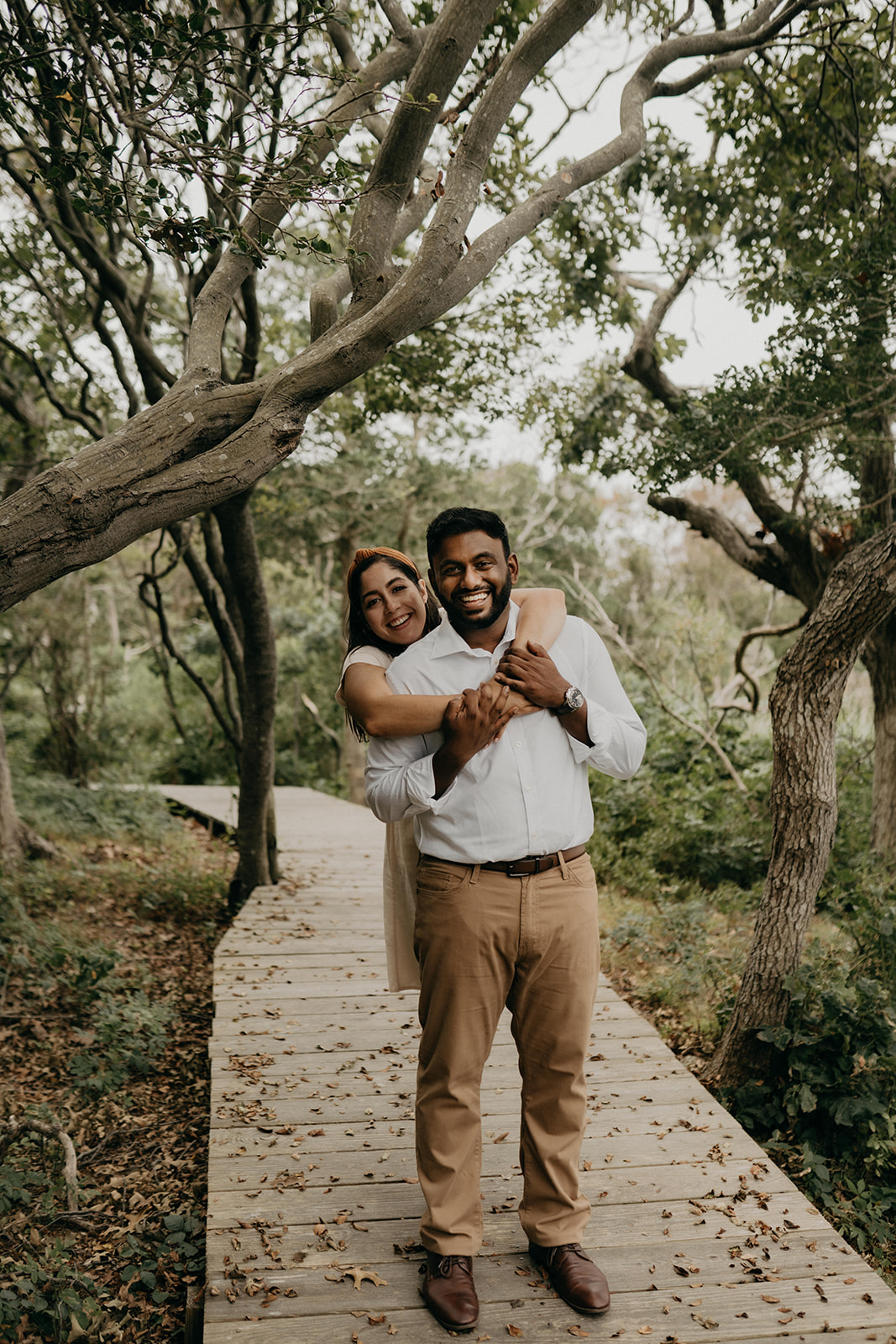 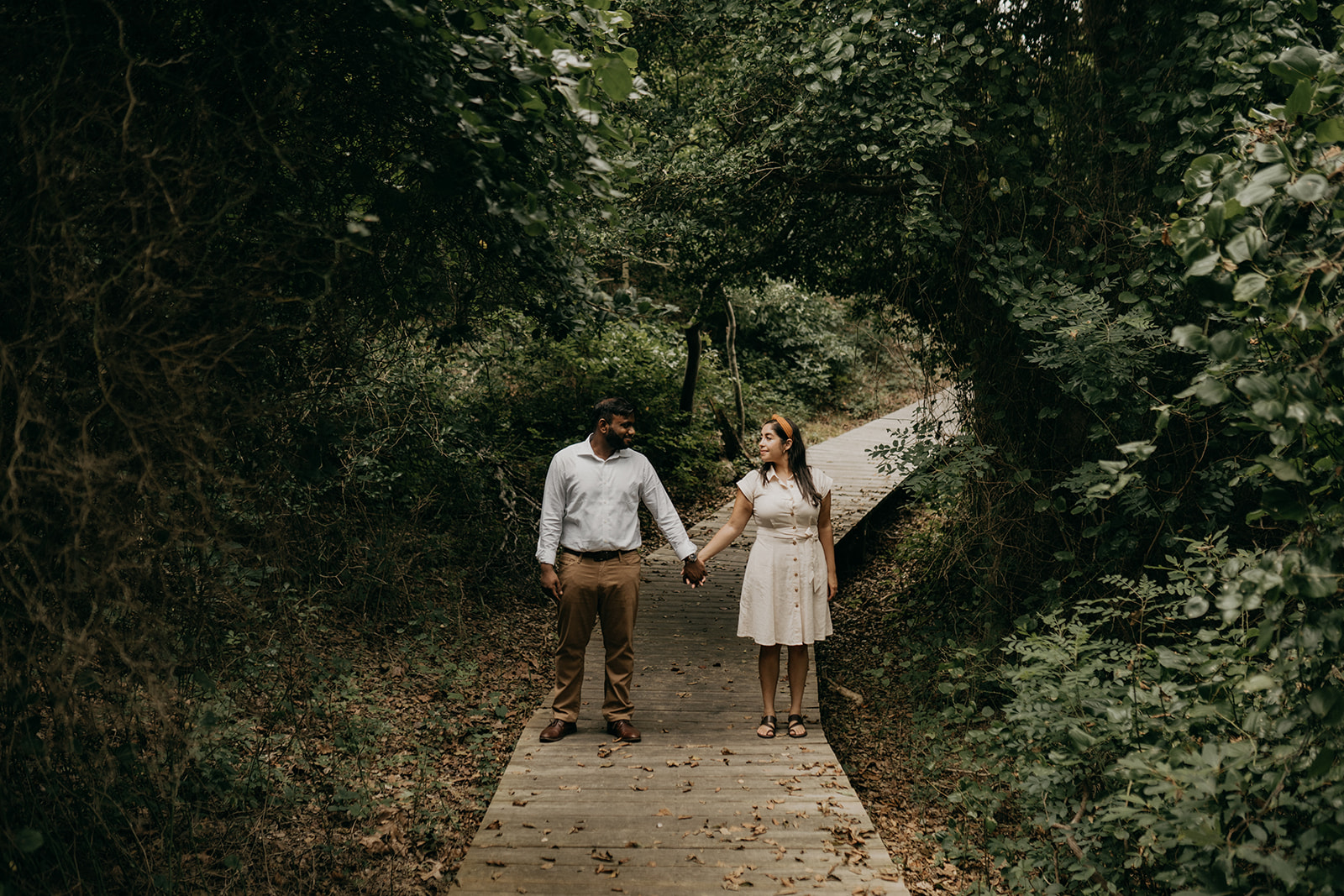 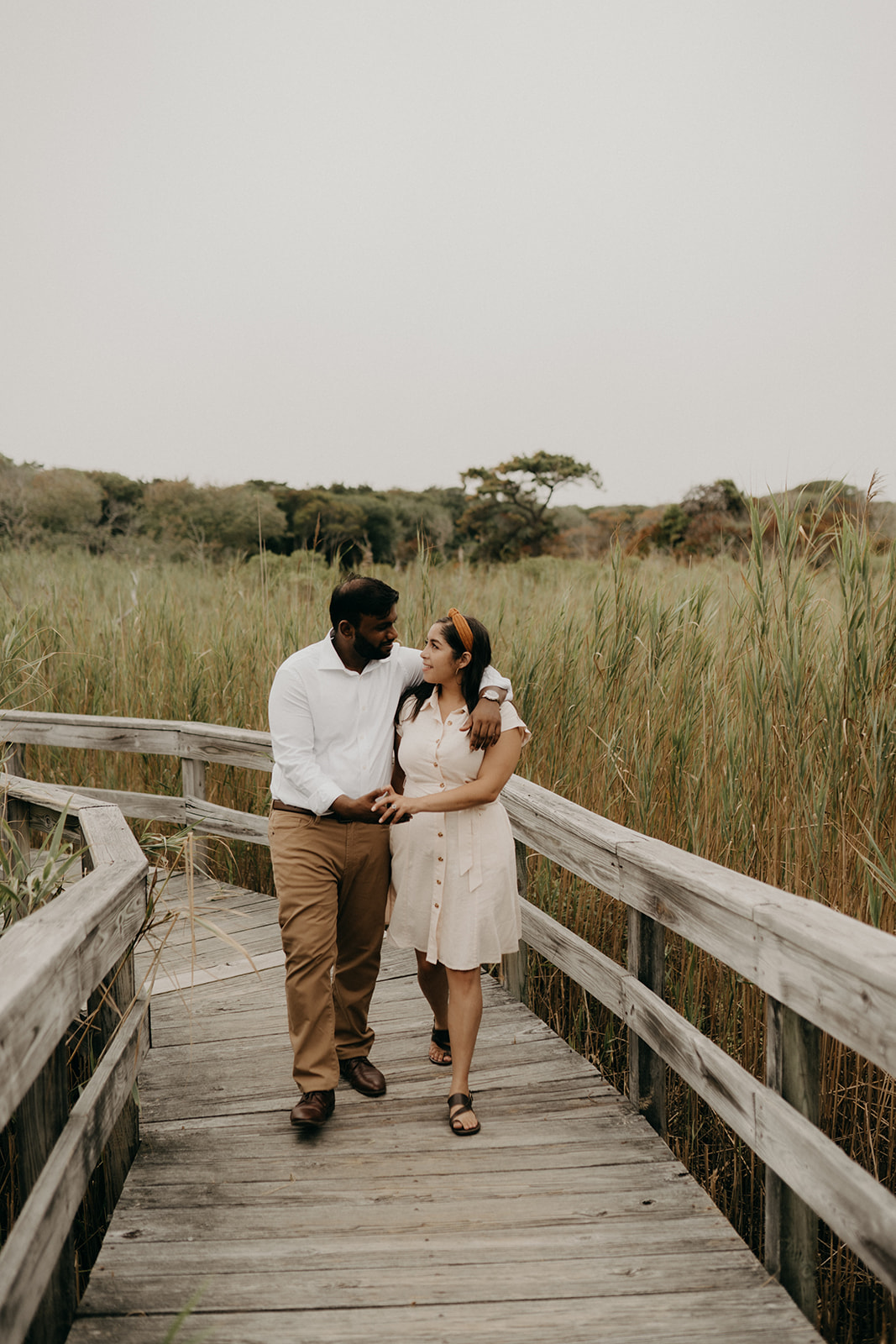 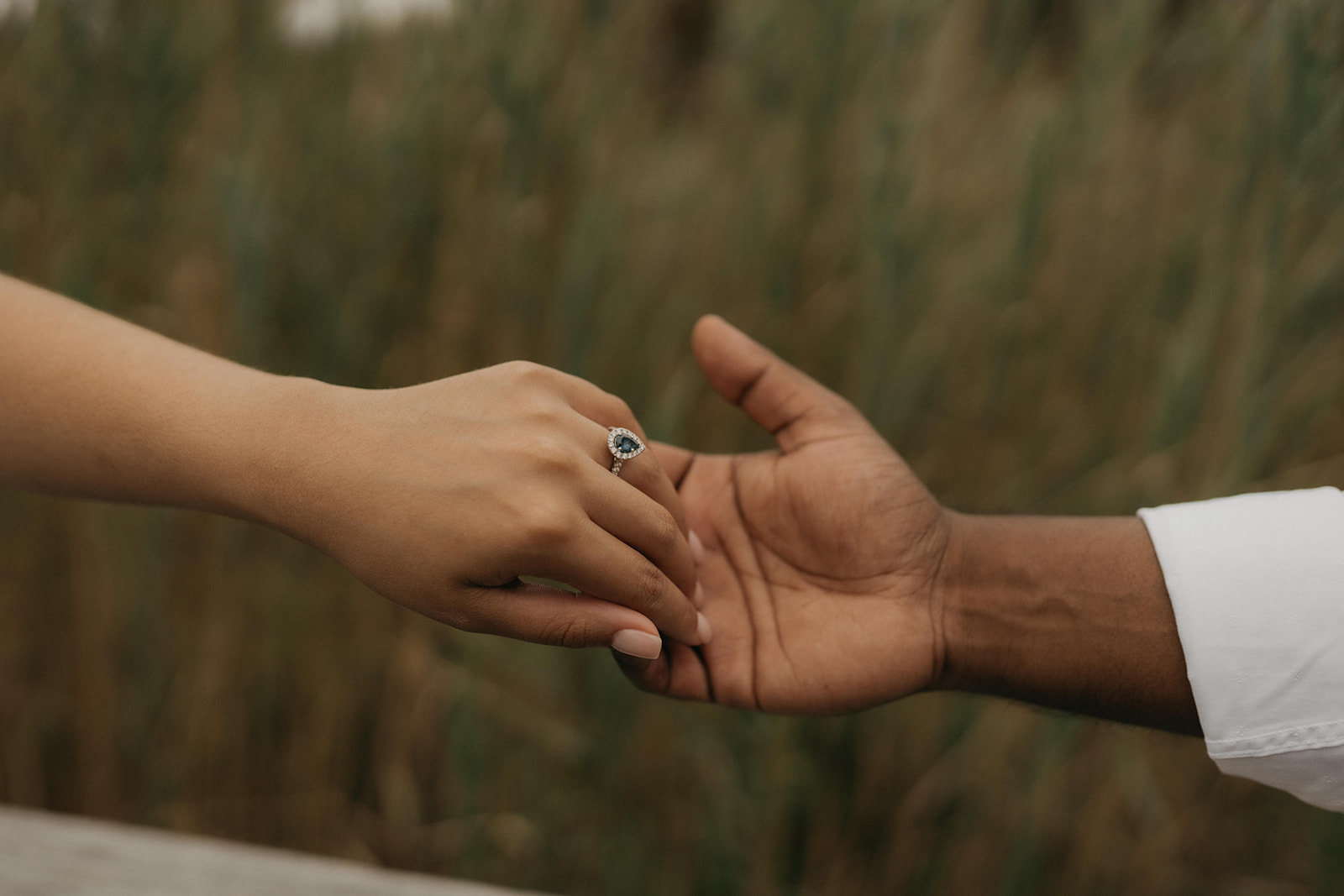 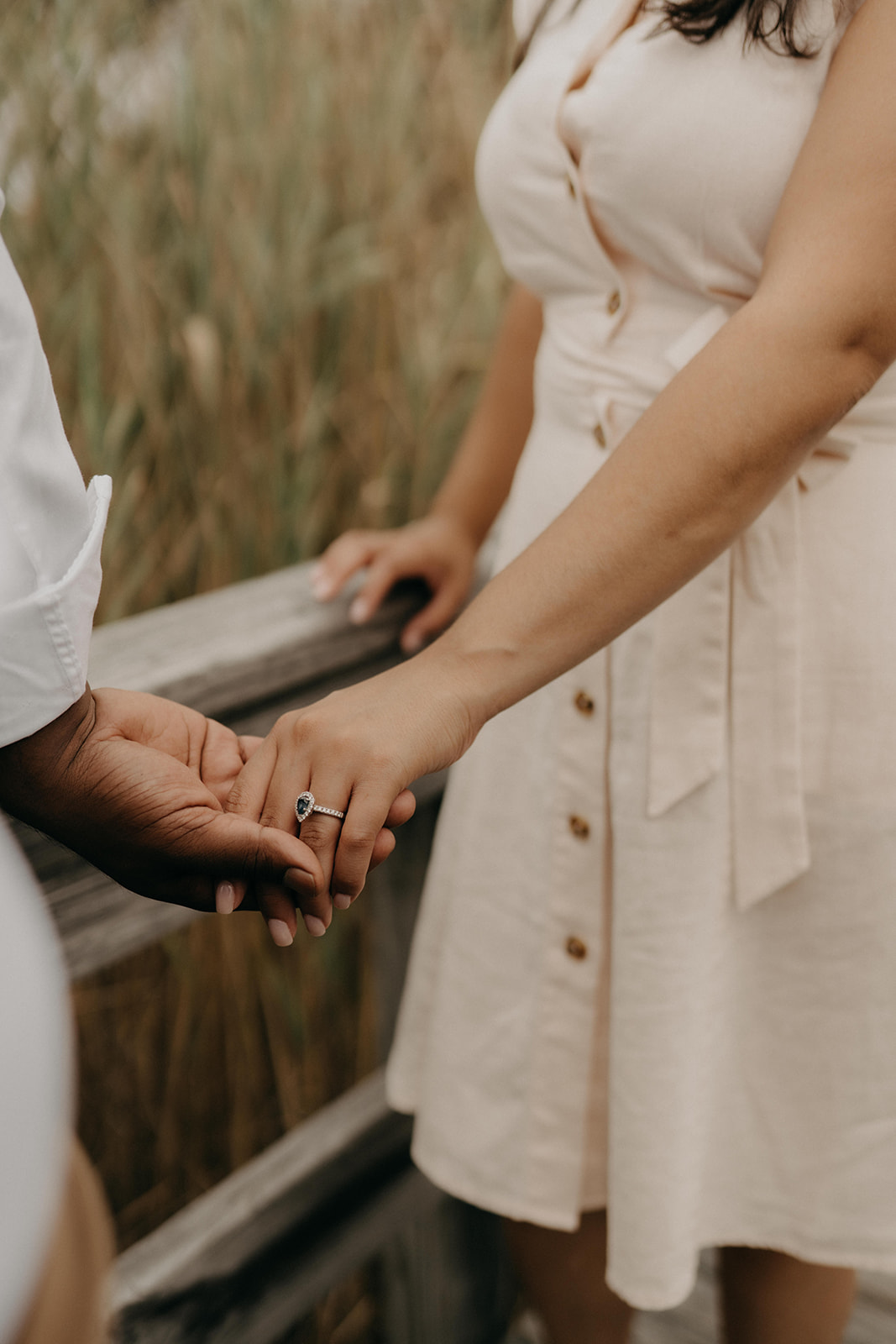 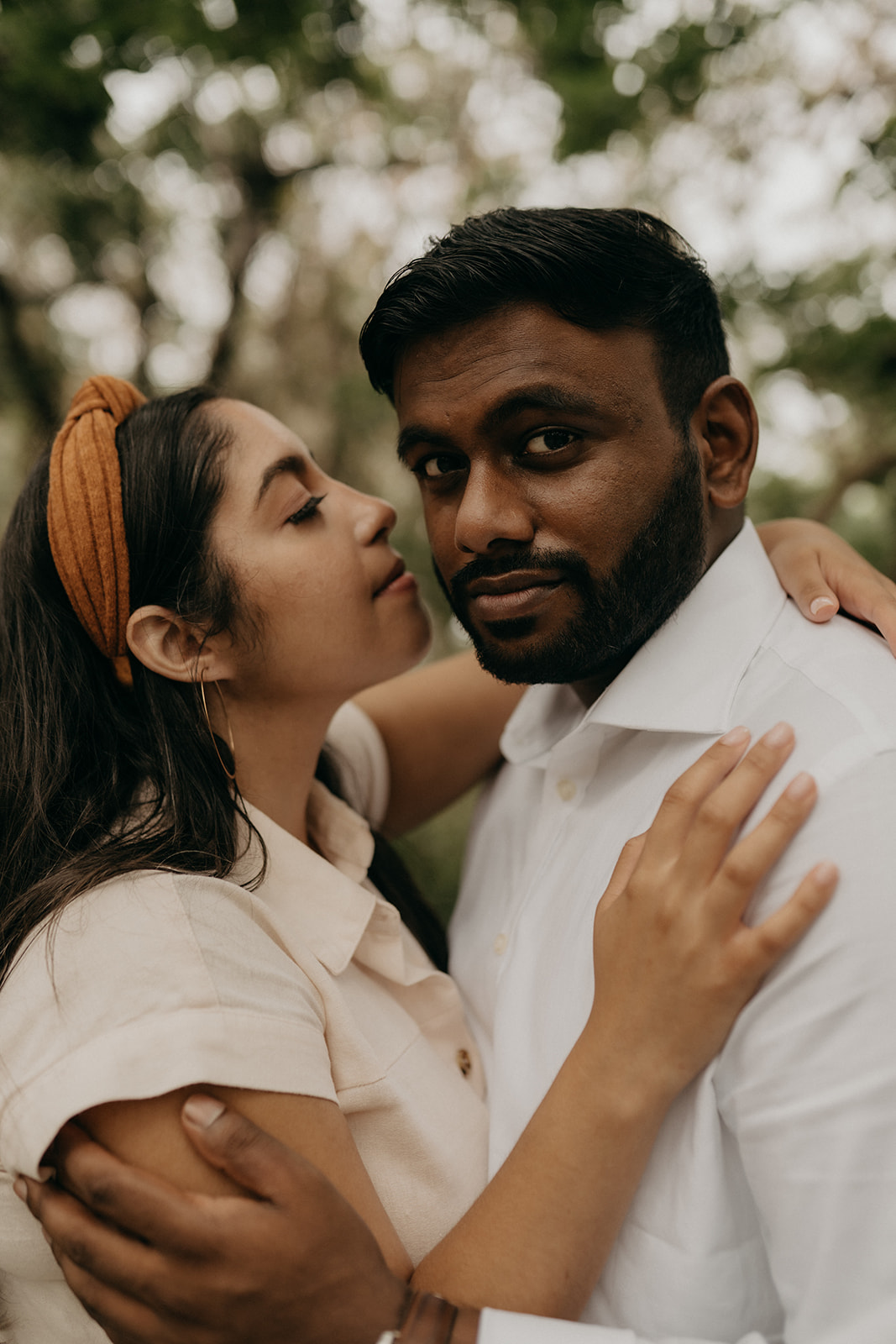 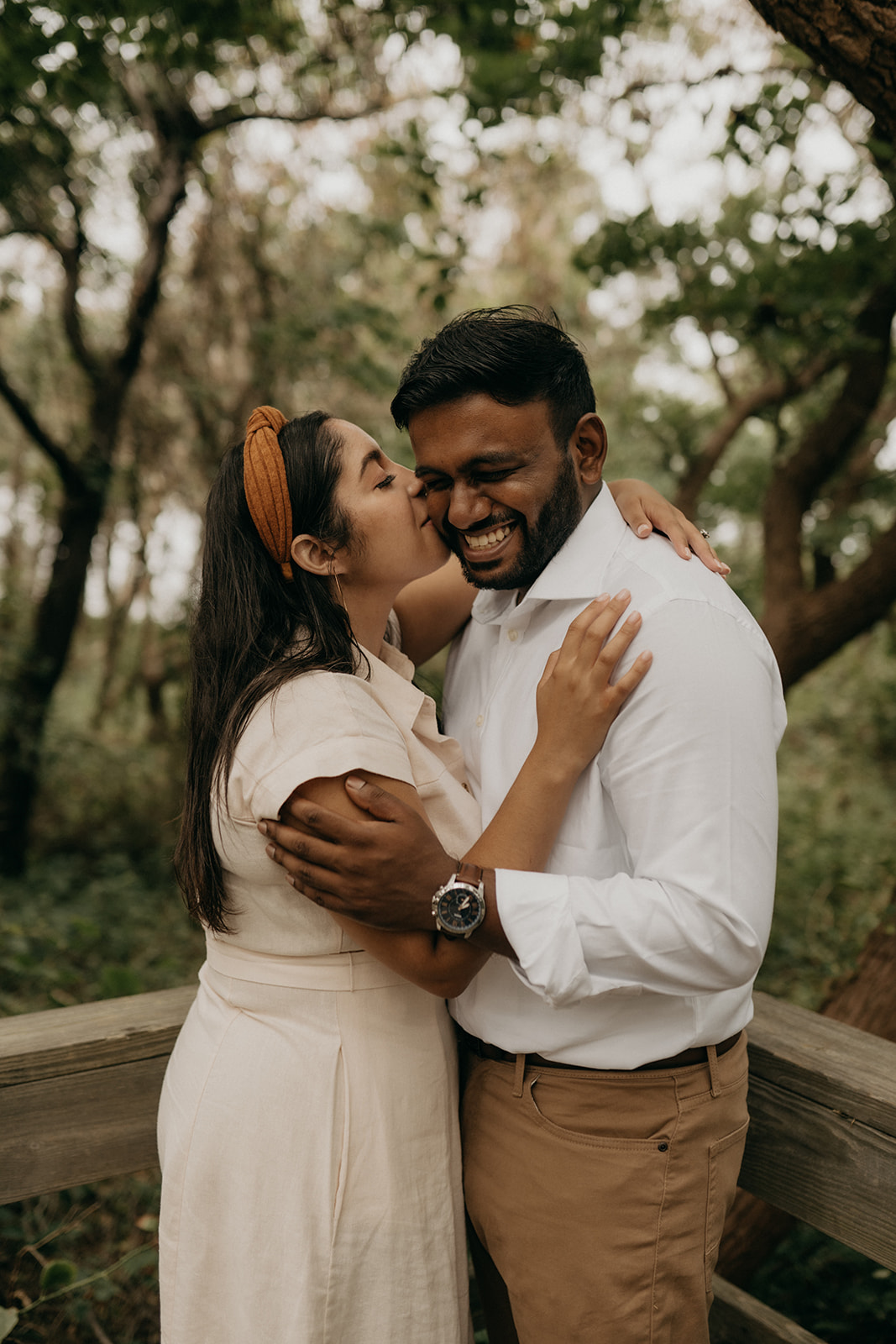 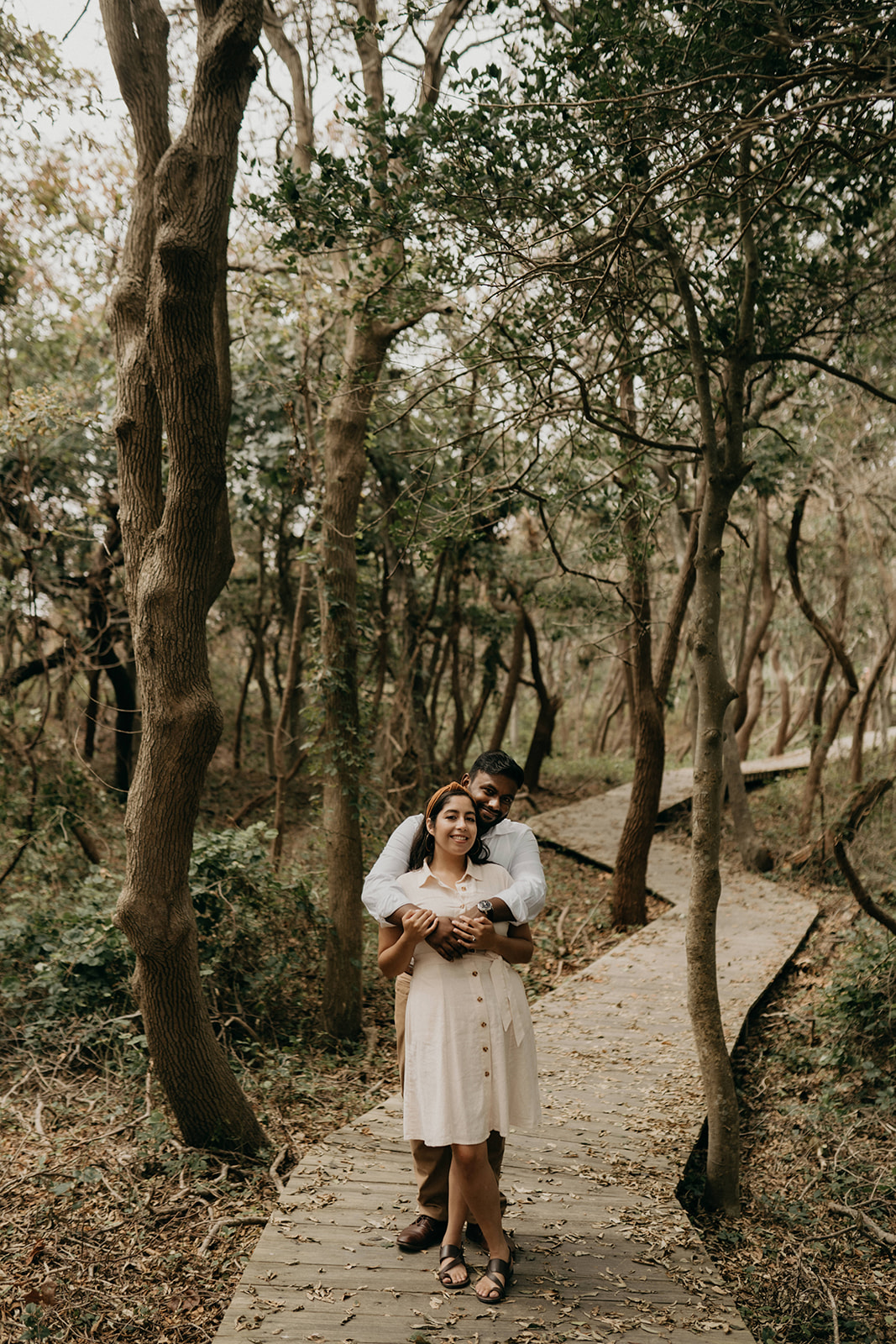 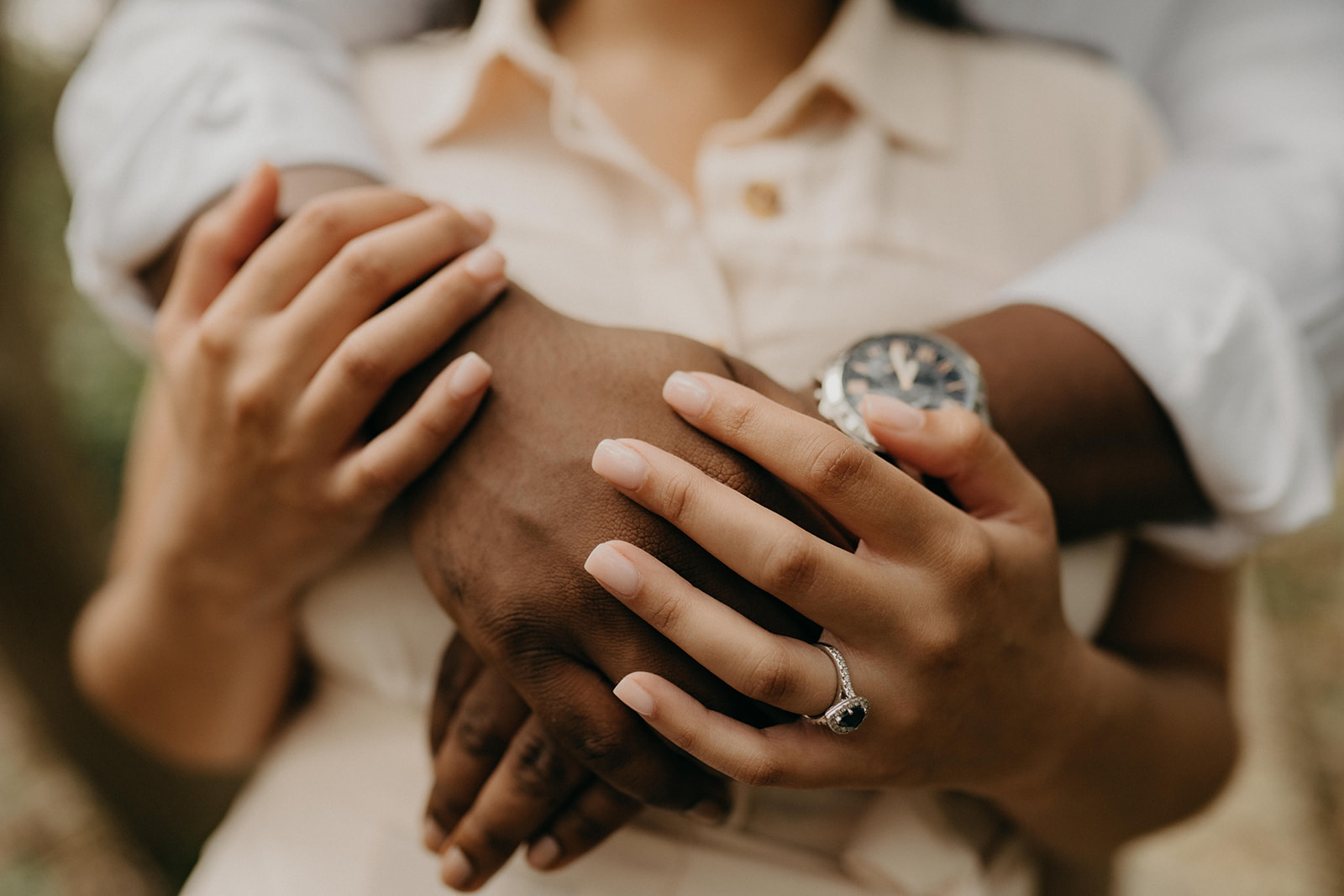 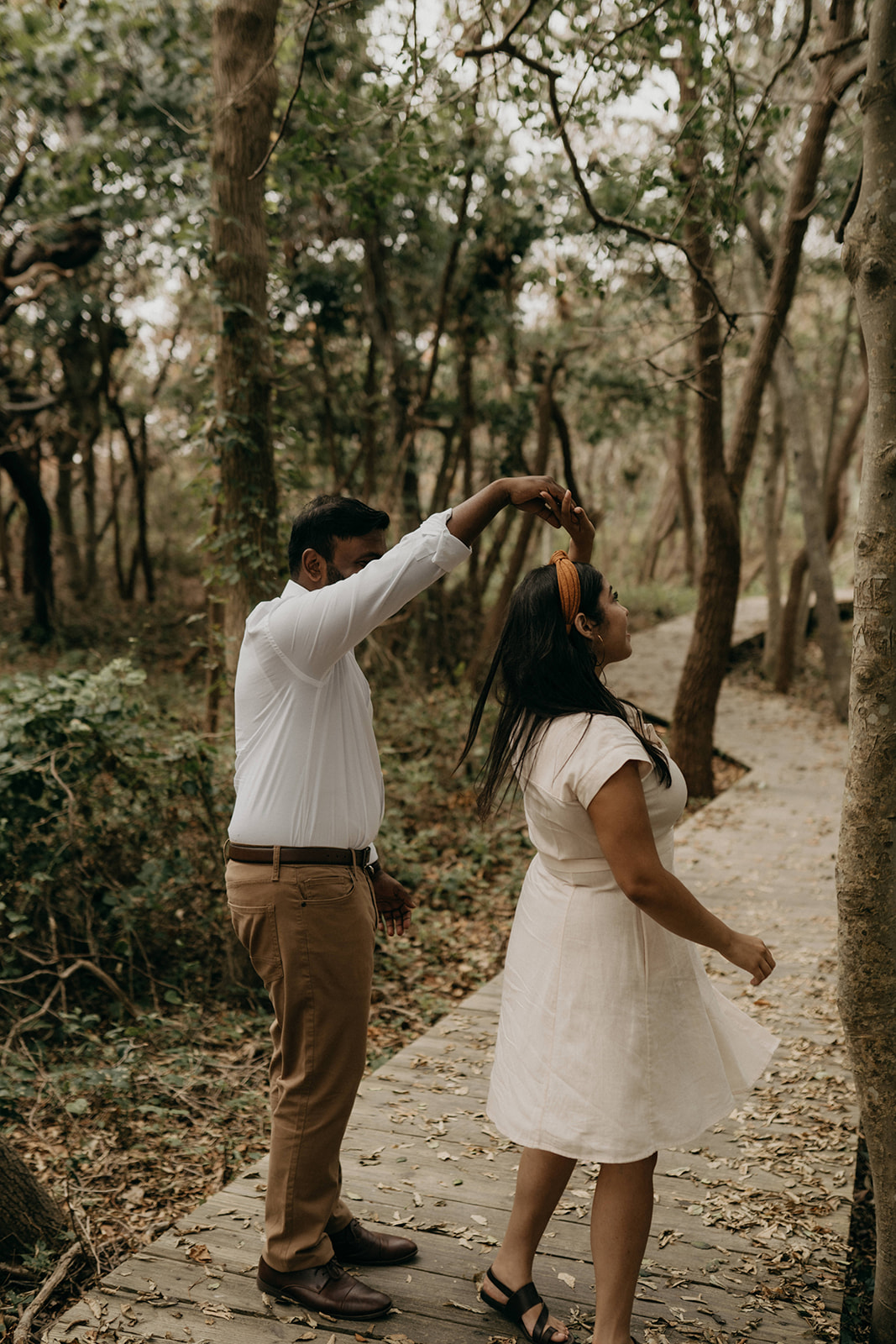 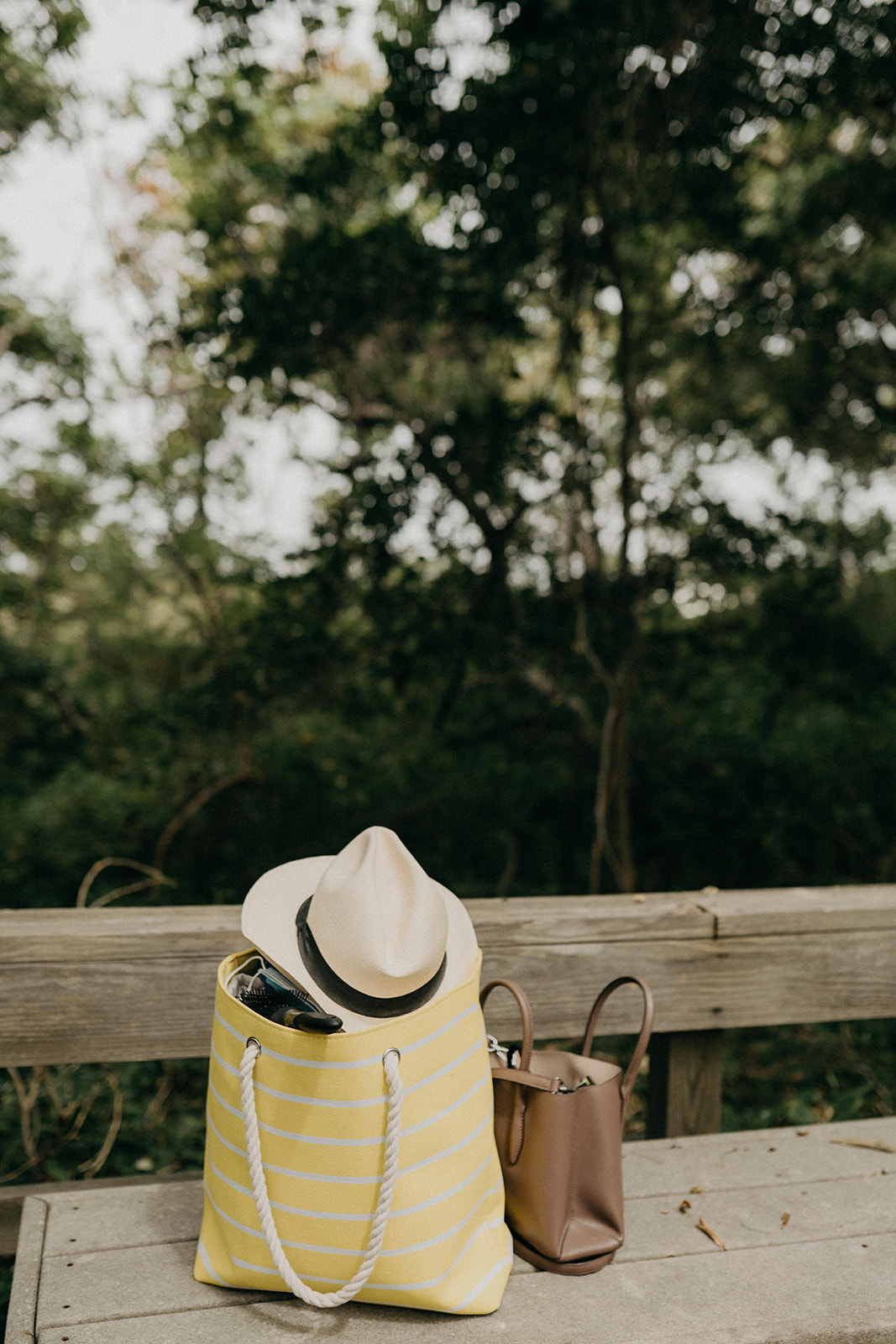 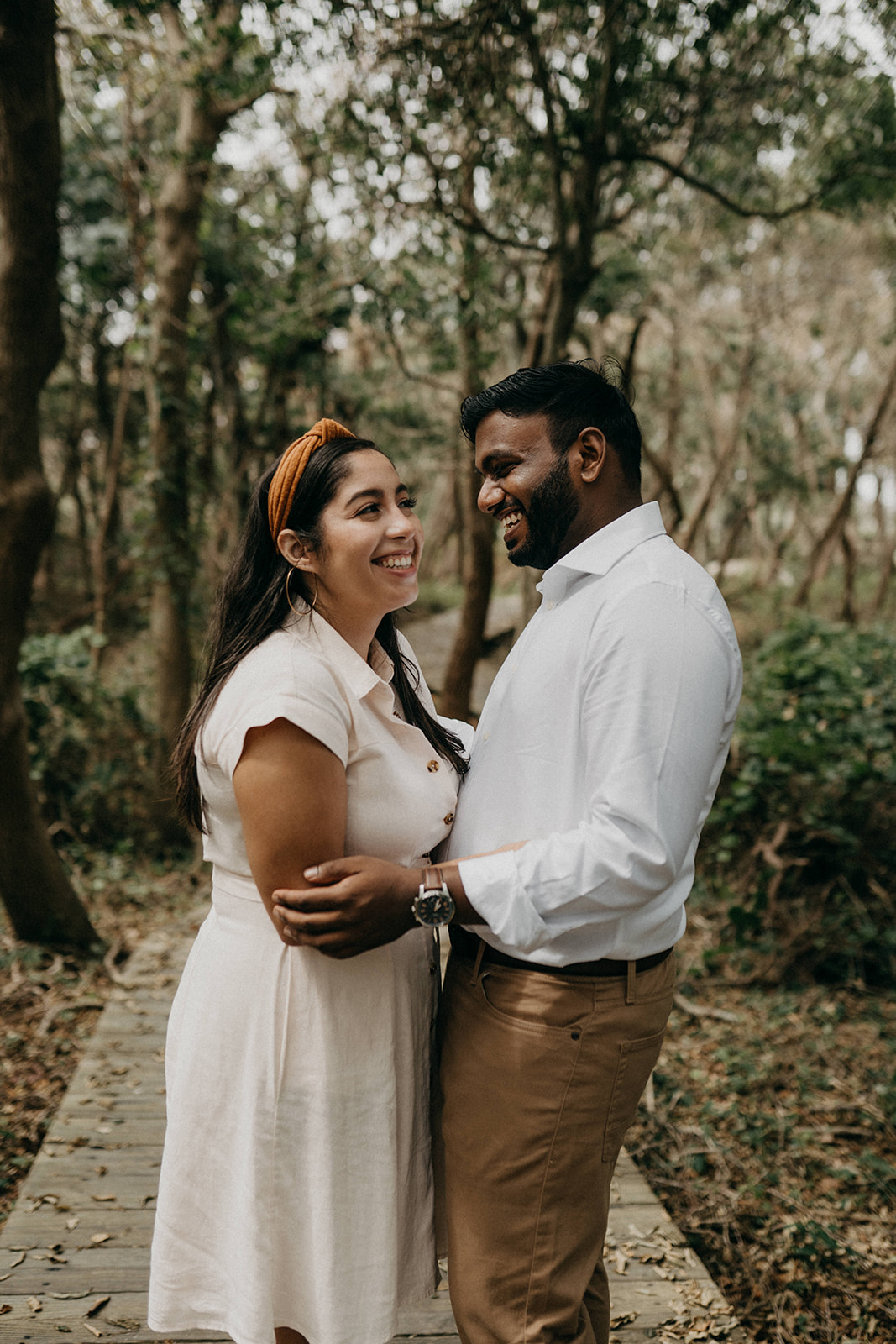 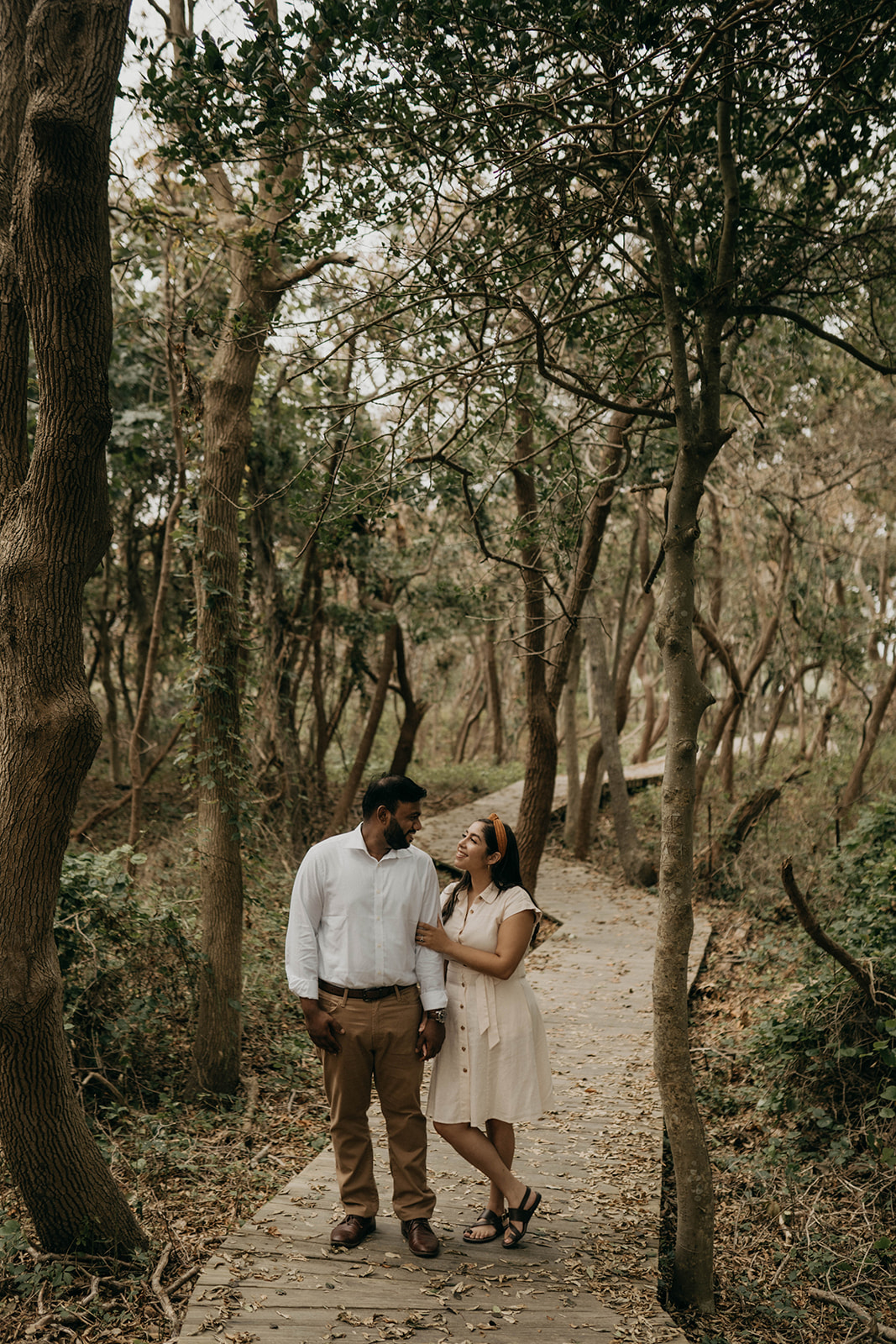 We met in medical school in Grenada. It was her first year and his last year. At the time we both attended a student led church. He was the Public Relations Chair and she was looking for a way to serve. During the first week of that term we met at the student center coffee shop. He thought the conversation was going to last 10-15 minutes, but it ended up being over an hour. She said that she was shy, but he didn’t believe her. After a Wednesday bible study we decided to go eat burgers at a restaurant. We realized we had a lot in common despite having different cultural backgrounds. More importantly our passion for serving others and love for Christ ended up bringing us closer.

When it came to the proposal, Mariely wanted to be surprised by Jon. He always knew he wanted a Christmas proposal because it was their favorite holiday, but he wanted something a bit more clever than a ring underneath the tree. So he decided to have a glass  ornament made with their first picture and placed it with the ring on the tree. When it came to the actual event, he told her that on the 21st he had a Christmas party. So that night, Mariely came over to his house. Jon wanted to point out the new ornament and as she got closer to admire she noticed the ring hanging there. In disbelief she stood as Jon got down on one knee and asked to marry her. Afterwards, Jon took a still very shocked but excited Mariely to the ” dinner” when she arrived both of their families were there to celebrate with the newly engaged couple.

I wanted something non traditional, growing up I always admired my grandmothers opal wedding ring and knew I wanted a gemstone. When choose the right gemstone I discovered that  Sri Lanka (where Jon is from) is a country where sapphires are ore. Also blue is my favorite color, and I always knew I wanted a September wedding so it just seemed right. I also did not want a princess cut, I wanted a pear for more of a vintage flare to a modern ring. He did an amazing job, my ring is a halo pear shaped peacock sapphire in a white  gold paved setting.

Our engagement shoot was dreamy to say the least, though it wasn’t our original plan thank you Covid restrictions last year lol. Thalia was amazing in offering so many locations and walked us through the entire process from meeting us at a coffee shop, to assisting us in selecting the perfect location and even coordinating an entire schedule to maximize the natural light. We chose Fire Island because it reminded us of the cliff and beach campus we meant on in Grenada. We loved how it offered us both the beach and the forest as contrasting backdrops. At the time we have already chosen our date and knew our colors were champagne, gold, gray, and white so we wanted to keep the color of the wedding but still matching the aesthetics of Fire Island LI. We also wanted to honor our cultures and celebrate our love by including a dupatta and Panamanian straw hat in the shoot. I remember telling Thalia I didn’t want it to feel like two world collide, instead embrace the similarities in our values and our islands. Cue Moana “ Consider the coconut, Consider its tree We use each part of the coconut That’s all we need” Like the coconut, love is all that is needed.