We love getting a glimpse of our couples' interests! Amelia and Darcy incorporated their home country's flag, his acoustic guitar, and her Adidas sneakers into their tranquil, oceanside engagement session. The colors that Justin Ho Photography captured in these photos are vibrant yet subtle, energetic yet peaceful – we can't get enough! 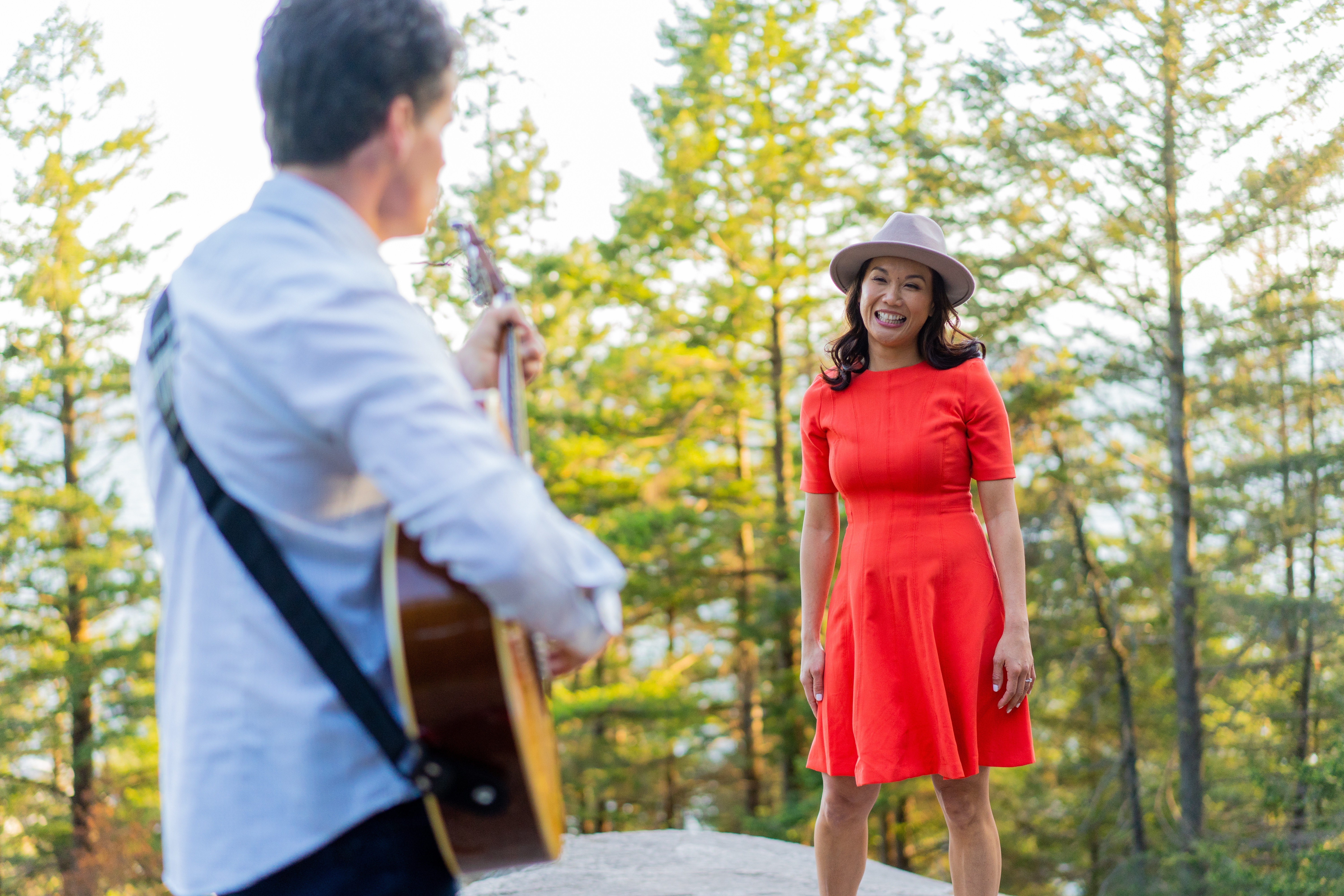 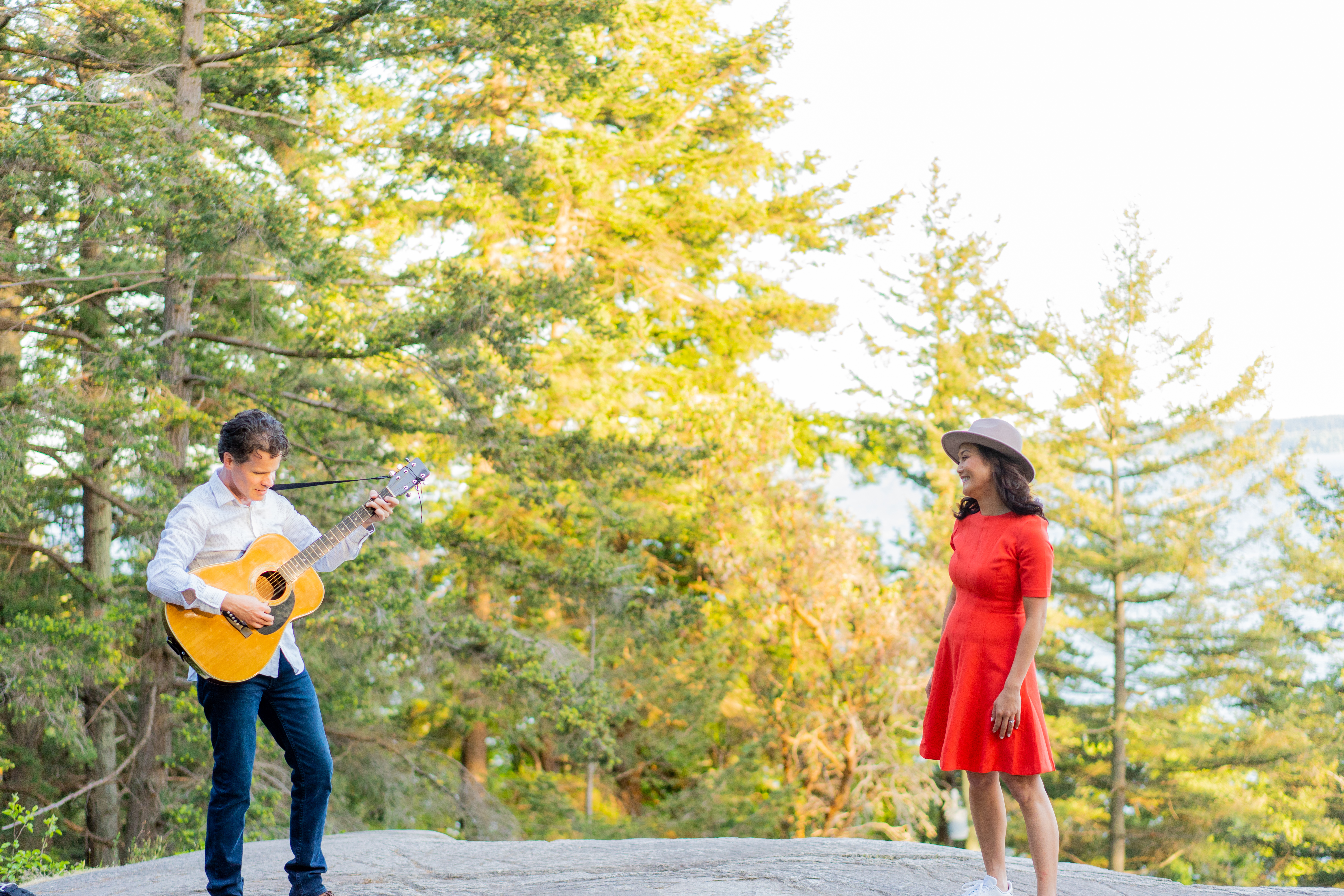 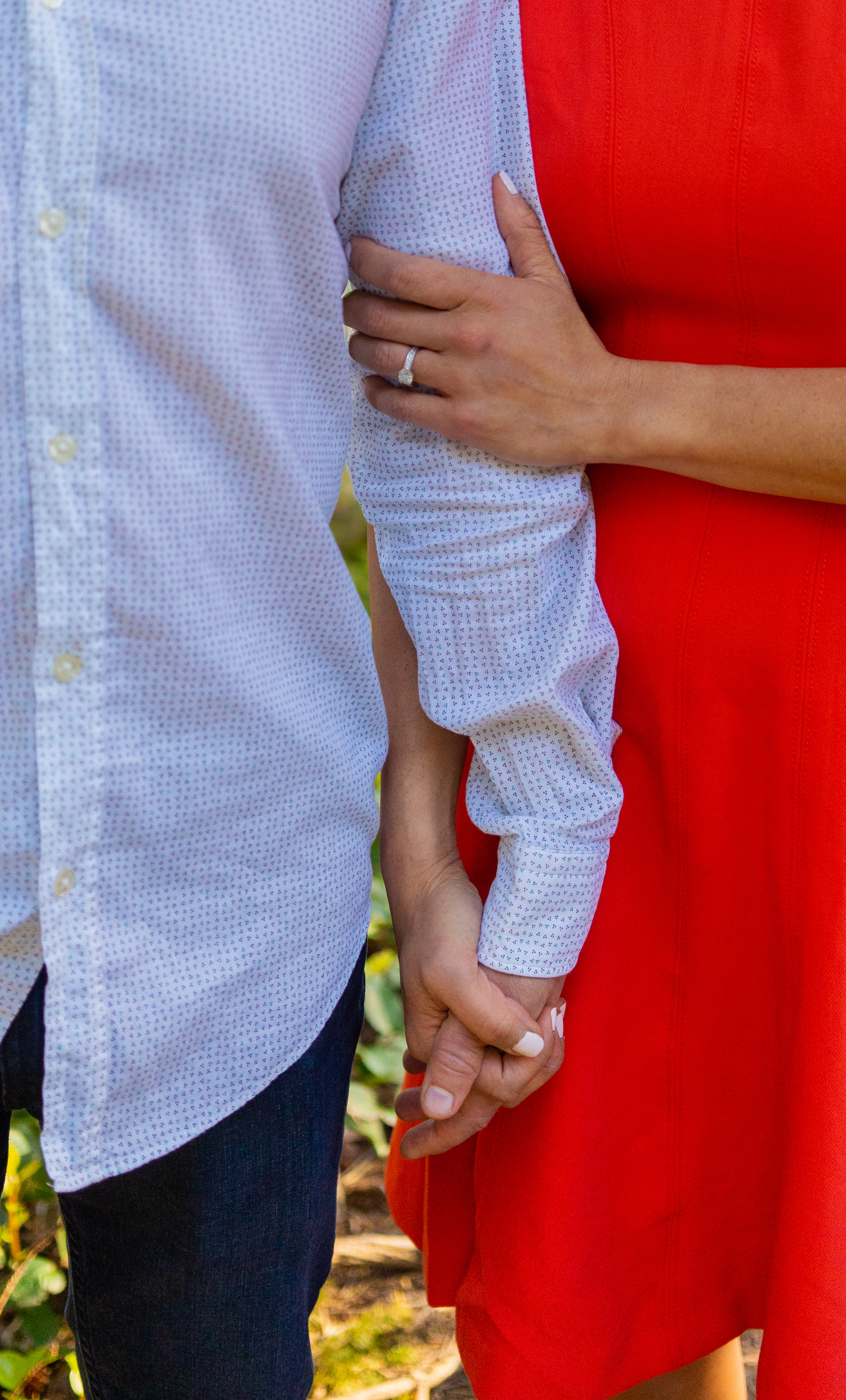 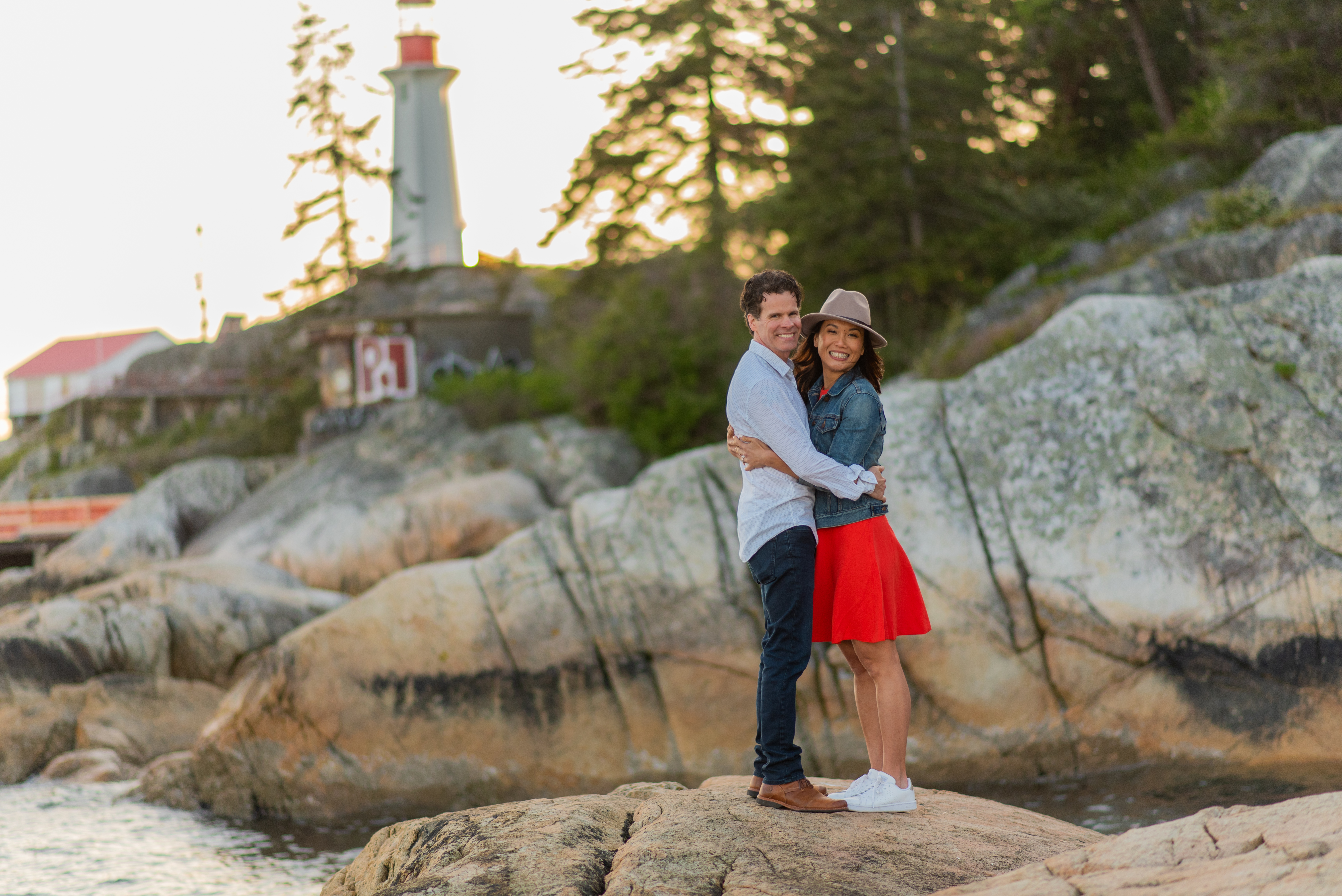 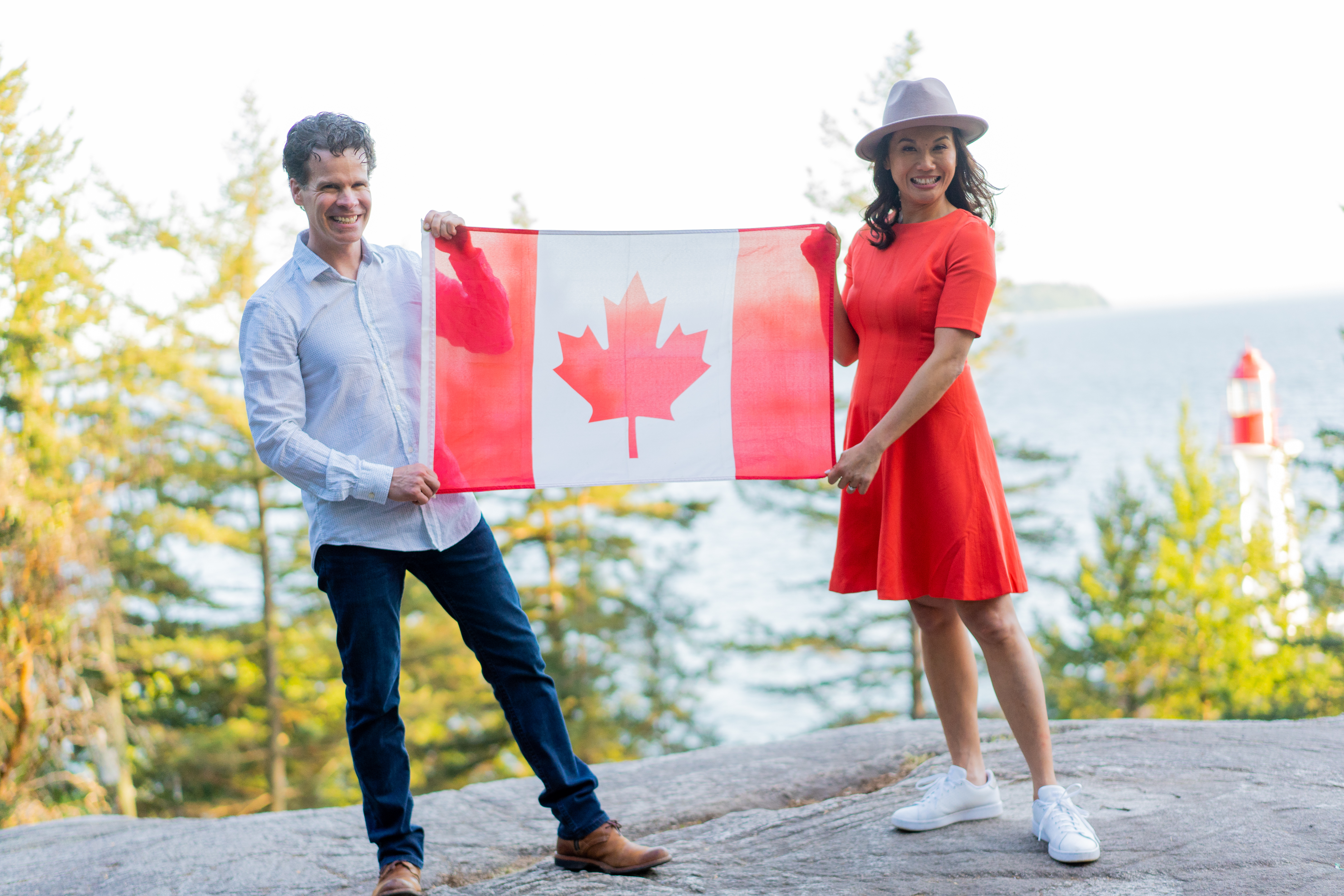 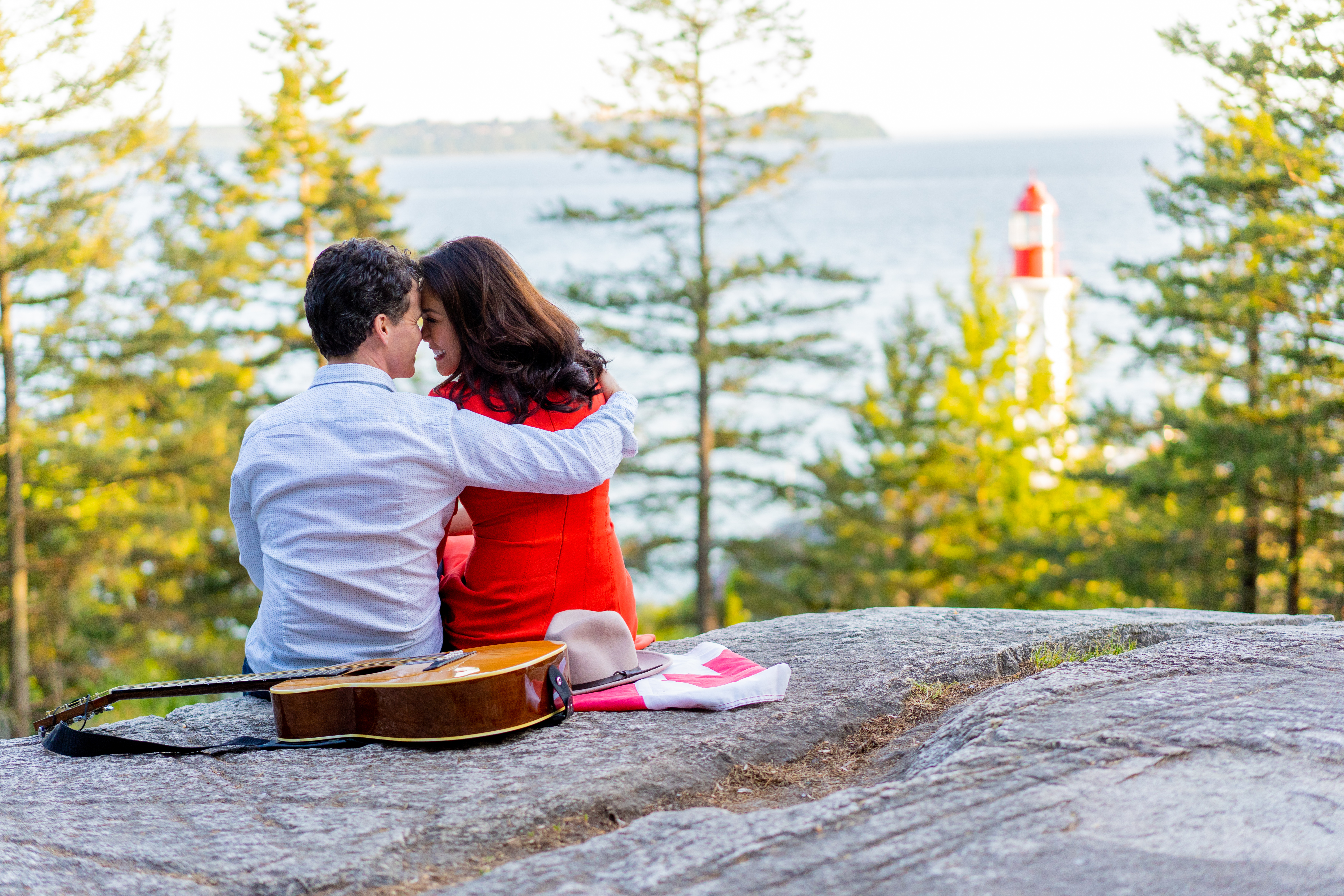 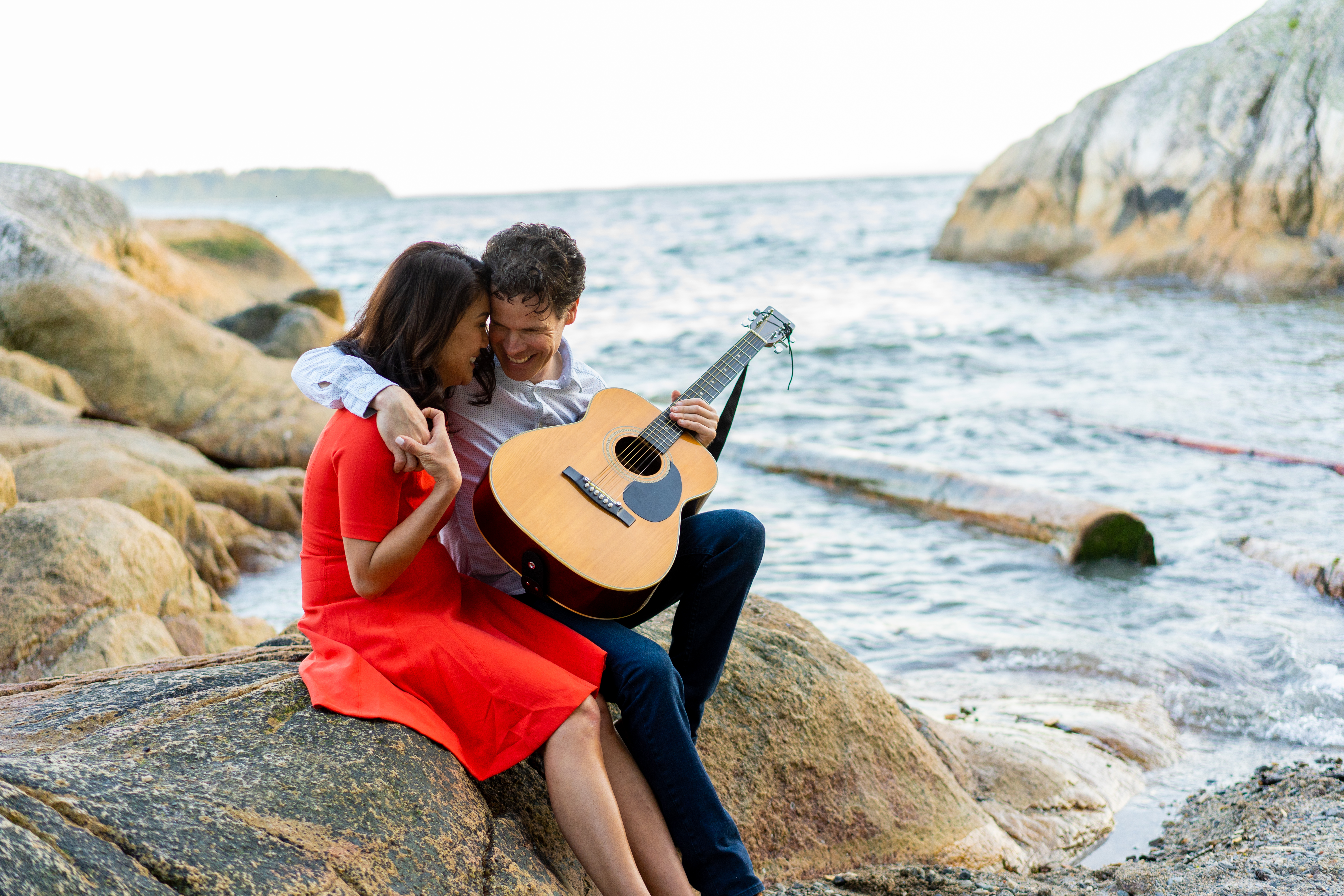 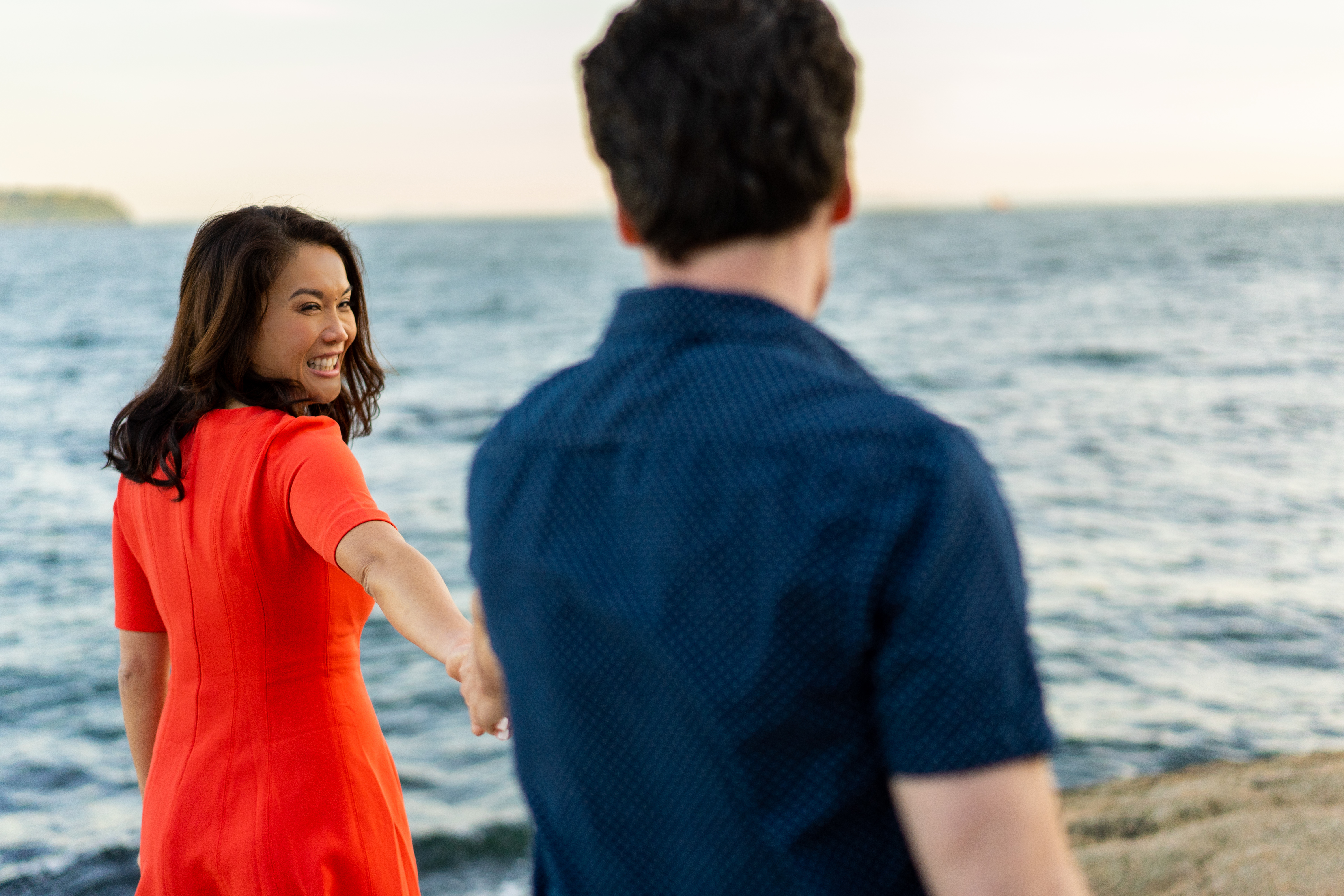 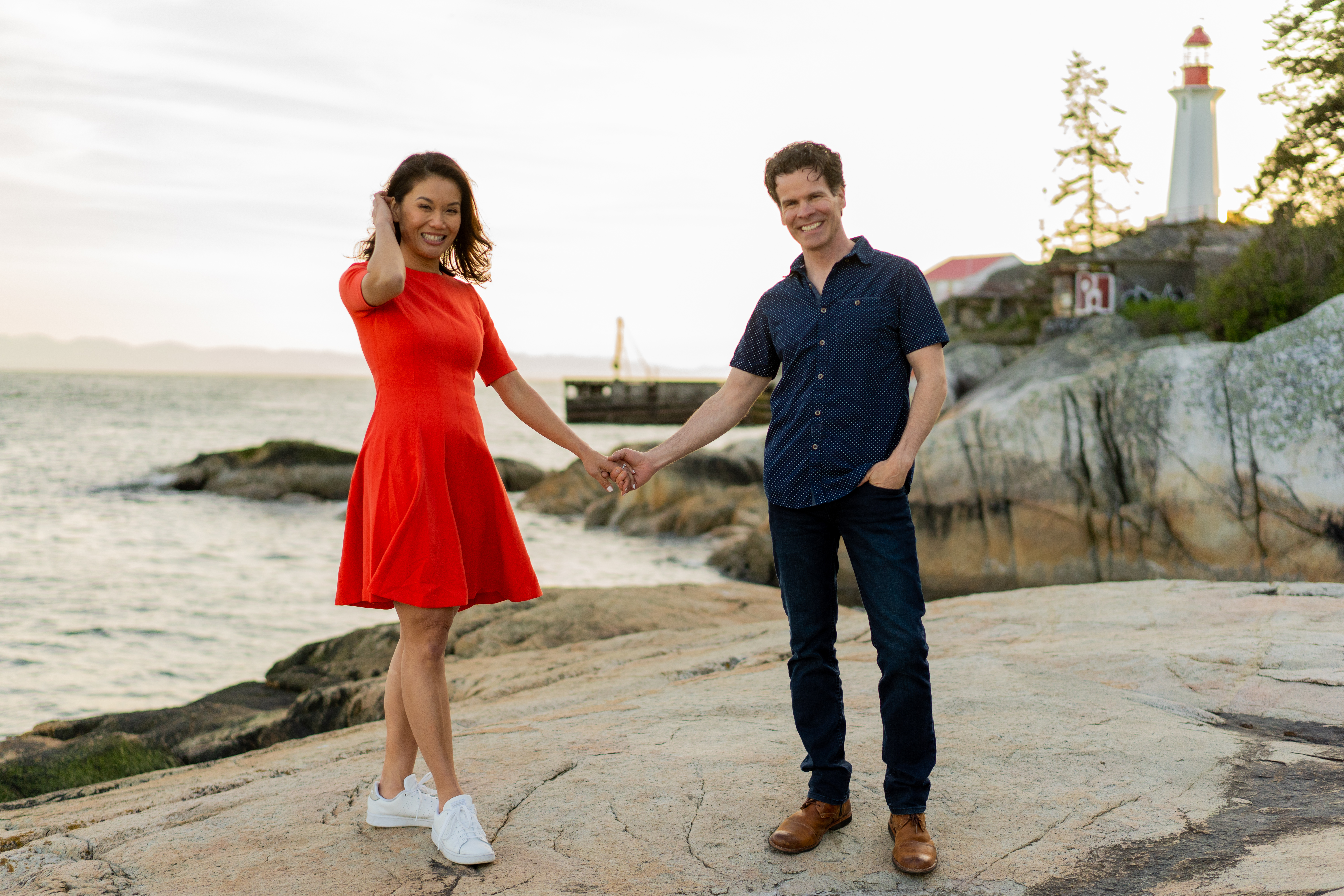 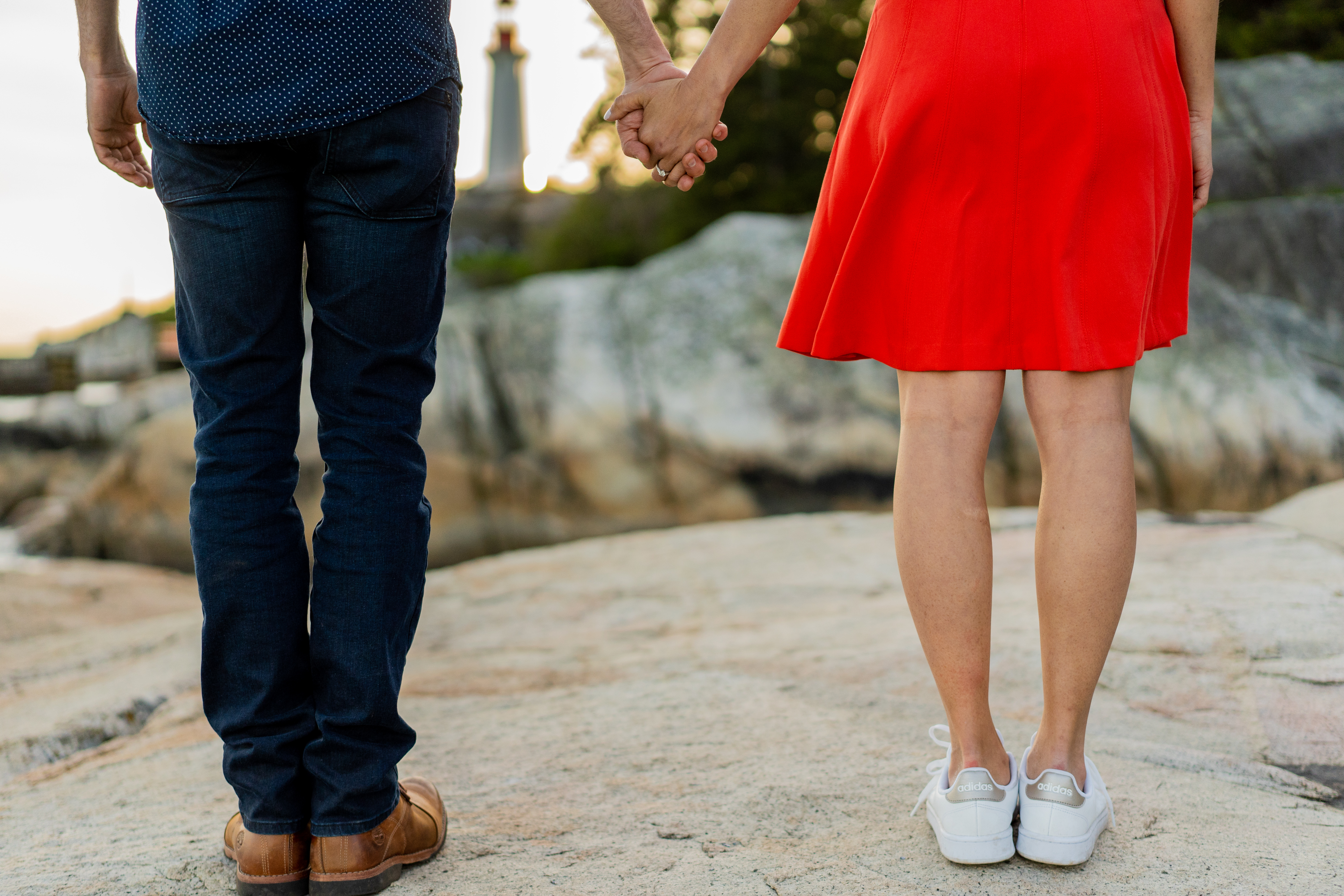 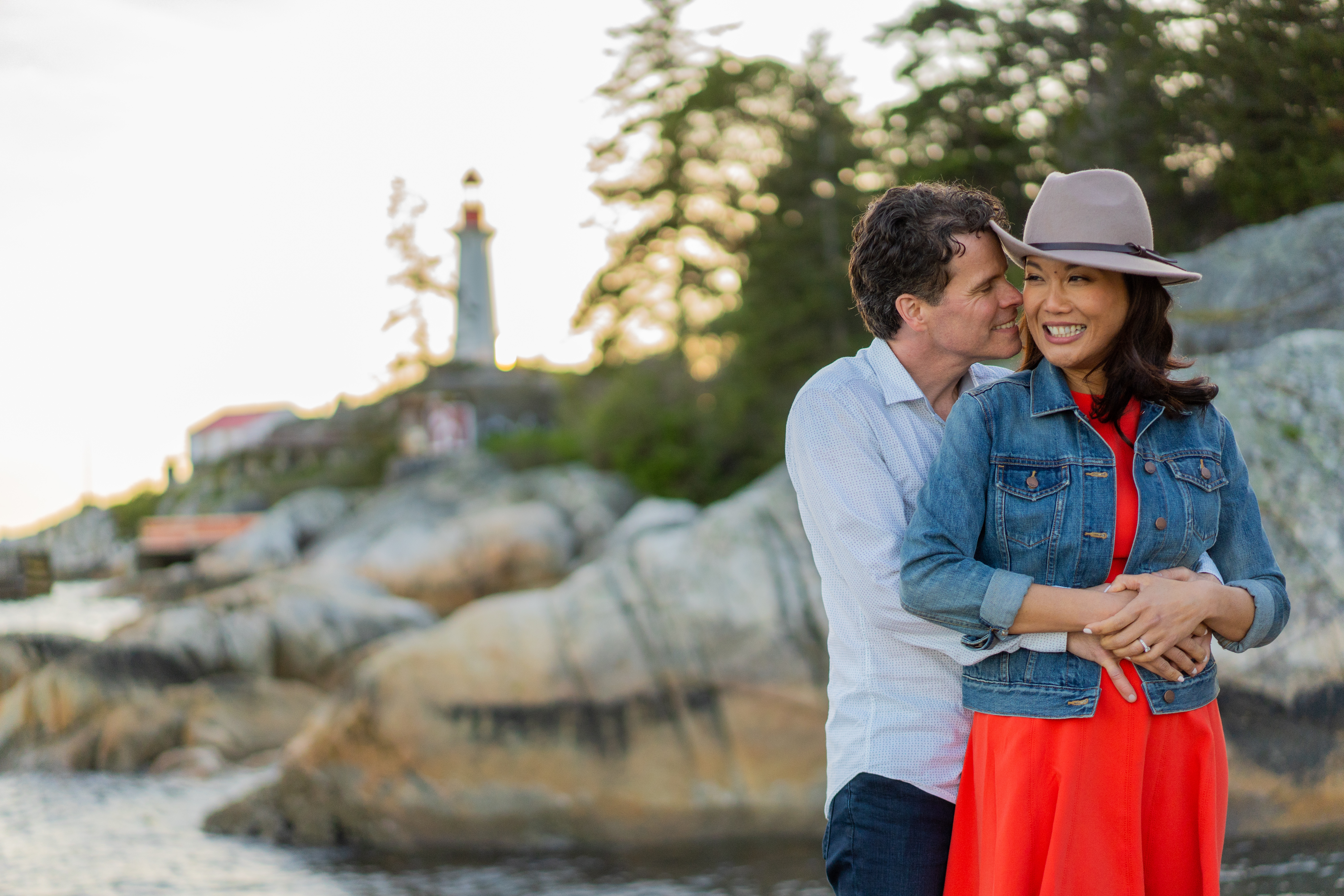 Amelia and Darcy’s first date was in the fall, at a well known Italian restaurant in Seattle, but they both had bad colds and almost cancelled. Luckily, the conversation was good and they managed to enjoy their dinner for 2 hours before Darcy called it a night – you see he had been reading up on the dating playbook as he was feeling kind of rusty. “End on a good note” “Send a ‘that was fun’ text later – but not too soon and don’t plan a second date right away.” You know the drill. Well, Amelia was not reading the playbook, luckily. She replied immediately and suggested a second date the following week – basically asap. With the first date jitters (and the colds) out of the way, they enjoyed a great night of beer, sushi dinner, and some gross jelly beans. They were off and running! Running so well, Darcy splurged on John Legend tickets for their 3rd date!

Luckily they quickly got over the ‘playing’ it cool vibe because by Valentine's Day a proposal was in place! Yes, you heard that right. They started dating in the fall and were engaged by February! But both Darcy and Amelia shared with feeling – when you know you know! And they sure did know. On Valentine's Day, both didn't really have plans, so Amelia bought last-minute tickets to a musical, Rock of Ages. Darcy was hoping to propose at the restaurant during dinner, before the show, but didn't find the right opportunity. Darcy took the opportunity to propose to Amelia right before the show in the lobby of the 5th Street Theatre in Seattle. Of course, she said Yes! They knew they were ready to commit their lives to one another. Amelia knew she was ready to take on the role of “bonus mom” and they are also looking forward to becoming parents together!

Amelia felt strongly about where the ring/diamond came from. She had a little idea of what she wanted so while we were traveling in Nashville, Tennessee for a long weekend, we visited an estate jeweler and found the perfect ring that was a European cut from the 1800's century with an old-style/antique setting.

Amelia's favorite color is orange so she wore a semi-casual orange flowy dress that is knee-length with white Adidas sneakers. She had just had a trial makeup and hair done earlier that day so it was a perfect opportunity to get the engagement shots taken that same day as well. She had a fun hat as one of the accessories. Darcy had two shirts (long sleeve and short sleeve) he could change with dark blue jeans. Because they are both Canadian, they also had a Canadian flag as one of their props. Darcy is a musician, so he had a guitar with them as an accessory.