Luscious green and pink hues complimented by the golden sunset is just the beginning of this whimsical engagement session. Amy Maddox captured Alex and Patton’s love in a light and airy way as they strolled through the breezy Texan grass. 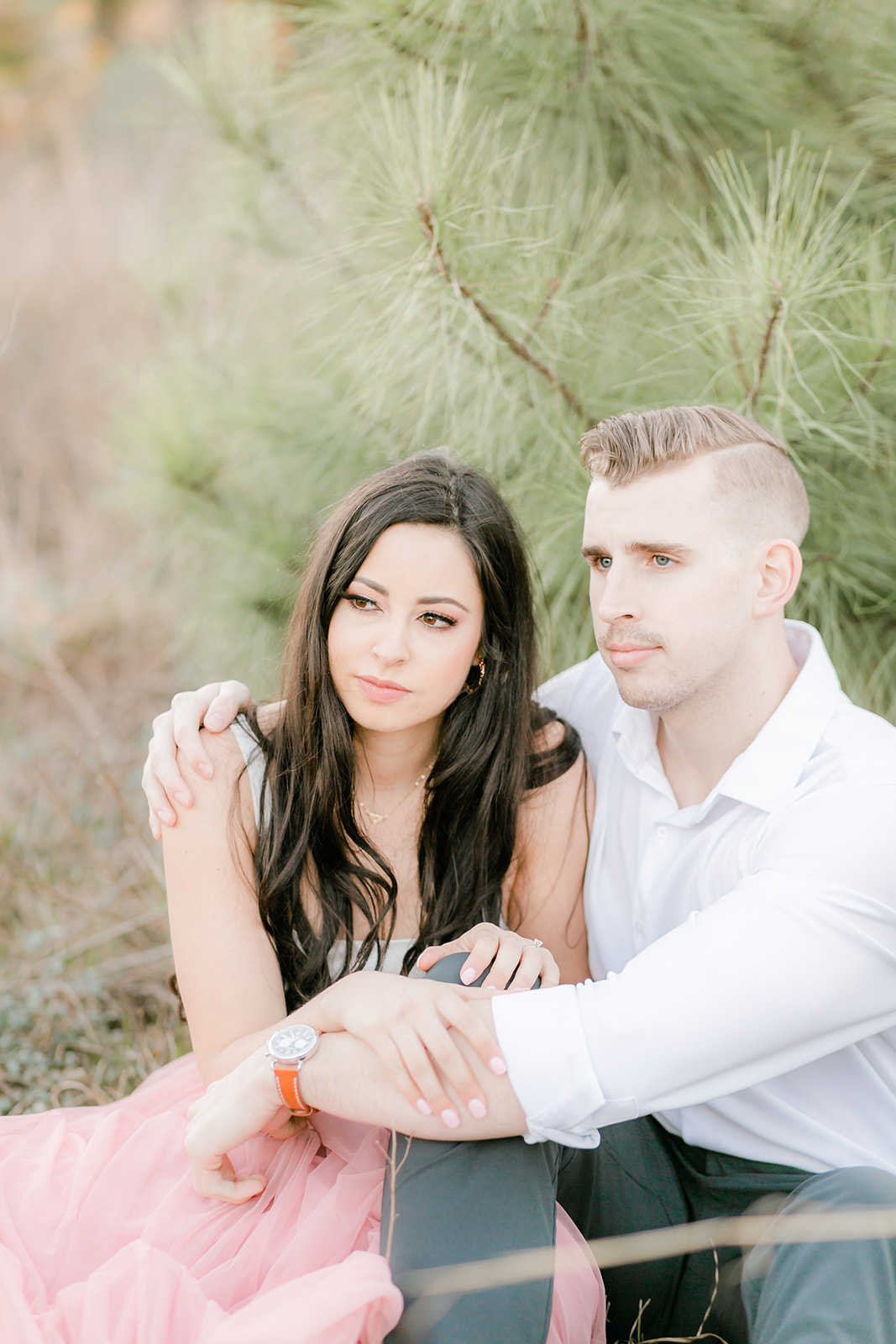 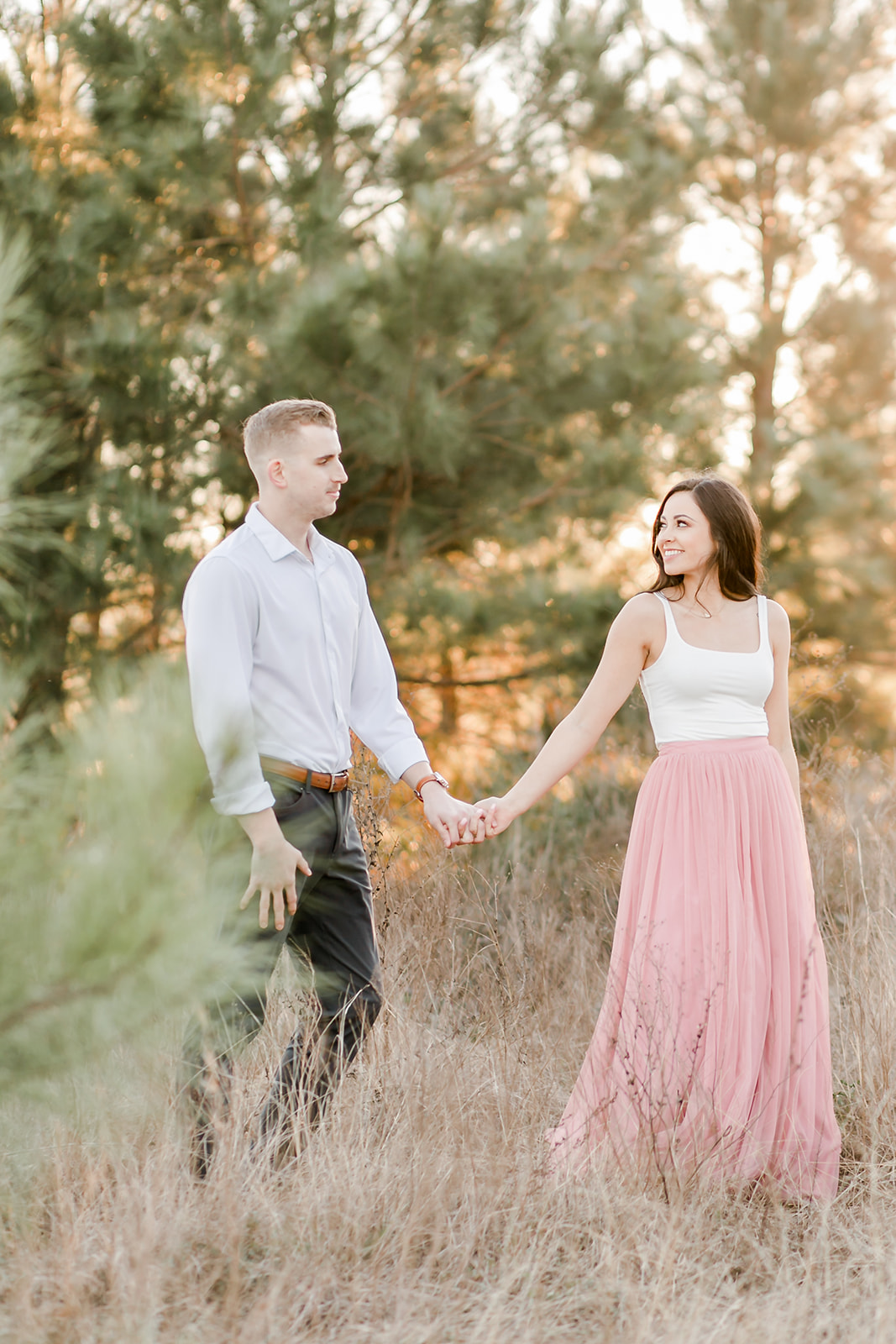 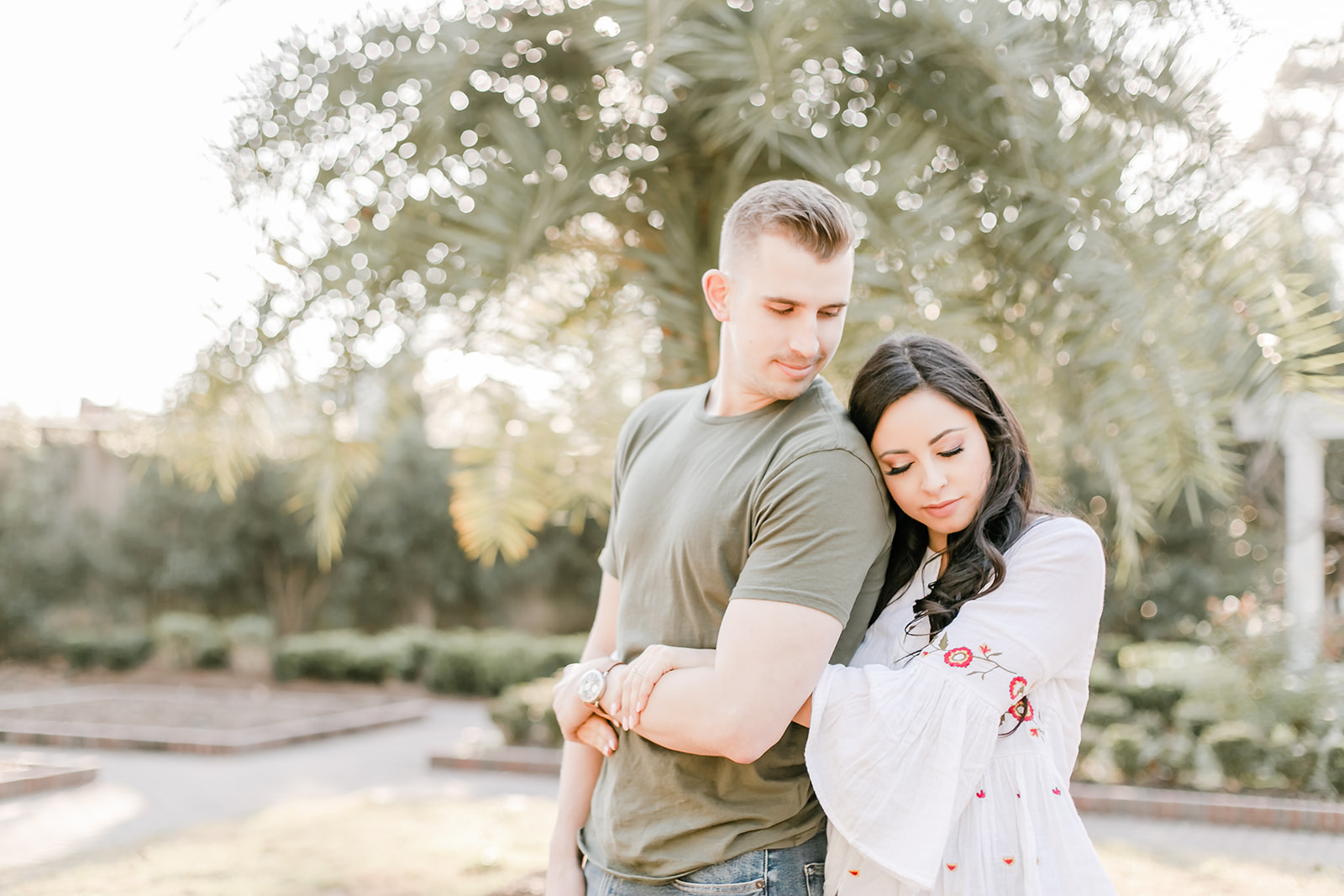 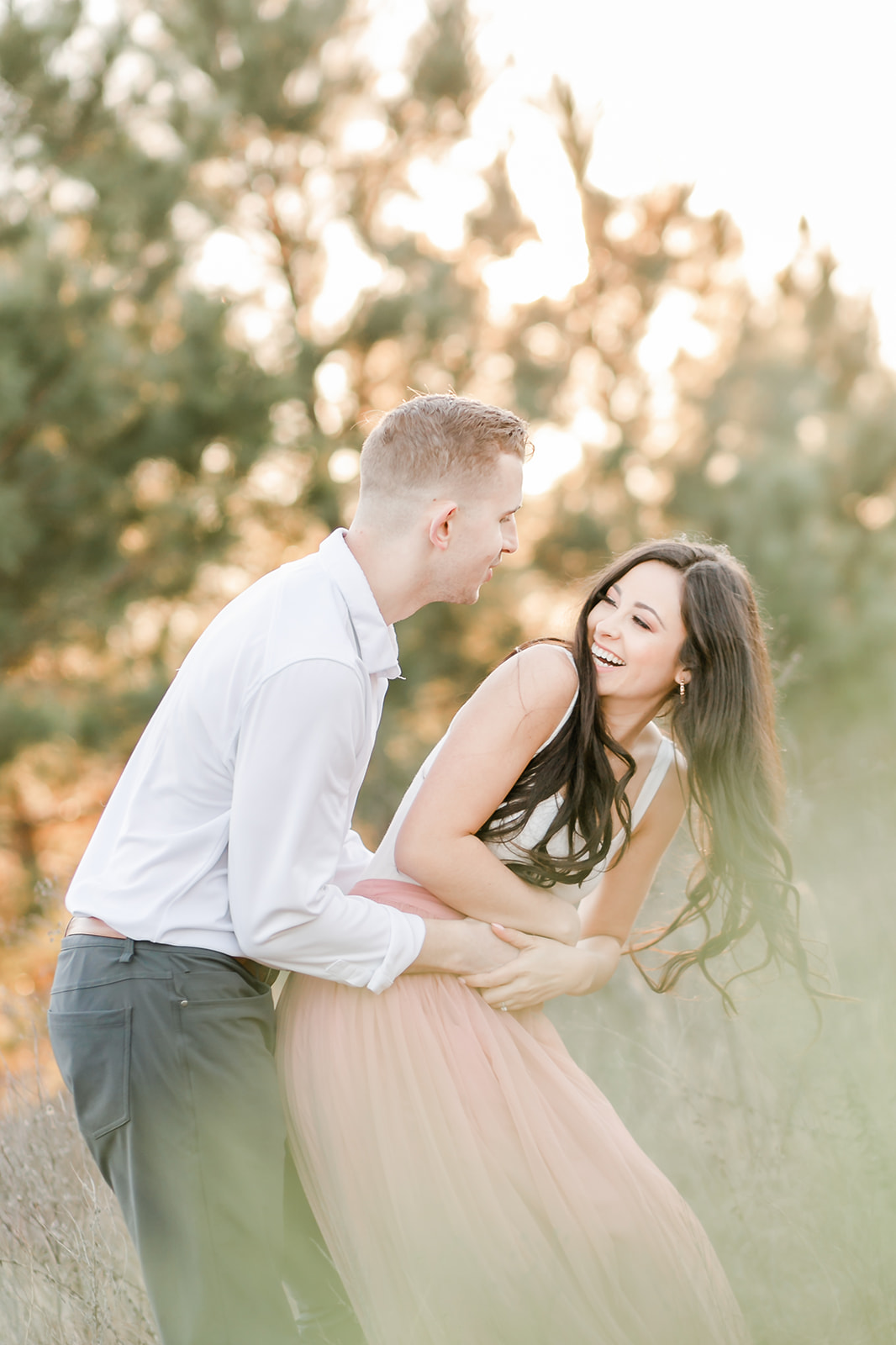 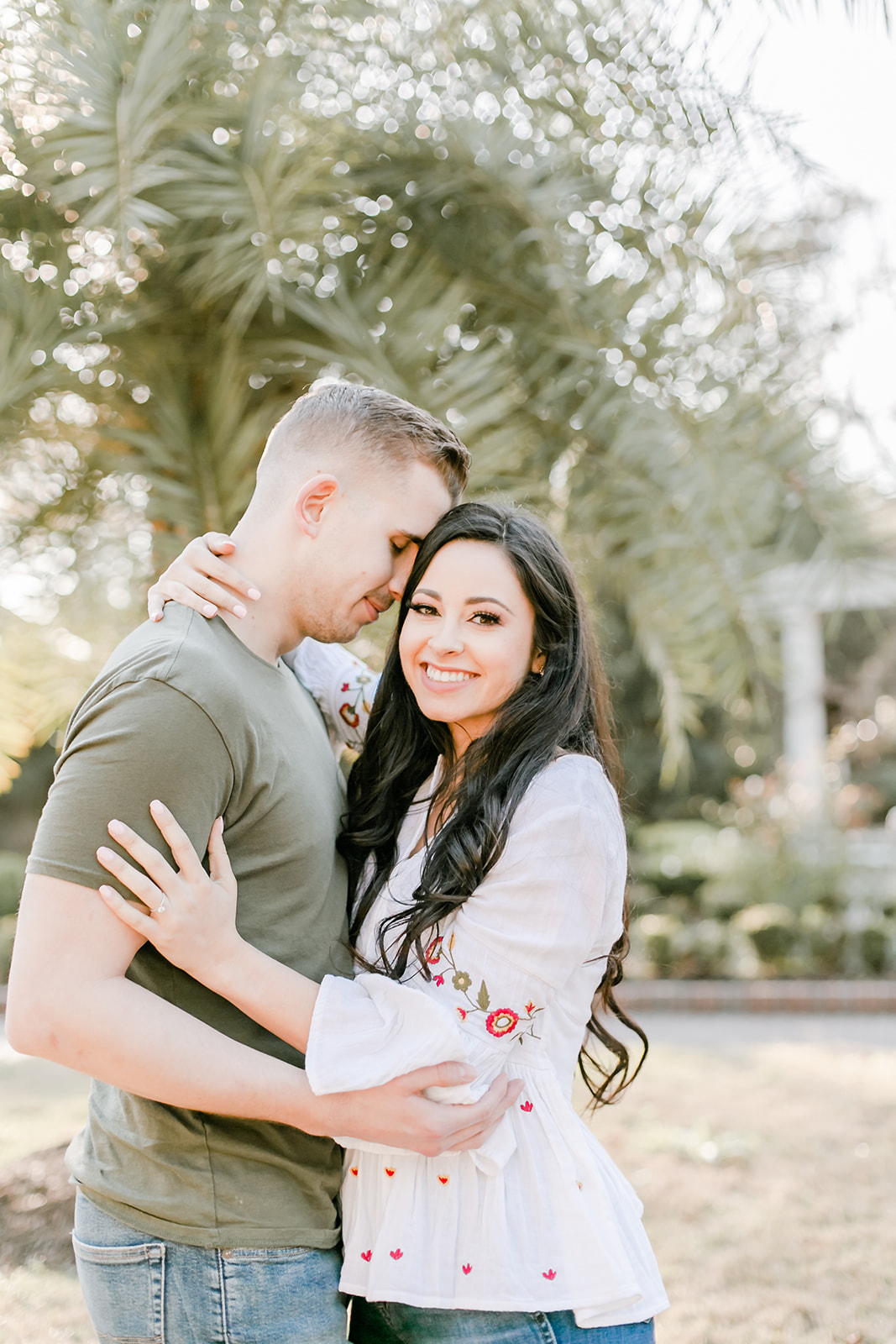 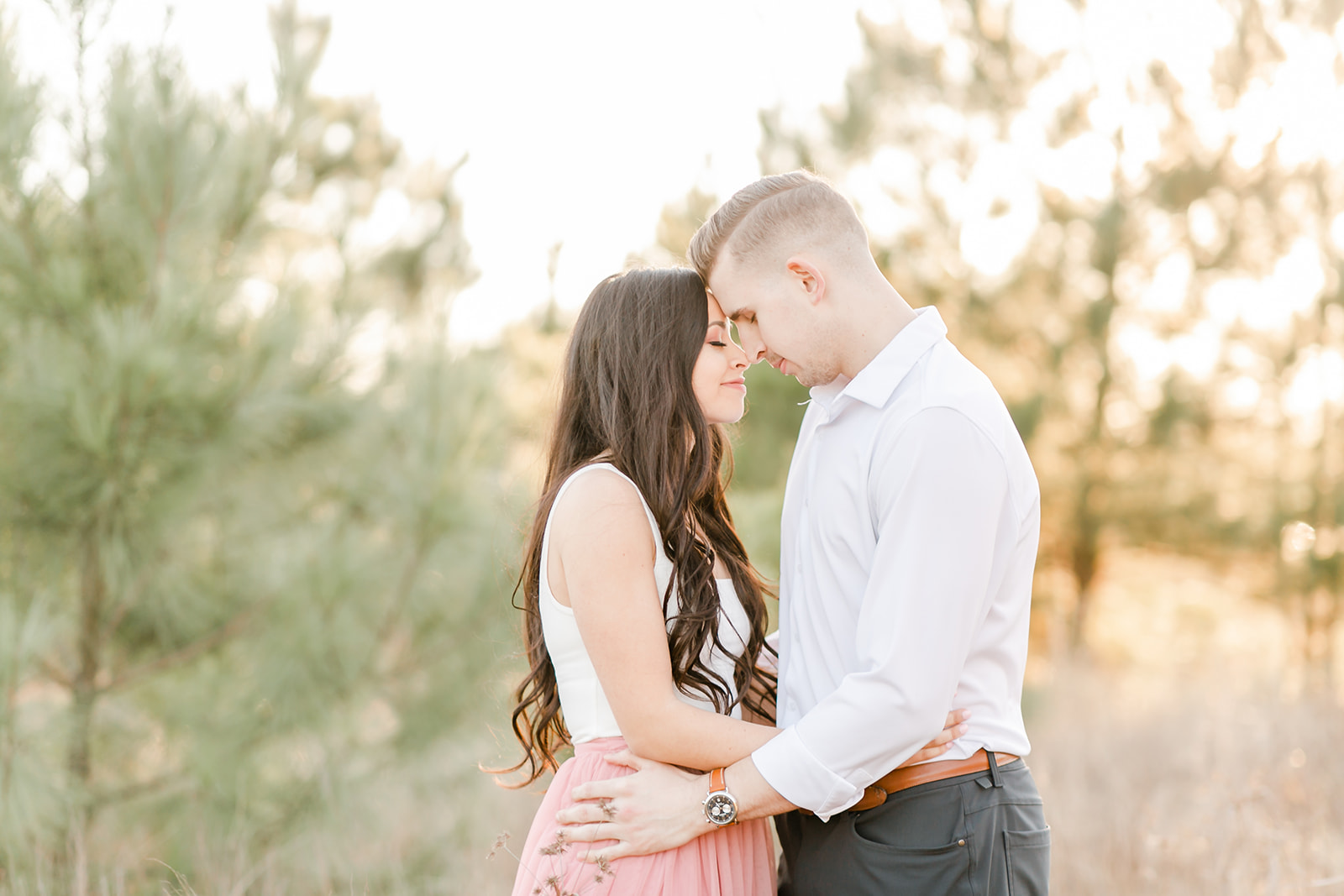 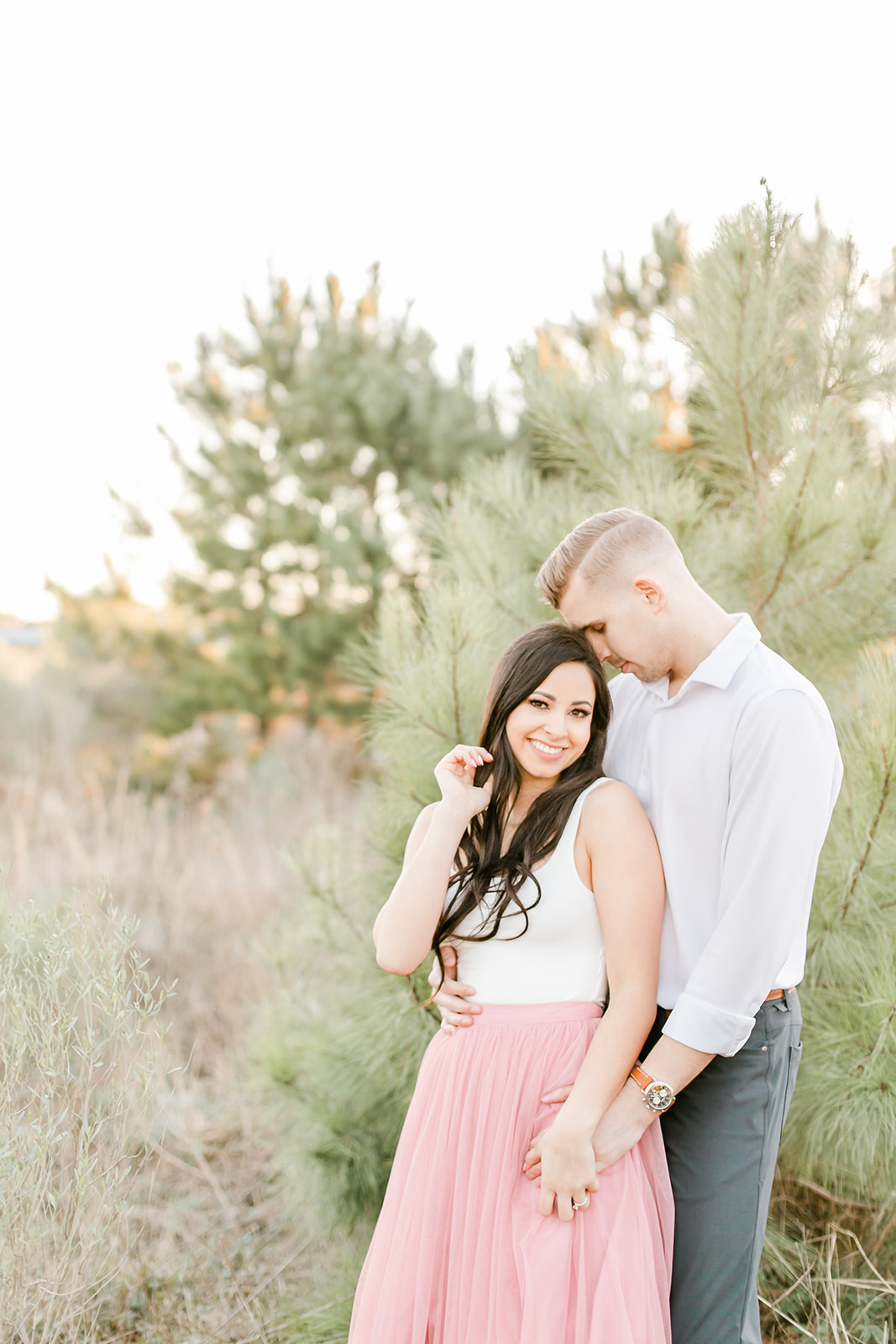 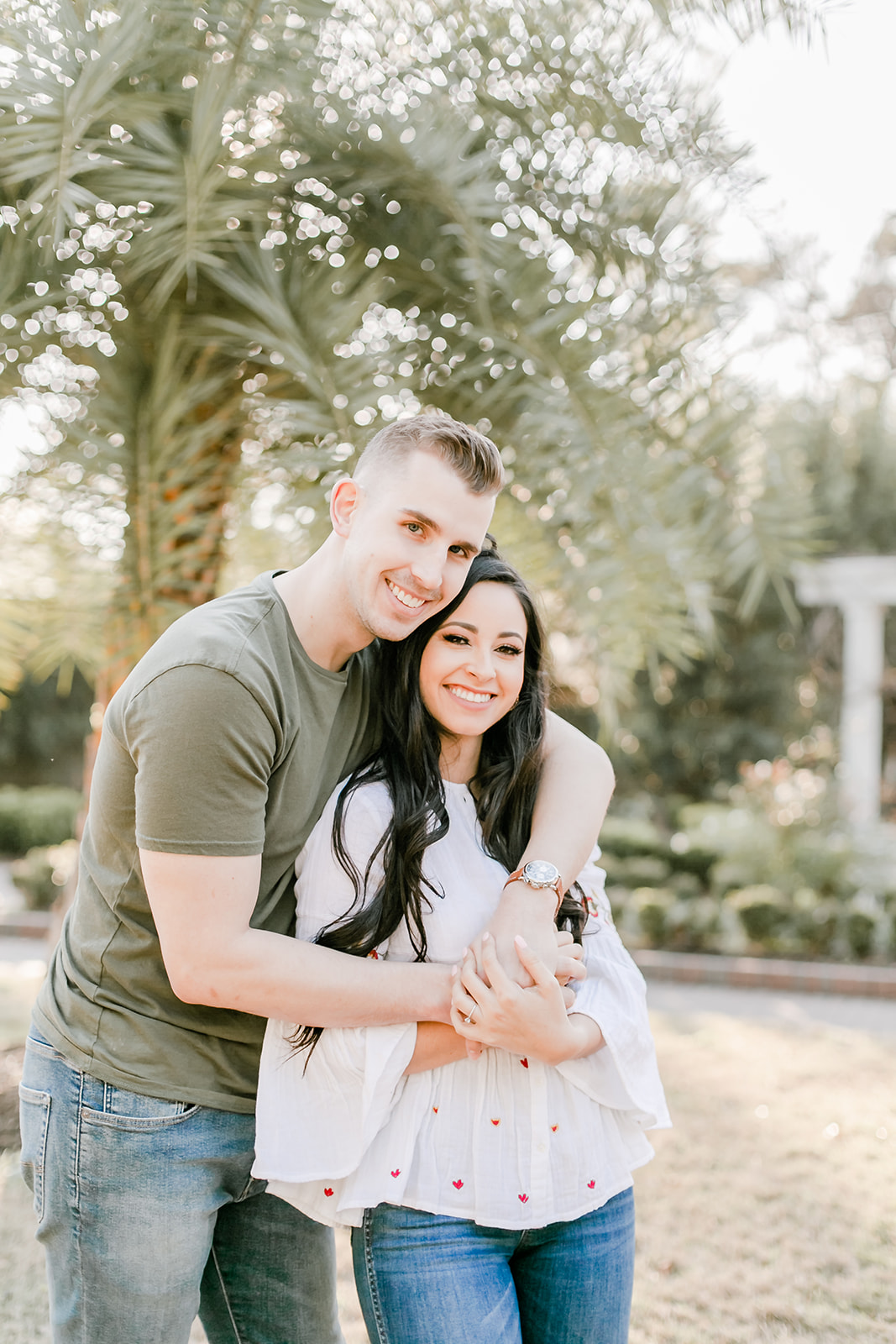 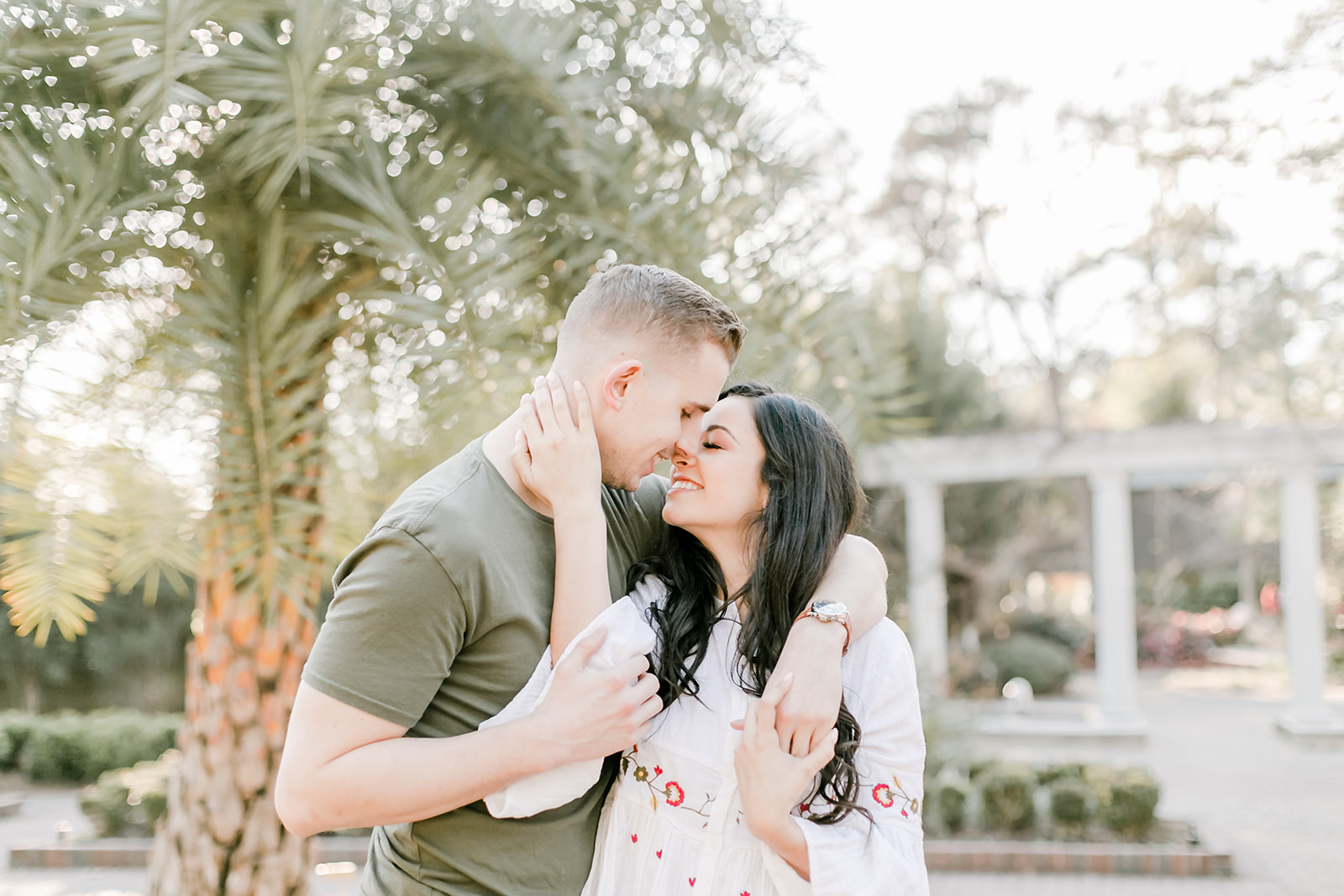 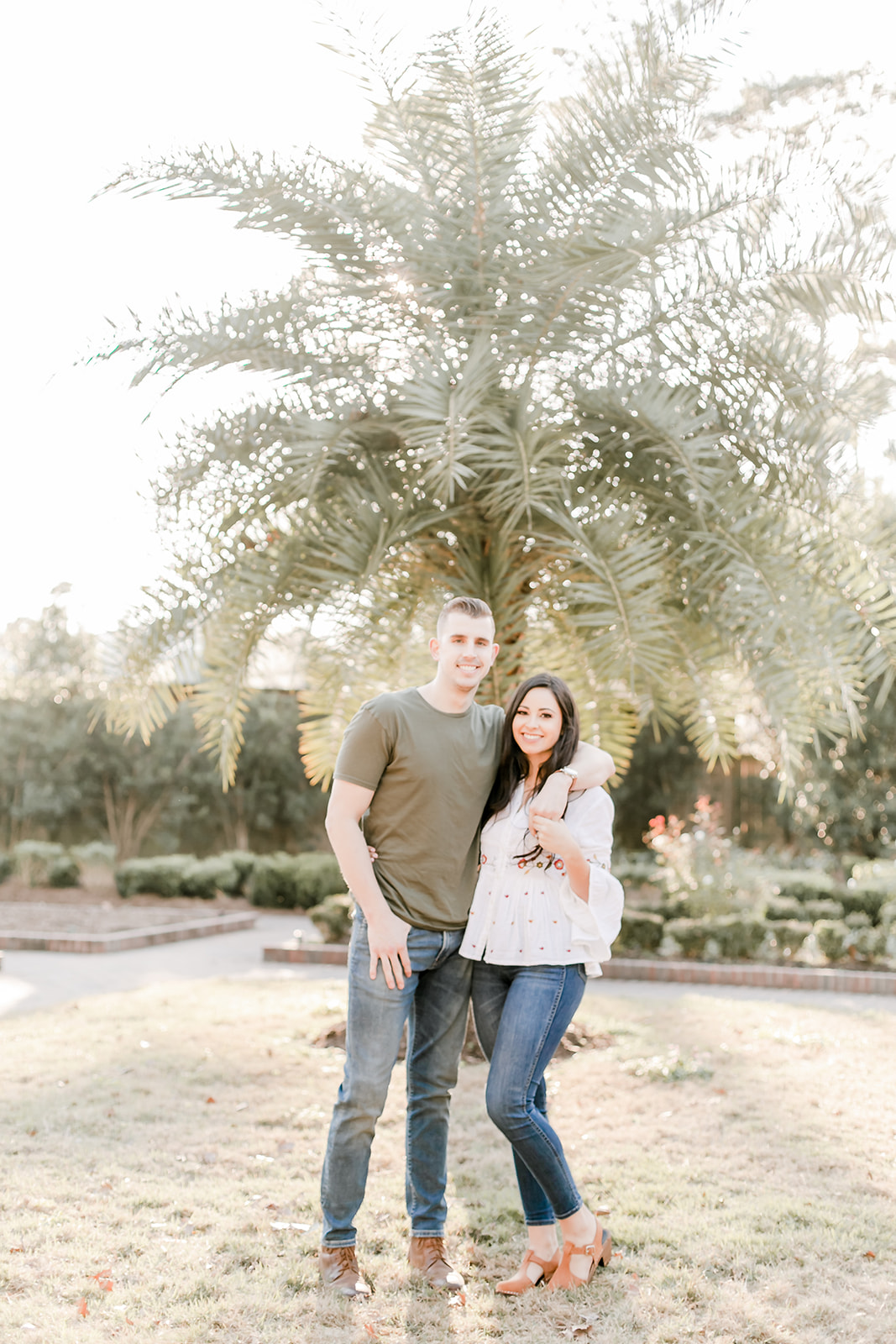 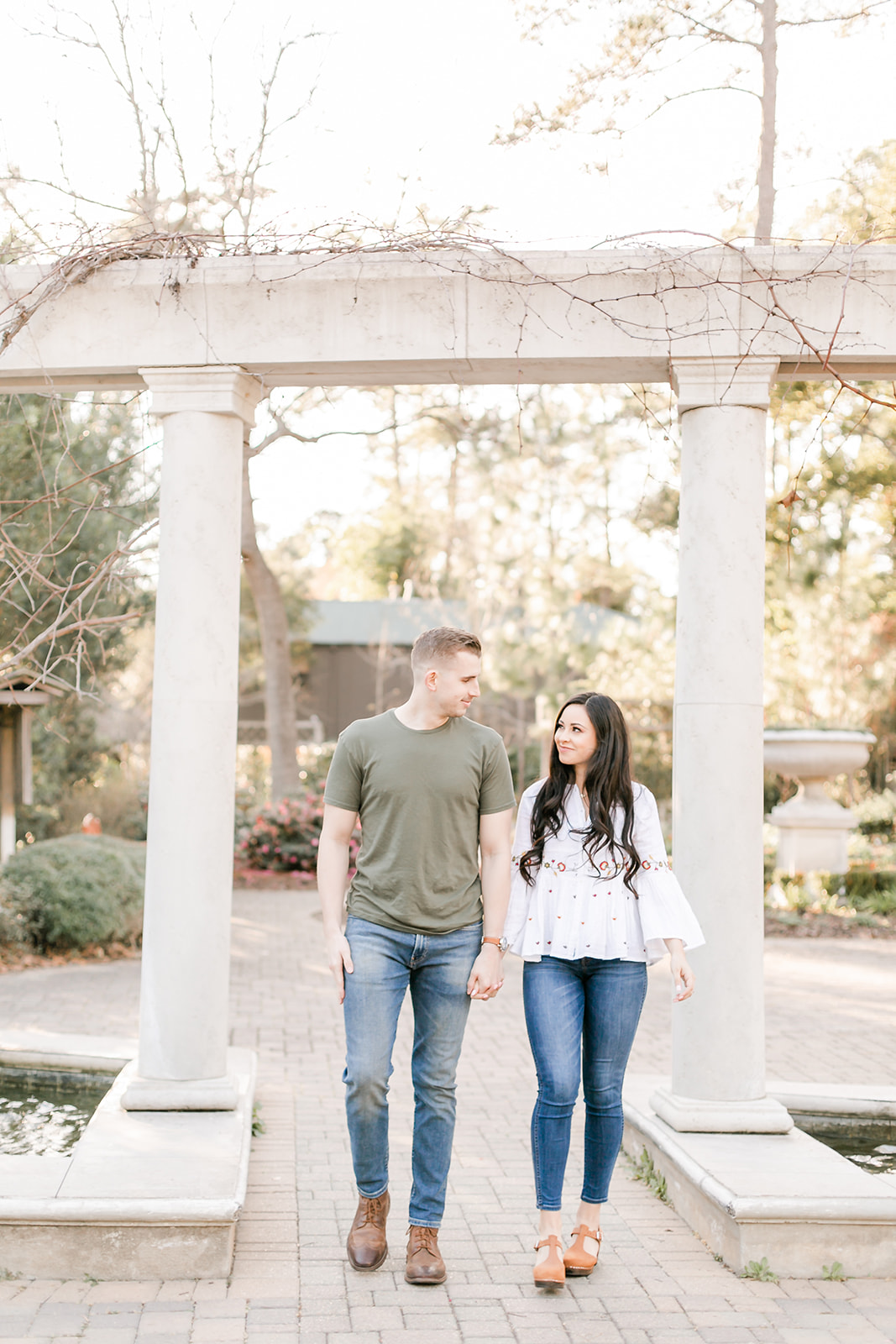 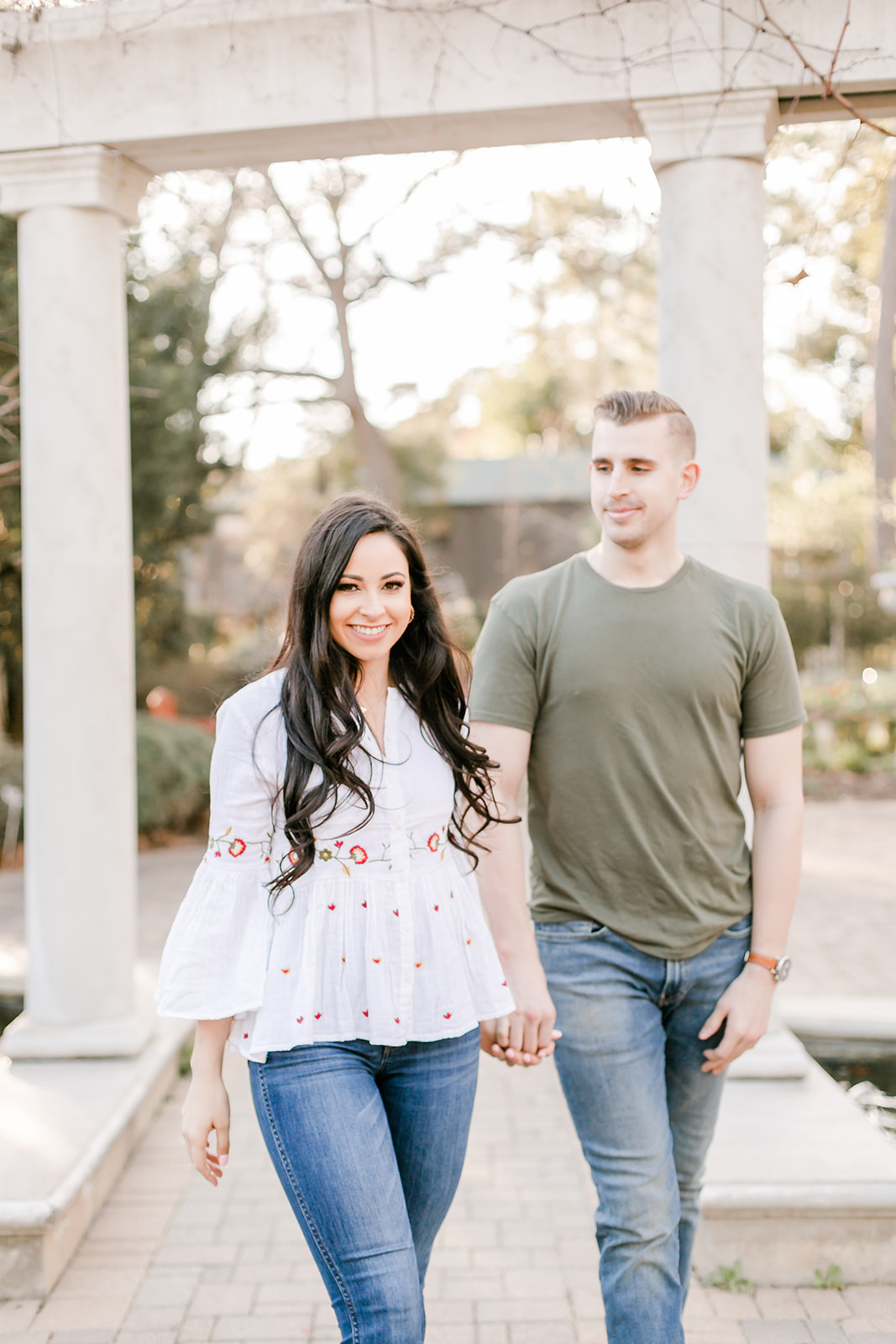 One of my teachers in high school also coached the baseball team, and Patton was a pitcher. I mentioned that I thought Patton was cute in class, and our teacher passed the hint along. Mustering up some adolescent courage, Patton messaged me on Facebook to break the ice-which went well. He asked for my number, and I promptly told him to meet me in person first. Test number one, let’s see if this kid has any stones. Well, the next day Patton came up and made the intro at my locker. After some nervous chatter and butterflies, we both decided that there might be some potential here! Patton later admitted that he thought his coach was messing with him, but once he saw me, he knew that he had to take a chance.

During a class field trip, Patton asked me out to dinner and a movie. I was a junior in high school at the time, and we’d been talking for about a week. We went to Chili’s, and I was forced to take the wheel. Patton was 16, but he was a couple months behind on the license. Talking with Patton seemed so natural, and we clicked instantly. After eating a greasy, reasonably-priced dinner, we went to go see The Lucky One. We both remember this part of the date so vividly. Patton had his arm around me, and I was leaning in towards him at a very strange angle. I was so uncomfortable, and Patton’s arm fell asleep about an hour in. Neither of us budged, both in pain – a ridiculous display of solidarity and commitment. After the movie, I drove us back to my house, and Patton became a bit weird and stiff as we walked into the garage. He stopped me before we entered the house, and got very serious. The first big question was popped, and I agreed to be his girlfriend!

The next day was prom, and I’d agreed to go with another guy as friends – hence the importance of Patton’s timing the night prior. He even got dressed-up and took pictures with me beforehand. I could tell he was special at this point. Much to the dismay of my date, I spent the whole evening texting Patton. He stayed up the entire night for me, and the rest is history.

For our 7 year anniversary, we planned a trip to Costa Rica. All of my family and friends were convinced that this was it, the moment I had been anxiously waiting for. The first day at the resort, Patton had planned an excursion for us later that evening. Our van was set to pick us up at 4:45 from the resort. I immediately noticed that something was wrong because he was anxiously pacing, and he was very worried about the driver being late (Patton has never cared about being on time, so this was odd). The driver finally showed up and off we went.

The whole time we were sitting in the car, I saw Patton take a lot of deep breaths. I was pretty sure that he was about to propose. The driver took us to a strange chain-link fence on a nearby mountain top. I was unsure where we were going, but Patton said that we were going to make a quick stop for pictures. Patton handed the driver his phone, and asked him to take a few pictures of us. After pictures, Patton dropped to one knee. The moment I had been waiting for was finally here! I noticed he was nervous and simply said: “You’re the only person I want to spend my life with. Will you marry me?” The answer was an easy yes.

A sharp gust of wind promptly blew up my dress (several times I may add)- all caught on camera. We had a few drinks and a lot of laughs that night. We both couldn’t stop smiling! Patton explained afterwards that the plan was completely derailed when our language barrier caused the driver to go off-route, but he was committed to the proposal and he wanted us to be able to celebrate for the rest of the trip. I wouldn’t have it any other way, we didn’t let imperfect circumstances steal our perfect moment.