There is something so pure and simple about the outdoors. The stillness and silence of nature brings the brief romantic feeling that you and your loved one are the only two people on the planet. We have no doubt that this couple knows exactly what that feeling is like. Not only did Corey propose to Nicole in the WG Jones Forest, they both loved the area so much that they chose it as their engagement session location as well. 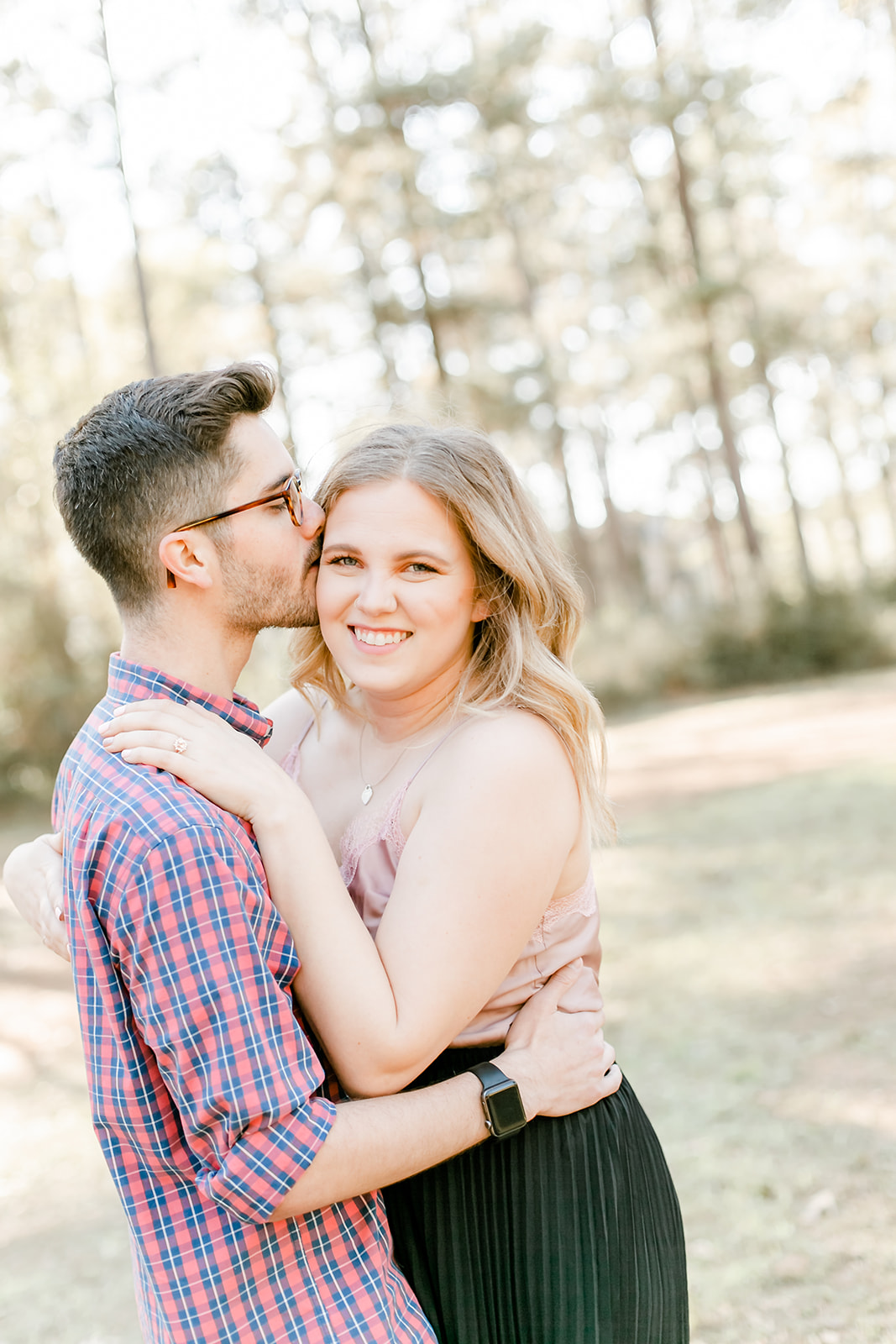 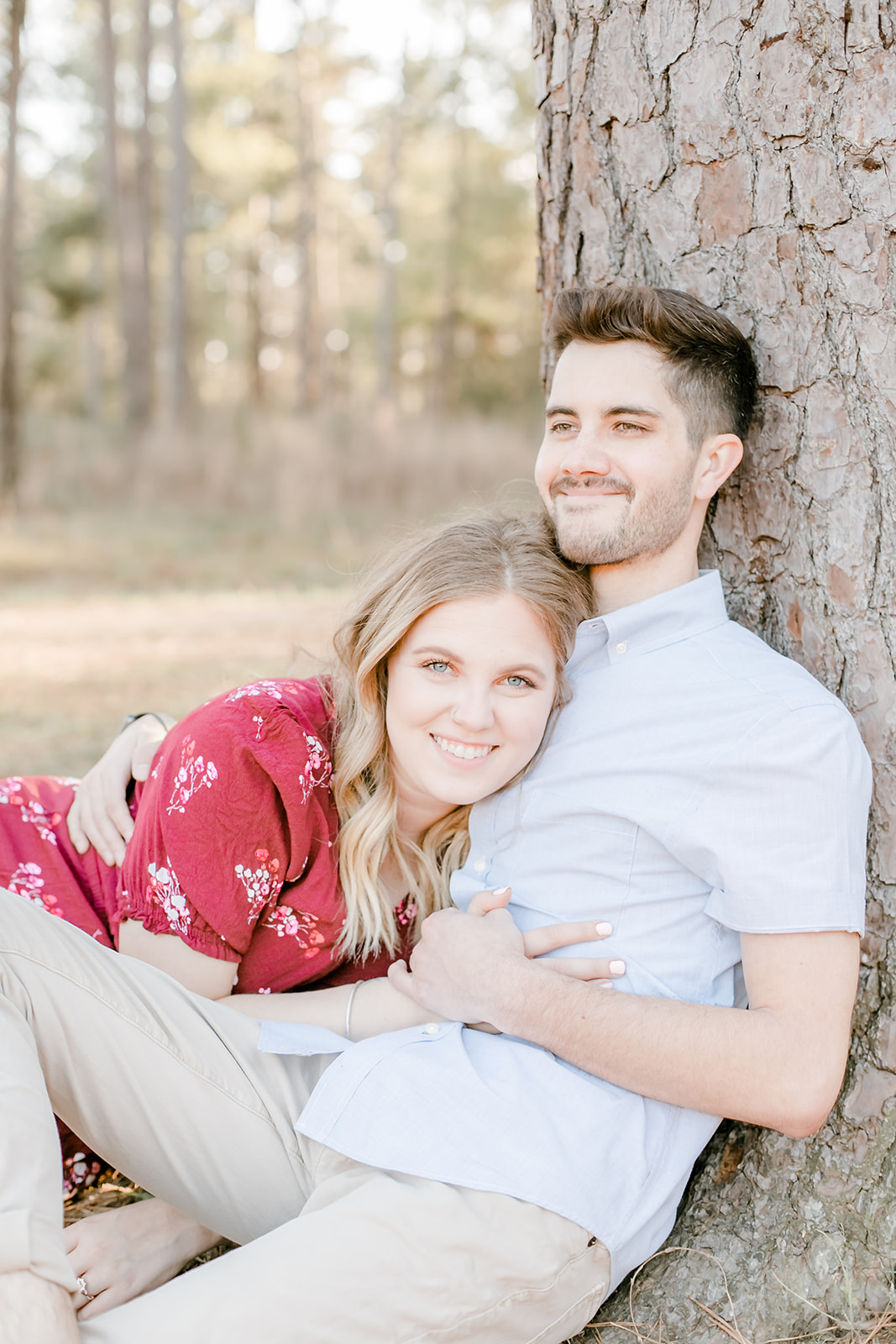 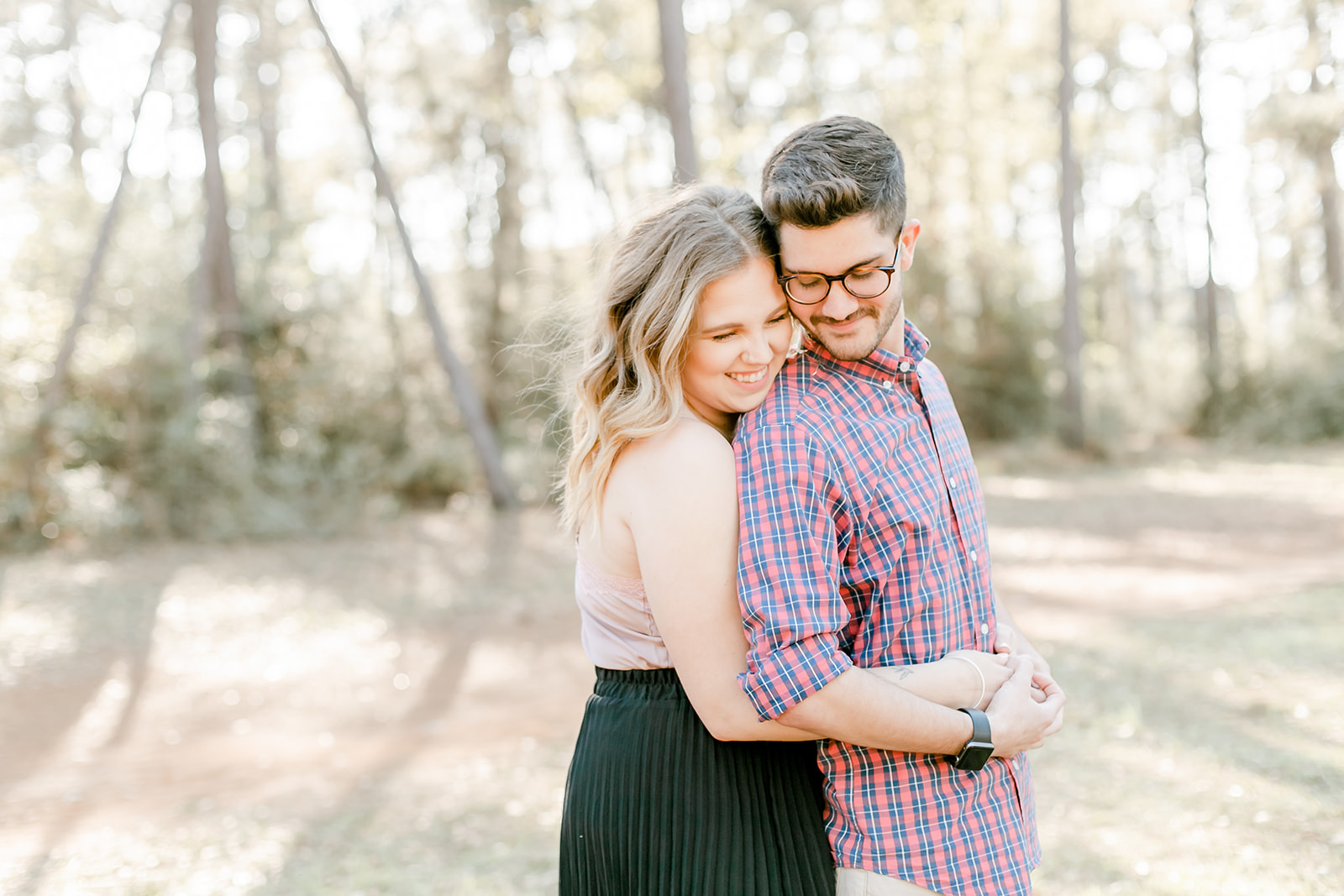 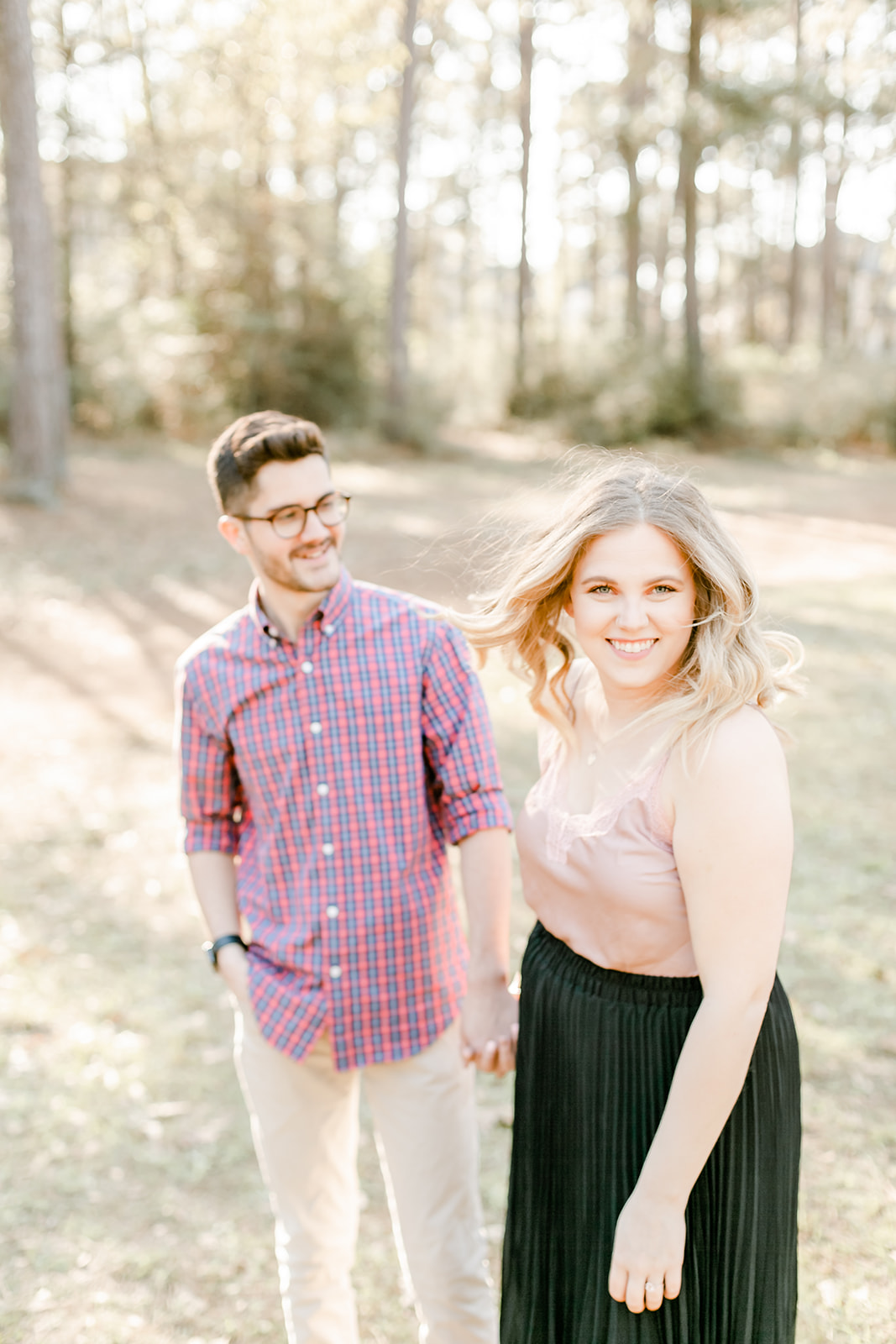 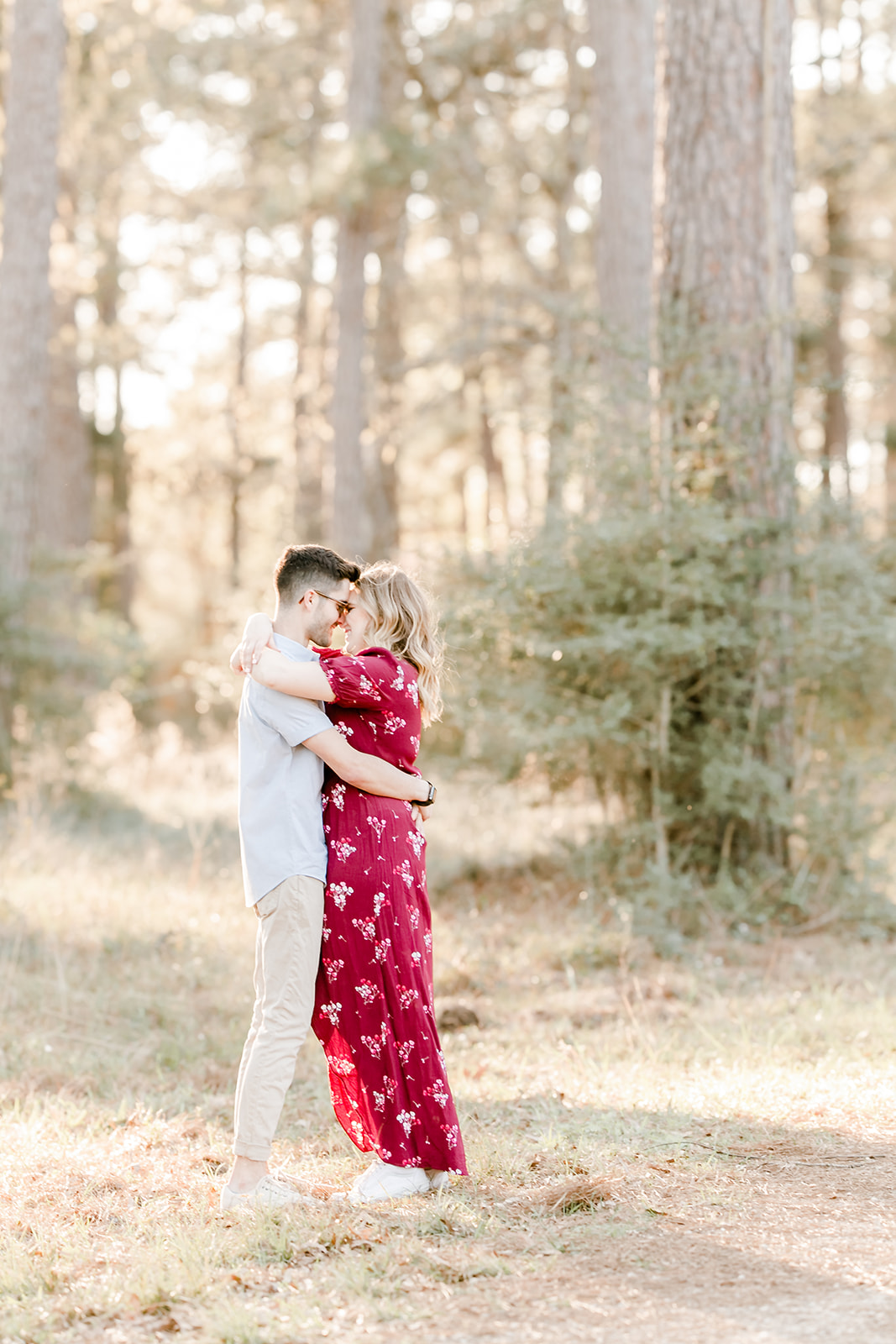 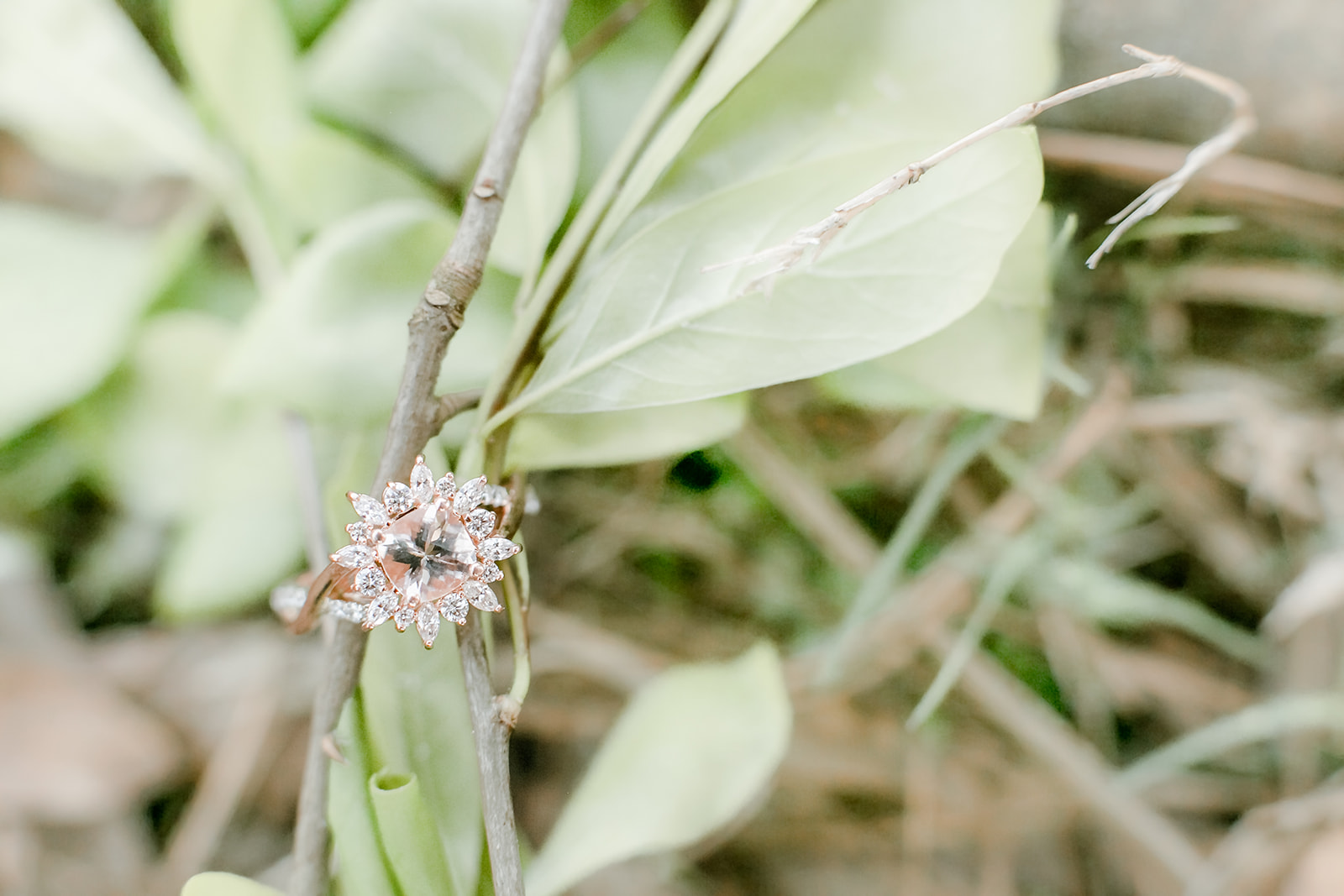 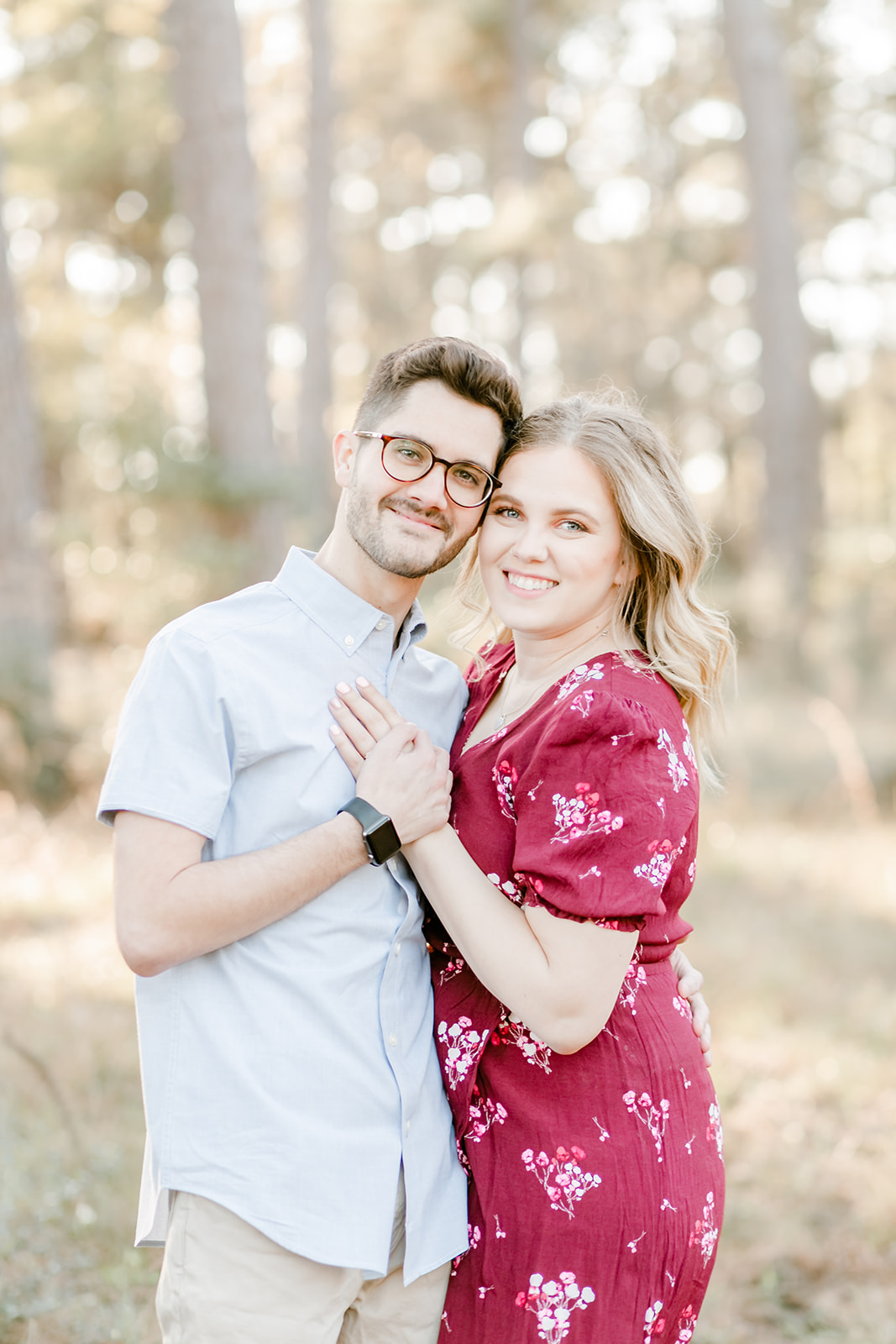 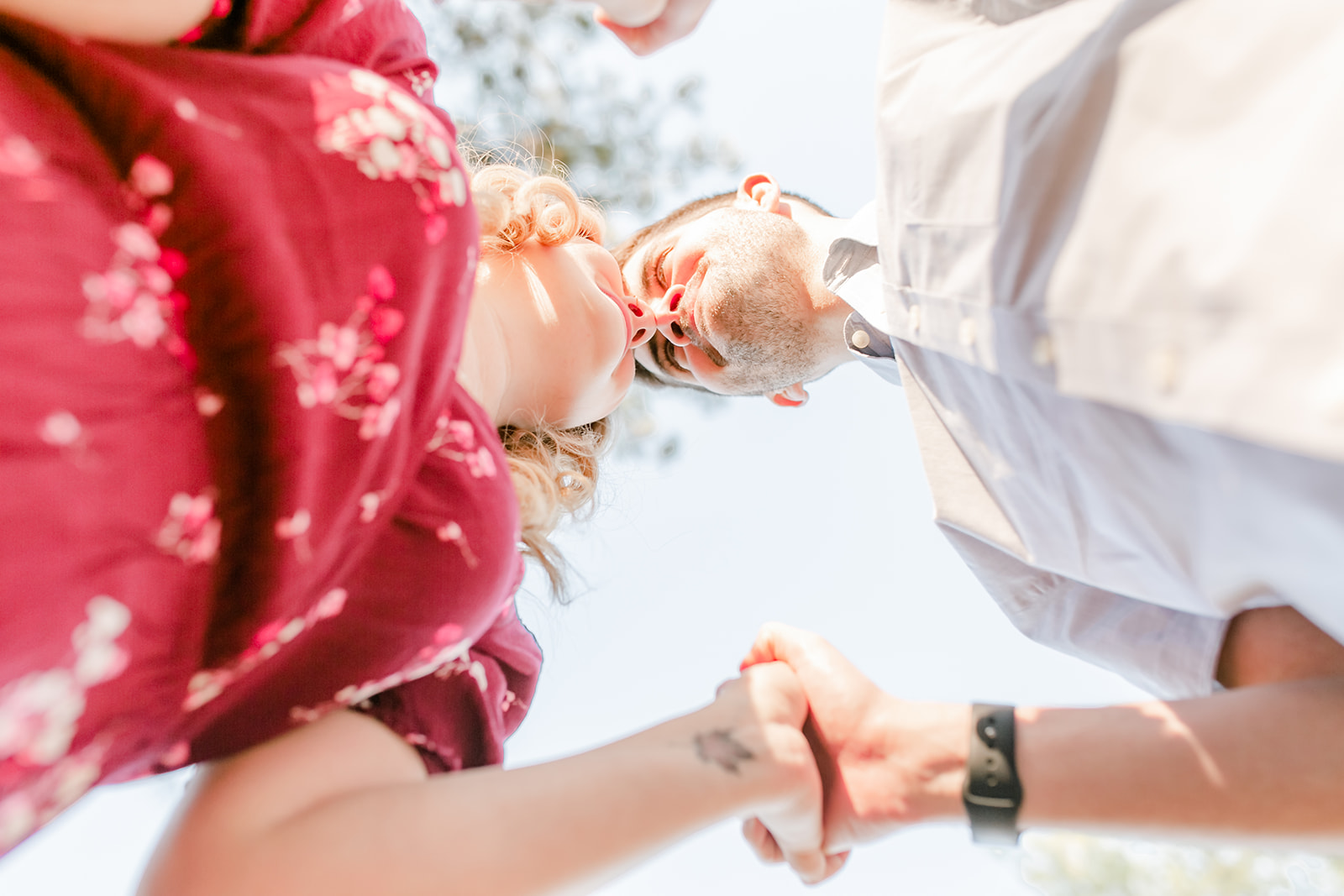 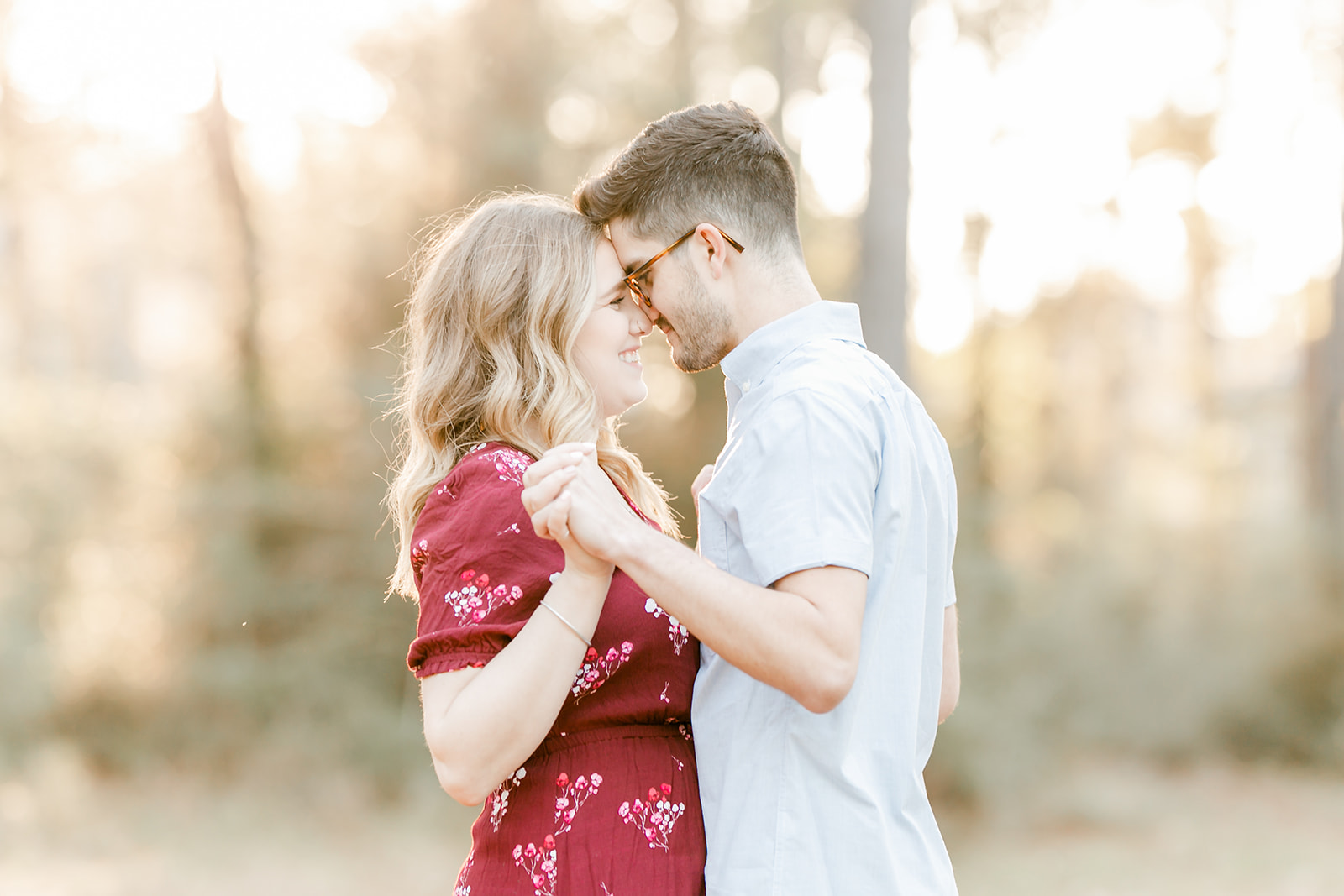 We met eight years ago while working together at our church’s cafe. We each had a crush on each other back then but nothing ever came from it. Over time, both of us quit working at the cafe and we just kind of lived our lives. Corey worked at the church and I went to Australia for school. I came home temporarily to help my sister out with her wedding and during that time, Corey and I became fast friends again. We got coffee almost as soon as I got back to the states and both of us were amazed at how different the other person was. Corey still was as attractive as ever, but I could tell his heart changed. And as Corey describes it, he knew something was special about that night.

That something was different about me too, the conversation was just so easy. He not only thought I was beautiful on the outside but he could see that I viewed myself as beautiful on the inside. We both left that night thinking we were right for each other, but we just didn’t know it yet. After that, we would church hop every weekend and just honestly get to know each other, with no intention of taking things further than just friends. Then one day, we just started texting and we just never stopped. Now we are here preparing to not only get married, but build a life together!!

That morning I woke up thinking it was just another day. Corey and I had the day off so we planned on reading at one of my favorite coffee shops downtown and then head to a state forest he had been wanting to check out before heading to a party we had RSVP’d to that evening. He picked me up and we headed off to Tout Suite! As we were driving, I could feel nervous energy in the car and kept asking him if he was nervous about driving. Little did I know the nerves had nothing to do with his driving! As I sat at our table, looking out of the window at the rainfall with my book in hand and Corey across from me, I remember thinking ‘I don’t think this day could get any better.”

After about two and a half hours we headed back for our walk but the rain was coming down pretty hard! We had this party to be at and I could not get my hair wet! I questioned often if we should still go but Corey was so excited to explore this state forest so I thought “Okay fine, I’ll throw him a bone.” Before I knew it, I had my Adidas shorts on, rain jacket zipped all the way up with the hood completely covering my perfectly dry hair (remember we had a party to be at after!!!) and was walking through WG JonesState Forest as the Rain. Started. To. POUR!!! After about 10 minutes of walking (we ran into the cutest little dear and its fawn), Corey led me to this open area overlooking a small lake.

As the rain soaked us to the bone, he grabbed my hands and began saying he had something he’d been meaning to tell me. He said that he had talked with God and God gave him a yes. He talked to some of our closest friends and they said yes. He also asked his parents who also said yes… Now can I be completely honest? At this point, I thought he was about to tell me he was moving, or buy a new car LOL!!! It was then that he explained while I was at camp over the summer, he asked my parents for their permission to marry me to which they said absolutely yes! As soon as he said that, I realized what was happening. Corey then got down on his knee, held the ring I had designed on a small piece of paper over a year ago and as we both cried, he asked me to marry him!!! As we both cried together, I was finally able to blurt out a massive yes!

The ring is a 2 tone rose and white gold ring. Morganite cushion cut center with a halo with round and marquise diamonds. Cross cross design on the side with small round diamonds.