Ashley and Tiana met through a passion for true crime, FaceTiming and getting to know one another before finally meeting. It was love at first sight and the two got engaged in Salem, MA a year later. 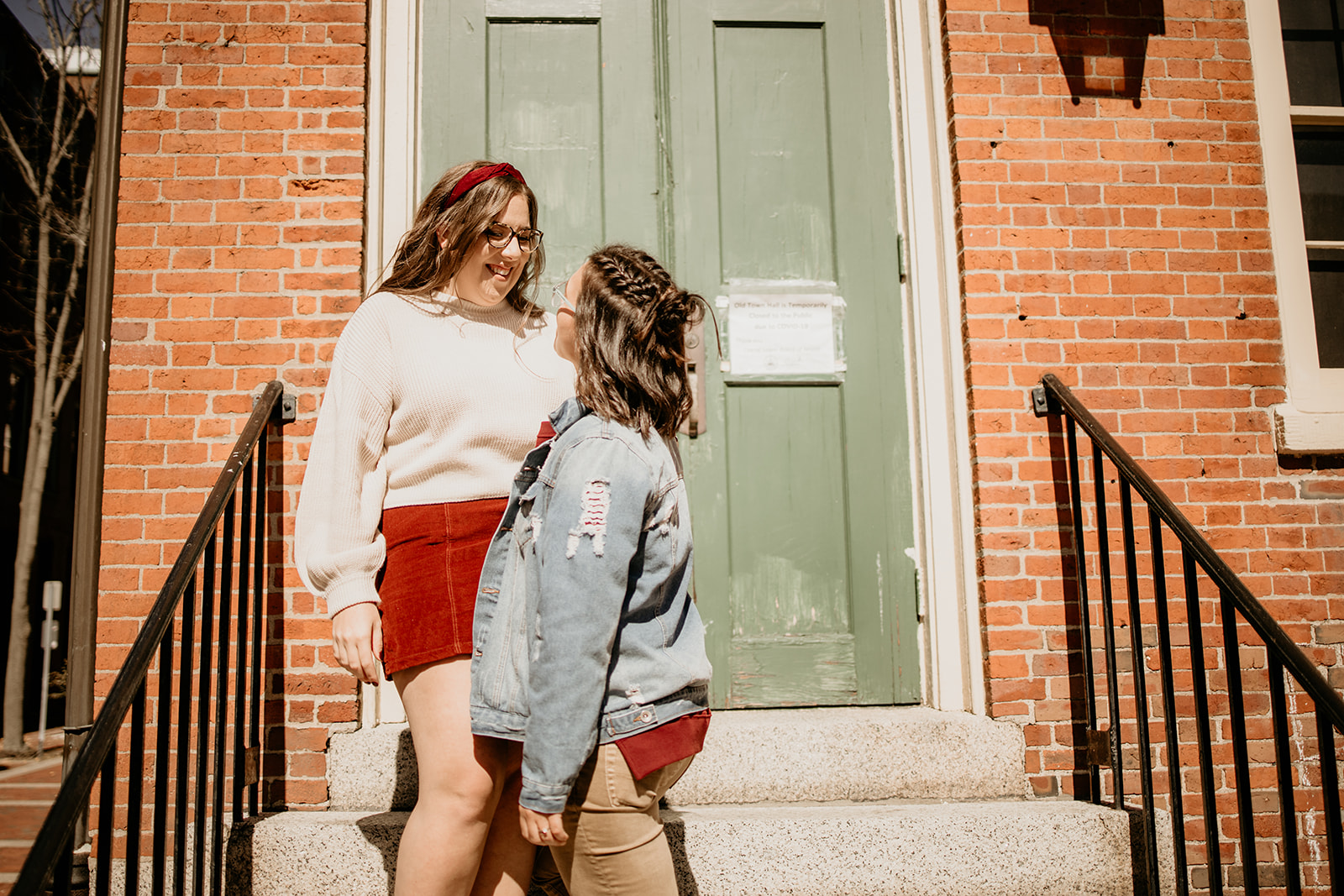 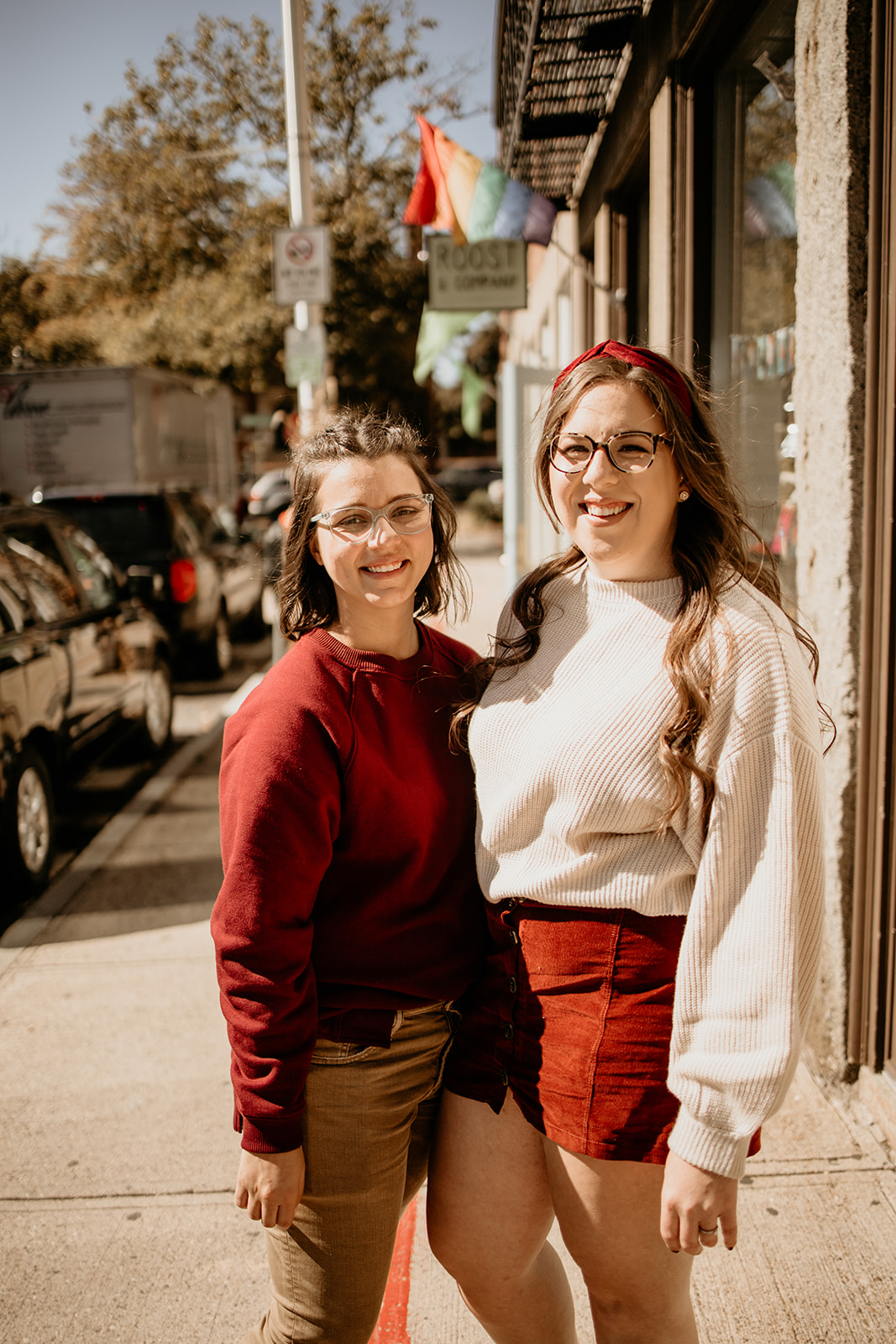 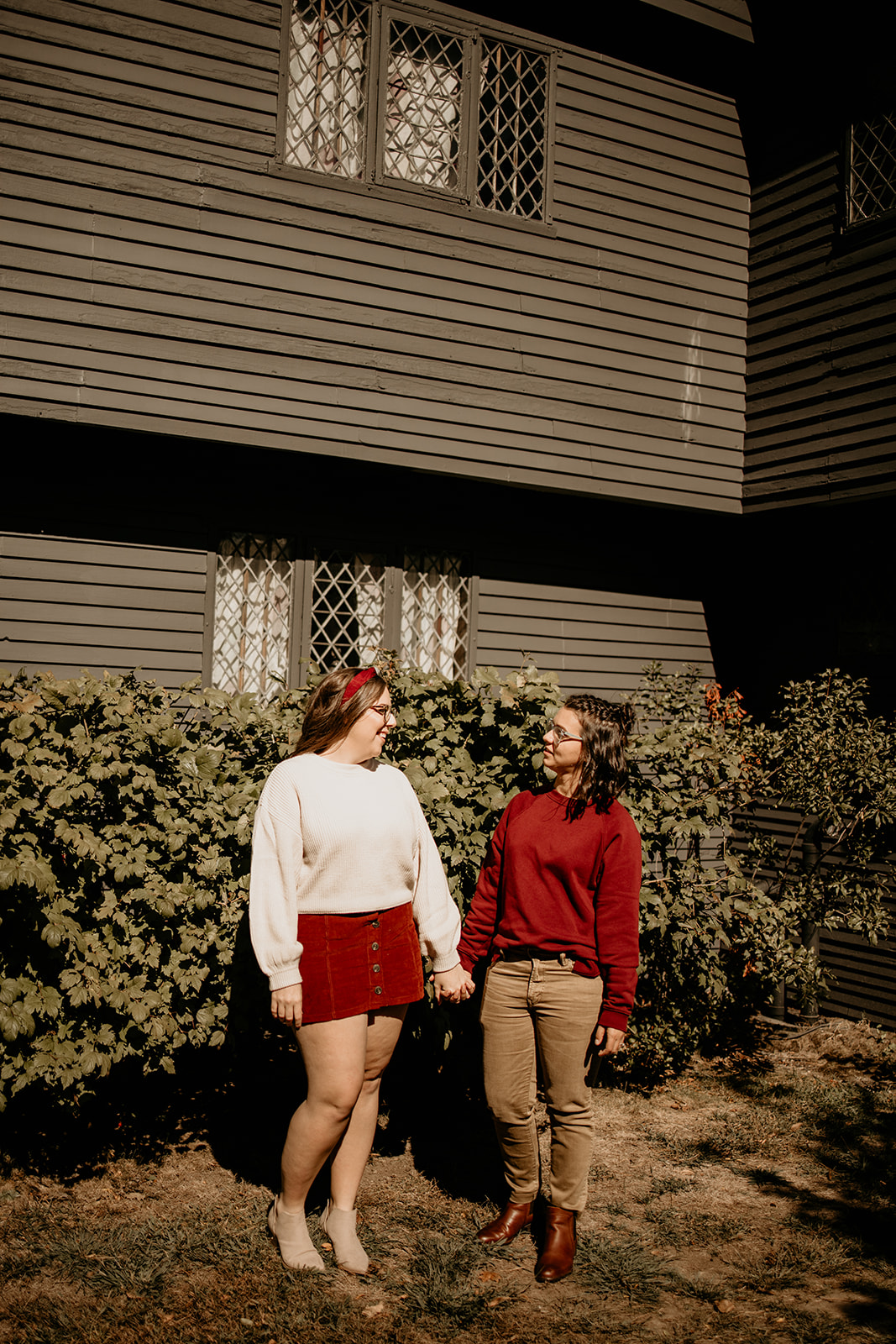 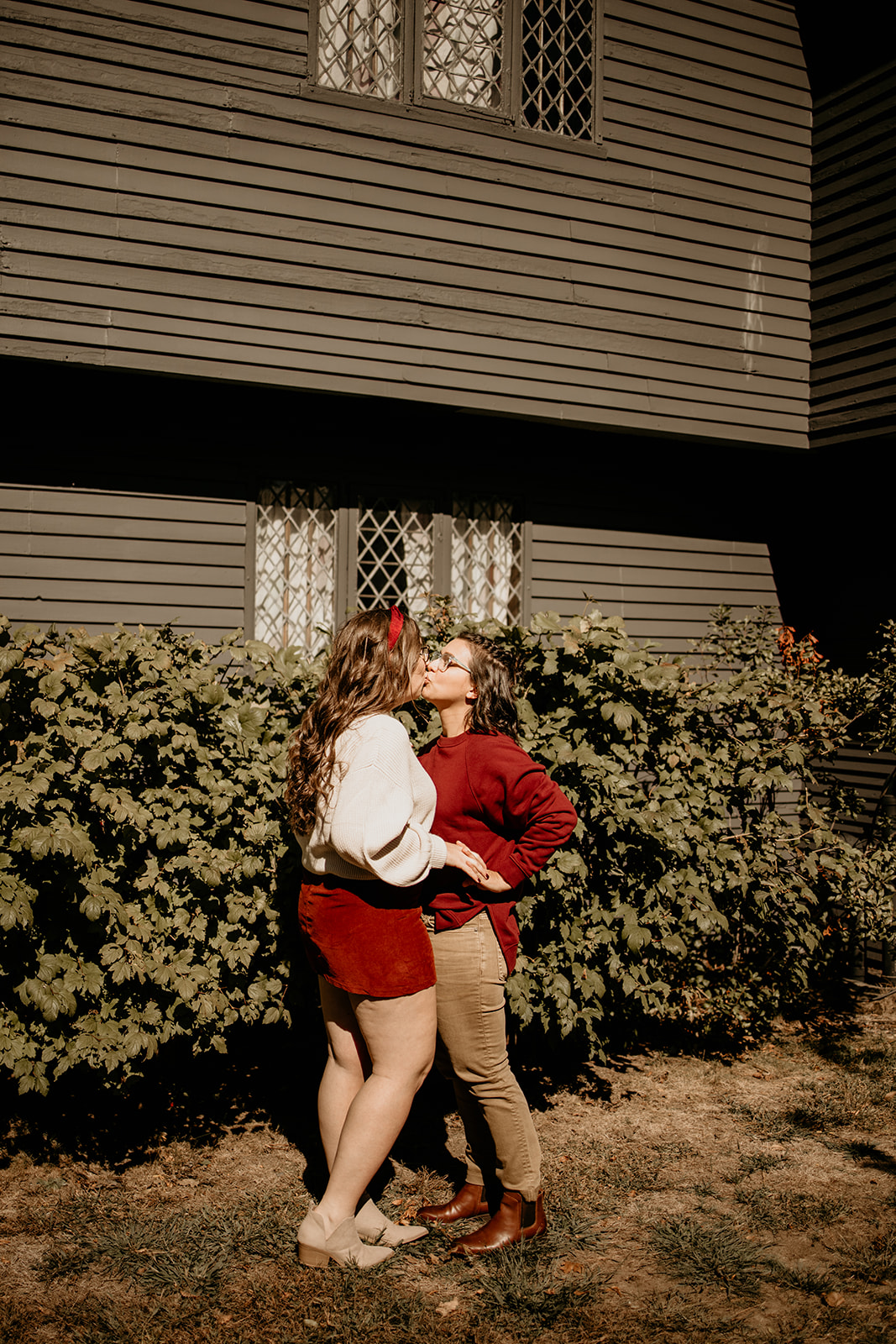 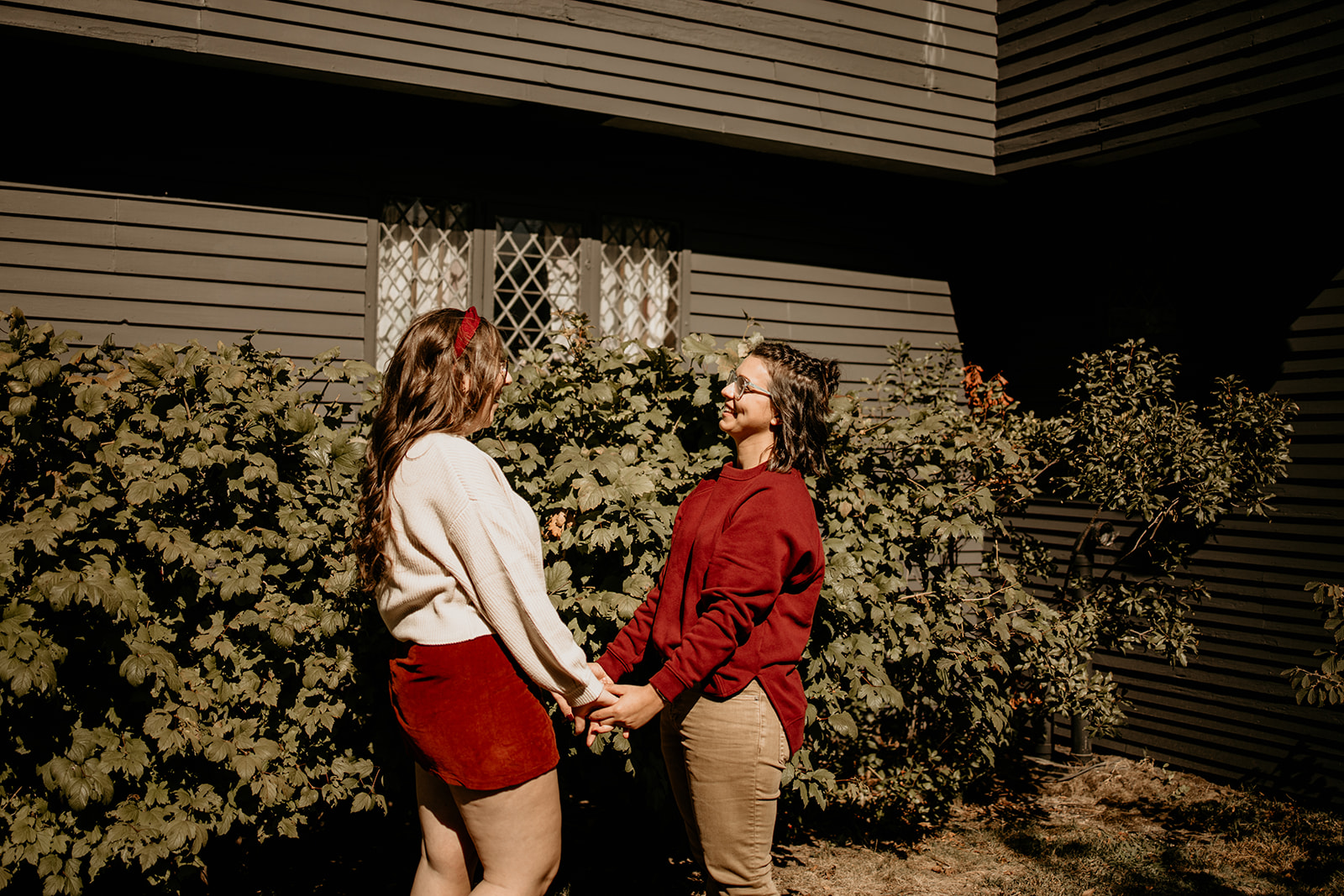 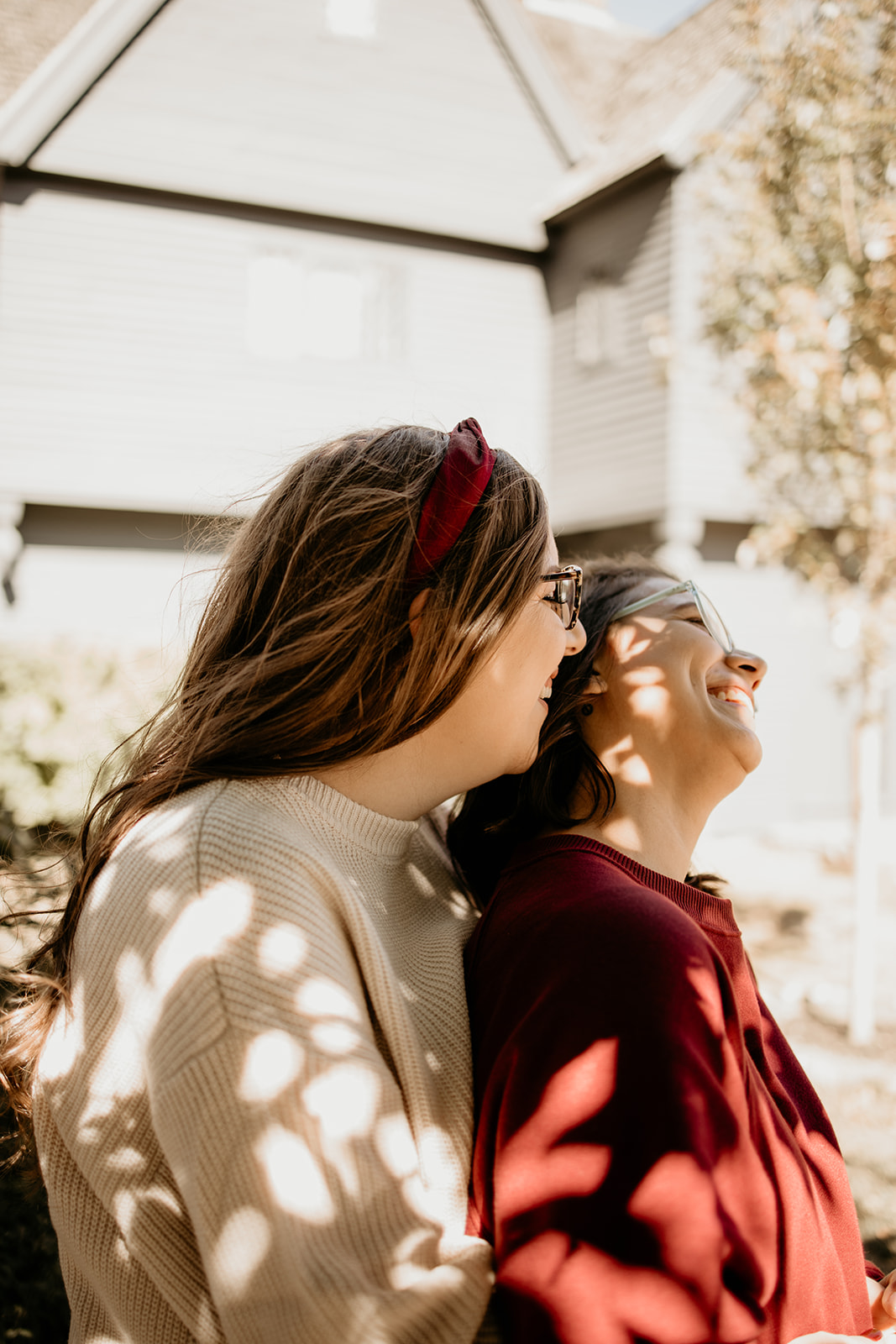 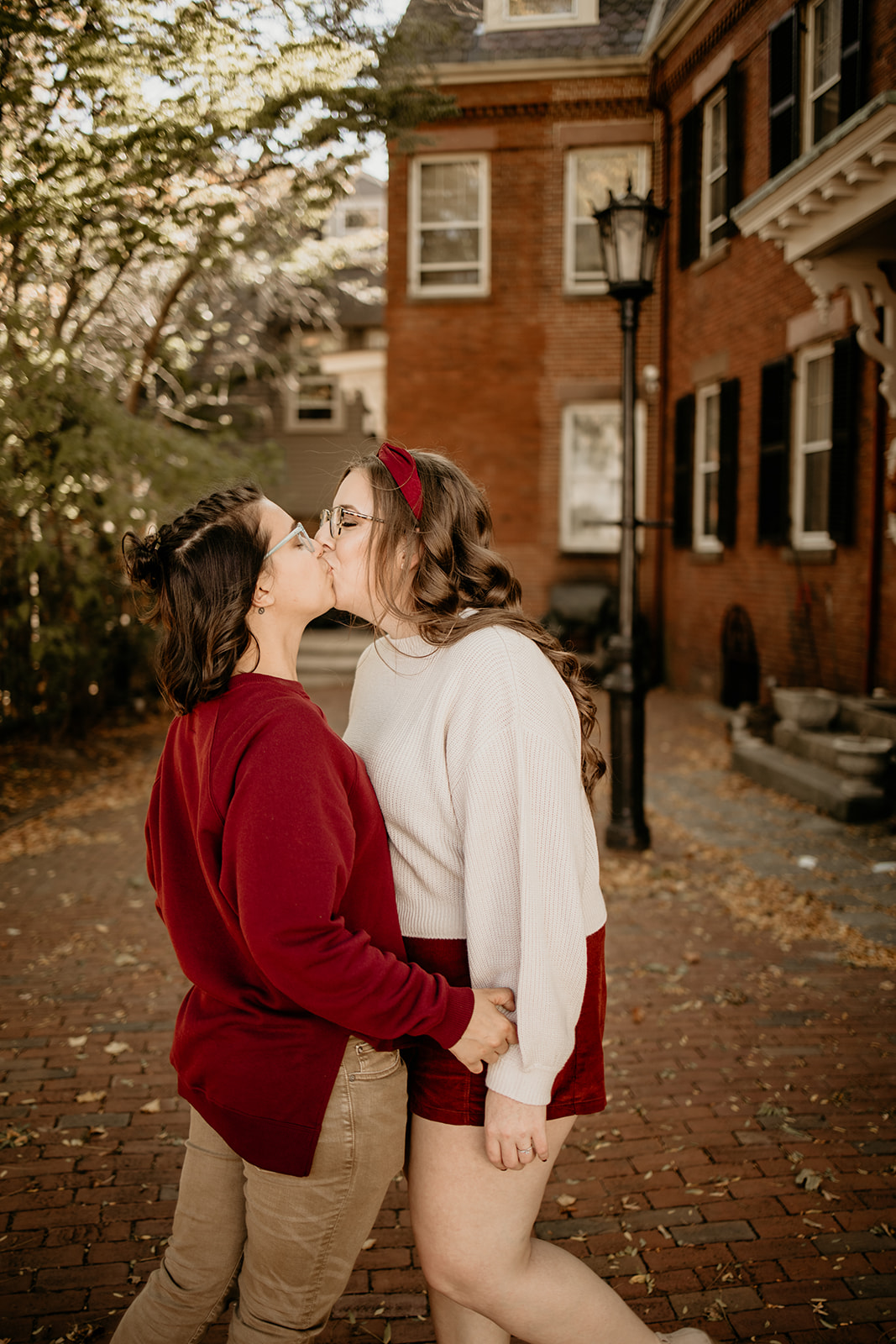 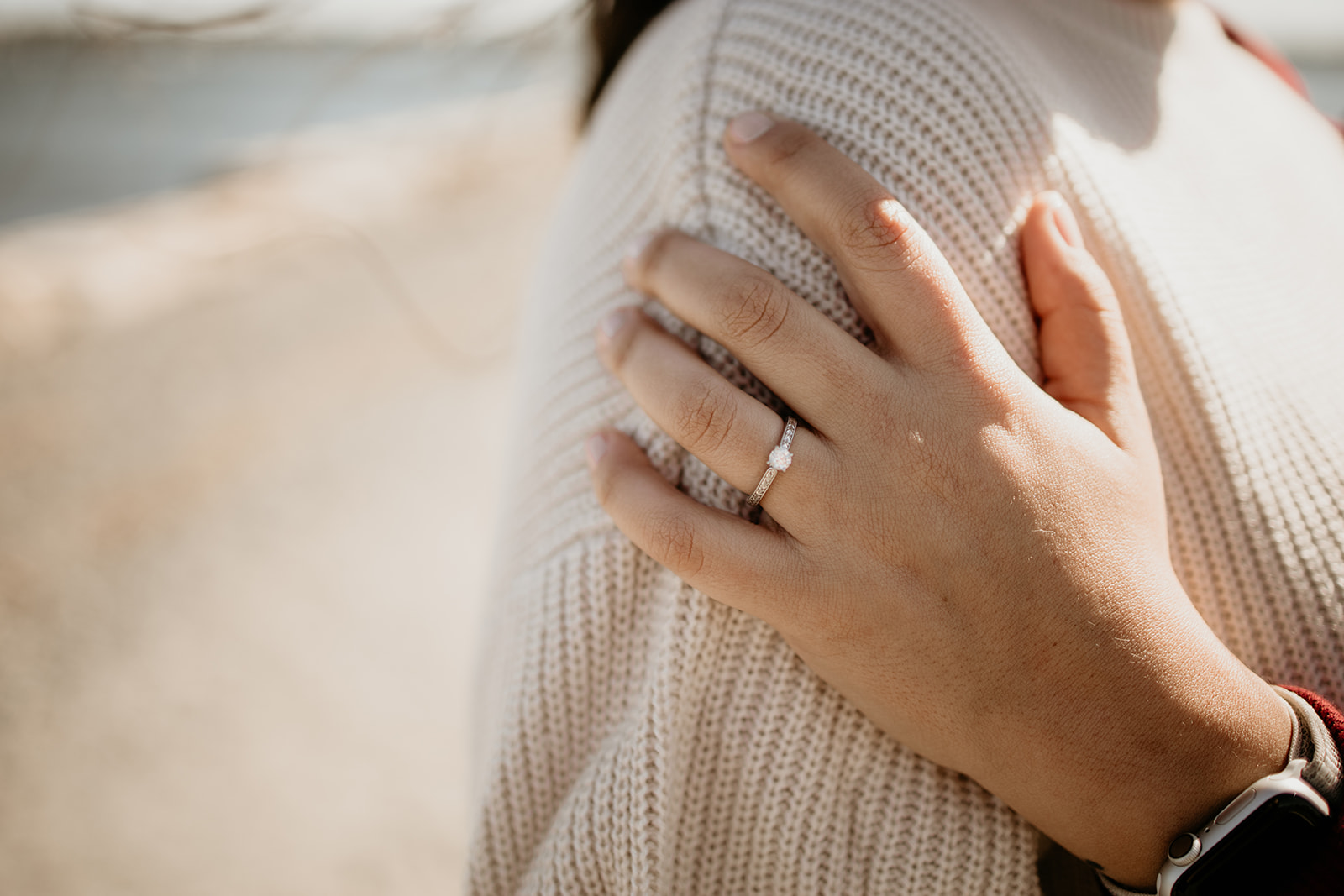 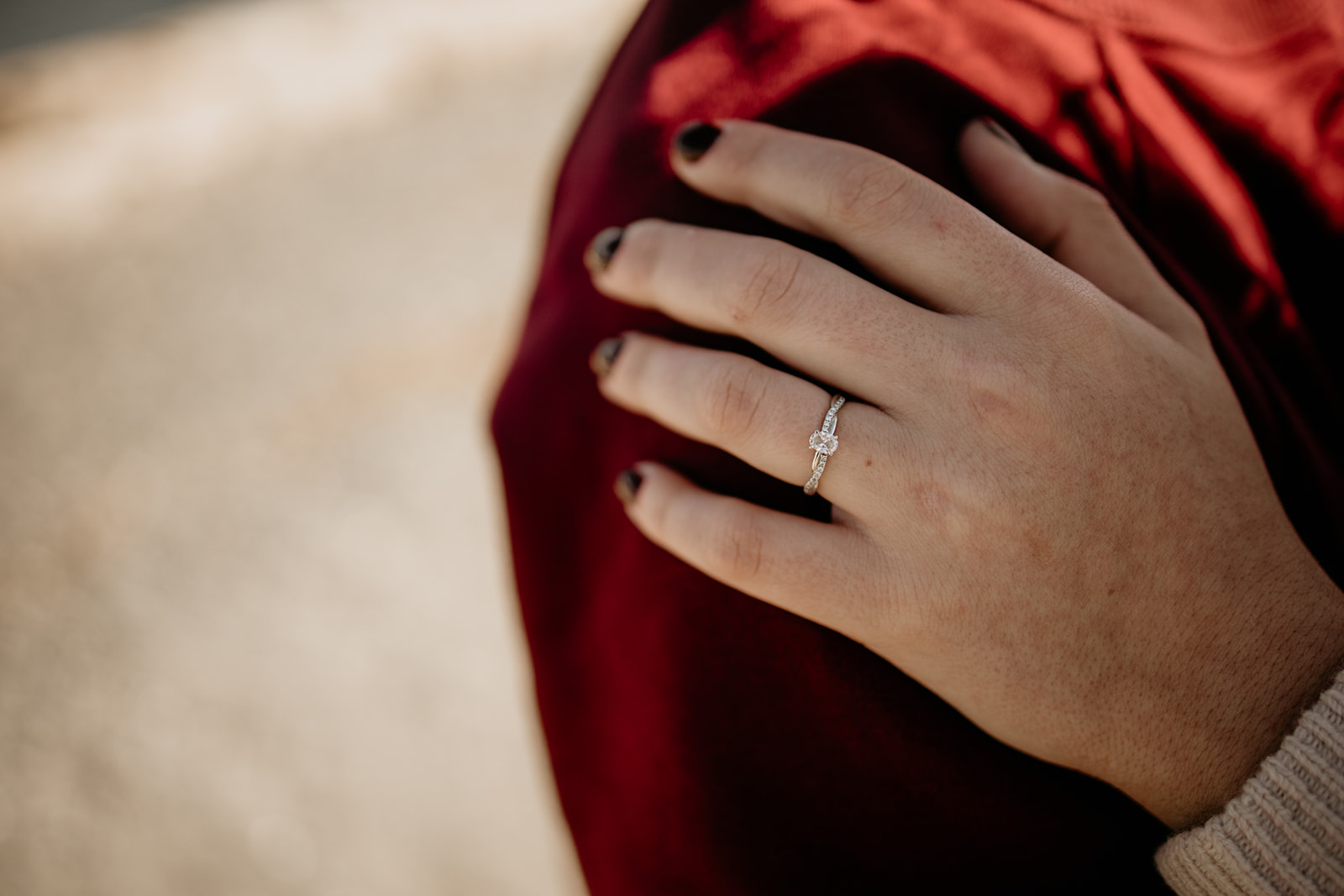 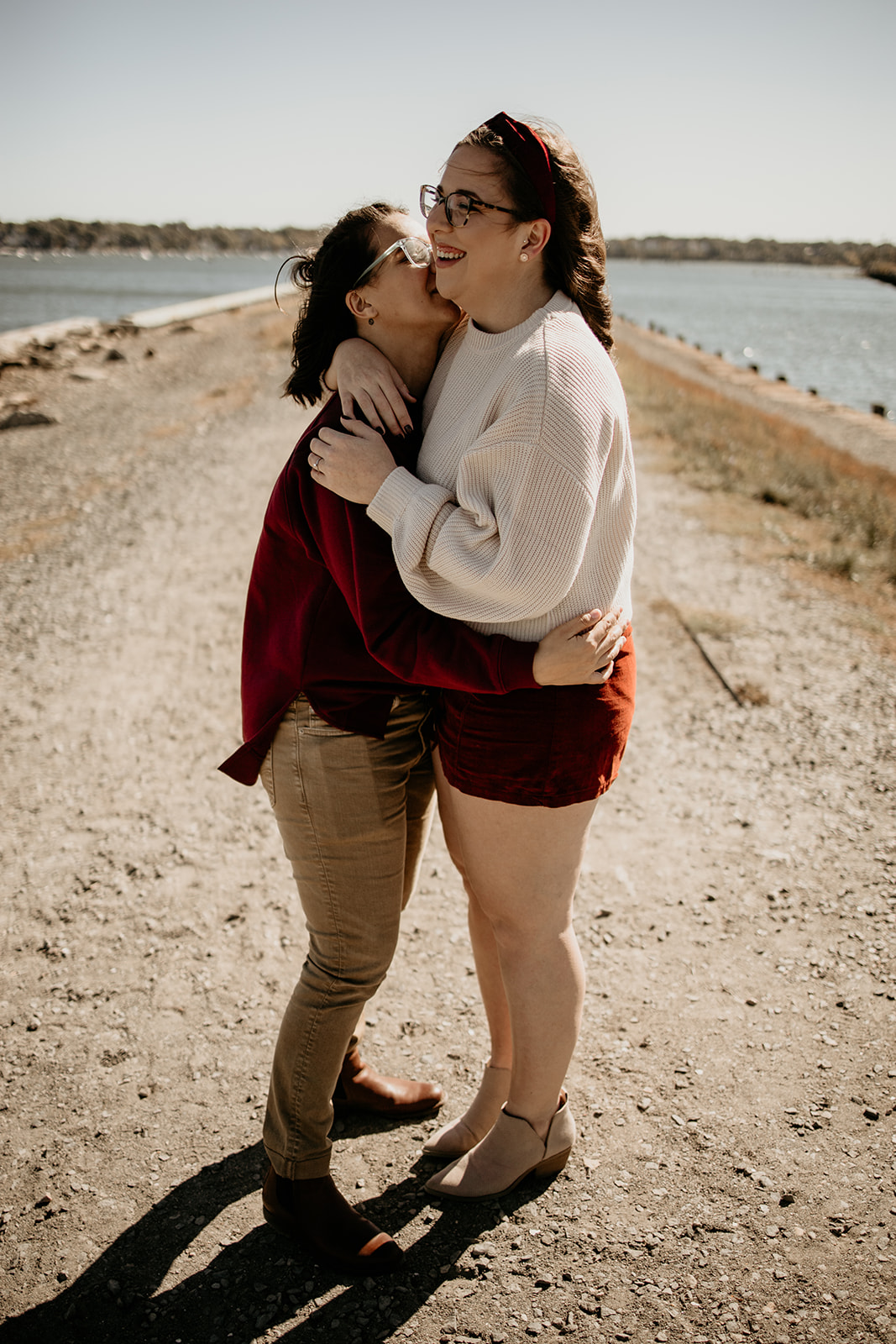 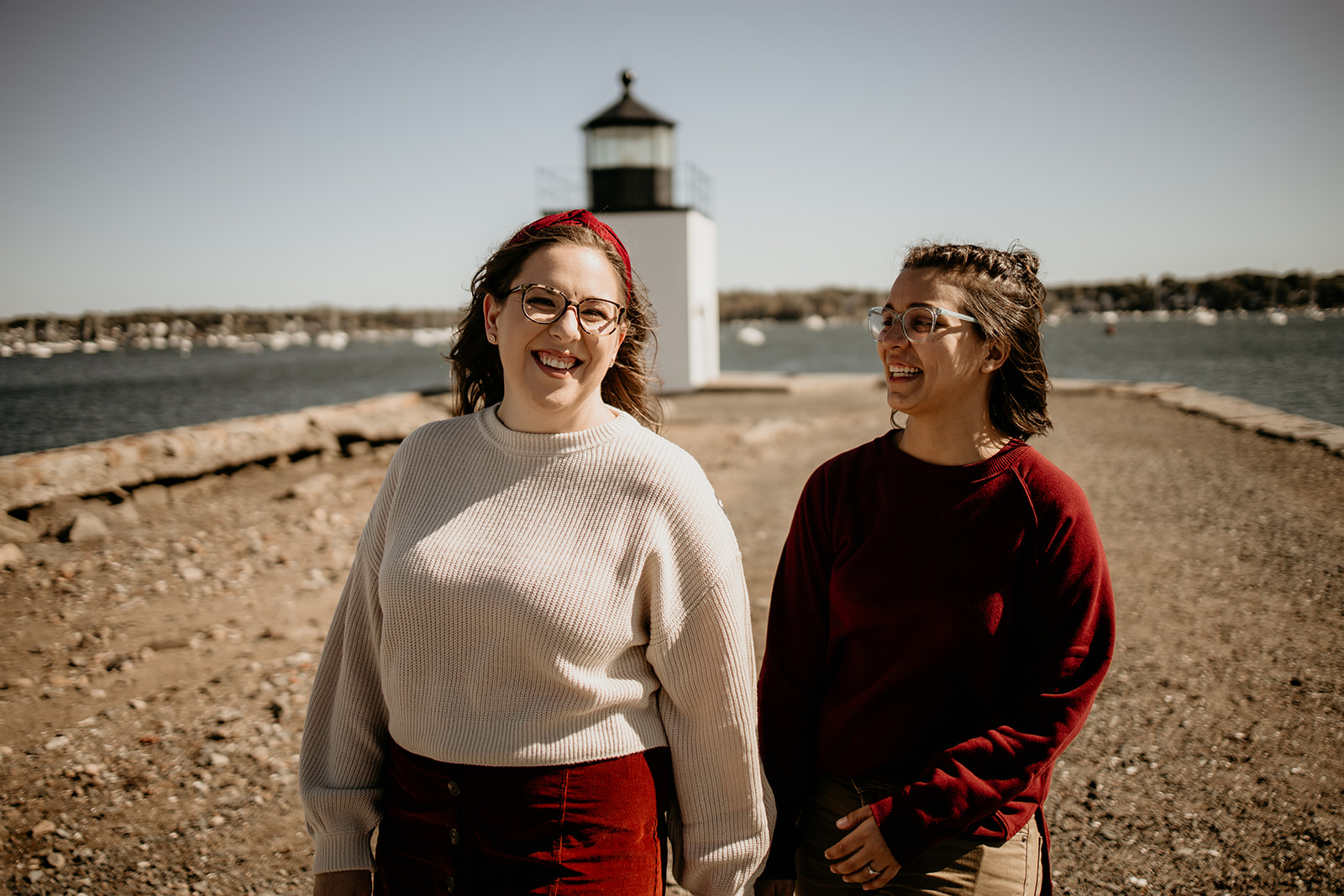 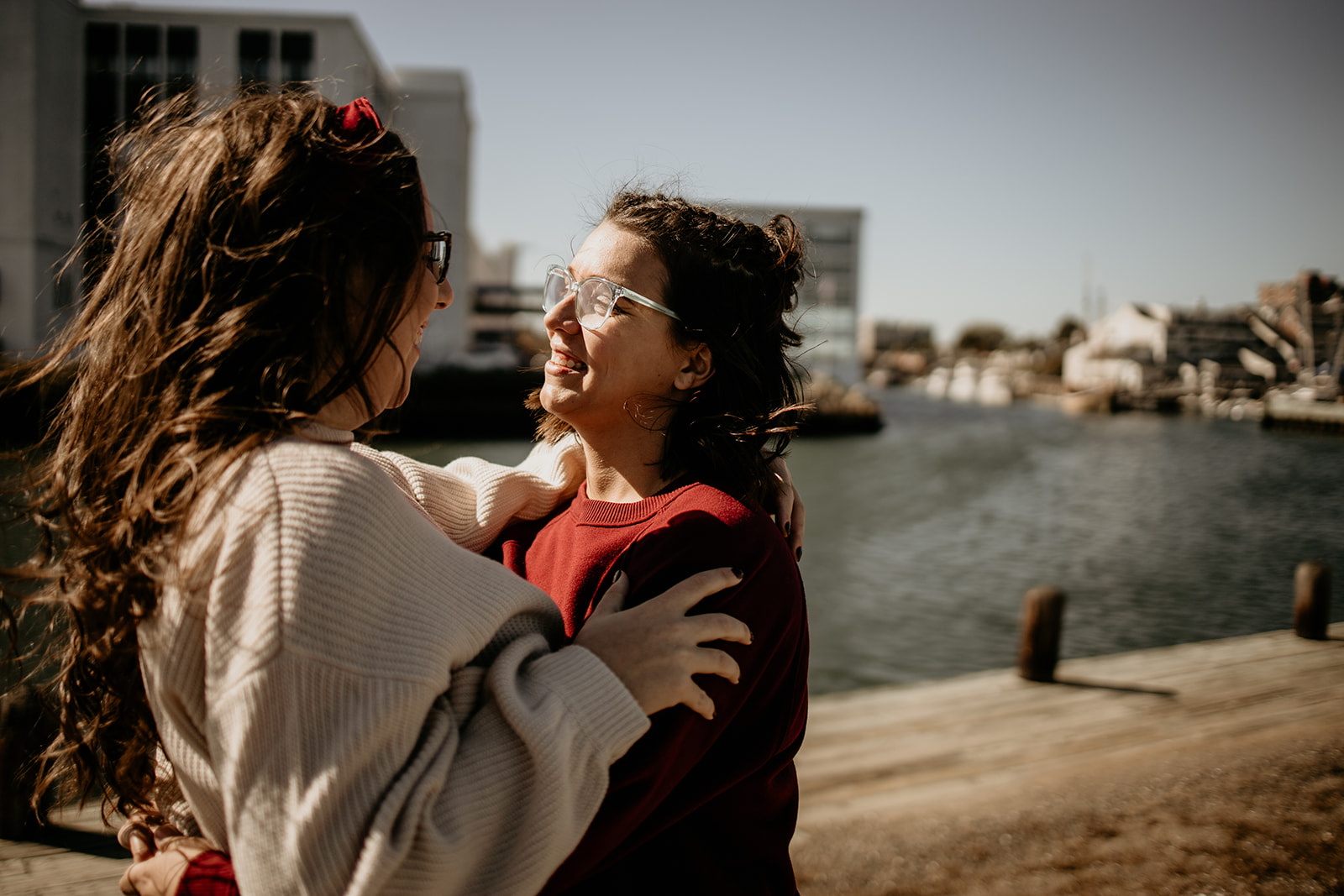 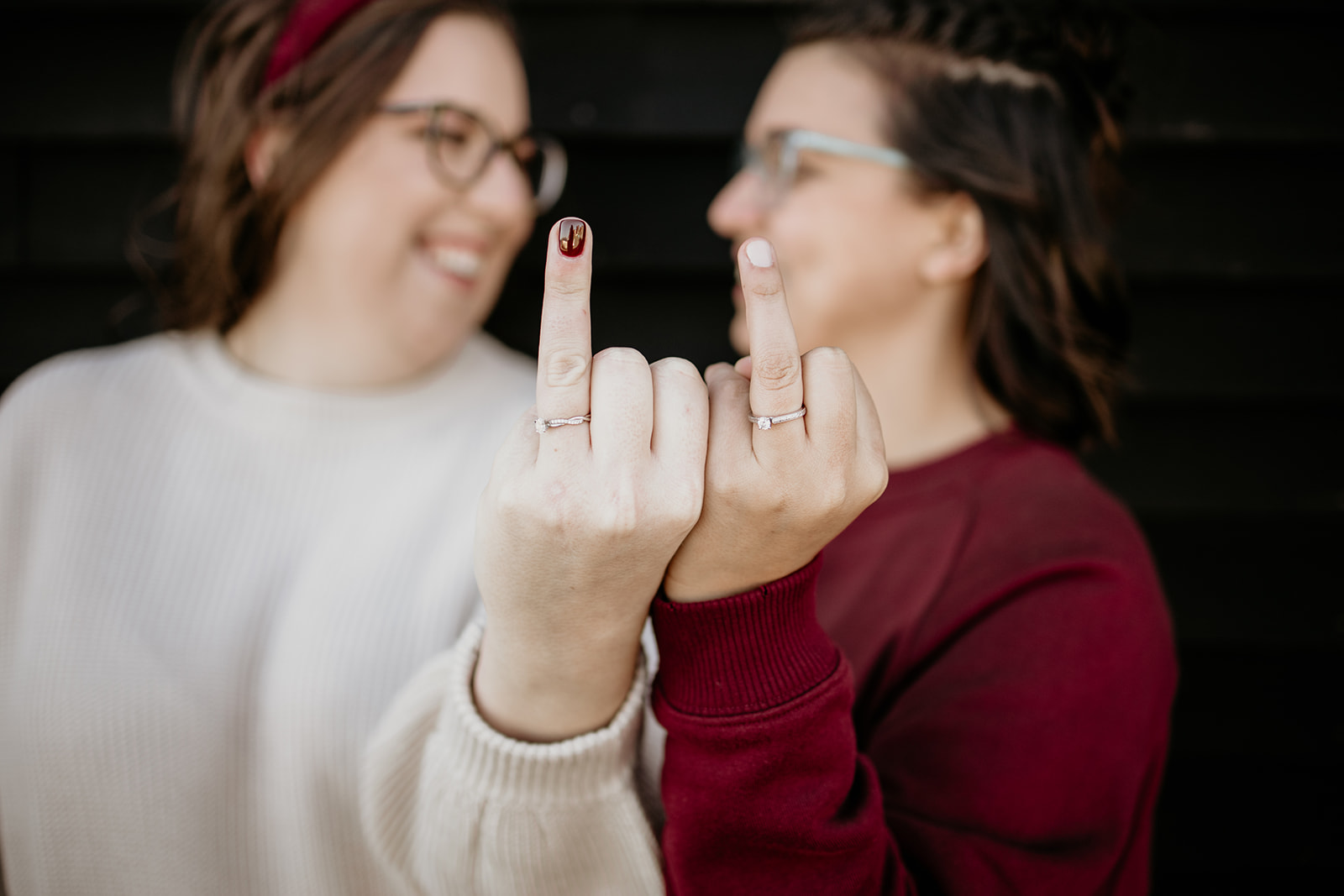 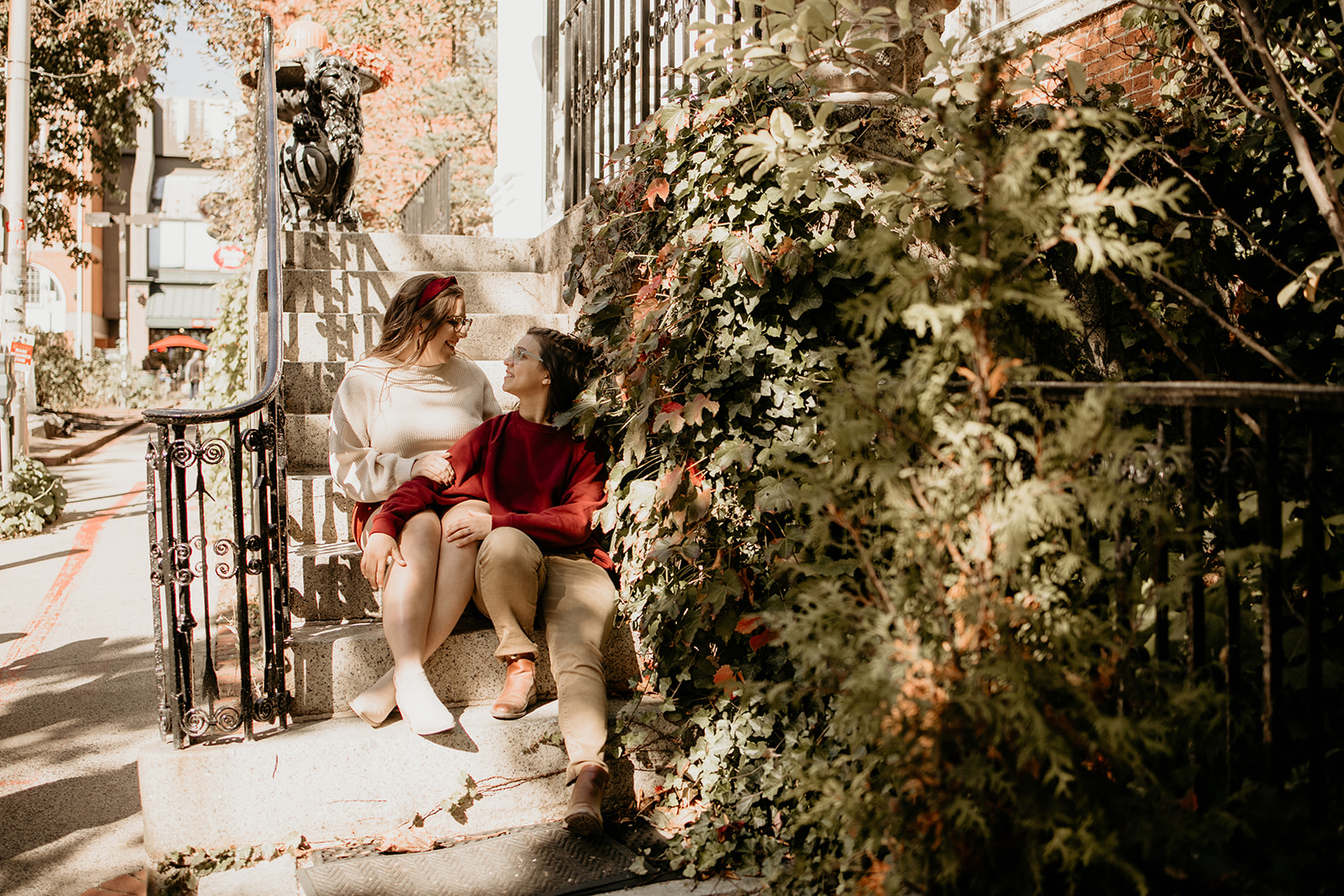 Ashley: We met via Facebook because of a podcast. Someone had created a spin-off group for singles. In the group, someone made a thread to help people interact, you have to post a photo in the comments and people would like the picture if they were interested then you could send them a message. Honestly, I wasn’t looking for anybody but thought “what could it hurt?” Tiana not only liked my picture but sent me a message. I didn’t answer right away, but when I did, there was an instant connection. I pulled a corny pick up line and got her number. We texted every day for like a week before I asked her to FaceTime. I fell asleep during the second FaceTime call and she didn’t hang up, we started sleeping on FaceTime after that. We had our first official date a few weeks later, on Superbowl weekend. When I got to see her in person, I knew she was going to be something special. We spent the whole weekend together. About a week later, she sent me a package with a bunch of my favorite snacks and notes with puns on them. There were also cookies that read out “Will you be my girlfriend” I said yes and the rest is history.

Tiana: We met through a Facebook group for a paranormal/true crime podcast we both like (shoutout to And That’s Why We Drink) in January of 2019. We talked and face-timed for a couple weeks until we decided to meet. Ashley was from New York and I’m from Massachusetts, so I made the 2.5 hour drive and we had our first date, which lasted 72 hours. On February 10th, I mailed Ashley a box of items with puns on them and six heart-shaped cookies that read “Will you be my girlfriend?”. She of course said yes and we became official on February 13th, 2019.

Ashley: I purchased a ring in August, planning a September proposal. Unfortunately, I got sick and had to change my plans. We were planning a weekend in Salem and I knew that was the place. Tiana was a little suspicious, she kept asking me if she should get her nails done. I had the ring in my jacket pocket and had to make sure that Tiana didn’t walk on that side or stick her hands in my pocket. Around 5:00, we were waiting in line at the Witch House and when it was our turn to take a photo I told the group behind us I was going to propose and they offered to take a video instead of just a picture. I was nervous because of all the people around but it wound up being perfect. I was a little nervous that I was going to drop the ring but I didn’t and she said yes!

Tiana: There was a proposal that came on October 5, 2019. Since Ashley and I are such big fans of Fall and all things spooky, it only made sense that on one of the weekends she visited we took a day trip to Salem, MA. We spent all day eating, drinking, and site seeing. Every place we stopped I had this giddy voice in the back of my head saying “Is this where it’s going to happen?!”. Finally around 5 PM, we stopped to take a picture in front of the famous Witch House. Right in front, as we were posing for a photo in front of so many people, Ashley got down on one knee. She was very nervous and was only able to get out the words “Will you marry me?”, but it was perfect! I of course said yes and a month later Ashley moved to Massachusetts.

Both of our rings are from Bluenile.com. Tiana’s band is a Silver infinity band with little diamonds intertwined. Her diamond is so clear and an Oval cut. Her only two requests where the color and the cut of the diamond (Ashley nailed both!). Ashley picked out her own ring. Its silver with a single round diamond. The band is vintage style with a simple engraved design.

Our wedding is October 10, 2021 and we are in full swing planning mode. We wanted to lock down all our big vendors early on because of all the weddings being rescheduled to 2021 because of Covid. We’re now working on the small details such as décor and our first dance song (which we finally JUST agreed on). We’re proceeding normally with planning and fingers crossed we’ll be able to have the wedding of our dreams in the fall!