New York natives, Jennaca and Zac, featured two perfect locations for their engagement session with Lauren Victoria Photography. The first being the couple’s choice, Leaf & Bean Co., the spot where Zac popped the big question. The second location was a favorite of the photographer’s, a vast sunflower field that she regularly passed on her daily commute, and the photos turned out exactly like how she had imagined. 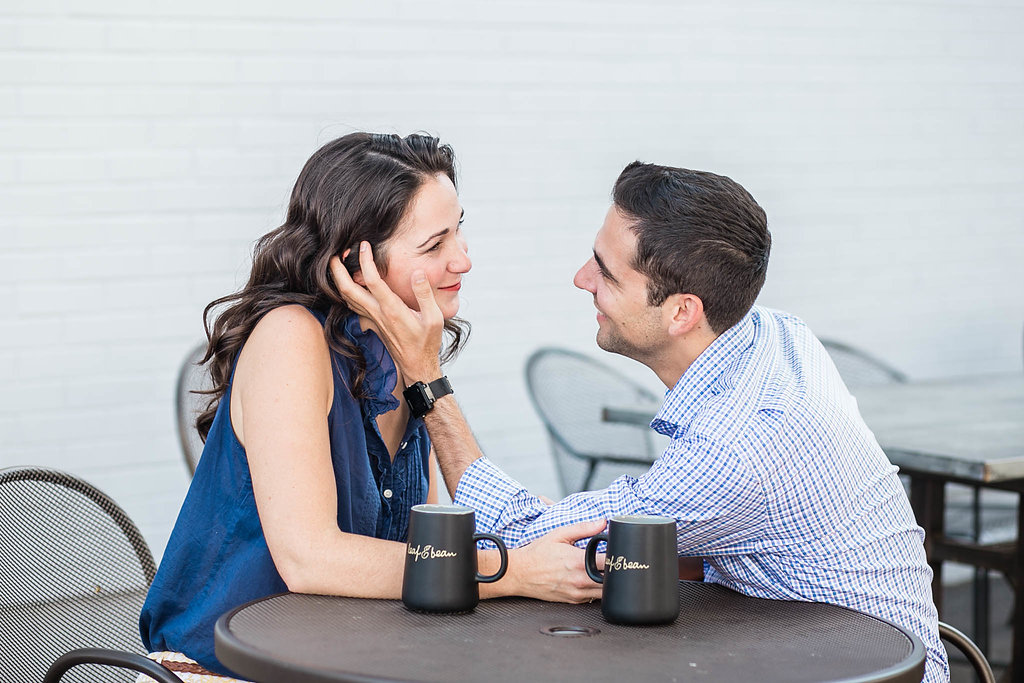 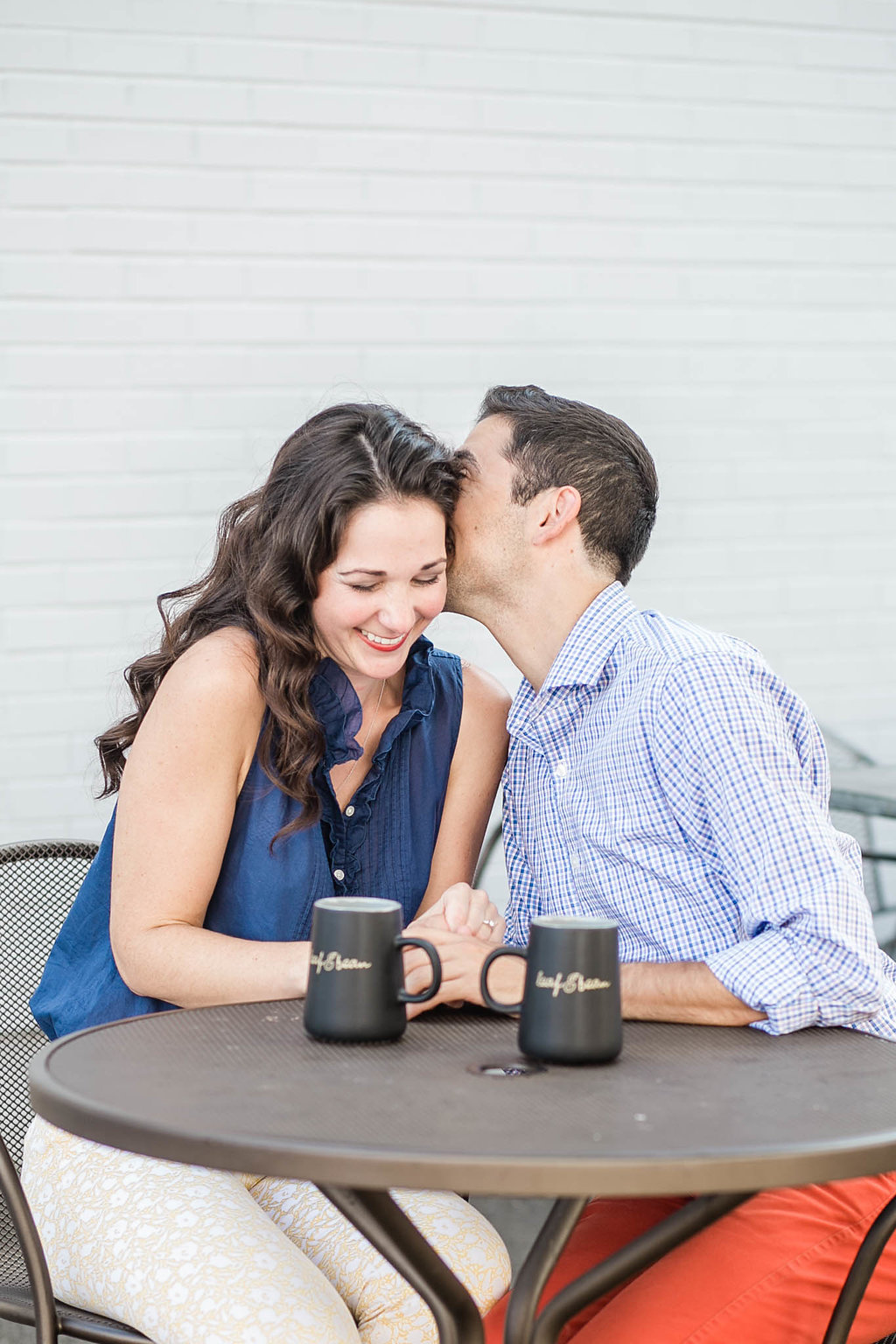 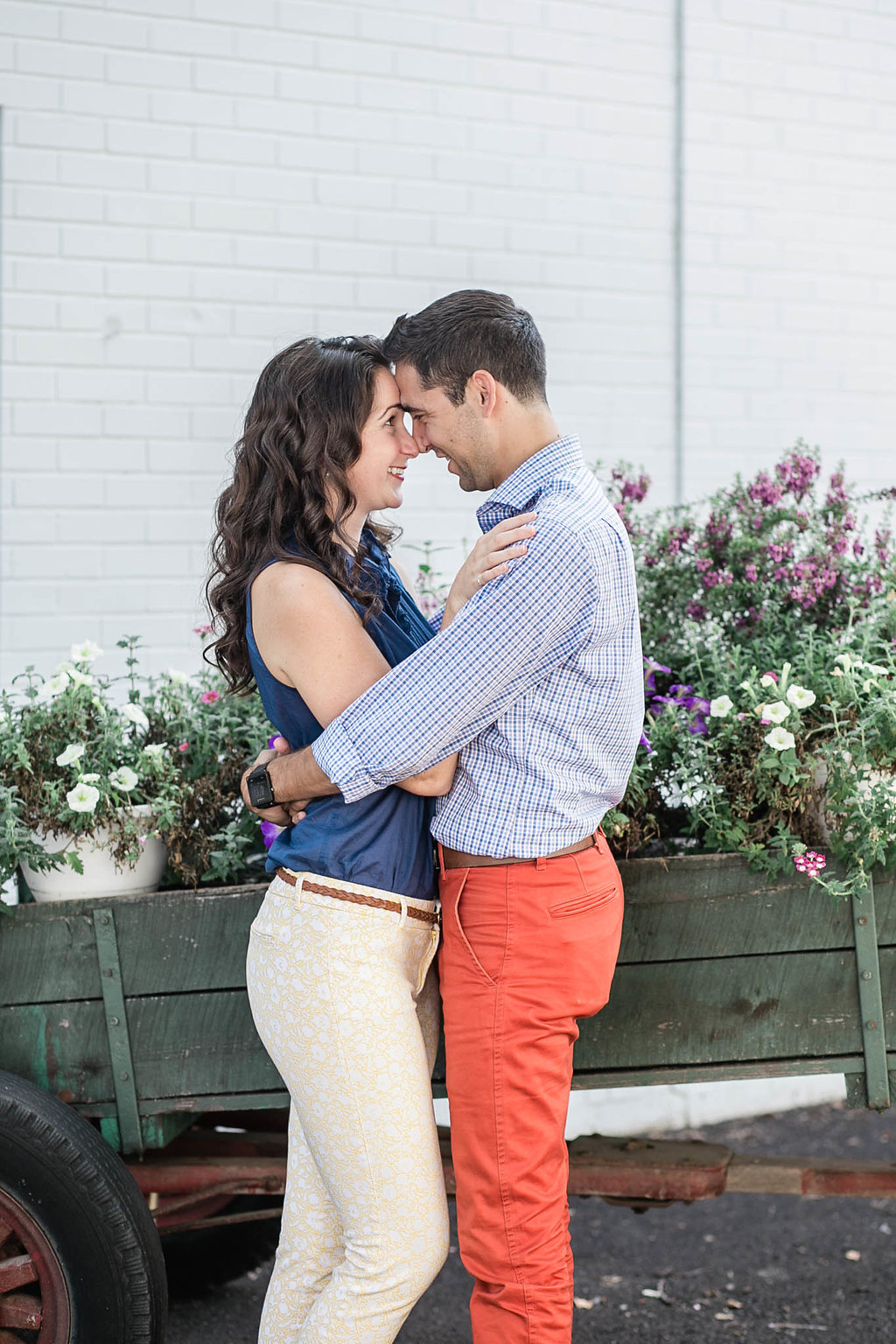 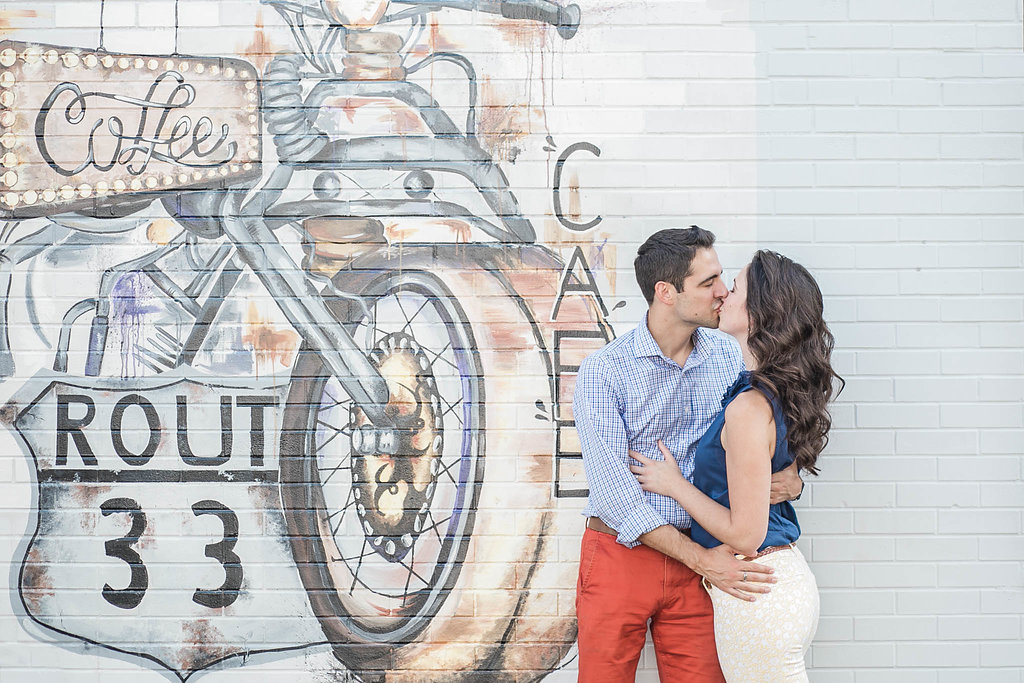 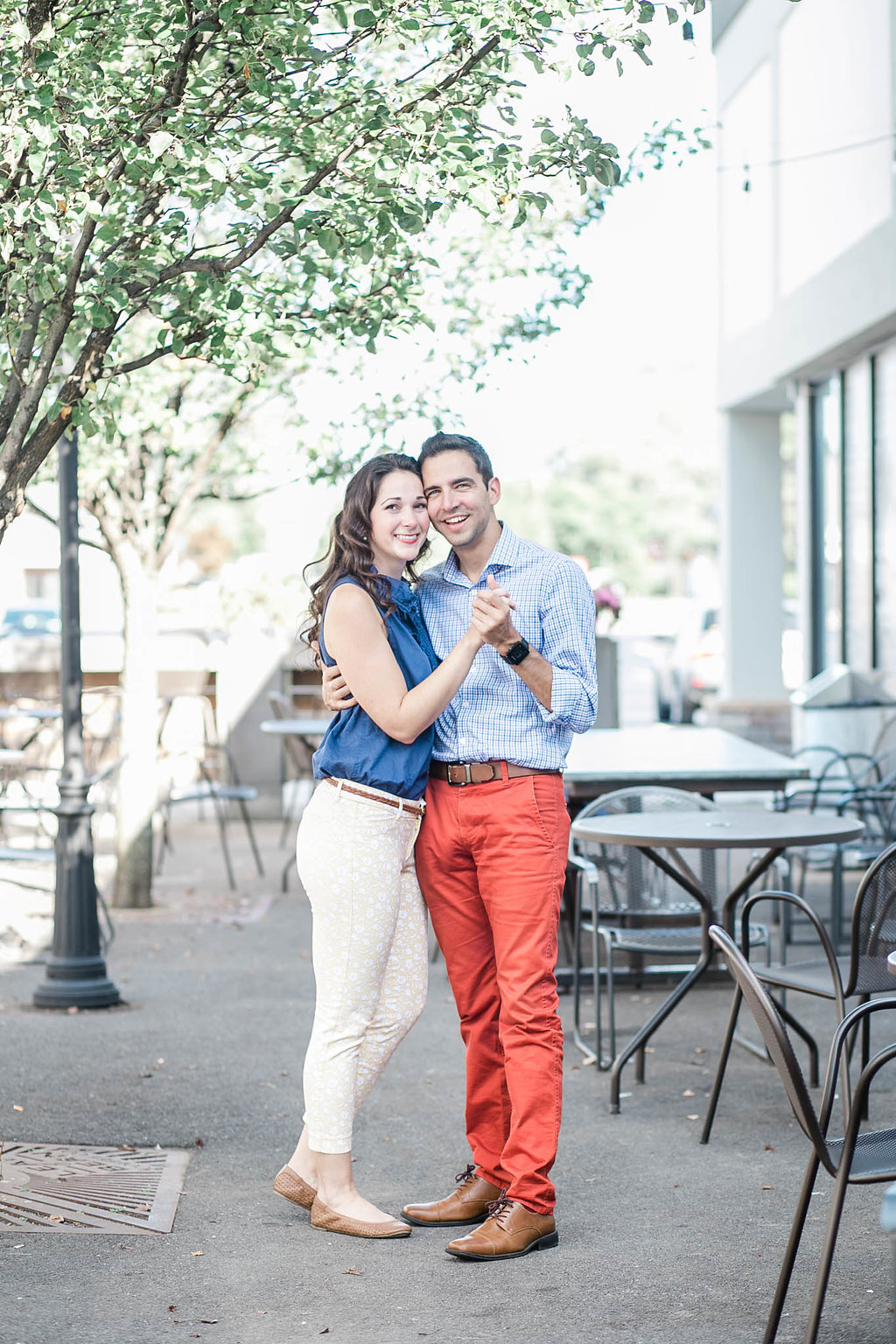 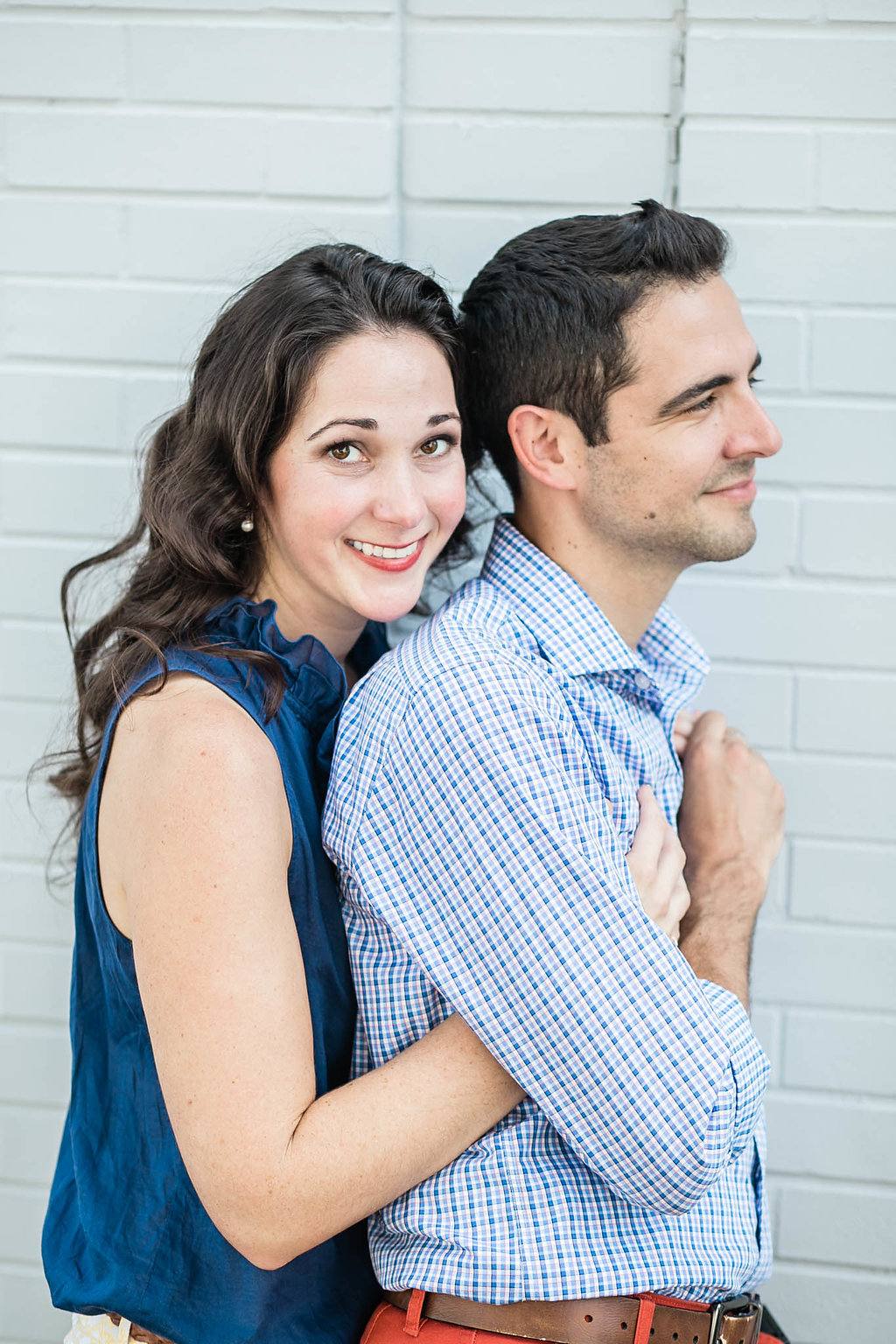 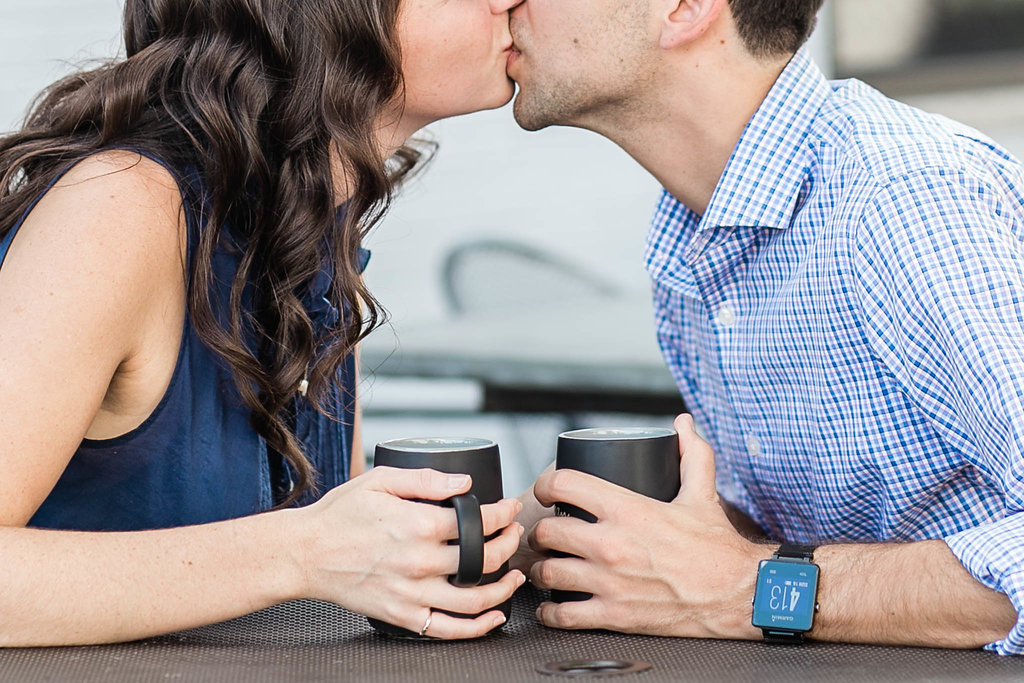 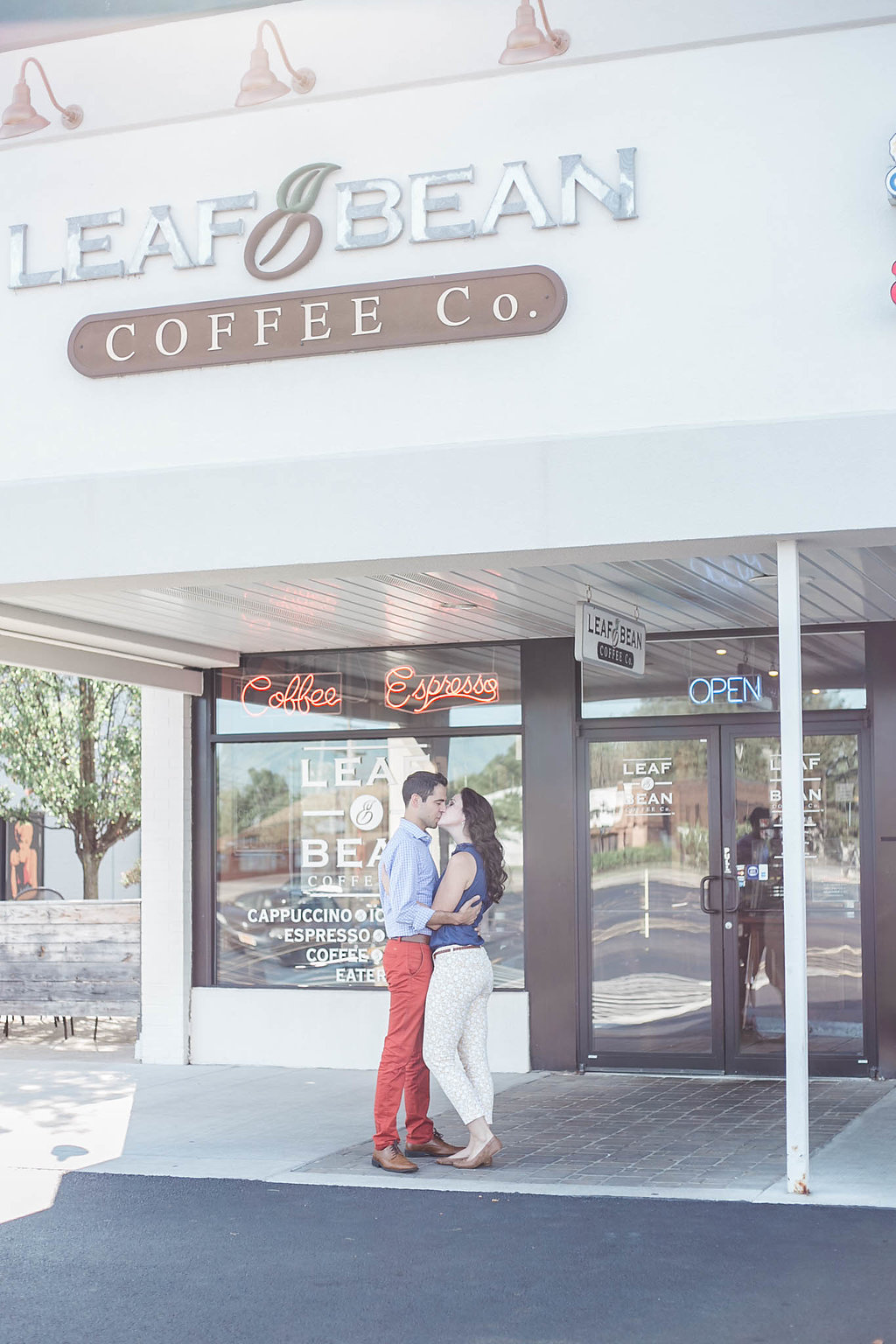 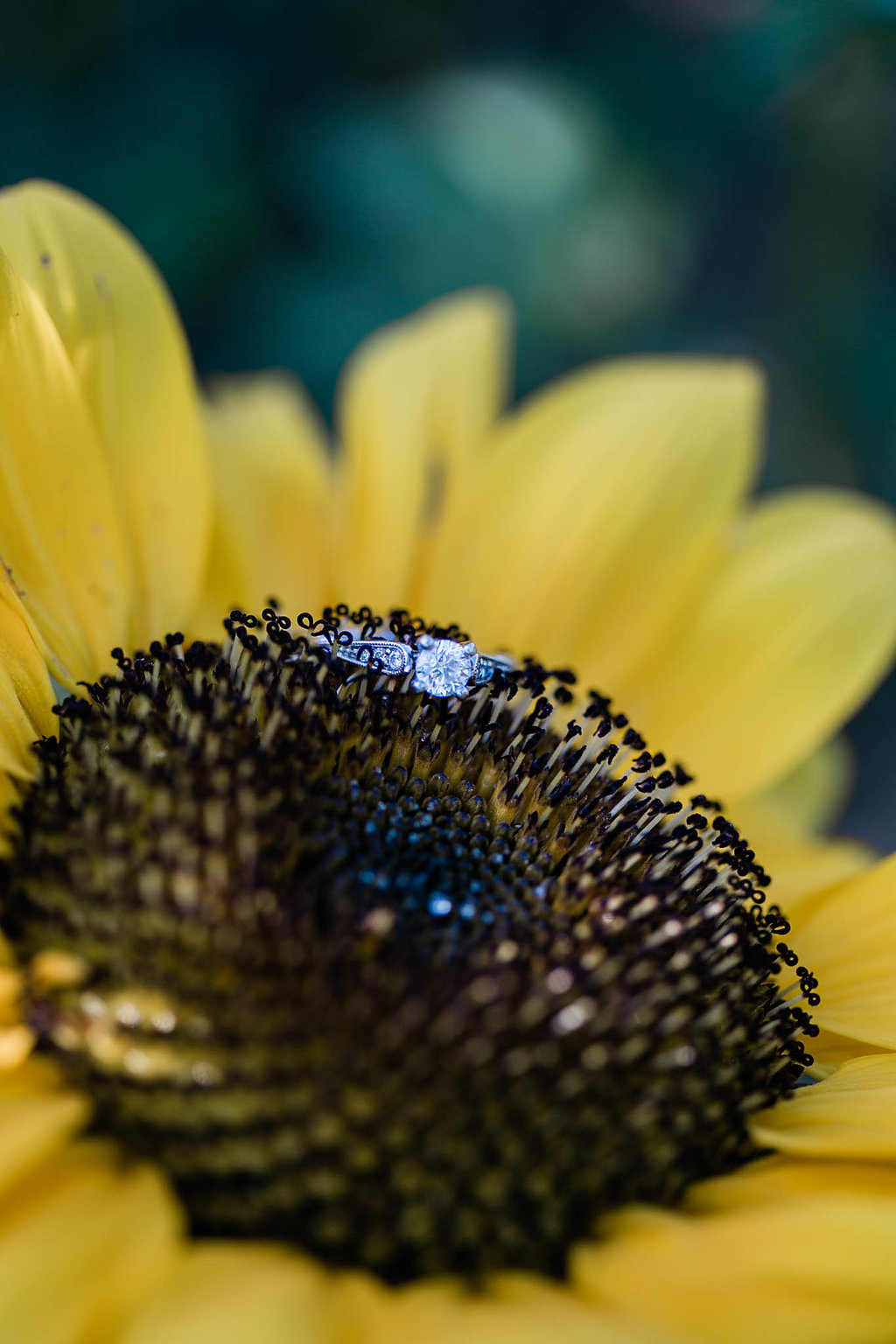 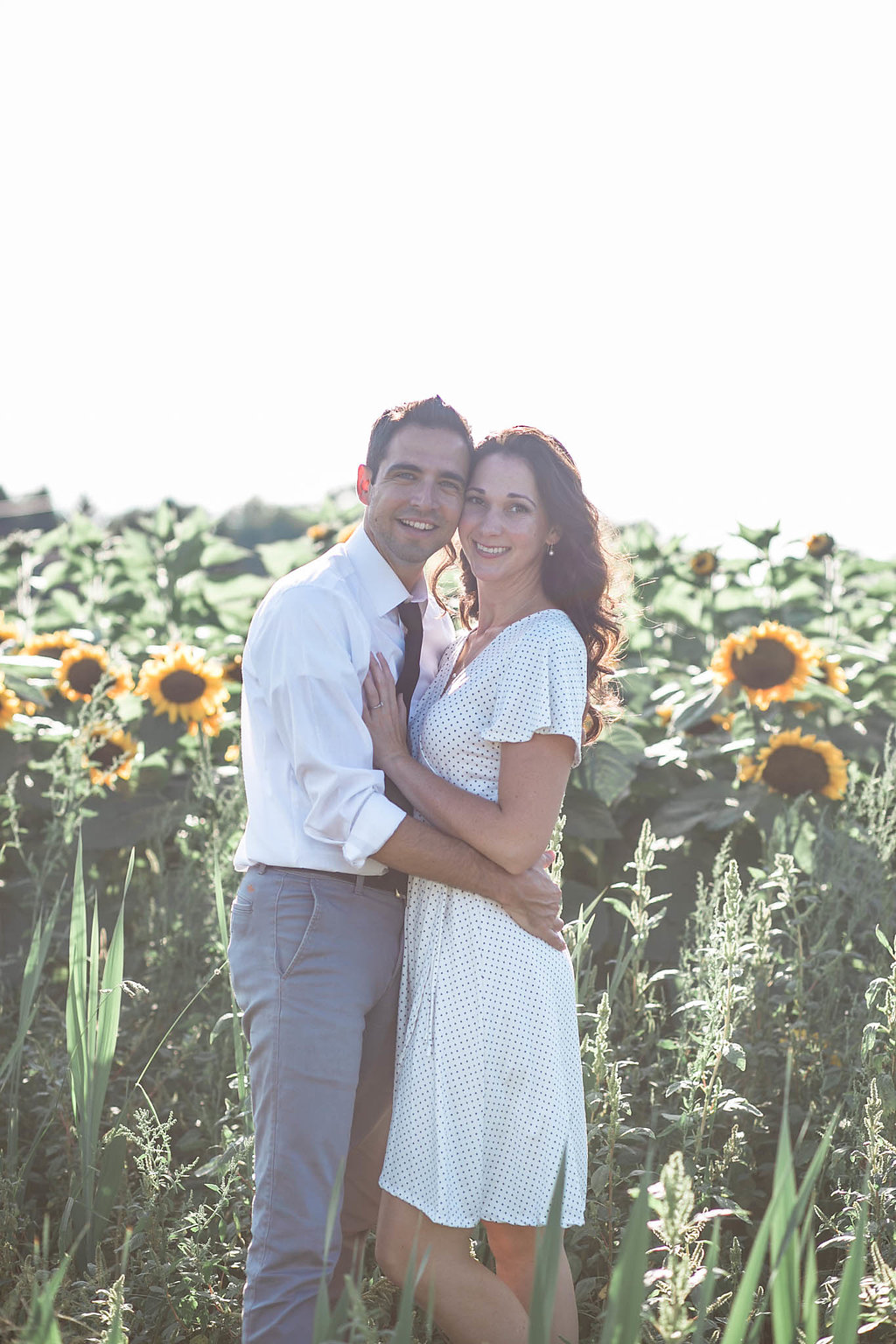 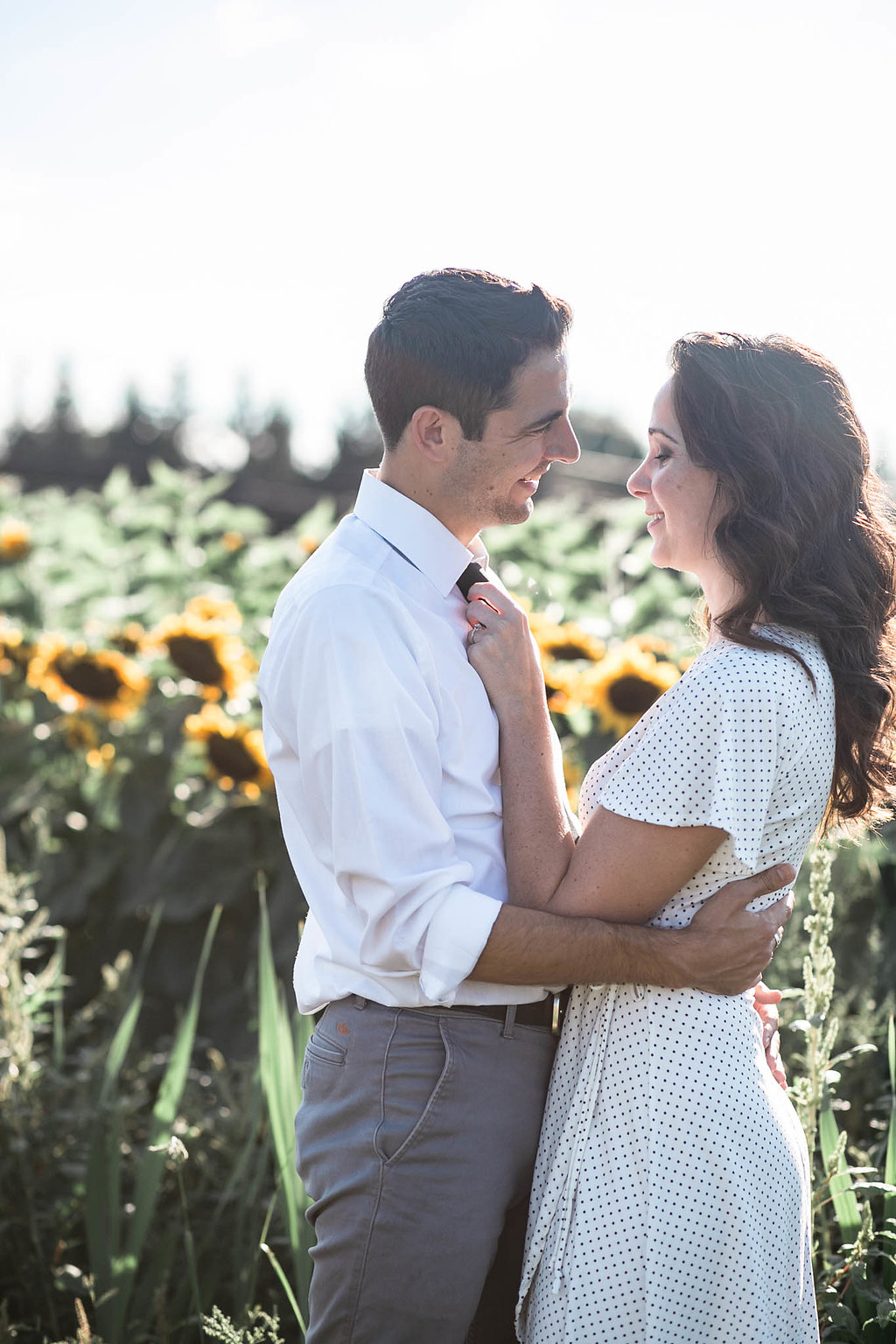 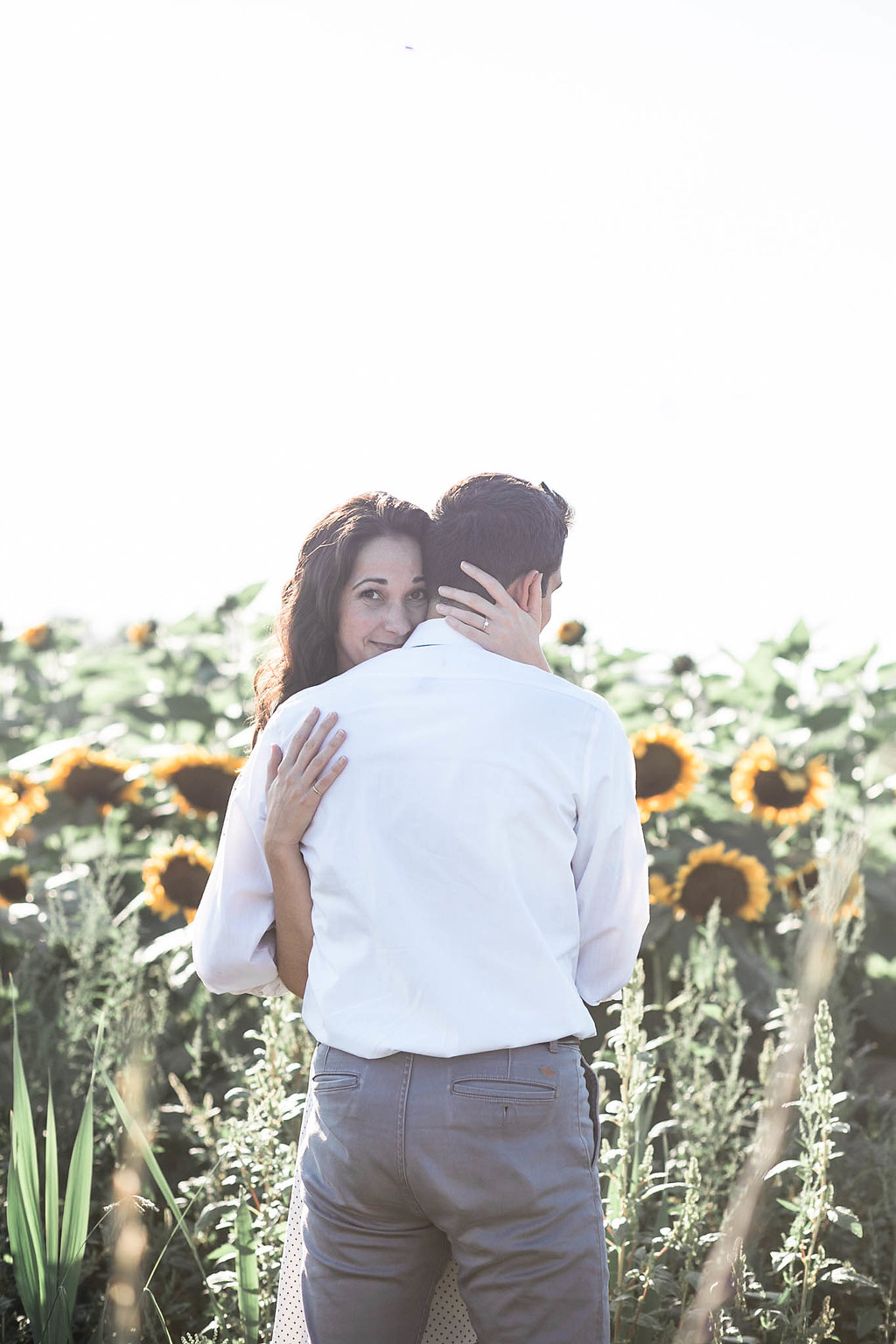 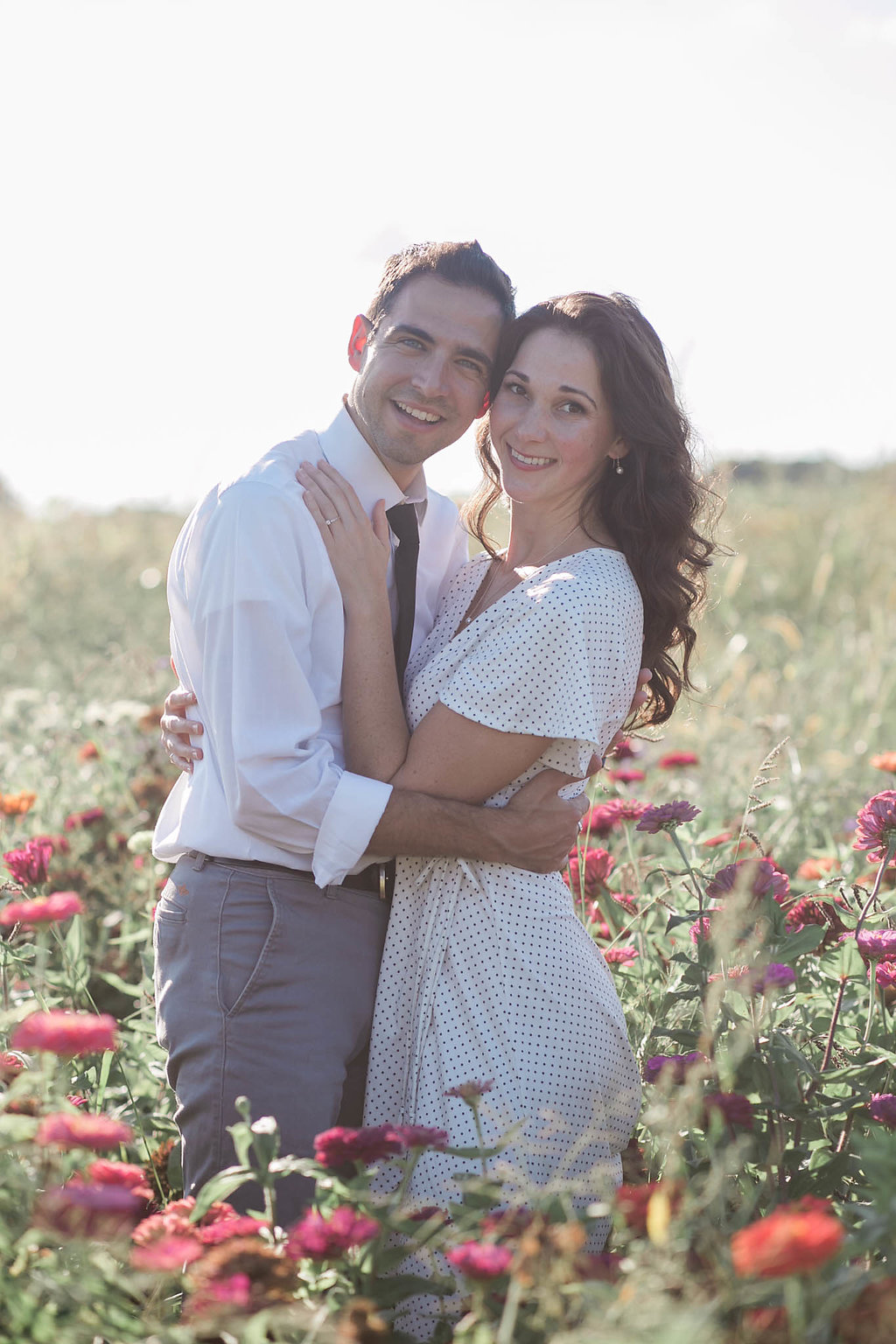 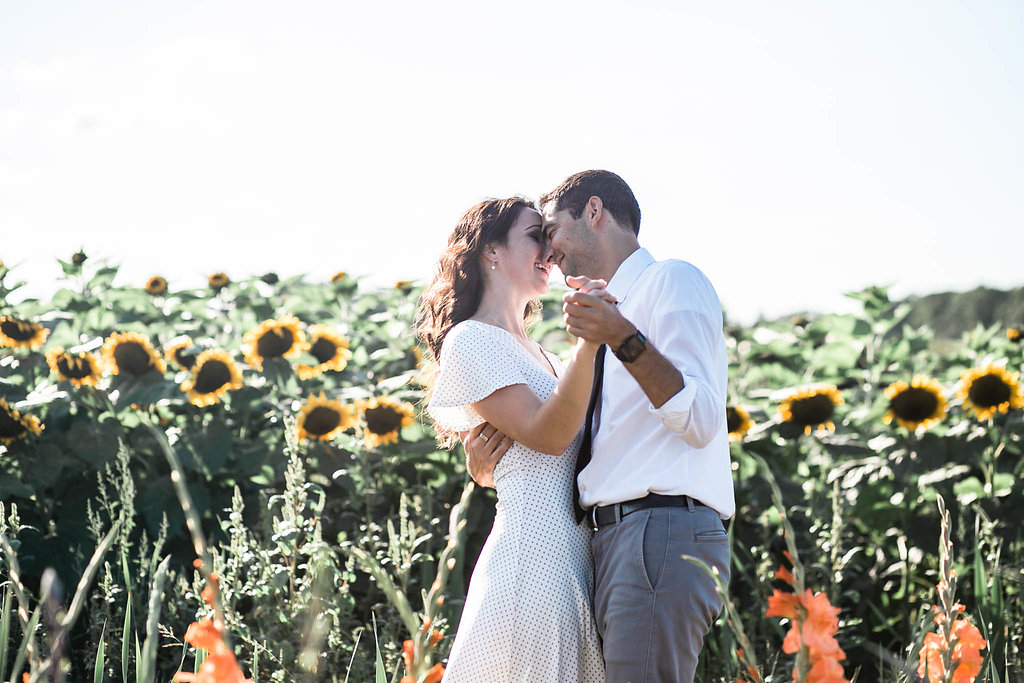 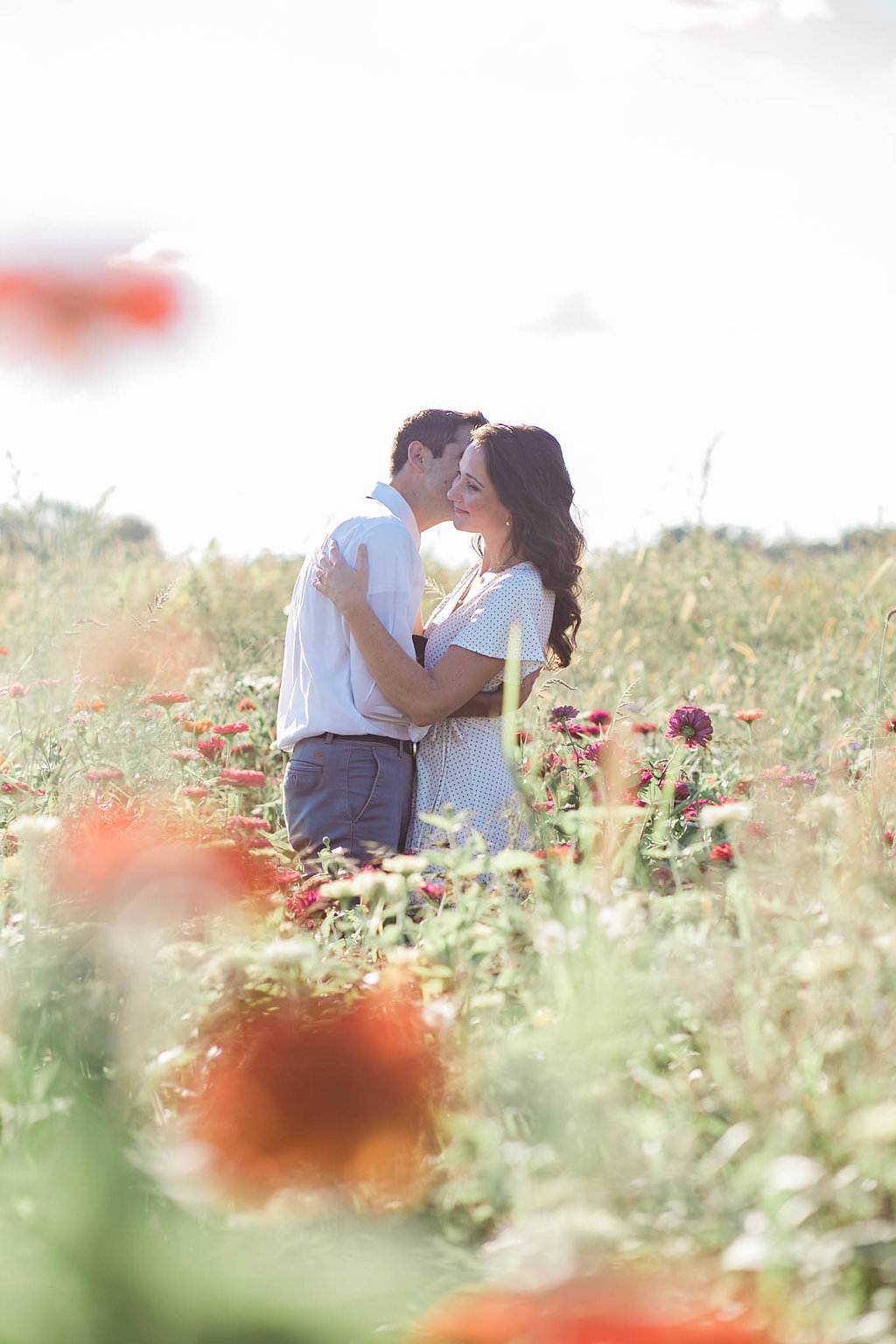 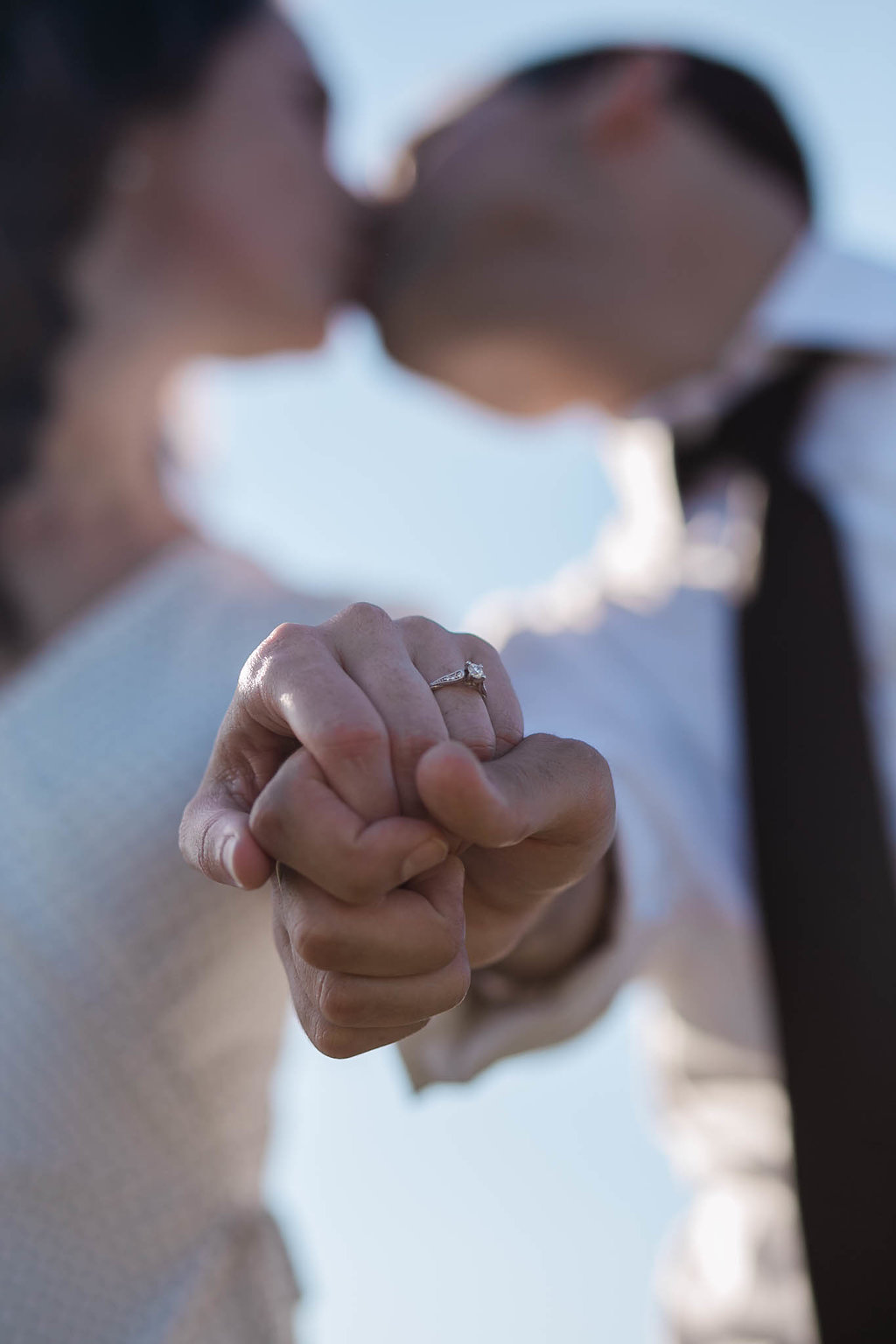 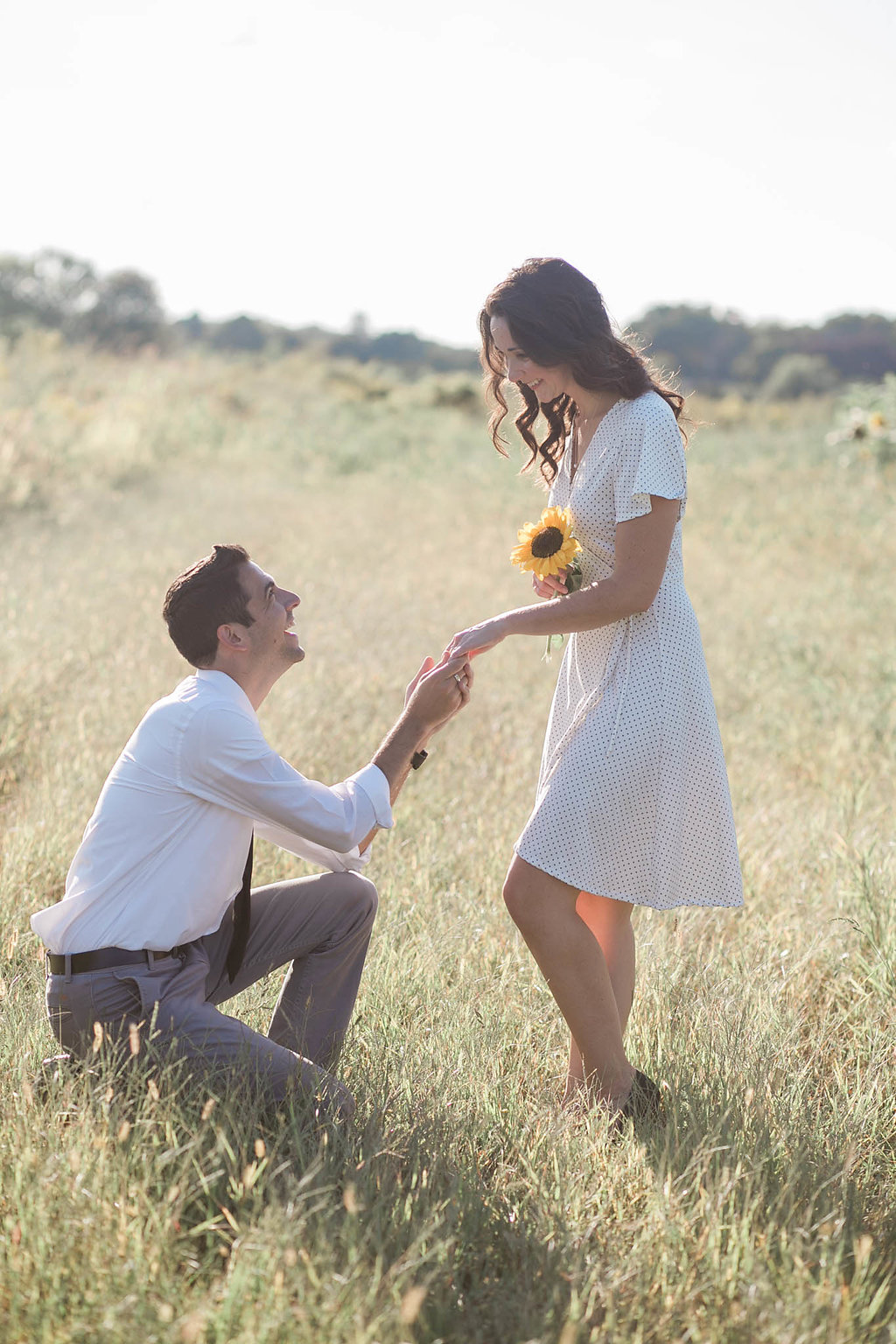 Jennaca began online dating for a couple months, encouraged by a friend to “try it out”. After deciding the online platform wasn’t for her, she logged on to shut down her account, and found, to her surprise, a very polite and friendly message from a handsome guy who lived fifteen minutes away. Zac had moved back to New York to be near family and had decided to postpone online dating until he’d settled into his new job at a local college. But, after seeing Jennaca’s picture and reading her story, his plans changed. After four days of numerous messages, then emails, then laughter-filled phone calls that lasted until 3:00am, Zac asked if Jennaca would be comfortable going out for dinner. Zac took her to a local cafe, Leaf and Bean Co. and, as a gentleman, paid for dinner and a peanut butter smoothie he said, “was the best thing ever!”. They talked over dinner about family and hobbies, then-since things were going well-continued to walk in a sunny local park. After that, Zac surprised Jennaca with a “get-to-know-you” scavenger hunt in a local store. They continued to talk and laugh until 10pm, then he asked to hug her and went home. He called later than night and they began a conversation that has never truly ended-even today.

Exactly one year from their first date, Zac surprised Jennaca! They had planned to go hiking in the 1000 islands, but Zac suggested they “stop by Leaf and Bean to get coffee for the road”. Jennaca sensed something was up the week prior, but, since Zac seemed so normal and calm, all suspicion faded. She ordered her coffee and went out to find a table in the courtyard of the cafe. Zac came soon after, bringing his coffee and a book. Zac and Jennaca both value their faith and spiritual life and often read aloud from the Bible or other encouraging books to start their day together. After chatting excitedly about their day’s plans, Zac asked Jennaca to read. After looking up from a chapter in Psalms, she was puzzled, Zac was not in his chair… she looked to the side and saw him kneeling there with a tiny beautiful box, smiling ear to ear. She, said “yes”.

The ring is a white gold Gabriel and Co. .4 carat solitaire with three diamond chips descending along each side. The diamond chips are encased along the band with detailed filigree. The ring has been called “ethereal”, “elegant”, and “delicate”. Zac opted for a tungsten band, medium width, white and rose gold. The strong, straight lines and durable material was just was he was looking for.

Zac and Jennaca decided on a colorful palette for their cafe shoot, full of rich blues (Zac’s favorite color) and warm yellows and oranges. They chose a casual look, each wearing a colorful pair of pants and a complimentary blue top. They later changed into a black, gray, and white outfit combo for their sunflower field shoot. Jennaca’s casual, yet elegant white dress with tiny polka dots was accompanied by comfortable pointed toe flats and a solitary pearl necklace and earrings. Zac chose gray pants and a white button-up shirt with his favorite skinny black tie, shoes, and belt. Zac’s ring was from a memorable mission trip that he took to the country of Greece several years earlier.

What was your wedding date?