No muss, no fuss. That’s exactly what couple Rebecca and Andrew wanted for their engagement session with GJA Photography. The pair picked a Sunday afternoon with Gary that evoked alarm clock-less rises, filling Sunday meals, and a walk around the neighborhood taking in the crisp air. We can’t think of anything better, honestly. As an added treat, we’ve added quite a fun last photo! 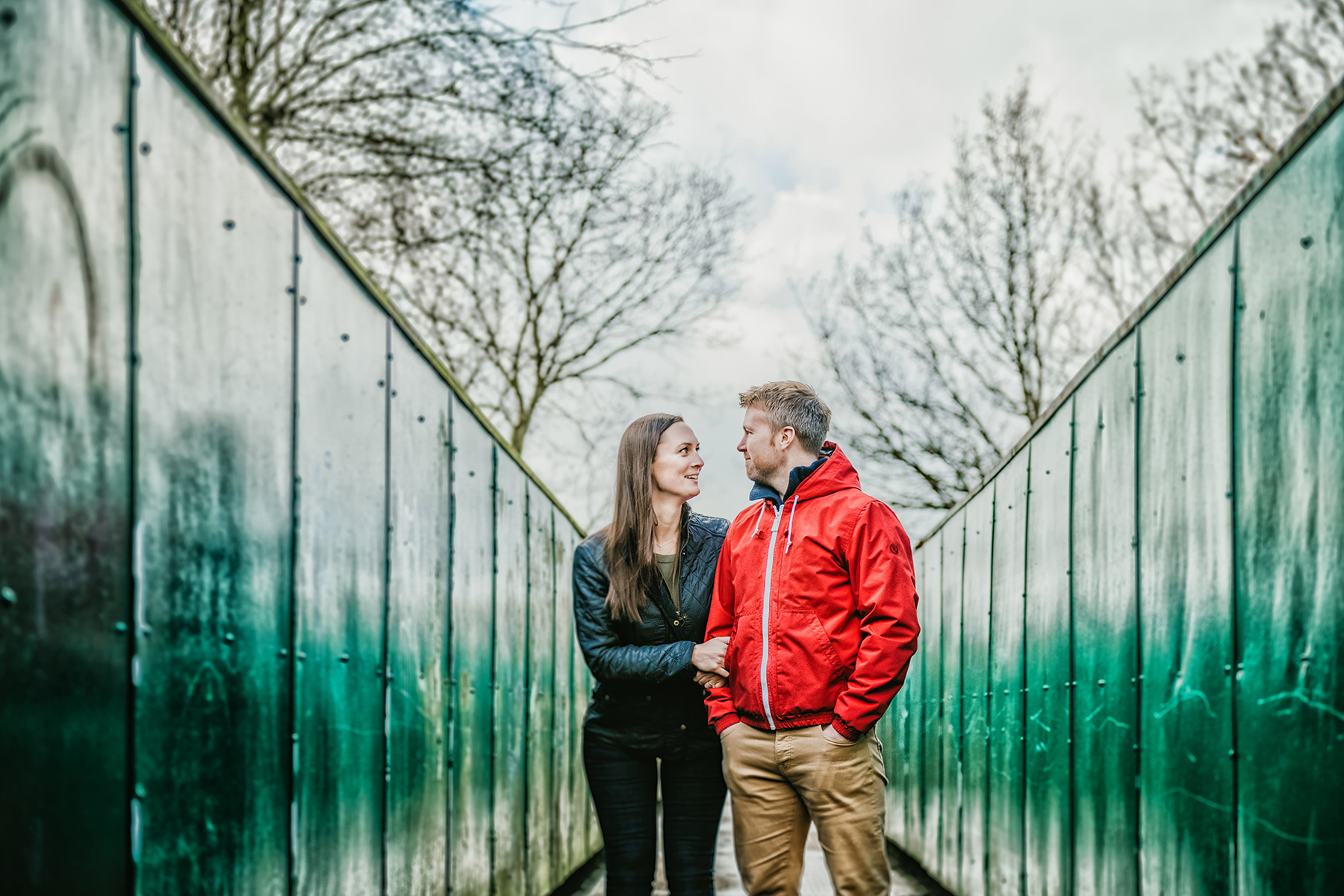 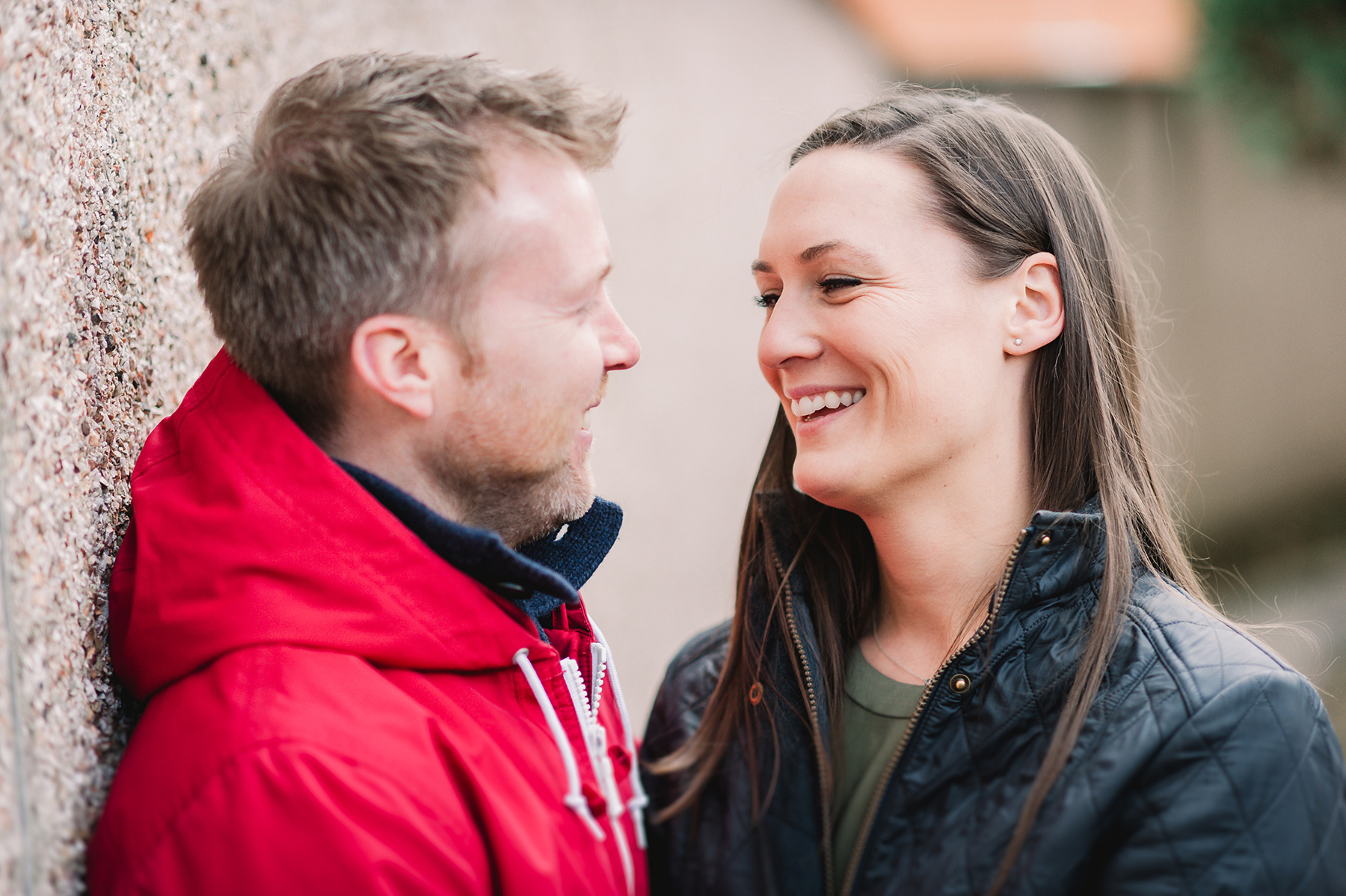 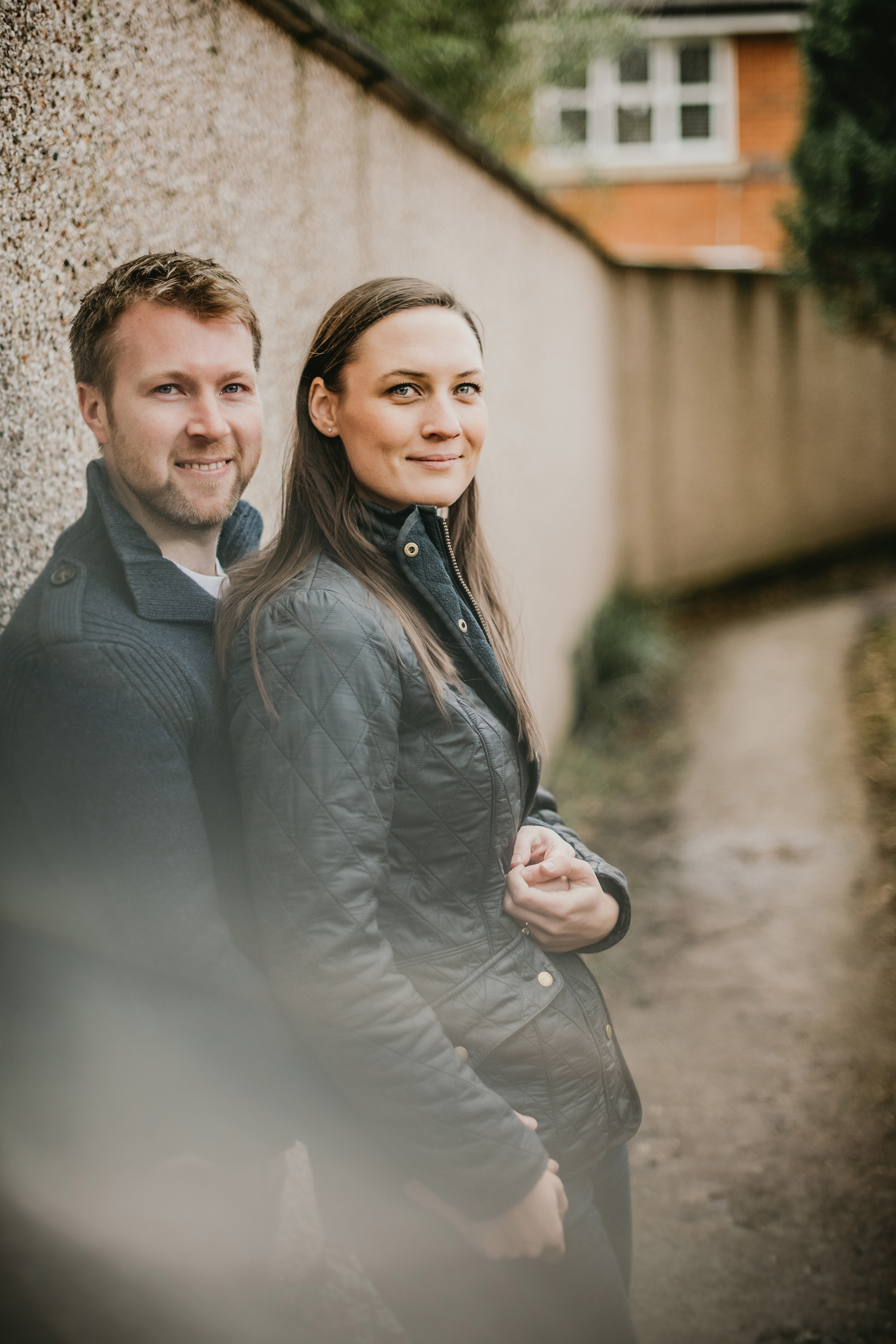 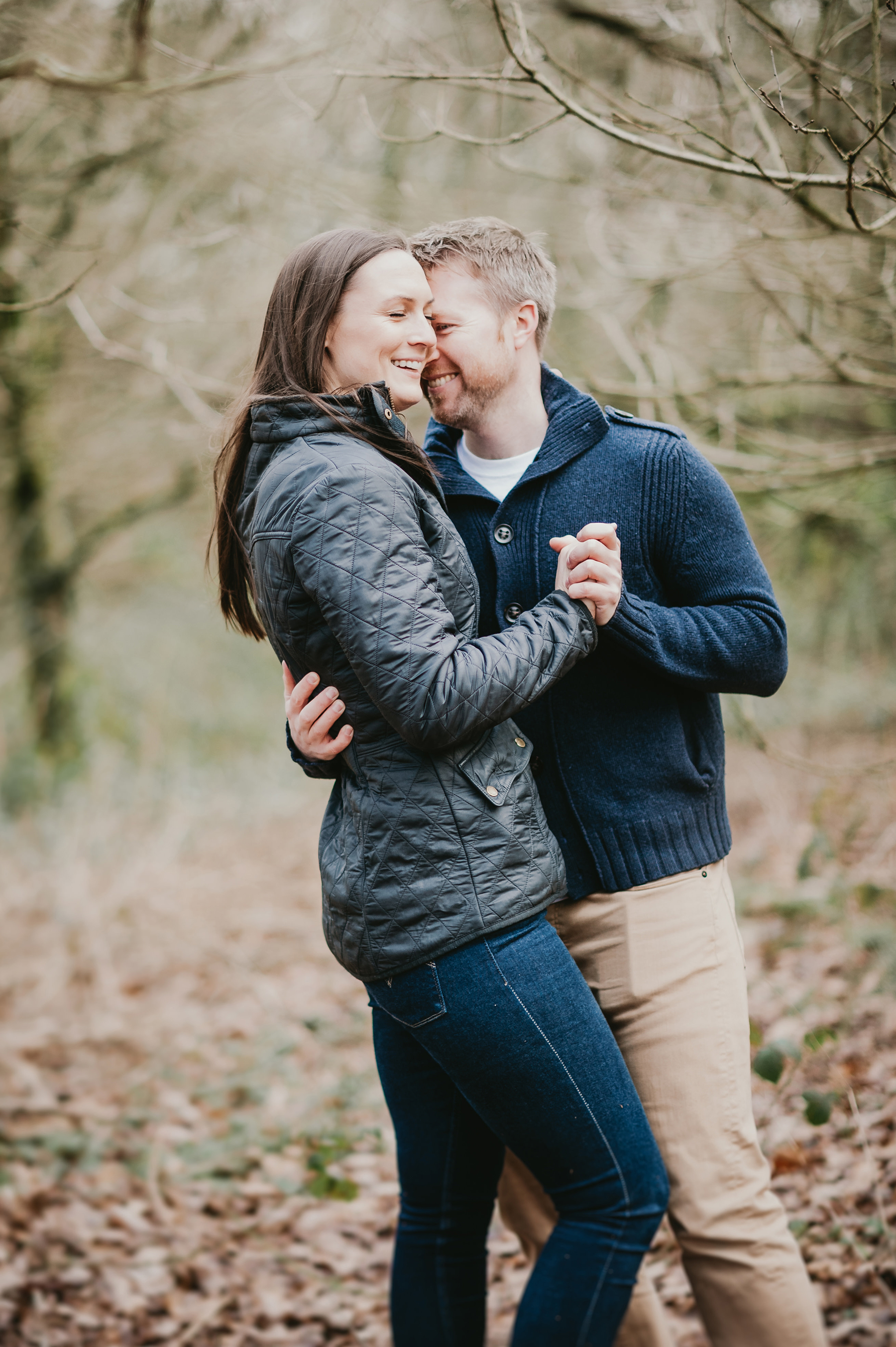 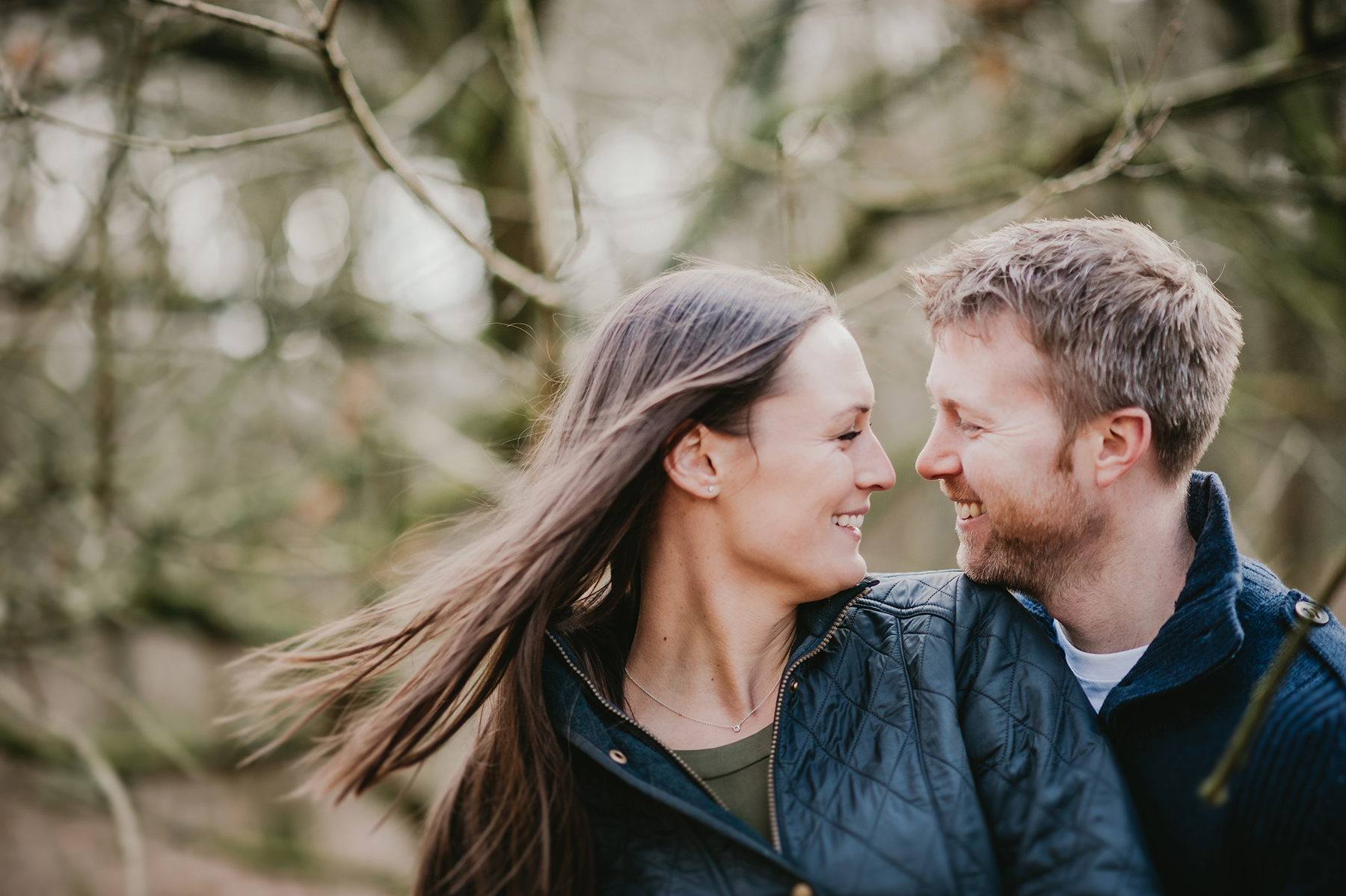 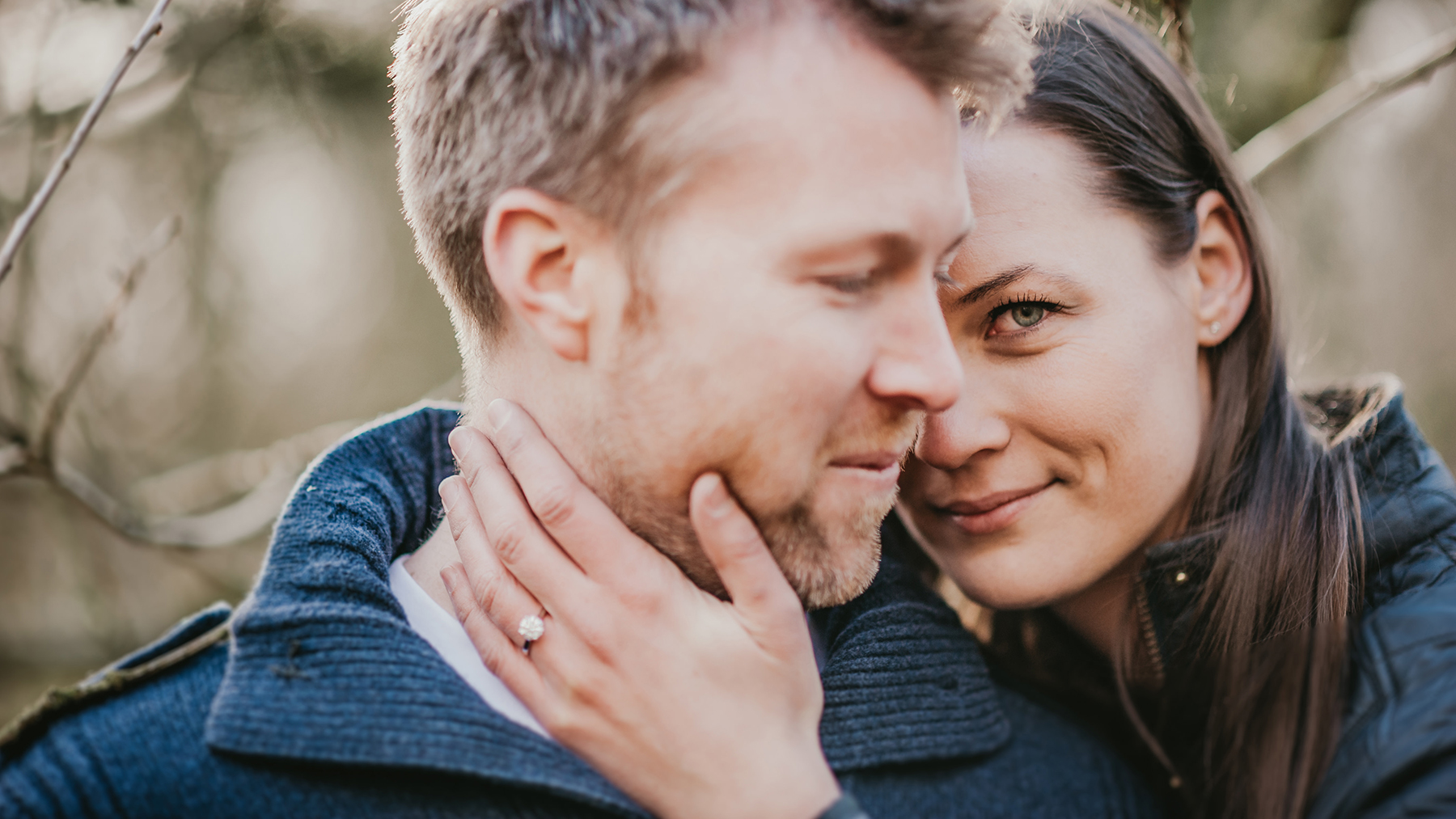 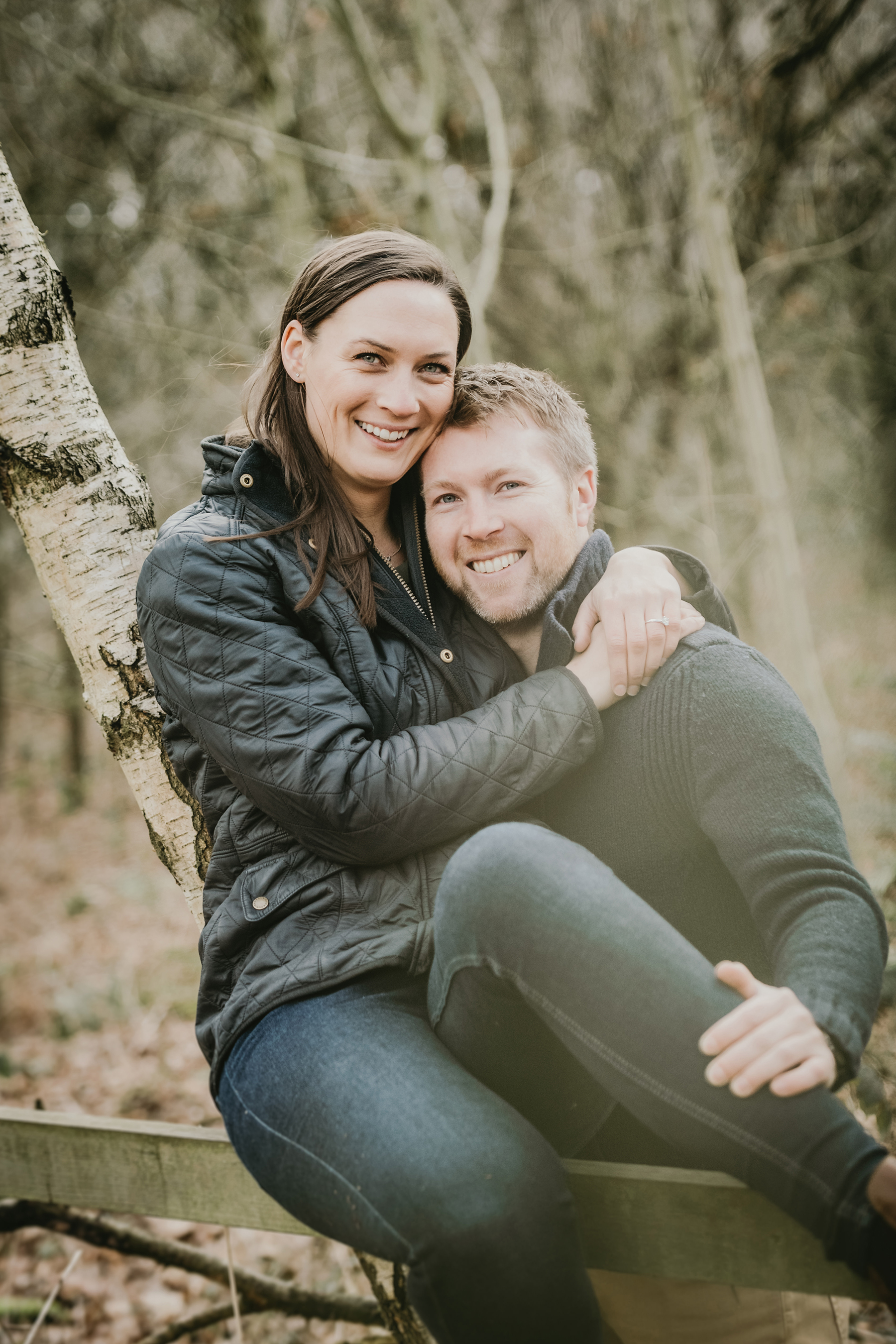 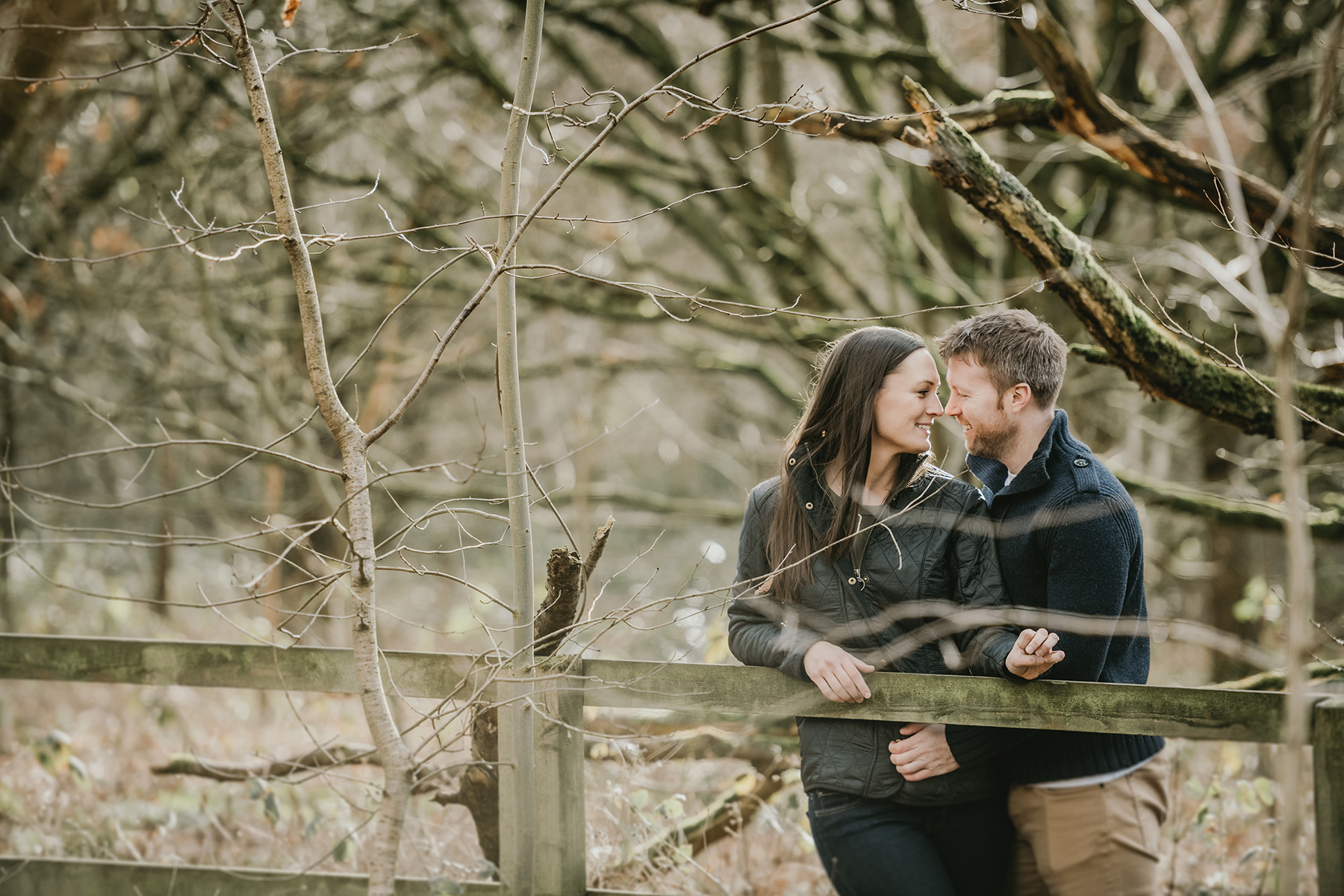 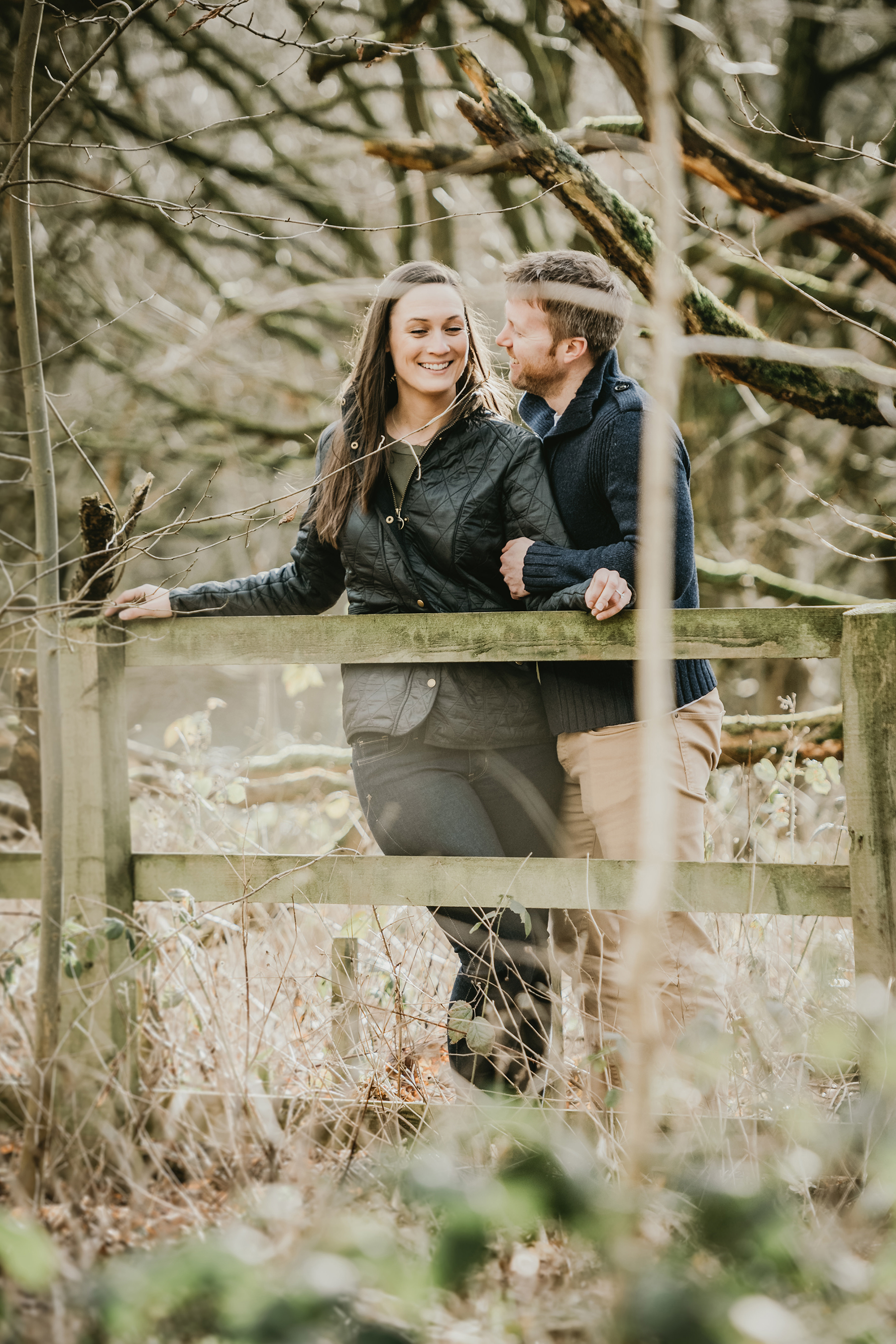 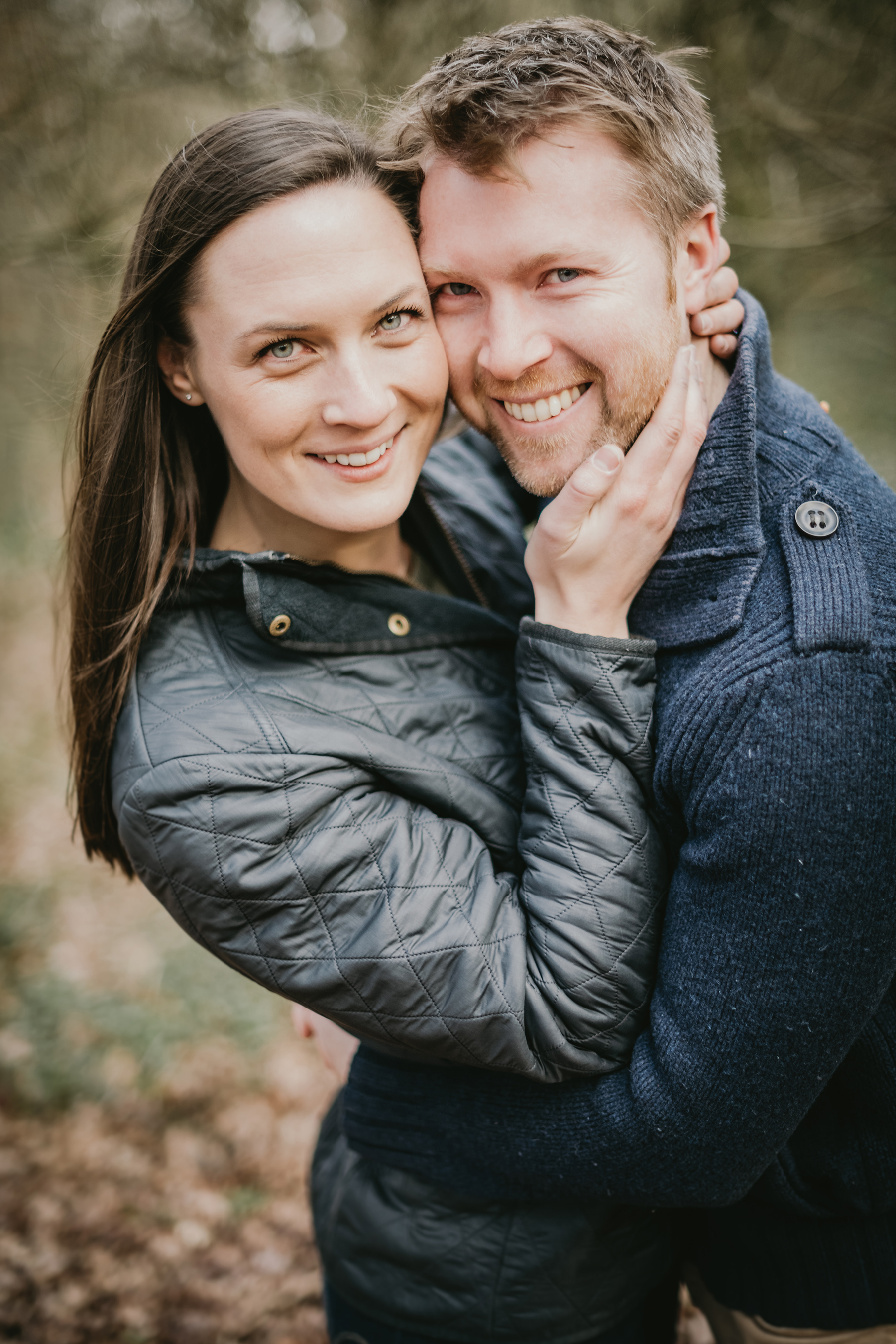 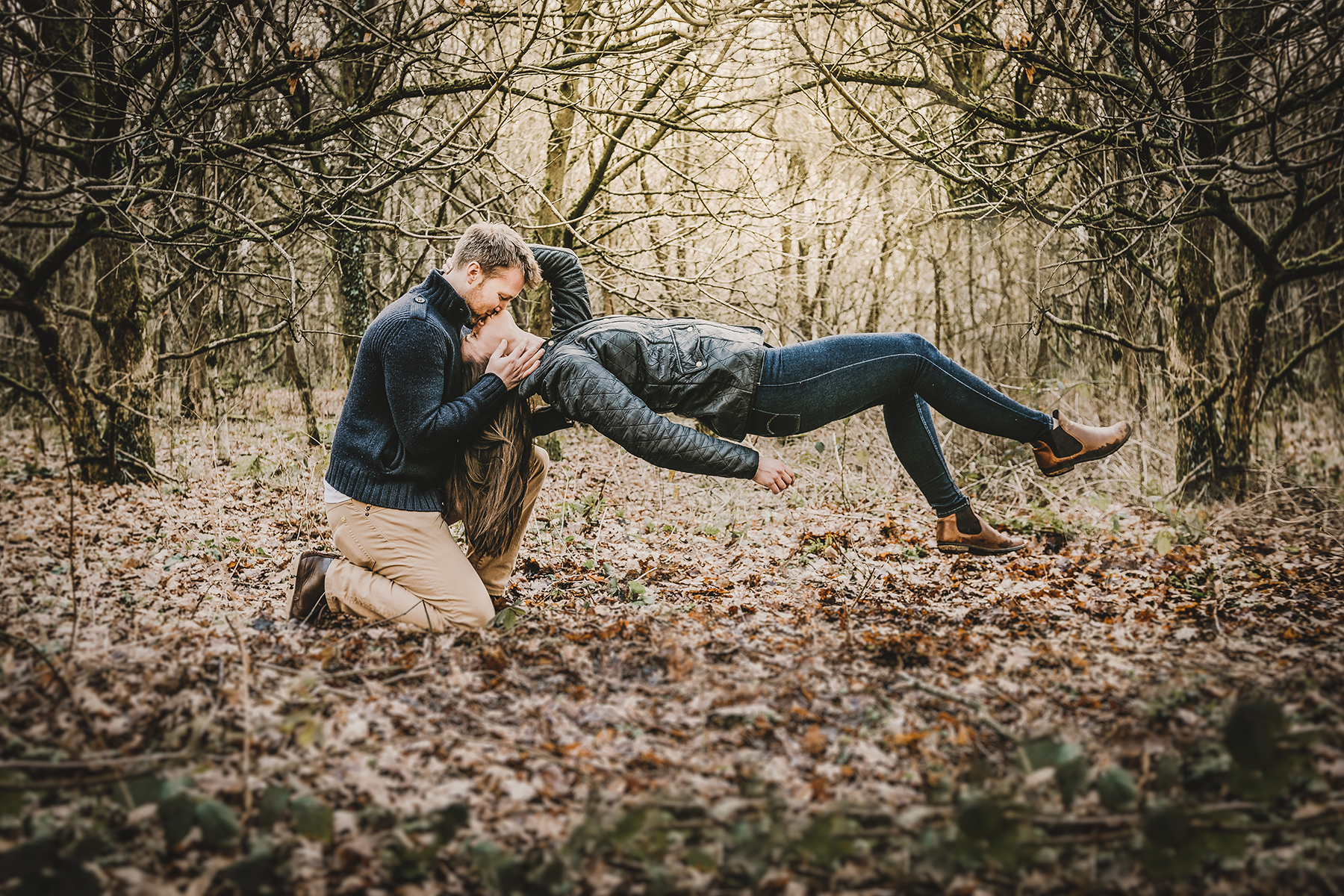 We met over 10 years ago in my first week at University when I was having a few drinks with friends in a pub called “The Queen of Hearts” and Andy was having a post-cricket practice drink with his teammates. We didn’t become an item straight away and were actually friends for 4 years before we became a couple. This set a great foundation for our relationship as for the first few years together we had to do long distance. It has been a long road to get to where we are now but it was all worth the wait and now we have a lifetime together.

We were holidaying in Madeira in late September. We decided to go for a fancy meal at the wonderful 2 Michelin starred restaurant Il Gallo de Oro which we were both very excited about! Before dinner Andy suggested having a drink and going down to the sea front to watch the sunset. There was nobody else there and he got down on one knee and popped the question and it was perfect. He had asked my Dad several months prior and he was apparently starting to wonder if it was ever going to happen! After Andy proposed we had champagne and a wonderful meal overlooking the sea before telling our friends and family.

My ring is the one you draw when you are a little girl! It is a 2-carat solitaire diamond set in a platinum band. Andy sourced the diamond independently and then had it made by a wonderful family jewellers called Slack & Andrew’s (who then subsequently made my matching wedding jewellery).