When you are so enamored by a place, you have to revisit as many times as you possibly can. Landon took Hannah to the Lakeside Park and Rose Garden in Fort Wayne, Indiana to propose and naturally, they immediately knew this was also destined to be the place they would have their engagement session. Hannah and Landon have that endearing “storybook romance” and we think Simply Seeking Photography captured those swells and sweet moments. More on their story below alongside their gallery! 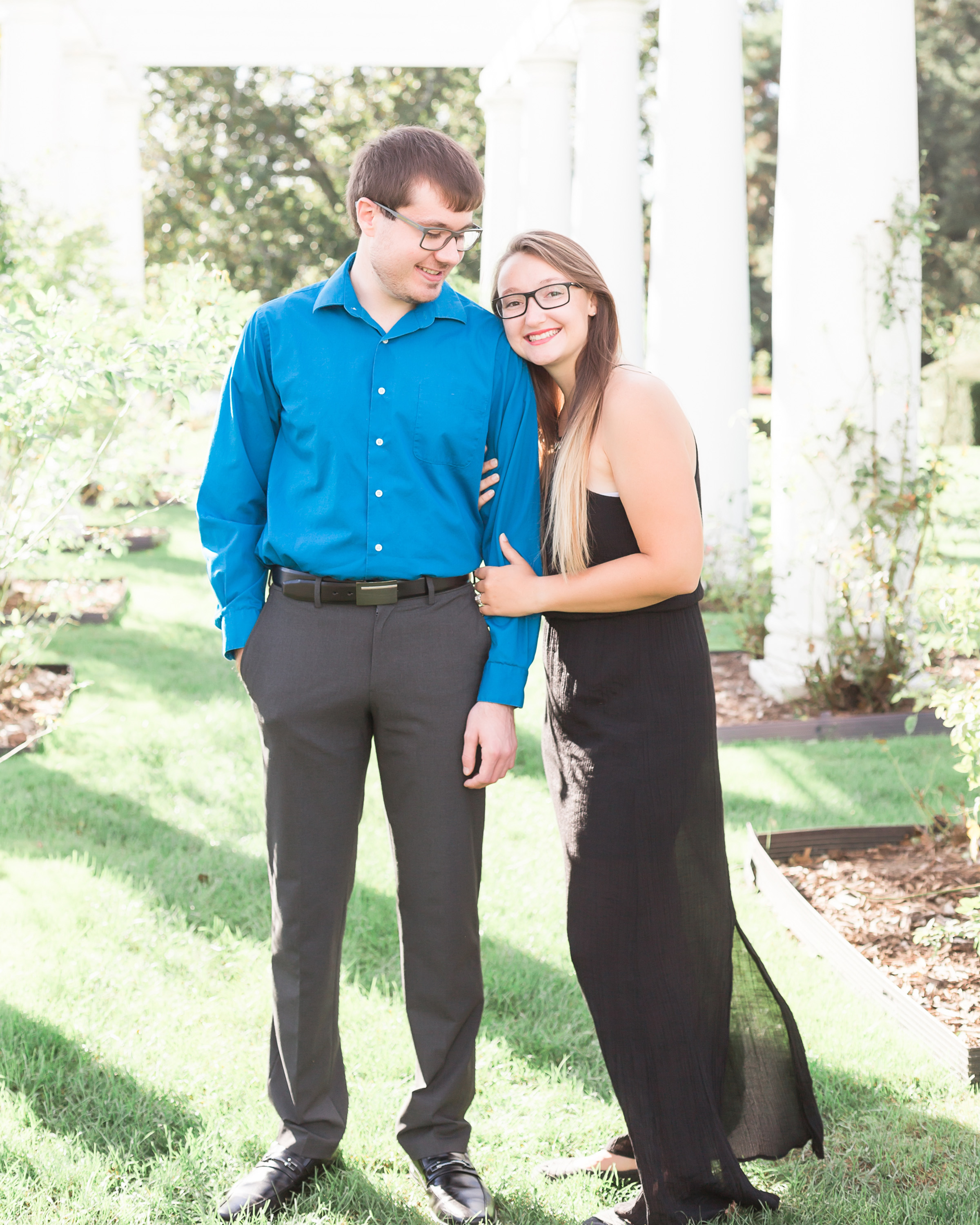 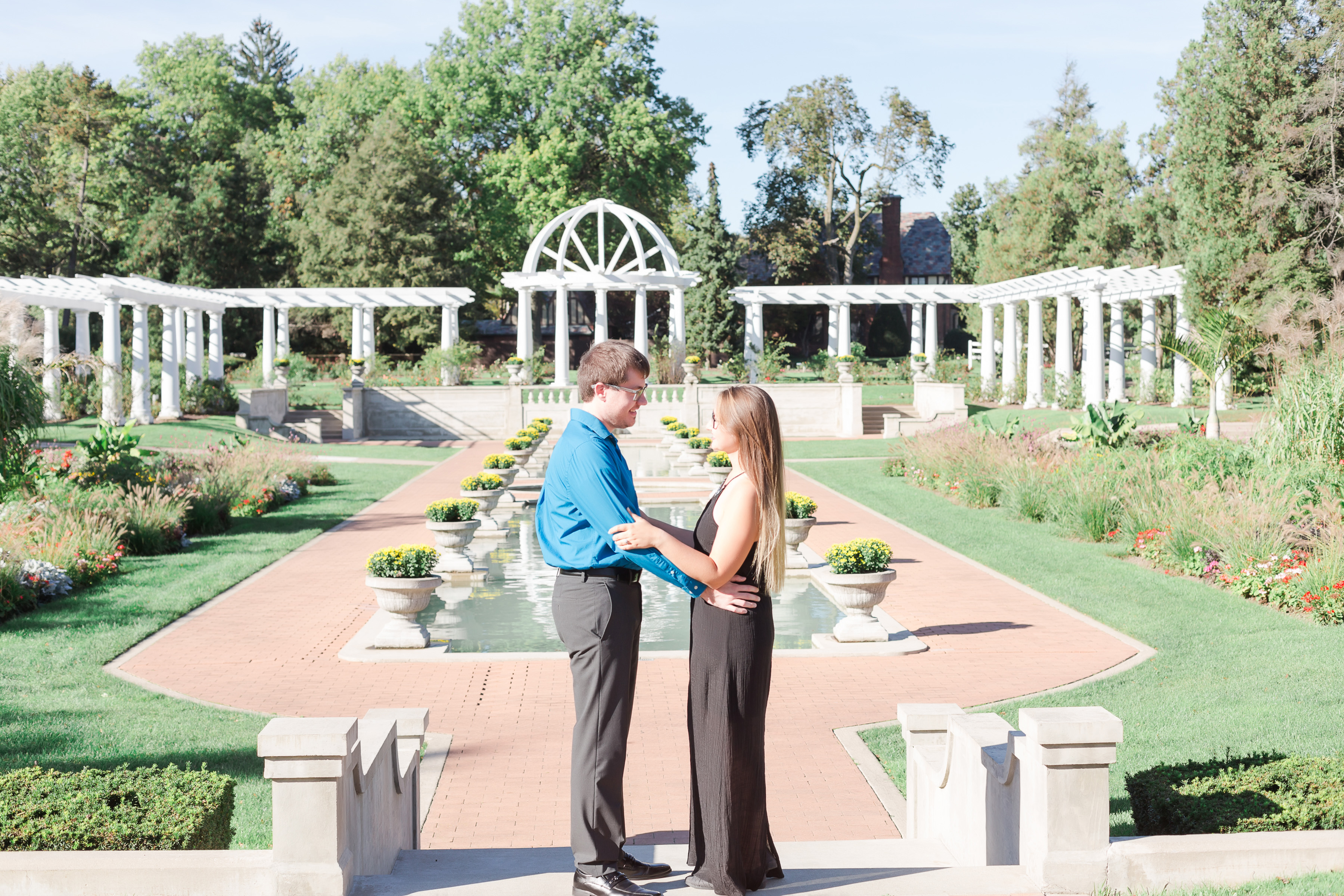 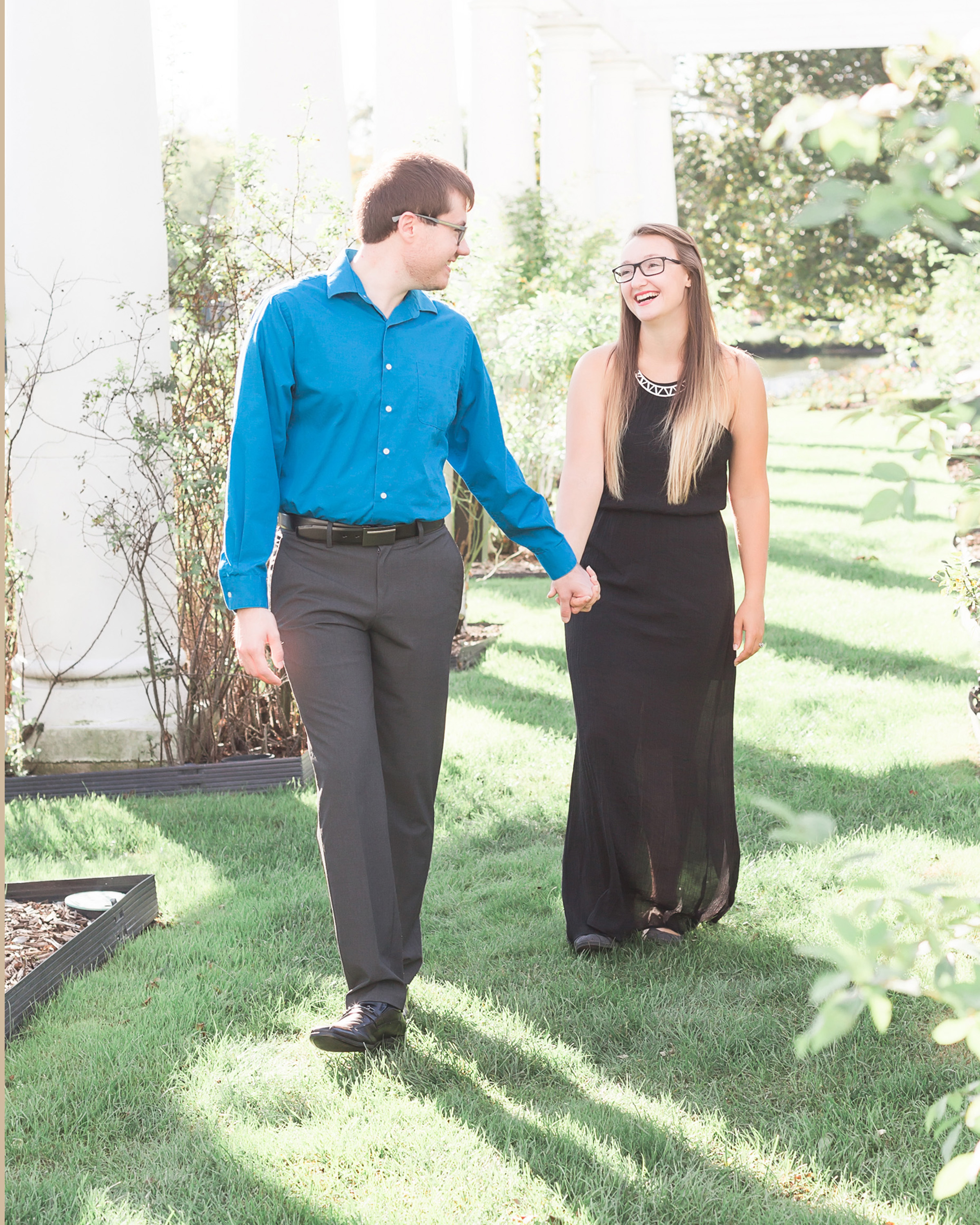 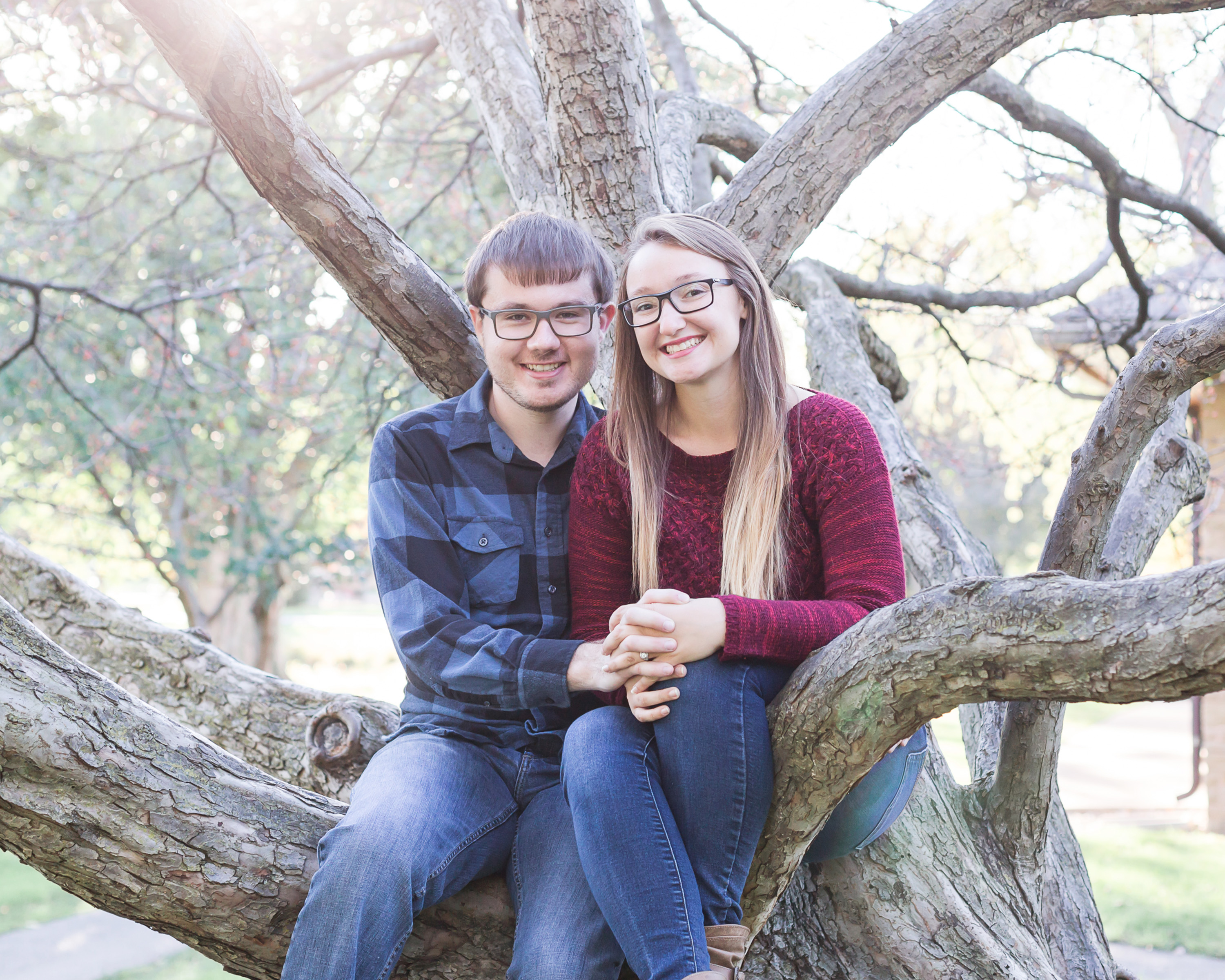 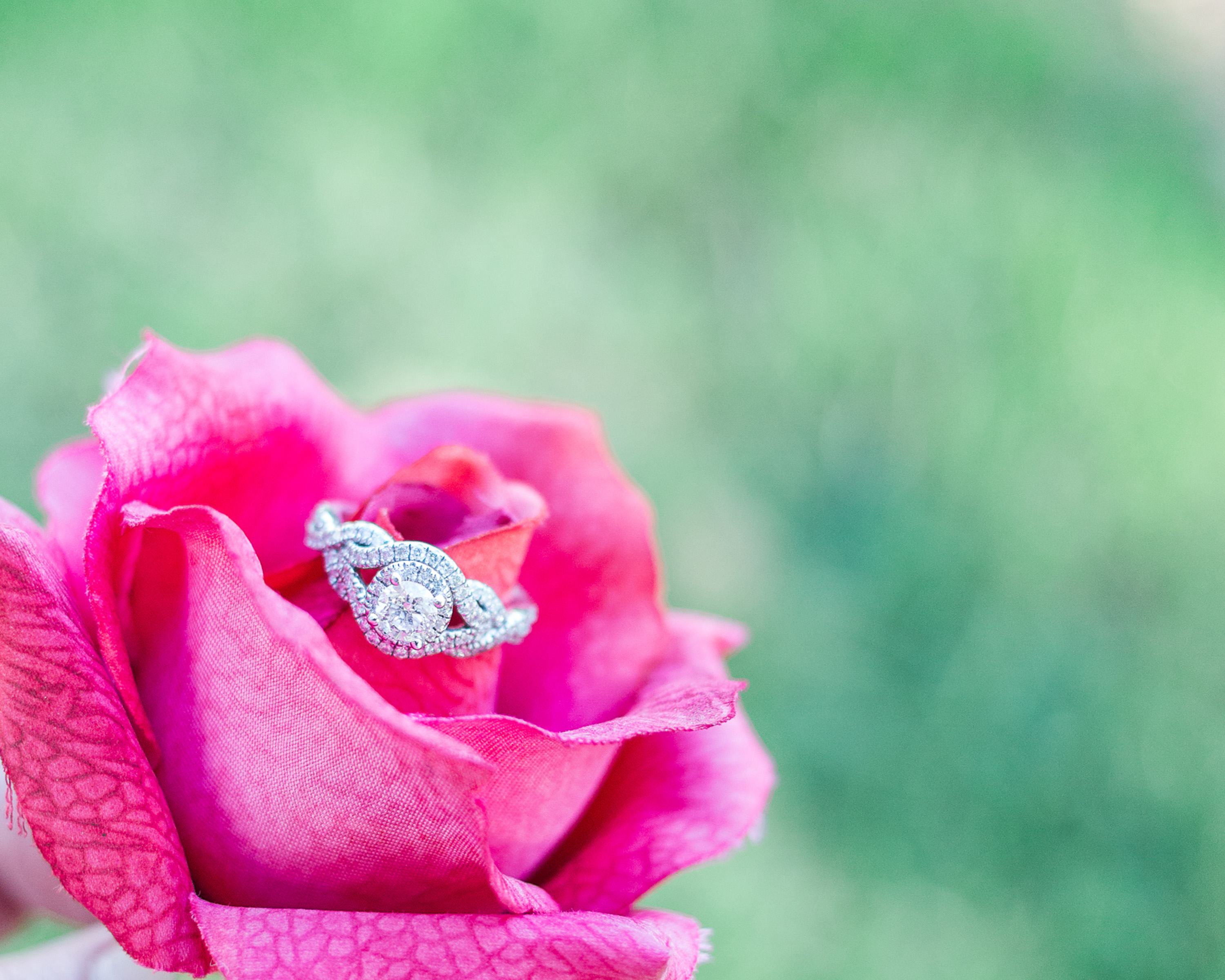 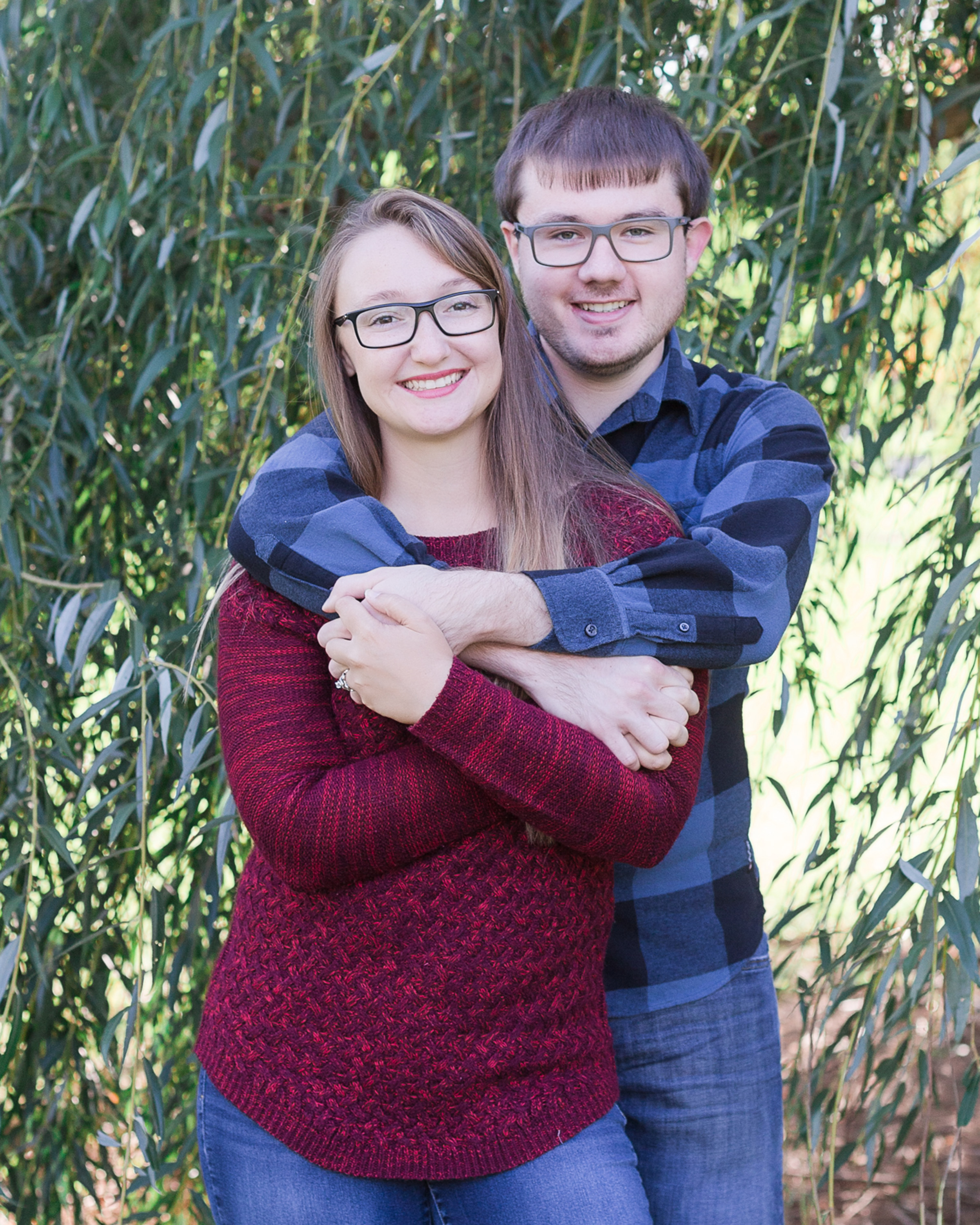 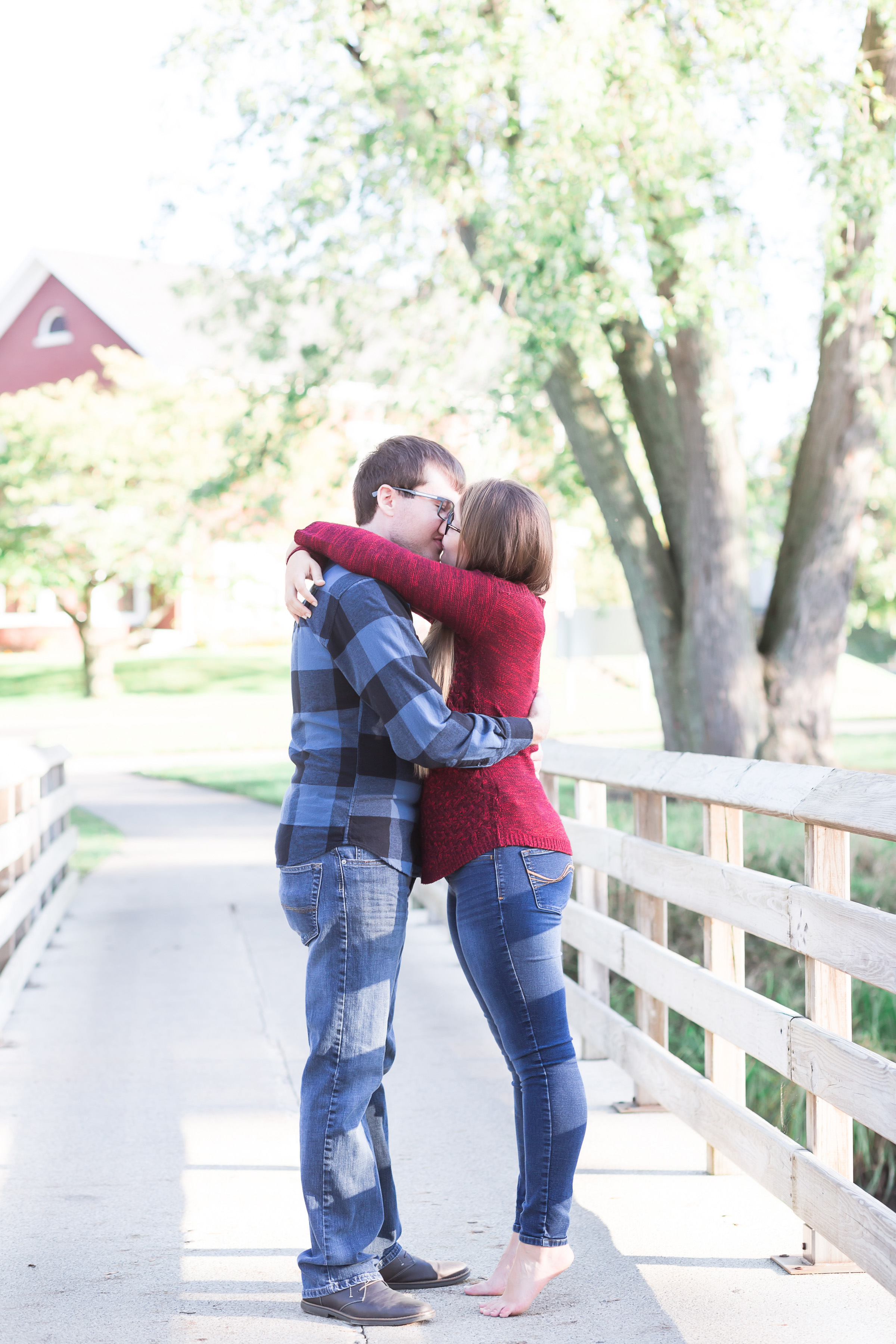 Landon and I met in college. We shared all the same classes and eventually became good friends. Our professors urged us to form study groups our freshman year because computer science was not going to be an easy degree.

Landon and I found out that we had the same work ethic and we both wanted to be top of the class. We started studying together and we got each other through the hard classes. A lot of our professors and friends thought we were dating because we were together a lot but that’s because we were studying a lot. By junior year, it became apparent to us that we both had feelings for each other and started dating not long after that!

We both knew we wanted to get married after we graduated college as we had been talking about it for a while. So the summer before our senior year, I knew he was going to propose but I didn’t know when or how. I always had my nails painted (which isn’t normal for me but I knew I wanted my hand to live up to the ring). Eventually summer ended and I was getting concerned. Senior year started up and then a Saturday in August I was with my cousin and we got pedicures and manicures as we had been for the summer and when we got back, Landon was there already waiting for me. I wasn’t surprised because he was planning to come over. He wanted to get lunch though so we got in his car and he had me close my eyes. I was sitting there what felt like forever and then he got back in the car and we started driving. I know my way around town well so I tried figuring out where we were going by the turns. My guess was completely wrong.

We ended up at Lakeside Park by the rose garden and he told me to open my eyes and he had a vase of roses for me (because he didn’t feel it was appropriate to take roses from the parks garden). We walked around talking for a while and at some point in our walk he asked me count to 12 and for every rose in the vase, he told me a reason he loved me. I have a math minor and I counted 9 twice (which we still laugh at) so he had to come up with another reason. The last rose was a fake rose and told me that’s how long our love will last. Then he got down on one knee and when he opened the ring box, I was so excited that I didn’t let him finish asking me. I let him finish and said yes! Then we went to lunch and celebrated.

Landon and I had been looking at rings for a while and I picked out a couple I liked but I didn’t really find any that I loved. Landon happened to be looking online and he found a ring that he thought I would like and I did like it. They didn’t it at any of the 3 Kay stores in town so we had to drive 1.5 hours to a store that still had one. It was the best ring and most gorgeous ring that I’d ever seen. That was the one. It had the infinity twists of diamonds on the side with a half carat diamond in the middle. We left that day and ever since I was hoping it would be that one.

A couple days later, we looked online at it again (I couldn’t stop looking at it) and the website said that it was sold out. I was SO sad. Like really really really sad. At the end of the day though, the ring isn’t the most important part about getting married and there were some others in my top 5 that were great. When he proposed, I was excited for lots of reasons but he had THE ring! That’s why I didn’t let him finish, I was asking him questions about how he got one and I was just so happy. It turns out that there was a couple interested in the ring we drove to look at and the guy told Landon that when we were there. The day the website said that the ring was sold out, Landon called the store and asked if they still had it. They said yes the couple before was interested so the store put it on hold for Landon until he could drive to pick it up.